The climbers of the Eldorado Canyon in Colorado were surprised to find a remote “pop-up shop” hoisted on the face of the Bastille wall. Somehow, it has become a welcoming sight and a delightful resting place for weary climbers.

The idea of the pop-up store is among the newest in the retail marketing industry. In fact, its not like any other.

Two companies dared to aim higher than the rest.

The Work in Progress, a creative agency, came up with the concept and collaborated with 37.5 Technology which supplies advanced textile materials for adventurers. The idea of having a Cliffside Shop into the well-known Bastille Crack was made by the latter.

Only the well-prepared climbers can overcome the route which was rated 5.8 for its overall challenge. 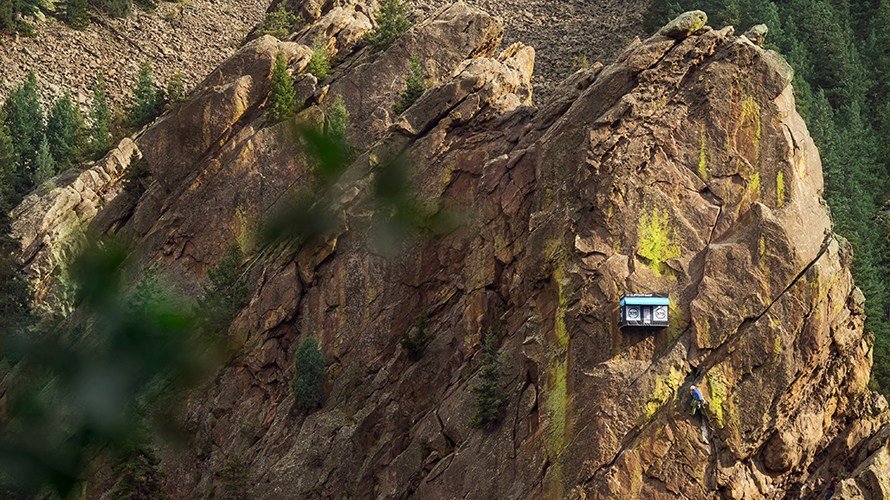 dding to the difficulty of the climb are the harsh climate conditions such as the rain, wind, and temperature fluctuations.

All these factors make the climb more difficult.

The friendly man handing blankets, sweatshirts, socks, and other warming gears was awarded as Employee of the Month after the risky feat and great deed. He was up there from sunrise to sunset for two days, popping up his head to warmly greet the chilling climbers and offer assistance. He served 70 people who were on their journey to the top.

It is for a cause. 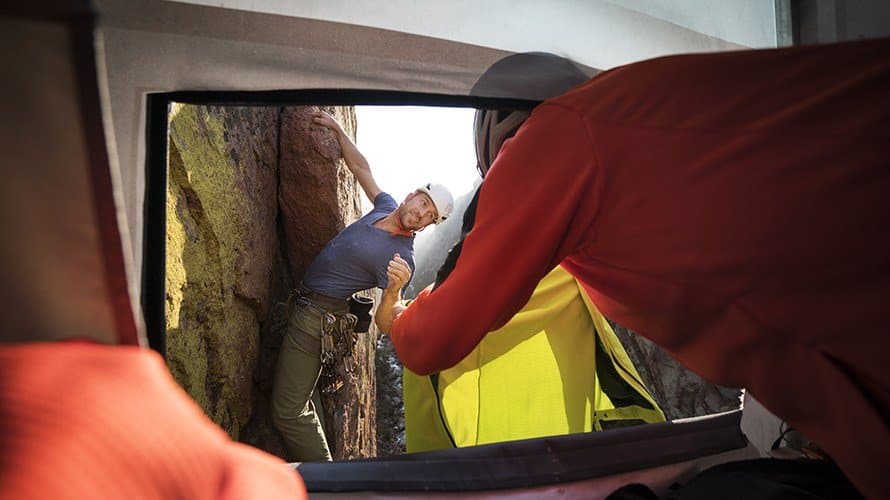 The event raised $15,000 which were distributed among three organizations who work for the conservation of the Eldorado Canyon State Park, for the improvement of the local climbing route, and for the awareness campaign on public land preservation.

Creative Director Matt Talbot of Work in Progress hinted that there may be more pop-up stores in the extremest and remotest locations in the near future.