We recently came across this heartwarming real-life love story and we really couldn’t help but share it with you guys.

Colin Dunn, 84 years old, and his longtime partner Sally Smith, 82 years old, have finally decided to tie the knot after 44 years of being together. The couple first met in 1972 at the bar of a social club where Sally works. Colin frequents the place to unwind after work every weekend.

A former lorry driver, Colin said that Sally used to serve him whenever he went there and it all started from there.

After 44 years of being together, Colin Dunn, 84, and Sally Smith, 82, finally got married. 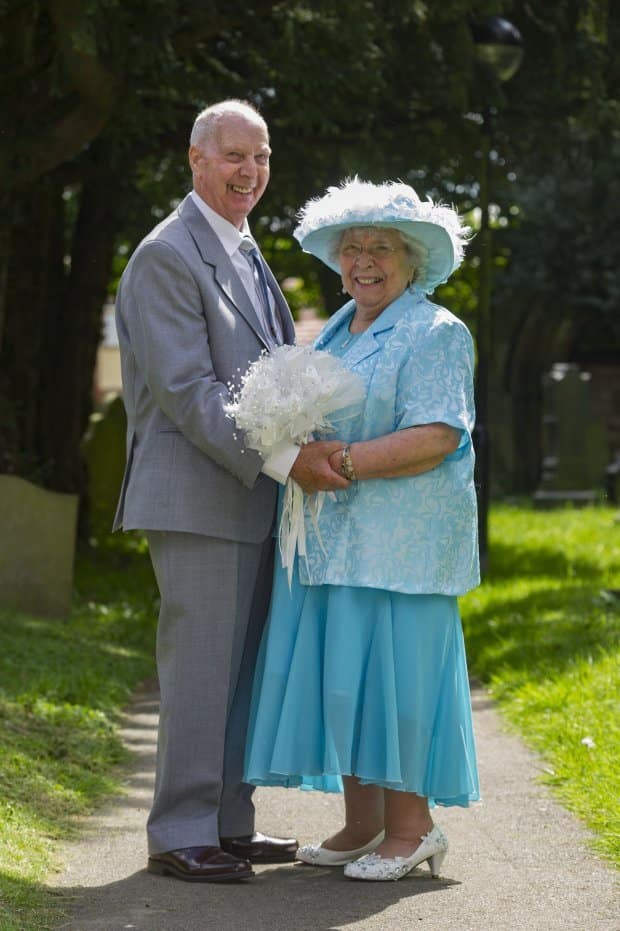 “We got chatting and she got used to me going in. Eventually, I asked her out.”

“Marriage never entered my head… We were always so busy,” admitted Colin. 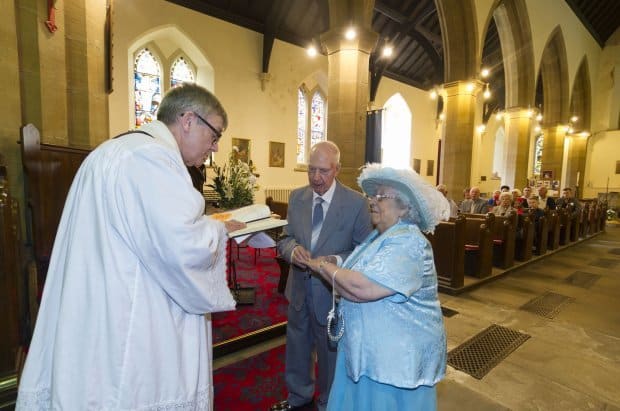 Sally had four children from a previous marriage but Colin didn’t mind. They started going out and fell in love with each other. Surprisingly though, the sweethearts only got engaged last year.

“Marriage never entered my head at that point. We were always so busy looking after the children or going on holiday to Blackpool.

“All of a sudden the children were growing up and leaving home and it was just me and Sally, so we thought it was finally time to become man and wife.” 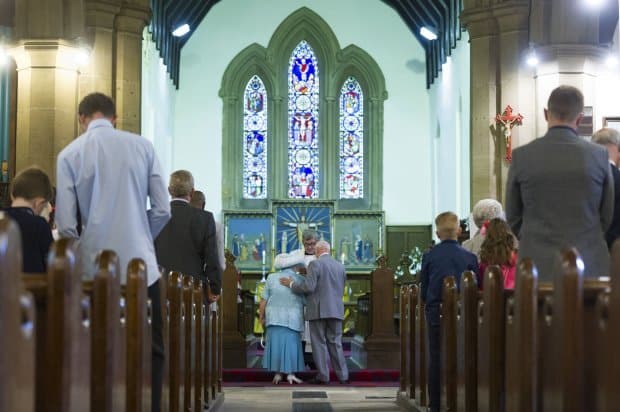 The death of some beloved family members, however, became the wake up call for both.

Following the death of family members, the couple realized it may be time to tie the knot at last. 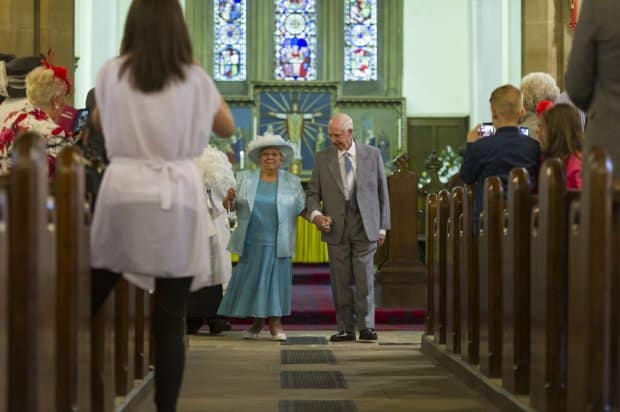 “Just before last Christmas I lost my brother Harold and shortly before that I lost my eldest brother too.

“We were going through a bit of trouble and we started thinking what if this happened to one of us? We decided we wanted to be man and wife.”

Colin and Sally got married at St Mary’s Church in Middleton, England. 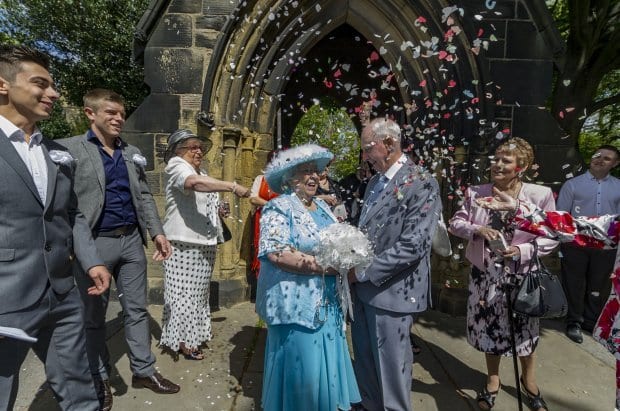 So recently, Colin and Sally officially got married at St Mary’s Church in Middleton, England. The ceremony was attended by 100 of their closest friends and relatives. After the event, the couple headed for a meal at the social club where they first met.

“It was worth the wait. The day was lovely, even the weather. We had a beautiful cake at the reception but the highlight for me was actually getting married.”

“It was worth the wait,” said Sally. 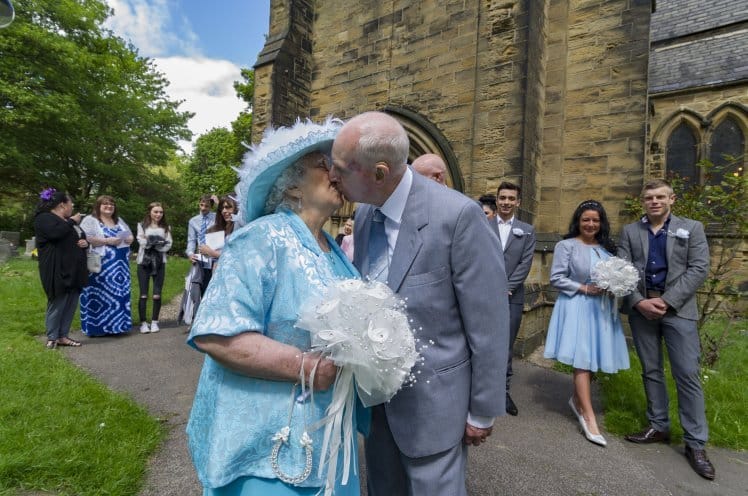 Colin, on the other hand, looked back at what made their relationship work:

“It’s the little things – if she falls asleep, I wake her up when it’s time to go to bed. I make her meals and make her tea. We’ve had little fall-outs over the years, just like everyone, but we have the same views and we always agree on everything.

“We have always been happy.”

I think I just shed a tear. Congratulations, Colin and Sally!