“Diamonds are a girl’s best friend” an age-old saying goes. Perhaps this is what was running through the mind of billionaire Joseph Lau when he purchased not one, not two, but a whole lot of diamonds and rare gems for his daughters Zoe (13 years old) and Josephine (7 years old).

The most recent diamond to be in the possession of the Lau family is the rare 12.03-carat “Blue Moon” diamond. It was purchased over the phone at a Sotheby’s auction in Geneva last Wednesday. The diamond was auctioned off for a whopping $48.4 million, making it the world’s most expensive diamond per carat. Initially, the buyer’s identity was kept anonymous being only referred to as “a HongKong buyer” but speculations arise when the diamond was renamed “Blue Moon of Josephine” raising questions as to the new diamond owner’s identity. Lau’s assistant later on confirmed with CNN that indeed it was Mr. Joseph Lau who purchased it for his daughter. 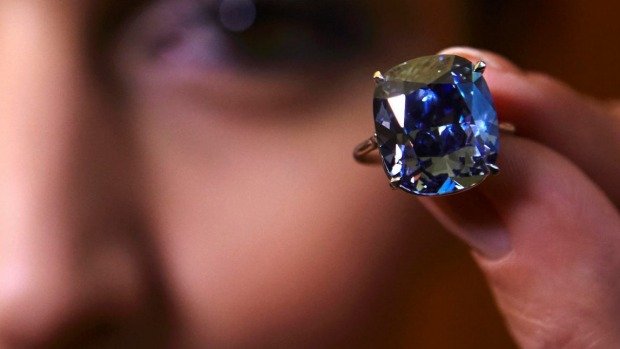 But aside from buying the most expensive diamond in the world for his 7-year old; people became even more aware of Mr. Lau’s grand actions when a day before he bought the Blue Moon diamond, he also purchased a $28.5 million 16.08-carat pink diamond from Christie’s auction and named it “Sweet Josephine”. 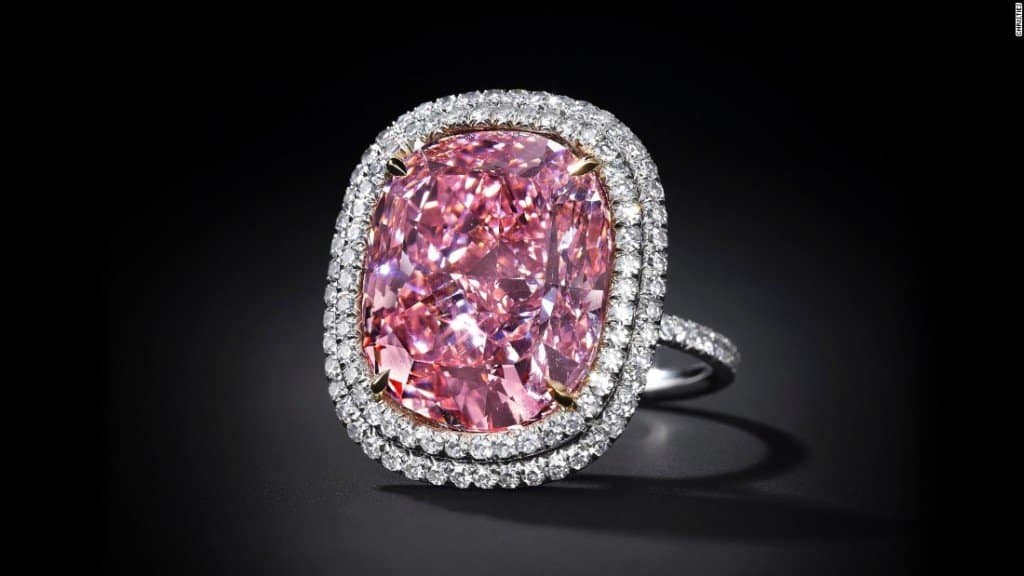 Further check on Mr. Lau revealed that he has a history of buying expensive jewelry (such as an anklet) and dedicating it to his daughters. 13-year old Zoe also has jewelries named after her such as the $32.6 million, 9.75-carat blue diamond named “The Zoe Diamond”.

She also has a 10.10-carat Burmese ruby and diamond brooch priced $8.43 million named “The Zoe Red”.

Joseph Lau, who is a HongKong business tycoon owns Chinese Estate Holdings, a property and real estate company. He is recognized by Forbes as the 114th richest person in the world with a networth estimate of $9.8 billion. Aside from buying expensive jewelries for his daughters, Lau is also an art and wine collector. One of his prized possessions is an Andy Warhol pop culture portrait of Chinese leader and philosopher Mao Zedong with an estimated worth of $17.4 million.

The 64-year old billionaire sure is a gallant man not only to his daughters but also to his lovers. Apparently one of his extravagant gestures include building the most expensive retail complex in HongKong which he named “The ONE” dedicated to his girlfriend.

Ironically, this lavish gift-giver and now the owner of the world’s most expensive diamond is labeled a convicted criminal in China for a plunder case, bribery and money laundering. He escaped his 5-year prison sentence in China and propagated his businesses in HongKong. Since there are no extradition laws in China, it is likely he will remain free to spend his money as he likes.

Mr. Lau and his daughters

What can you say about this father’s gift to his children? Was it extravagant and lavish? Or was it just a gesture of a father’s love for his priceless daughters? Share your thoughts on the comments below.