Tara Lesher graduated from college with a degree in education, but she is now living her passion as a creative photographer. Her specialty is children’s creative portraits.

Since most kids tend to take words literally, it inspired Tara to create these amazing digital manipulations. Her new series, called “Idioms,” is all about putting an image in our minds whenever we say or hear these popular idioms. Check out her work. 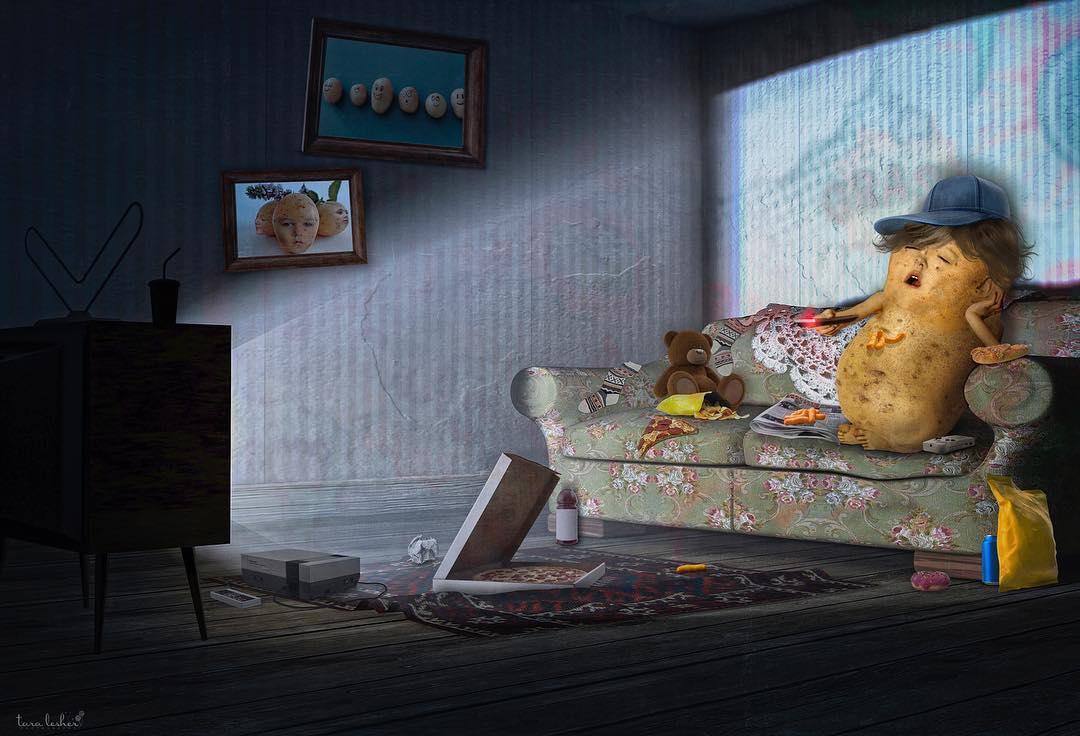 Used when someone watches too much television. 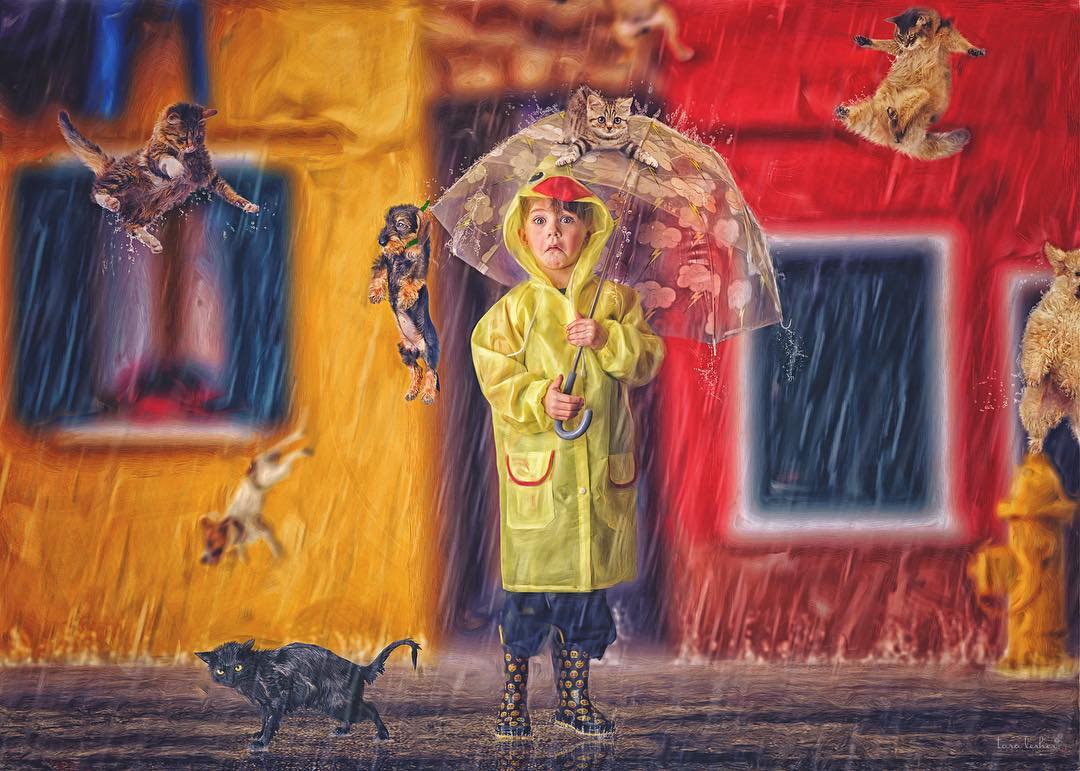 Used when there is an unusually heavy downpour. It simply means “a heavy rain.”

3. Heard it through the grapevine 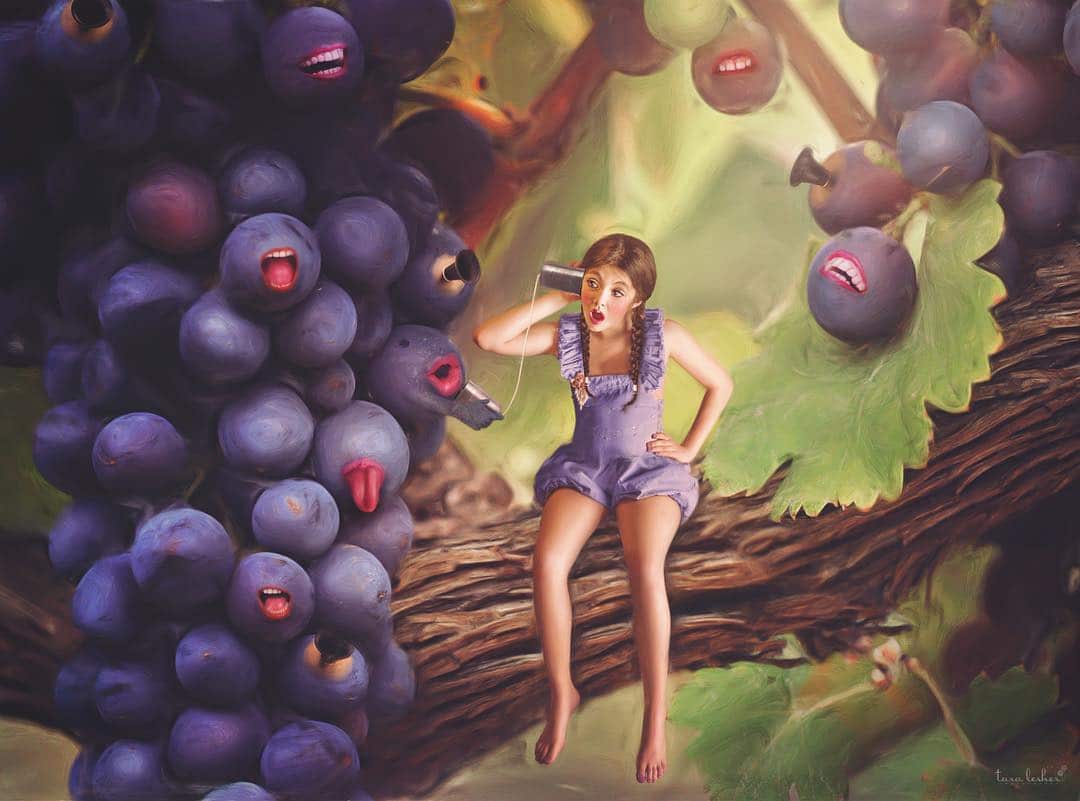 An indication that a piece of information was obtained via an informal contact.

4. Cat got your tongue 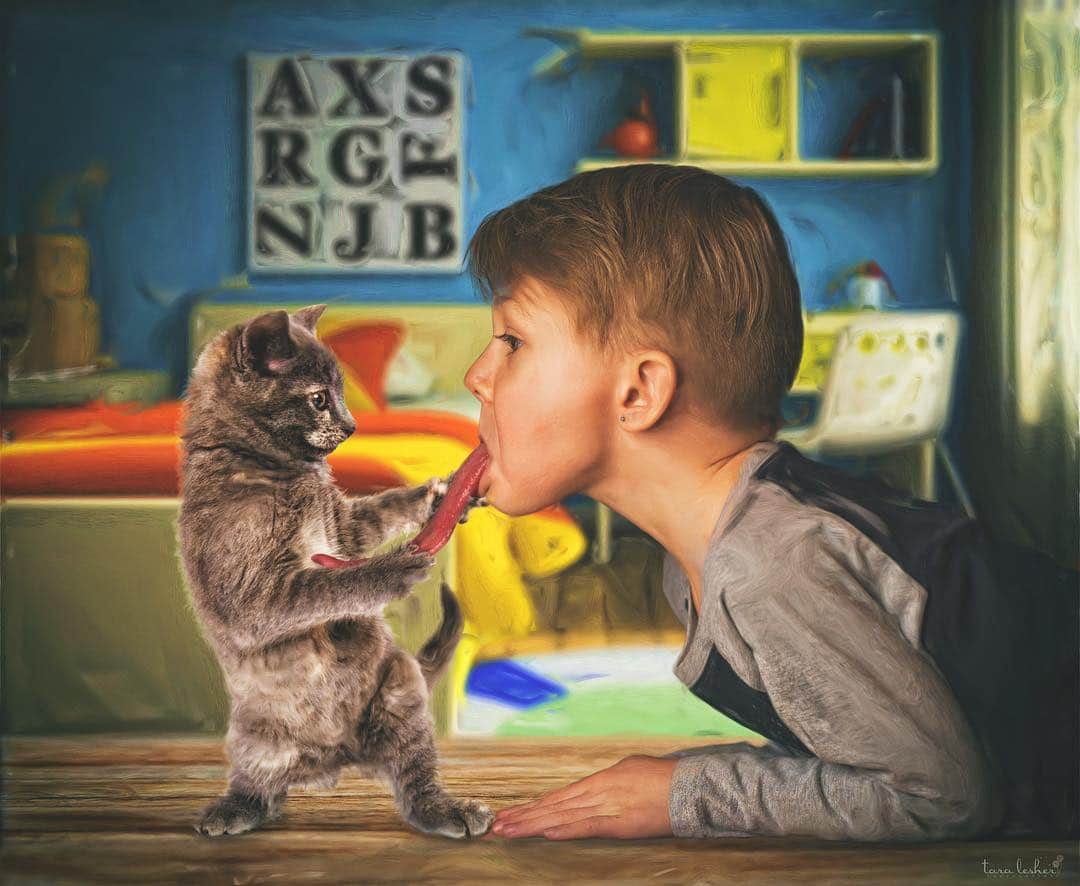 Used to compel someone to speak, say something, or give a response when they are (unusually) quiet. 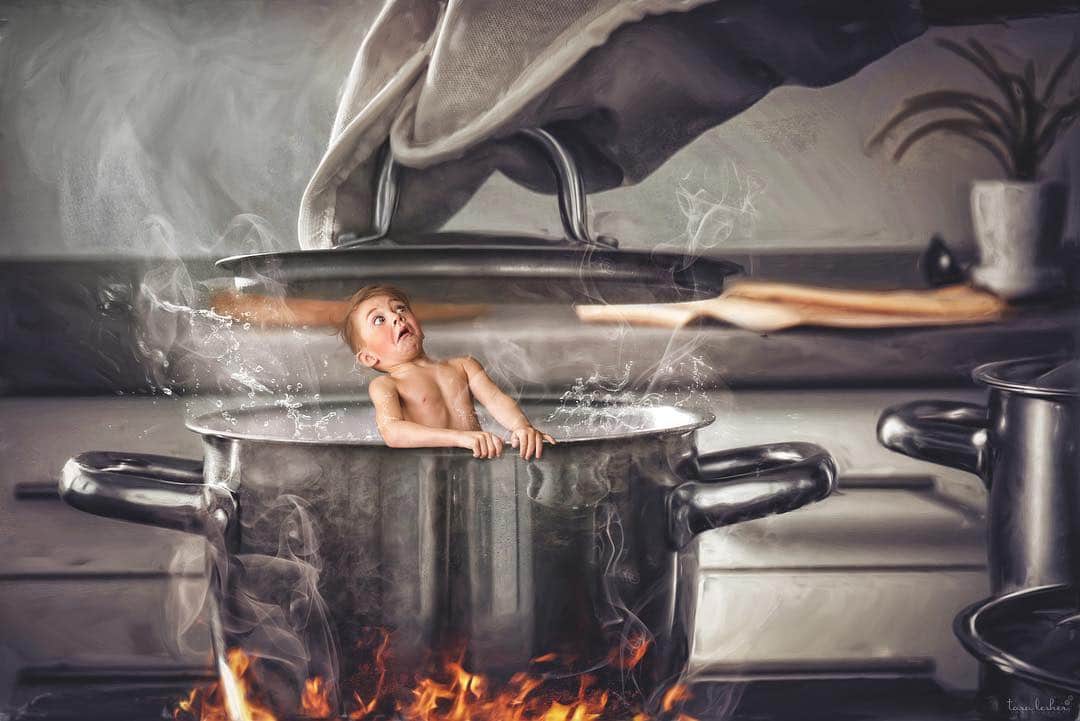 To be in or get into a difficult situation in which you are in danger of being criticized or punished. 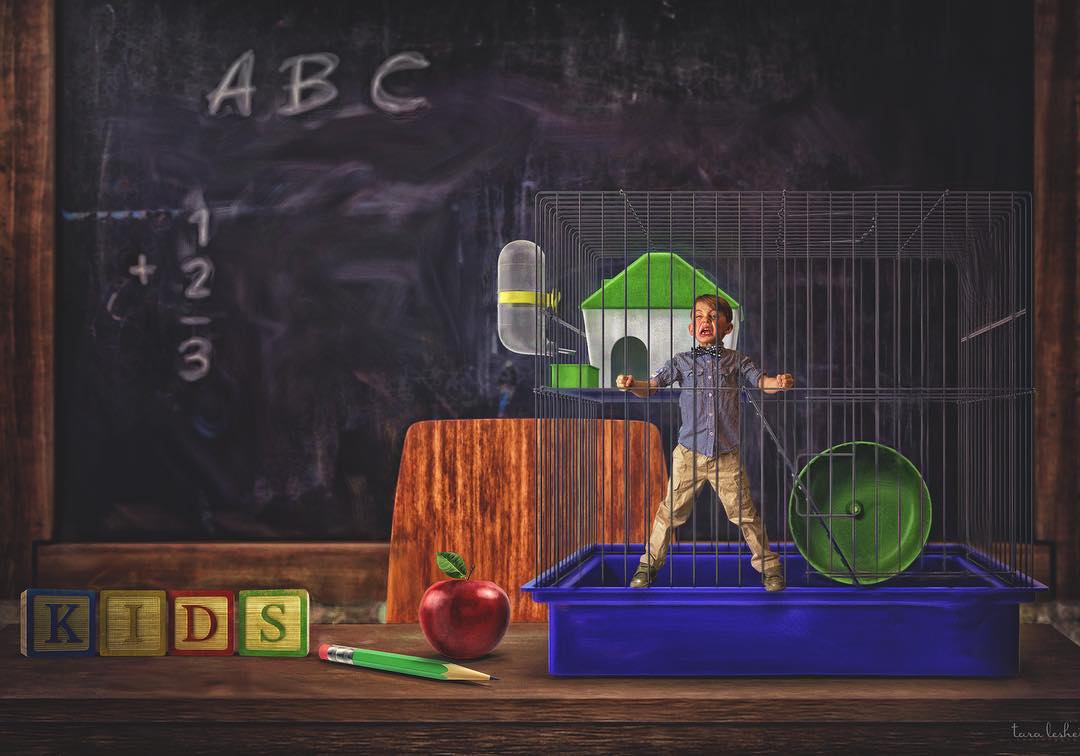 A name called to a student who tries to curry a teacher’s favor in hopes of a better grade. 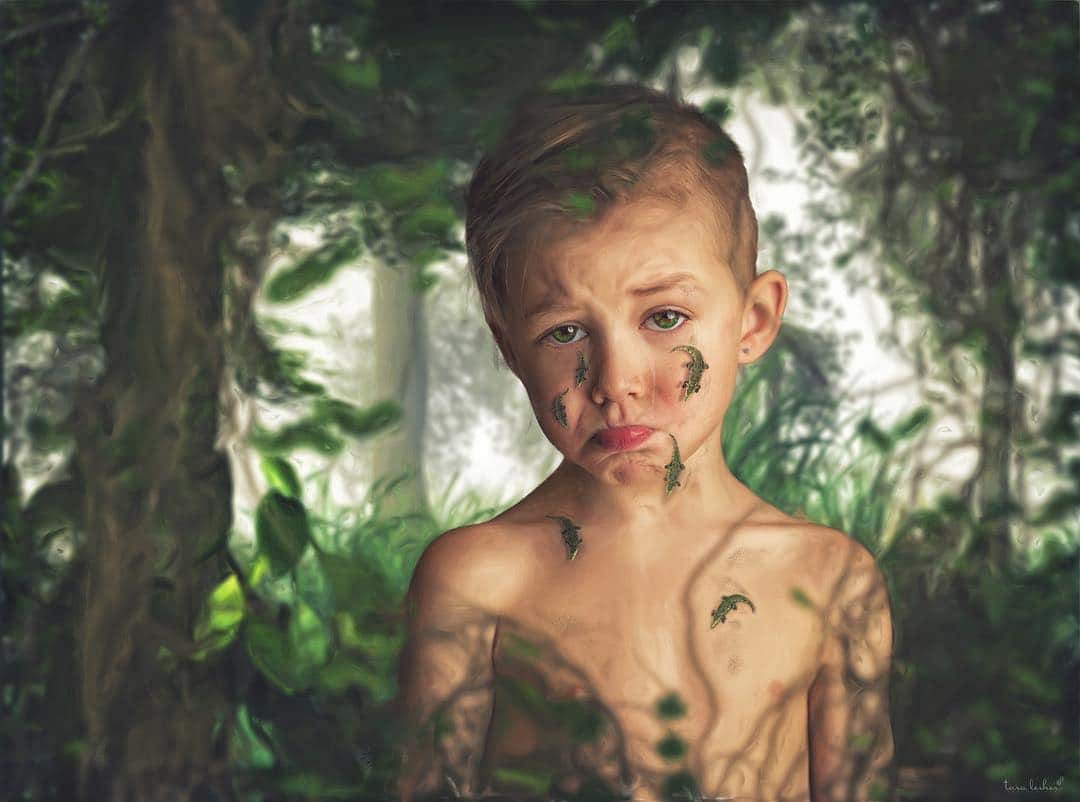 An insincere show of sympathy or sadness.

8. Frog in my throat 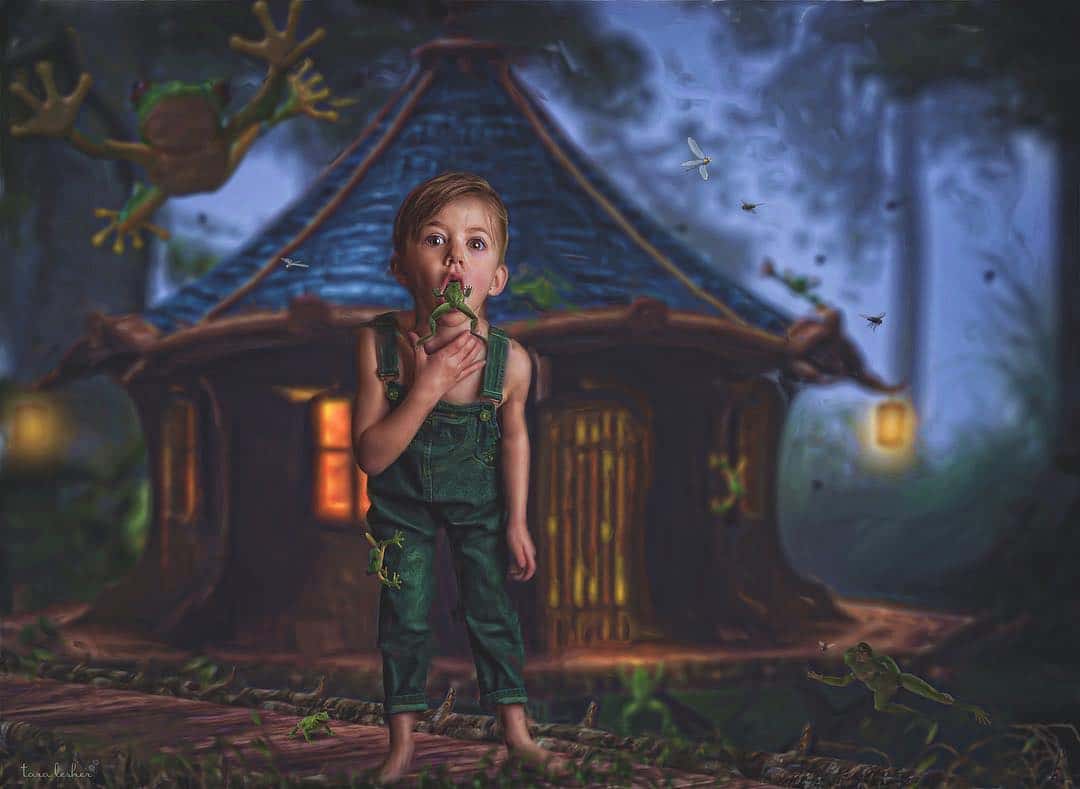 The feeling that something is caught or stuck in one’s throat.

9. Saved by the bell 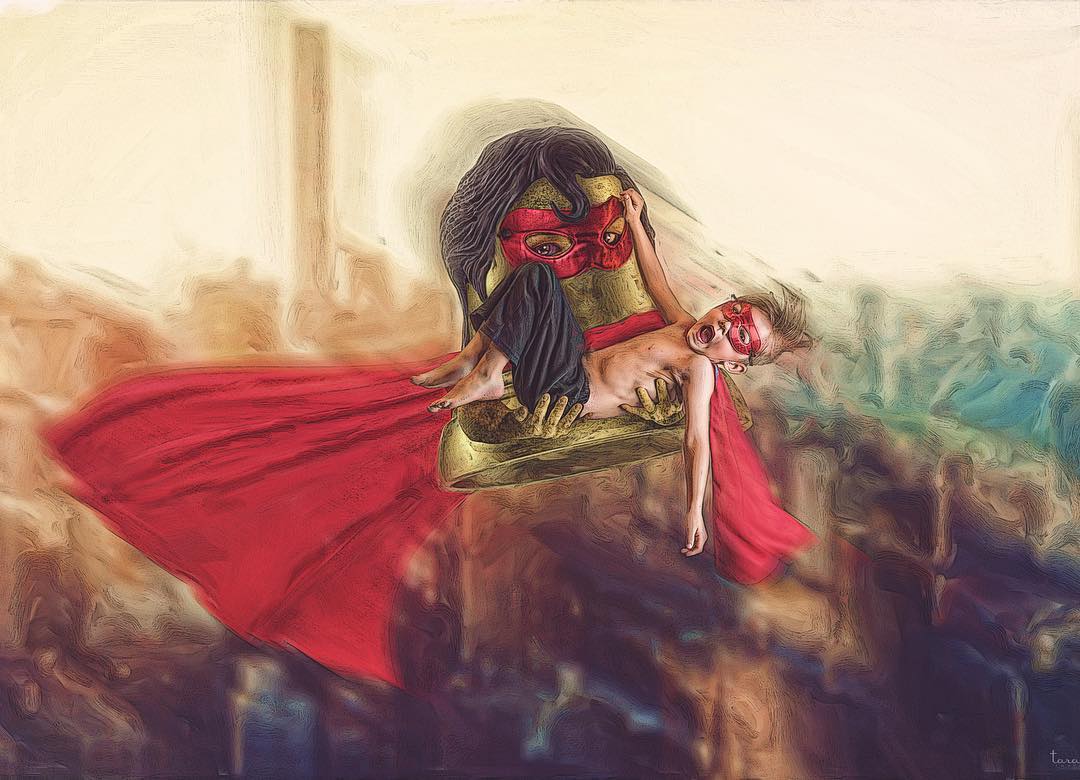 Expresses the idea that someone or something is rescued from a dire outcome in the nick of time.

10. Mind your own beeswax 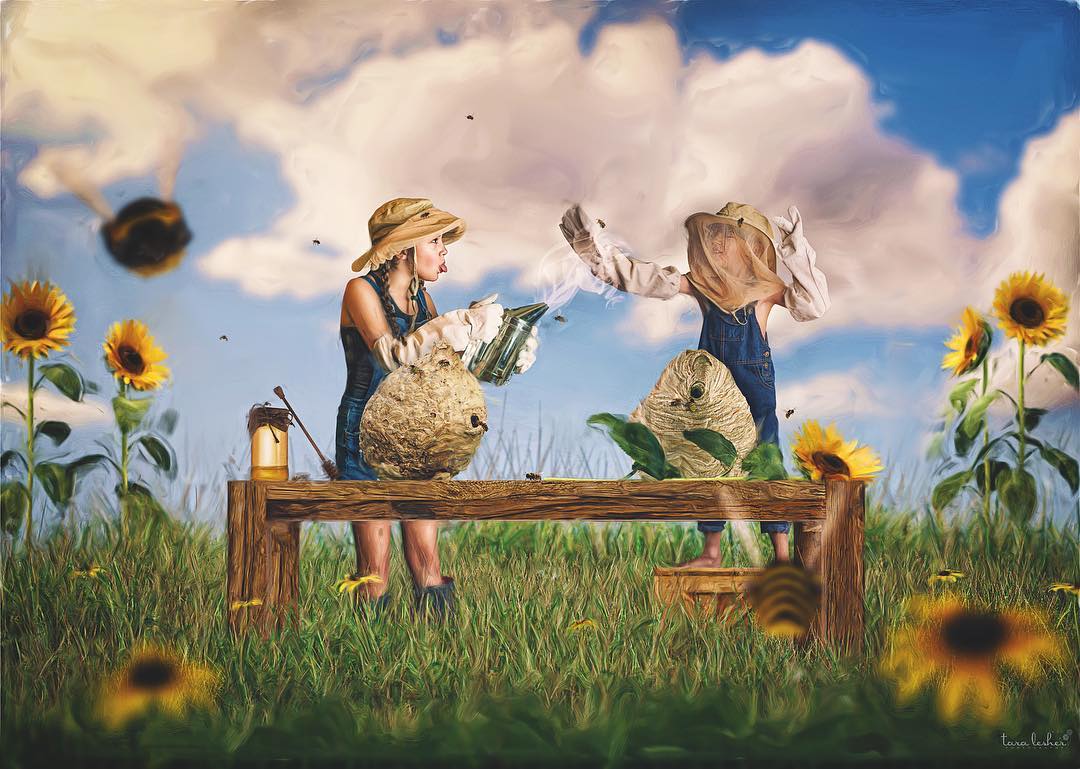 To mind one’s own business, to rudely tell someone not to stick their nose in your private affairs. 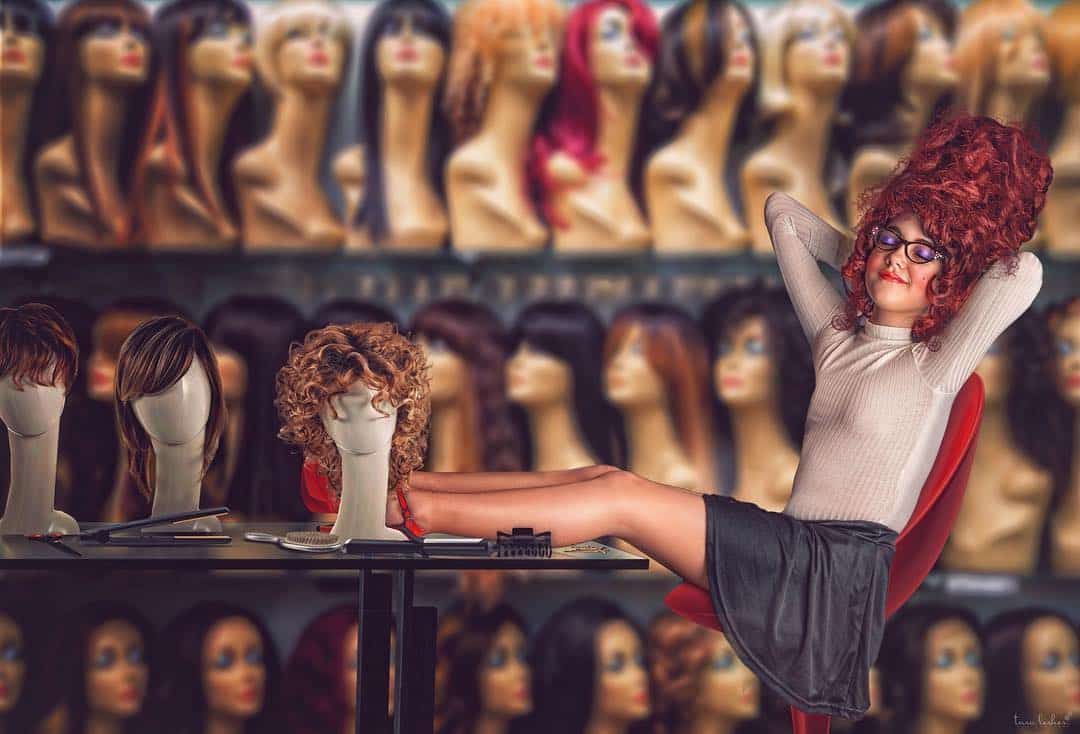 The most important or influential person, usually in an organization, business or government. 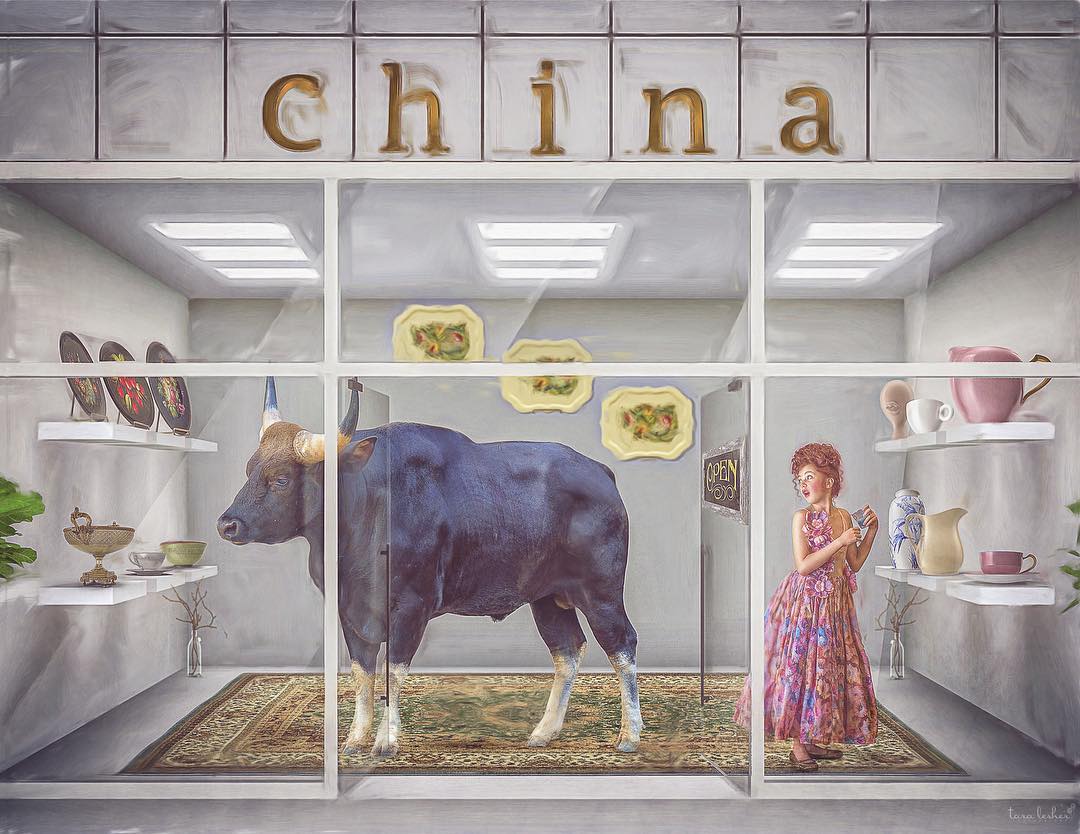 Someone who is very careless in the way that they move or behave.