A 20-year-old British Spiderman is proving to the world that everyone is capable of being a superhero.

Every night, a man clad in superhero costume is walking the streets of Birmingham, England with a mission to help the homeless people of the city.

Working as a bartender at daytime, the mysterious man who has been involved in volunteer work for years, purchases sandwiches using his own money and does his night rounds a few nights a week to deliver food to the needy. 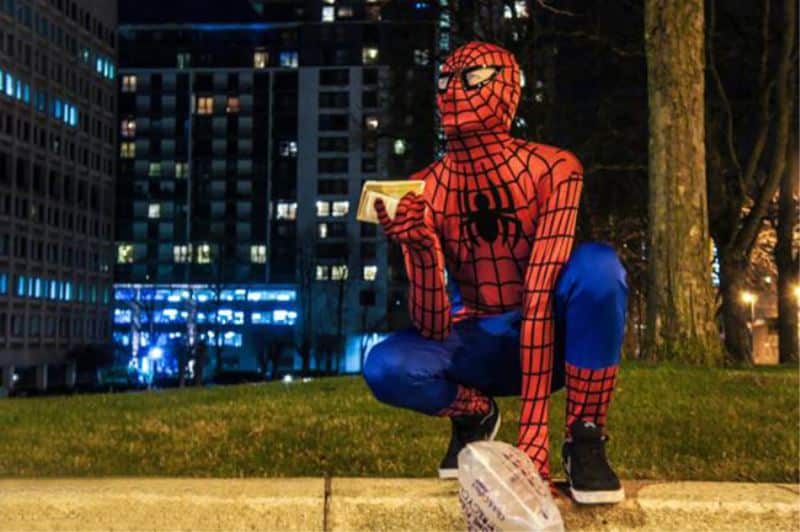 His good deeds, which he started about a month ago, have caught the attention of several members of his community thanks to his fun costume. 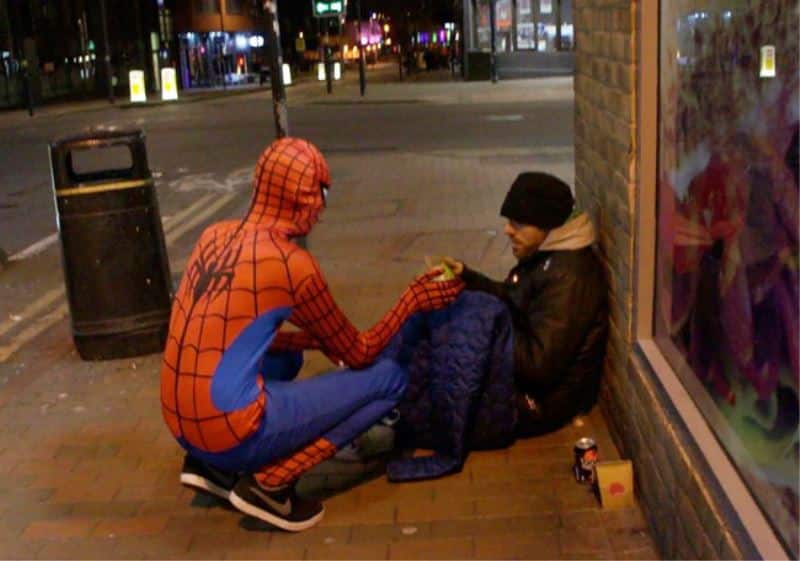 Speaking to Huffington Post, he said: “Before when I was handing out food, no one would take a second look. But when they see Spider-Man handing out the food they come over and ask what I’m doing and are really interested. Most importantly [they] become inspired to get involved themselves.”

Although donations have started coming in, the masked crusader refuses to accept it. Instead, he encourages people to directly get involved.

Watch British Spiderman give meals to the homeless.