A freelance writer’s opinionated Facebook post about people’s reproductive plans has earned widespread internet praises from her friends as well as strangers.

To get attention, Bingham uploaded a snap of a random ultrasound and posted a lengthy message urging people to stop asking anyone about their reproductive plans.

“Now that I got your attention with this random ultrasound photo… this is just a friendly P.S.A. [public service announcement] that people’s reproductive and procreative plans and decisions are none of your business,” she wrote on Facebook. 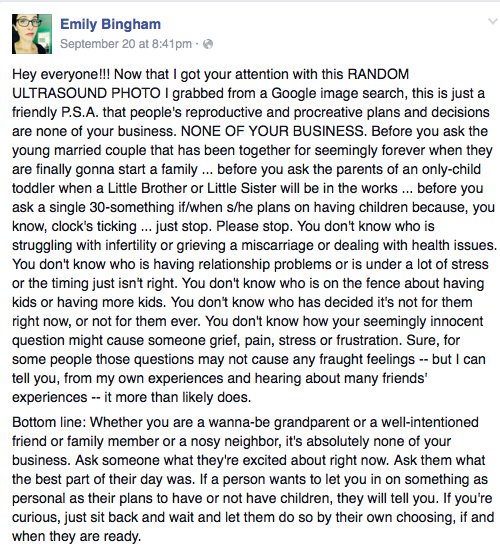 “You don’t know how your seemingly innocent question might cause someone grief, pain, stress or frustration,” Bingham explained.

Instead, Bingham encouraged people to just ask others what the best part of their day was or what they’re excited about at the moment.

Her thought-provoking post has been shared over 30,000 times on the social network. Friends as well as strangers expressed their support on Bingham’s passionate post.

In a separate comment, Bingham revealed that the tirade was inspired by a friend who went through the difficulty of a fertility treatment for a year and finally conceived a baby. Barely a month after Bingham’s friend gave birth, she was asked when ‘baby No. 2’ would come.

Although Bingham did not elaborate on the matter, she also disclosed that she experienced being asked such questions. 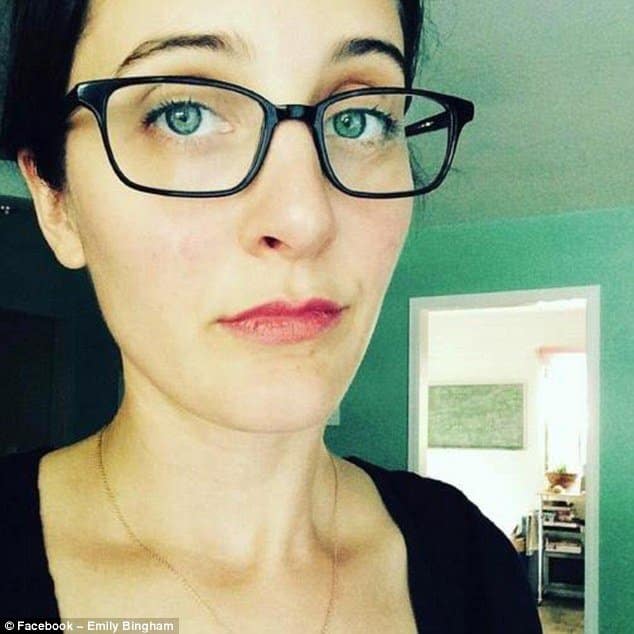