The internet is filled with crazy things every day. However, you can still come across some adorably wholesome stories every now and then. For instance, a Twitch streamer recently fell asleep during a stream thinking nobody was watching him. When he finally rose from his nap, he found that he had more than 200 viewers.

Twitch streamer JesseDStreams was minding his own business when he logged into the live streaming video platform. He logged into the Just Chatting category and was just watching TV, eating, and not really interacting with anyone. However, JesseDStreams eventually fell asleep, perhaps out of boredom. What he didn’t realize is that people started watching him while he was taking a nap.

He made money while napping. The man is a legend! 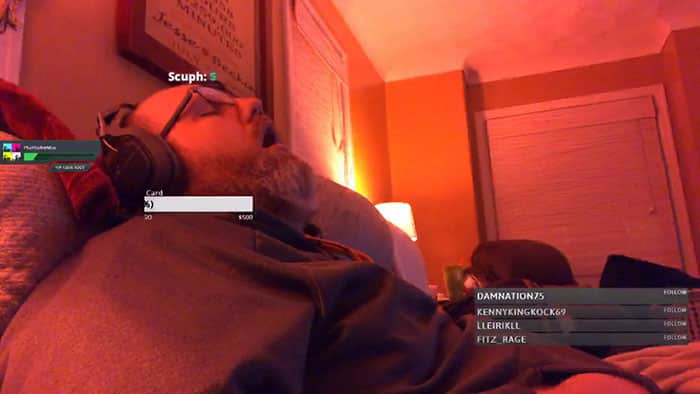 People weren’t just watching JesseDStreams as he slept. Most of them actually donated to the streamer and possibly called on their friends to help out. By the time he woke up, JesseDStreams realized that his 100 followers have grown to an amazing 1,000 followers in just 24 hours.

The viewers were also delighted when the man finally woke up. Several commented, “HE LIVES”, “HELLO JESSE”, and “WE LOVE YOU!” Needless to say, JesseDStreams was a little embarrassed but also happy to see that he had gained more followers during his three-hour nap.

Although it’s evident that JesseDStreams had a really good nap, his decision to go to sleep is actually illegal on Twitch. The platform’s Terms & Conditions strictly forbids sleeping while streaming. However, he’s hardly the first streamer to do so on the platform.

It’s still unclear if JesseDStreams will be penalized by the service. For now, it looks like he’s enjoying his newfound fame and might try to be more interactive with his followers in the future. In the meantime, it’s best to remember that even a napping streamer can be the most entertaining thing on the internet.