Just when we thought police officers are heartless and can’t be trusted, one is reminding us that there are still good cops out there. One police officer of Madison County, Tennessee is being praised by many for his compassion after a woman posted a photo of him and a homeless man on social media.

Elizabeth McClain, from Jackson, TN, took to Facebook to share a touching photo of the officer eating lunch with a homeless man as they sat on the side of the road. While most people would not even give this man a glimpse, the policeman didn’t only see him, he spent time with him. 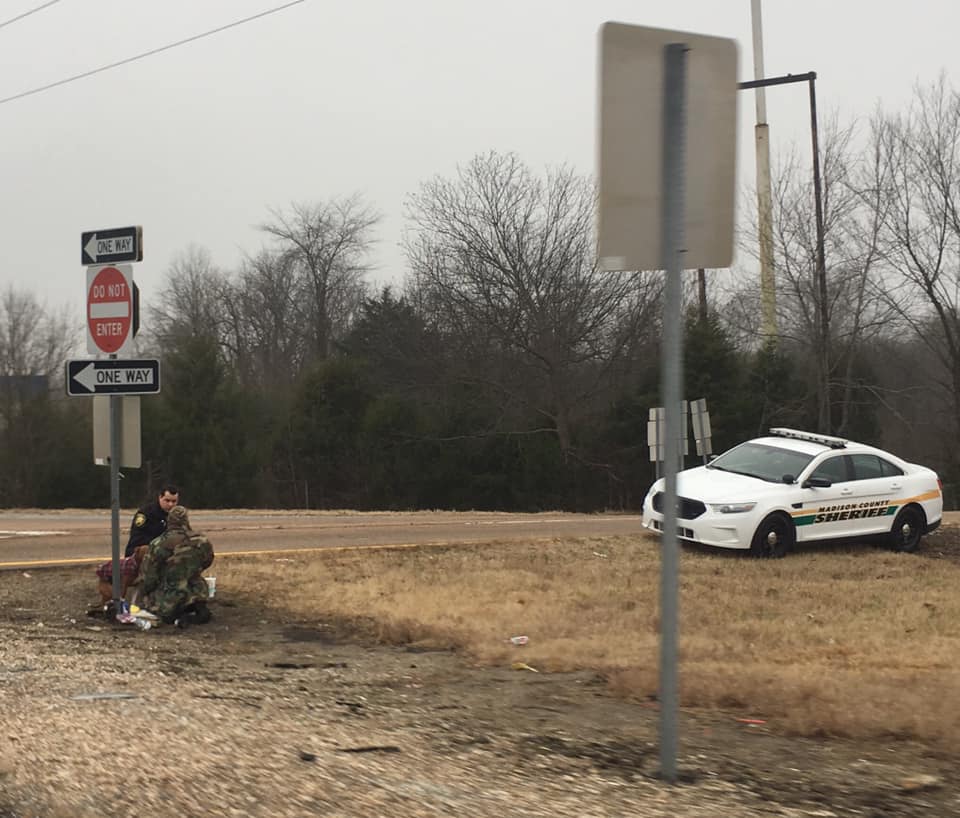 “Imagine this you are sitting on the side of the road, and for whatever reason, everything you own can fit in a backpack. It’s 42 degrees outside you’re lonely and hungry. You put your head down to try and forget the scream of hunger echoing in your mind. Then you hear the sound of an engine stop. You look up to see a uniformed officer walking towards you.”

She said that if you’re in that scenario, you might think that you did something wrong. But that is not what happened in Elizabeth’s story. The reason why the officer pulled over is to sit down with the homeless man and eat lunch with him.

“This is the side of law enforcement no one sees. Social media shows the tragedy and hides the testimony. This Sheriff’s deputy made a difference today, and no amount of hatred towards his profession can take that away.” 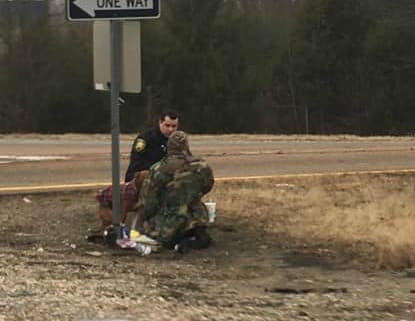 She added that despite all the negativity in the world, there’s still a lot of positivity out there.

“Among all of the troubles in today’s world, we all too often forget one important thing: that we are all just human…. Everyone deserves to feel important.”

News reports and social media rarely show the good side of law enforcement officers, but this particular Sheriff’s deputy certainly did something remarkable that no one can deny.