If you are a fan of fun pranks, you’ve probably come across one of Hooman’s Shampoo Pranks on YouTube.

Since joining YouTube in 2014, Hooman Nouri of HoomanTV has done about five of these shampoo-related pranks and several videos showing him picking up girls “using my own goofy style that actually seems to work so far,” the about section of his channel tells us. His aim, of course, is to make his viewers “smile more.” 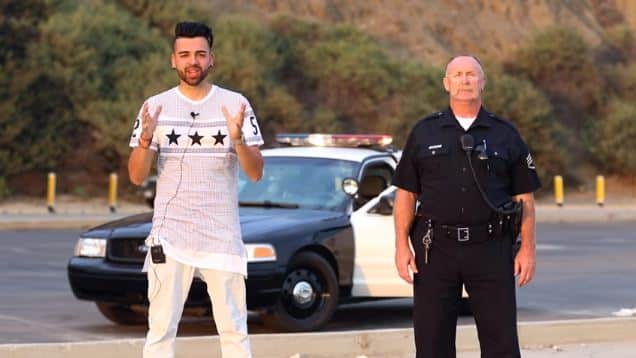 Now he’s back with the sixth installment of his popular practical joke and it got even more hilarious because this time, he invited a ‘movie police officer’ to join the fun.

As always, he waited for people to shower and he kept pouring shampoo on their hair. 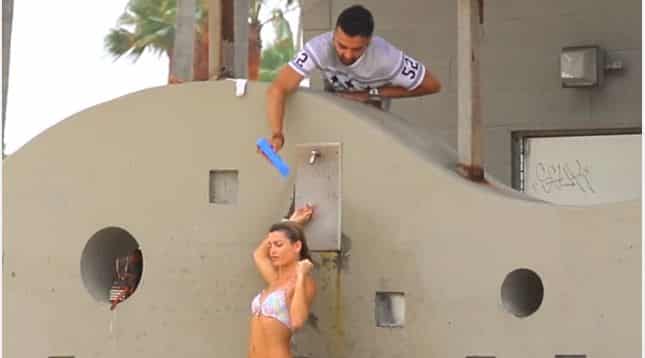 As always, Hooman waited for a few victims in a public bathroom as a hidden camera from afar took footage of everything. When people started showering, he would pour out some shampoo on their hair, making it impossible for them to get done anytime soon.

Naturally, people were pissed. One guy asked “What kind of f***king shampoo is this?” 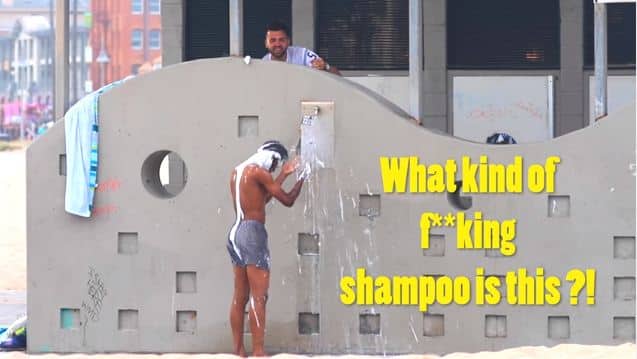 The prank definitely got in their nerves! One girl kept exclaiming “What the heck” while another guy angrily asked “What kind of f***king shampoo is this?”

Eventually, the cop came over and told them they were “wasting time, wasting water, and polluting.” 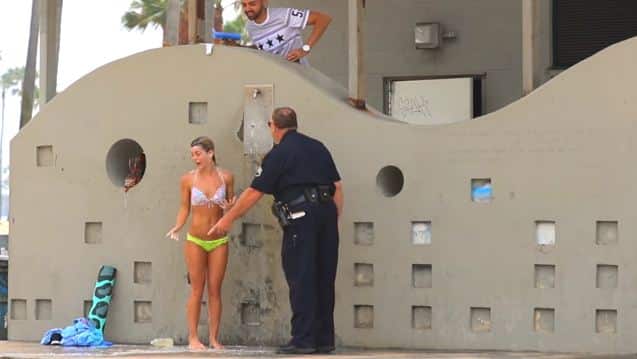 As if that wasn’t enough, the fake police officer eventually approached the poor victims telling them that they were “wasting time, wasting water, and polluting” the area. The people protested and the man even asked “Are you doing this because I’m black?” – which prompted laughter from people in the background.

Unlike him, they had an idea what was actually going on.

Honestly, I couldn’t stop laughing while watching this one. My favorite part would be that man who repeatedly smacked the wall out of frustration haha!