Extinguishing a fire is no easy feat, especially if it’s a huge one.

That’s why in most cases, the most appropriate action is to simply secure your loved ones, grab what you can, and, of course, run for your life. Also, getting in touch with professional firefighters should be done right away. You want to let them handle the job. There are, however, brave individuals who do their part in trying to put out fire as well.

When we say these two security guards attempted to combat a raging apartment fire, we mean nothing heroic about the act.

These guys look like they’ve been trained by Mr. Bean. Or maybe the Three Stooges? We’ll leave that for you to decide. Needless to say, their attempts turned out to be extremely pathetic, to say the least.

These security guards tried to “help” when fire raged in the apartment. Their video eventually went viral. 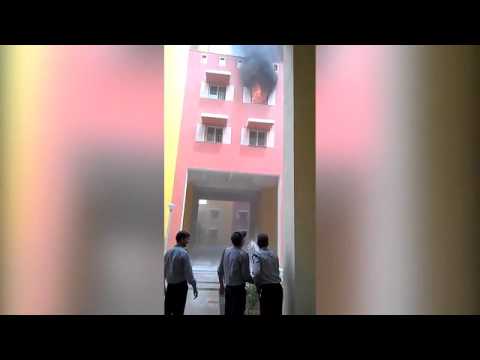 Their video has since gone viral and netizens across the world have been amused with their heroic attempts – if you can call it that.

“Well at least they fu#%ing tried. What did you expect? They are just security guards.”

Eventually, Firefightingnews even took the time to tweet about the duo here:

Completely unbelievable! These guys are so stupid, they’re actually funny. How could anyone think of using a simple garden house in extinguishing a fire so big and is raging in the upper floors, right?