For those who do not know, it is only the Church that has the power and right to declare a person a saint. Apparently, though, not every saint in this world is human. There are those who have not really existed, while some are believed to be animals.

But if they have one thing in common it is none other than the power to heal, though some are hailed for their acts of heroism. Either way, the Church does not recognize nor consider them as saints. We here at Elite Readers compiled a list of these unrecognized saints. Check them out below! 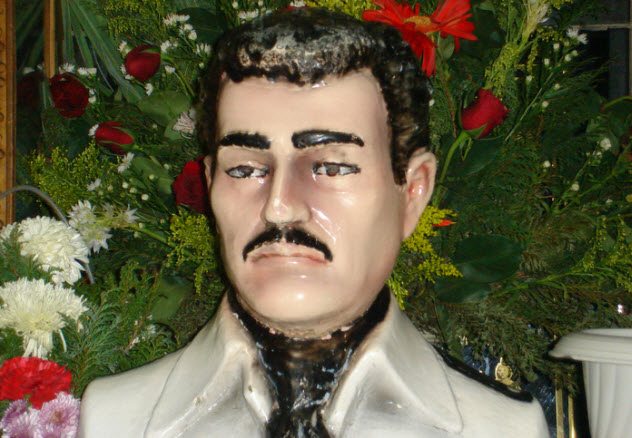 Jesus was known to be a railway and construction worker, but he later became a bandit. But like the titular tale of Robin Hood, this guy also stole from the rich and provide to the poor. Although there has been no evidence linking him to peddling drugs, he is believed to be a patron saint of drug dealers. The latter individuals, in fact, consider him as a savior who will save them from the police. Heck, these dealers would often visit his grave in Culiacan, Mexico just to seek his blessings. 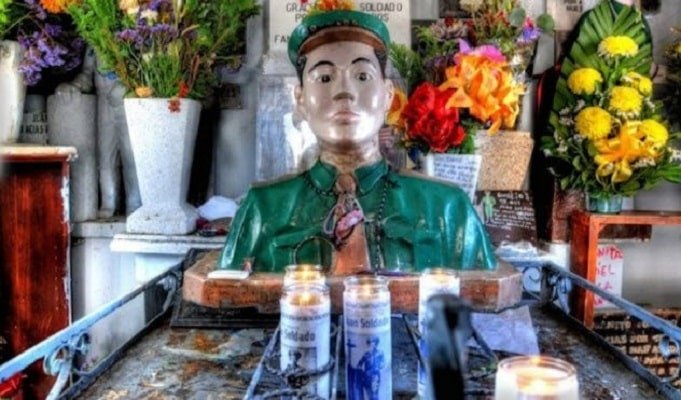 If you see an individual praying near the US-Mexico Border, there is no doubt that he/she is praying to Juan Soldado. Known as the Saint of Migrants crossing the said border, Juan was actually a soldier in the Mexican Army. He served in the US-Mexico border located near the town of Tijuana. Unfortunately, he was arrested for allegedly raping and murdering an eight-year-old girl. And although his wife claimed he never did such, Juan reportedly confessed to the crime. After his execution, reports of his blood coming out of his grave quickly spread. This led to people believing that Juan’s grave could do miracles. And yes, the rest was history. 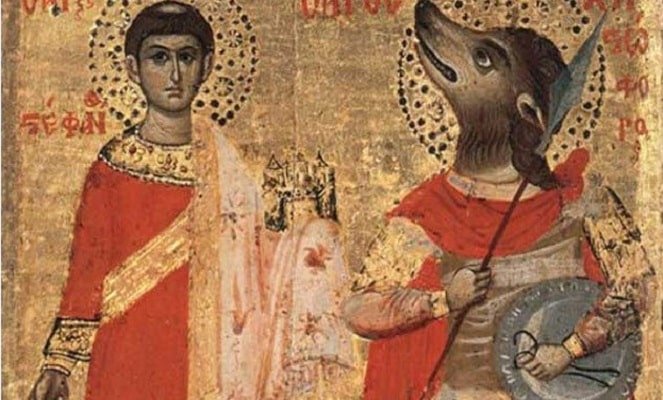 Guinefort was a dog owned by a nobleman in France. This creature earned praises after it saved the man’s son from the snake. Unfortunately, though, the nobleman did not think that the dog saved his son at first. He thought that it was Guinefort that tried to kill the baby. Soon enough, he realized what really happened and pursued erecting a shrine for the dog’s heroic acts. Interestingly, the shrine began to receive prayers from people asking for protection for their children. Of course, the Catholic Church was not impressed, as they thought it was a cult in development. This led to the destruction of the shrine in 1262, though people still offered gifts and prayers to Guinefort several years later. 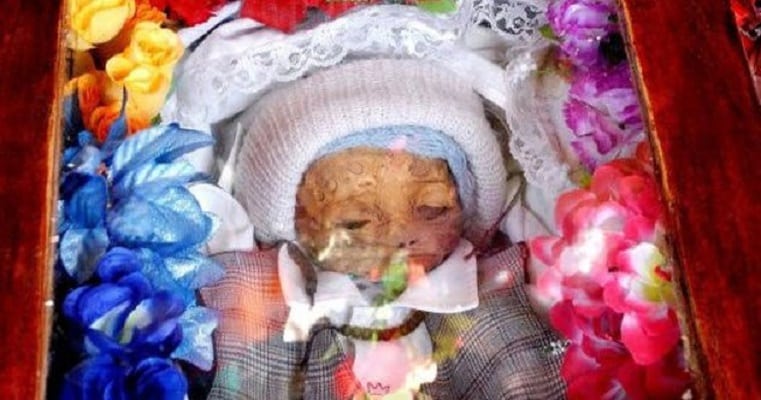 Miguel died when he was still a baby due to meningitis. His death did not get any attention until 1973 when a heavy rainfall unearthed his coffin. A cemetery worker discovered his well-preserved body as if Miguel did not die at all. And mysteriously, his coffin would lift open despite placing heavy stones on top of it. Soon, his mother Argentina Gaitan would open his coffinn to visitors believing that Miguel’s dead body could do wonders. They would touch his head, offer their prayers, and even provide tithes and offerings. 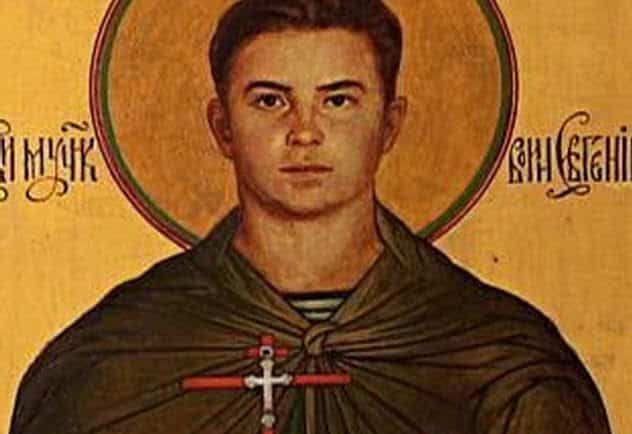 Yevgeny was among the Russian soldiers executed by the infamous Chechen rebels. Before he was sentenced to death, the rebels gave him the option to save his life as long as he would denounce his faith. He did not, though; hence he was hailed a martyr. Interestingly, when his body was exhumed, he still had the cross on him. His portrait, in particular, is quite popular in Russia. Soldiers would also kneel in front of his portrait, asking for protection and blessings. 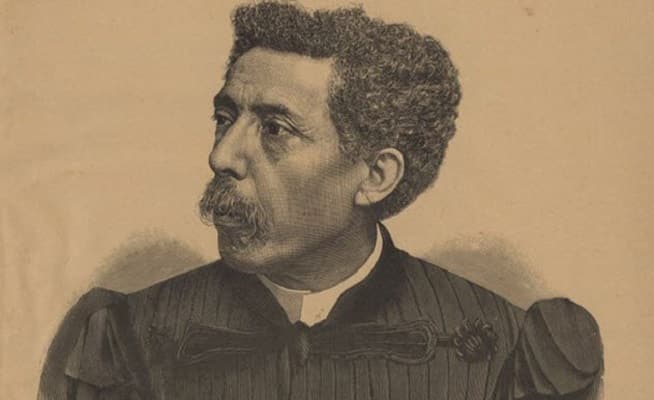 This one here was both a Portuguese doctor and pharmacist who became famous for treating the poor people of Lisbon, Portugal. Known for curing people with tuberculosis, he later committed suicide after contracting the disease himself.

It was only a matter of time when people hailed him for his actions and thus formed a cult. As a matter of fact, a statue was erected to immortalize him (though it became a de facto shrine sometime in 1904). 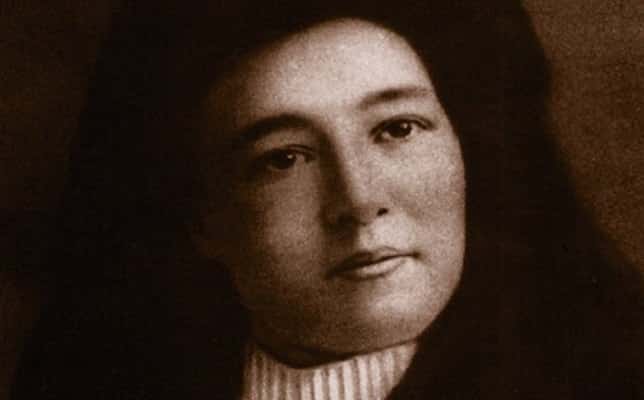 Also known as the Little Saint of Cabora, Teresa is believed to have mysteriously acquired magical healing powers after coming out of a coma. The first individual he cured was a cowboy who became paralyzed after a horse kicked him in the head. She reportedly touched him and was able to gain the ability to walk again. Although the Church did not recognize her and her ability, people – most especially those who had been cured by her – hailed her as a saint. There were even those who would cross the border just to seek her help. 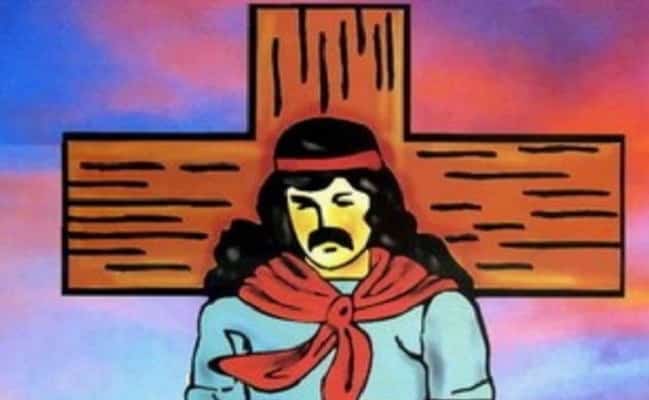 Gil was among the members of a certain political party in Corrientes: the Reds and the Light Blues. It became a norm for the parties to engage in battles, but Gil refused to fight when asked. He insisted that it was wrong and that both parties should consider themselves brothers. This led to the elders labeling him as a deserter and sentencing him to death. When it was execution time, Gil told the executioner that his son would become ill if the execution would happen. The executioner refused to believe and when he got home, he found his son terribly ill. He rushed to Gil’s grave to ask for forgiveness. Soon, his son got healed, and the legend of Gil’s miracles was born.

#2. Saint Sarah, Saint of the Romani 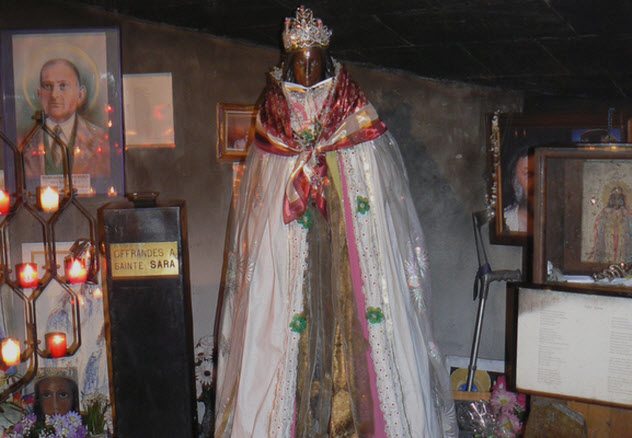 Called as Sara-la-Kali – or Sara the Black – the Romani would gather each year to honor Sarah. She is believed to be one of the servants of the Three Marys mentioned in the New Testament. A popular theory suggests that Sarah followed the Three Marys after they got expelled from Palestine by the Romans. Sailing on a boat, they landed in a town called Saintes-de-la-Mer (Saint Marys of the Sea). Although the Three Marys are stated and mentioned in the Bible, Sarah is not. Still, this did not stop the Romani from honoring her each May of the year. 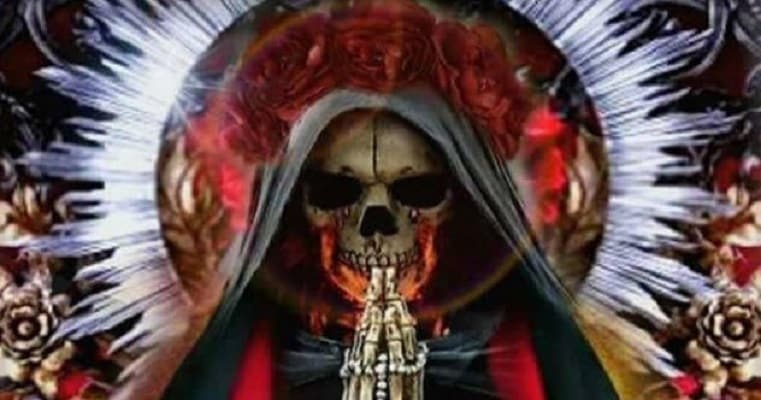 In Mexico, Santa Muerte is deemed the Saint of Death. But hey, she is worshipped by criminals and drug traffickers only. Interestingly, in the later years after her so-called canonization, she received a huge following among single mothers, the LGBT community, street children, drug addicts, and the unemployed, among others. Today, Santa Muerte has around 12 million followers and is considered as the fastest-growing religion in South America. Of course, as expected, this attracted the attention of the Catholic Church.