Man may have all the technology that gets everything done but at times, nature can gain control over things. In places that had abandoned buildings or villages, nature wins, which somehow shows that we are living a limited time on Earth and that nature exists longer than human life.

#1. Abandoned fishing village in Kirovsky, in the Kamkatcha peninsula in Russia 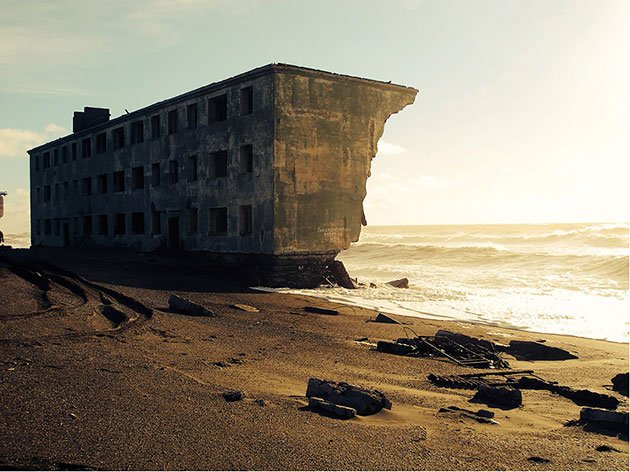 This was once a booming fishing village that became abandoned when the economy faltered sometime in late 1950’s to early 1960’s. During the time, there was a sharp decline in the fish population, which resulted in the end of the fishing industry in the area.

#2. This was once a beautiful railway station in Abkhazia 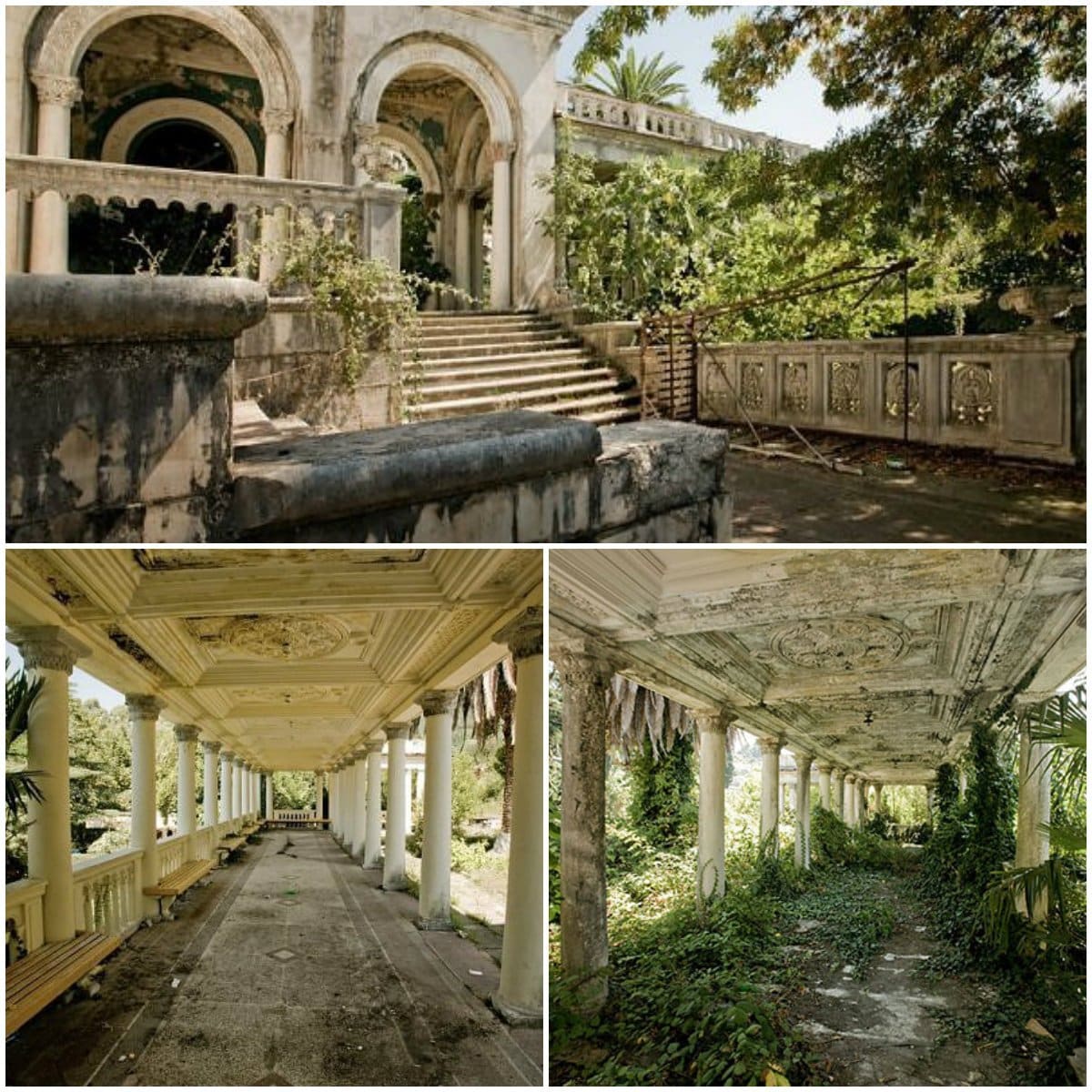 The colorful grandiose buildings existed at the height of the Russian Empire but since USSR collapsed in 1991, some of the buildings have been abandoned and one of them was this railway station in the former Russian territory, Abkhazia. 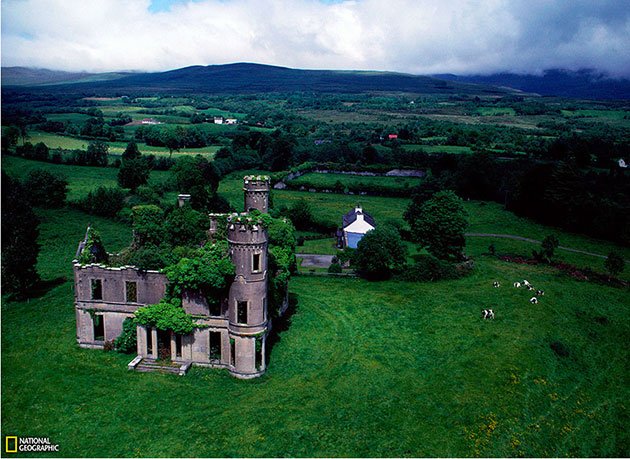 Ireland is home to ruins of abandoned estates and mansions that have slowly crumbled over the years. 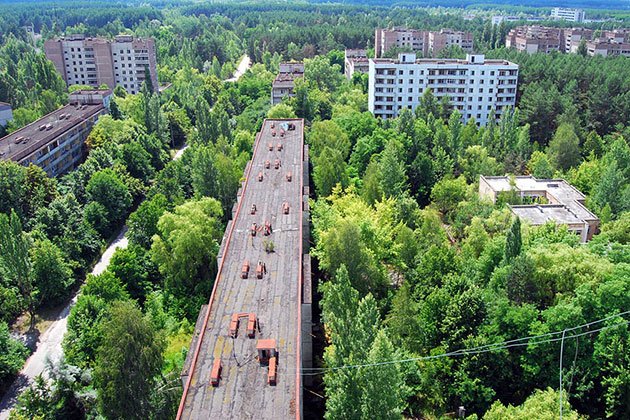 Pripyat in Ukraine was once a bustling city that was home to thousands of families and employees who used to work at Chernobyl Nuclear Power Plant nearby. The Chernobyl disaster, which occurred on April 26, 1986 turned this booming city into a radioactive ghost town. 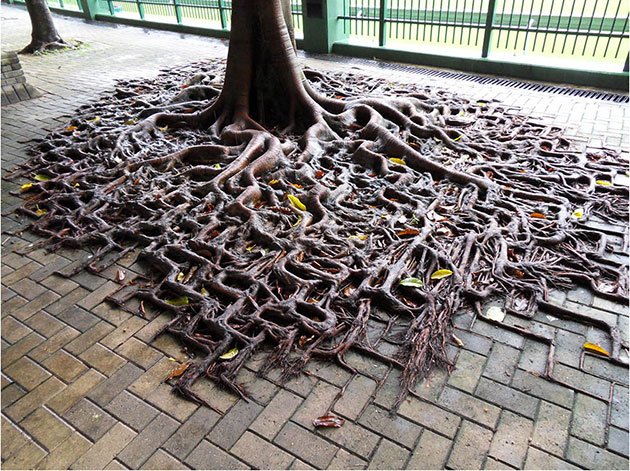 These tree roots are battling with concrete tiles forming beautiful patterns as a result.

#6. This centuries-old abandoned ship in Sydney, Australia has become a lush forested area 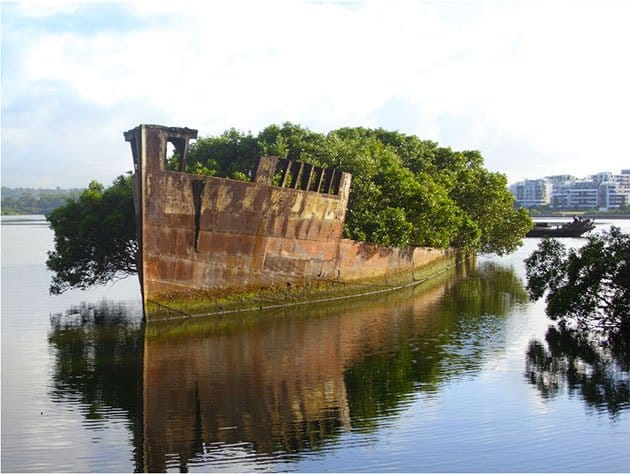 The SS Ayrfield was used in World War 2. In 1972, it was brought to the Homebush Bay in Sydney to be dismantled. However, the operations halted and Homebush was no longer a ship wrecking yard.

#7. This Namibian ghost town was swallowed by the sand 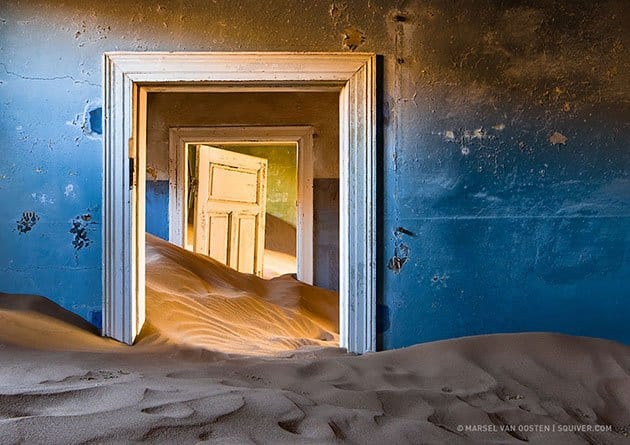 Kolmanskop is a deserted town in the Namibian desert home to German miners. In the 1900’s, there were diamonds discovered in the desert sands. 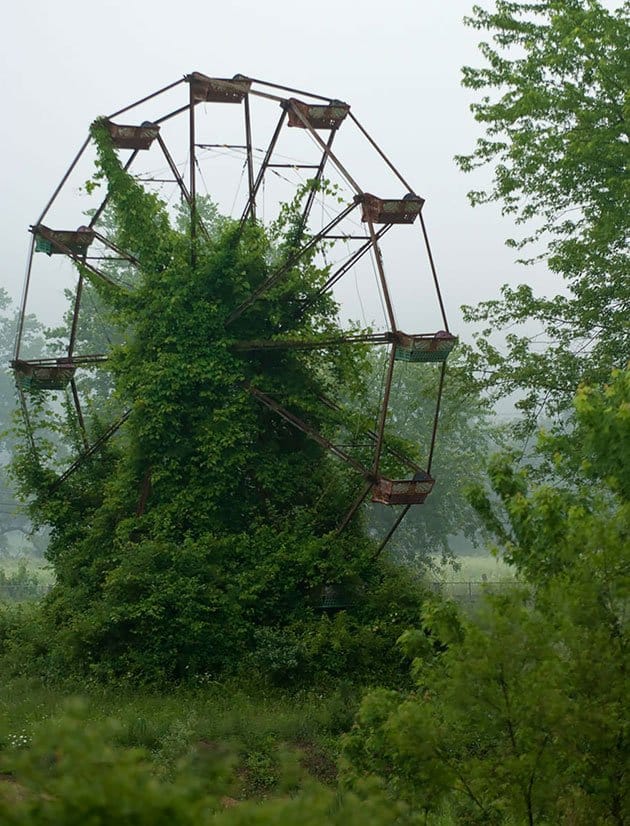 This definitely looks like a scene from a horror flick.

#9. This is an old mill found in Sorrento, Sicily 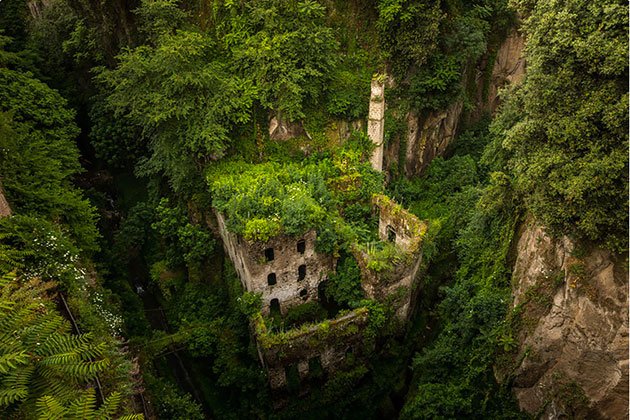 A group of modern ruins called Calle dei Mulini or Valley of the Milles has been abandoned since the 1940’s.

#10. This was once a shopping mall, which has now turned into an aquarium 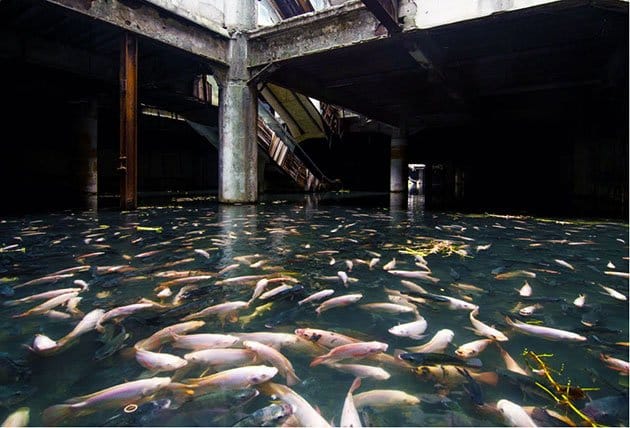 This was once the New World shopping mall in Bangkok, Thailand. The roofless building was lost to fire but with constant heavy rainfall and mosquitoes, it became a haven for fish. 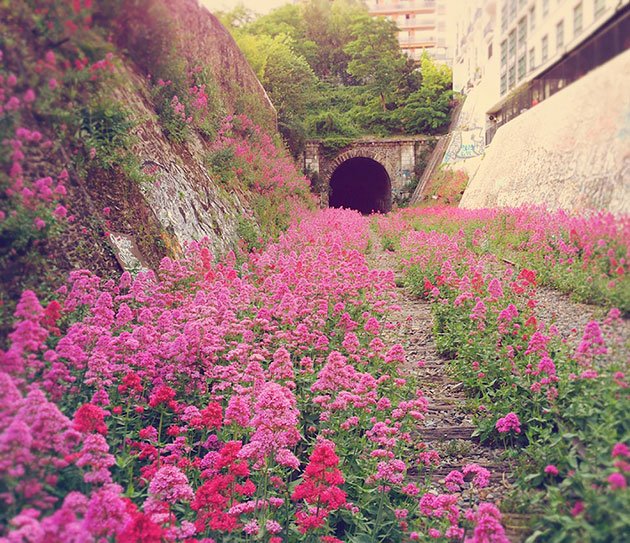 This secret railway in France has not been used for over 80 years. As seen in the photo, the railway has become a habitat for wild plants and flowers, and it provides an oasis of calm for many of the city’s natives. 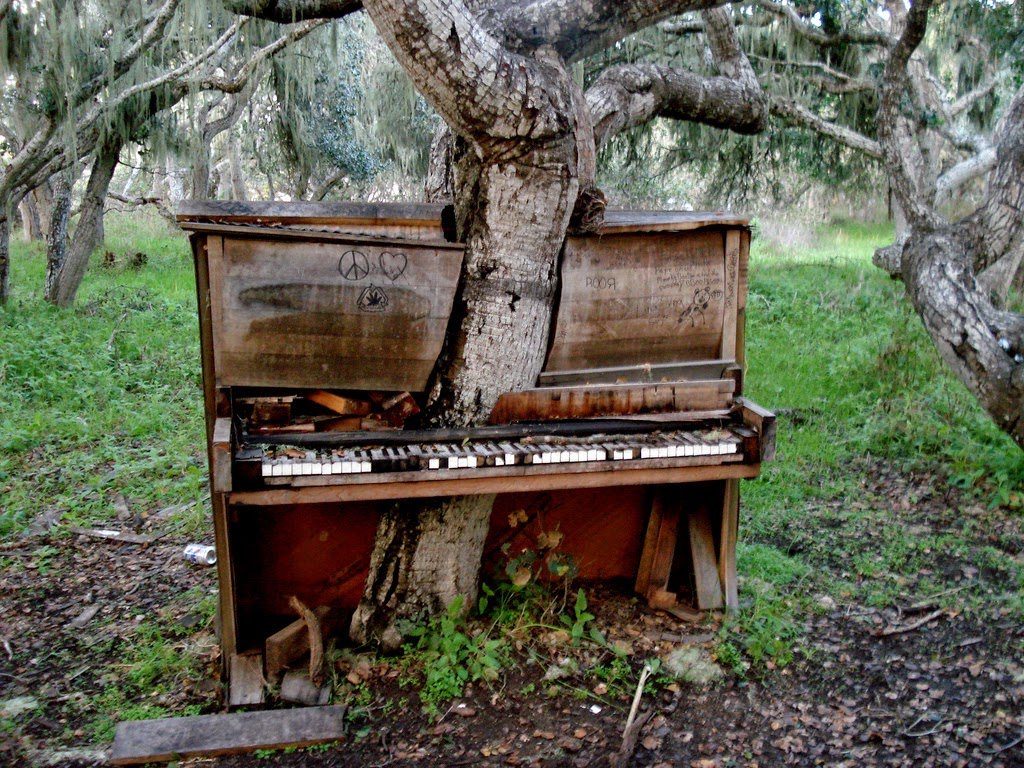 This was actually an art installation from the California State University. The piano was cut apart but the tree just kept growing parting the instrument’s timber. 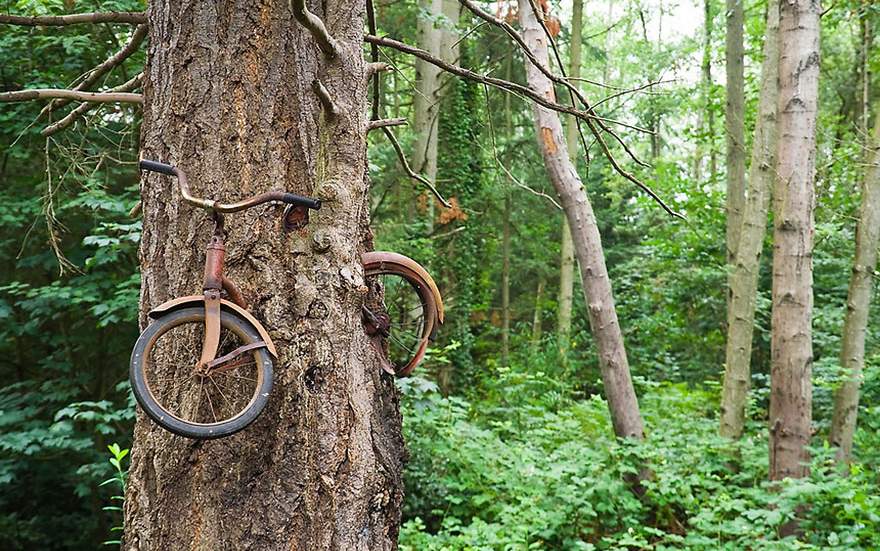 The bicycle is said to be owned by a young boy who lost it. This model is believed to be from the 1950’s. People are still left wondering how the bike ended up there. 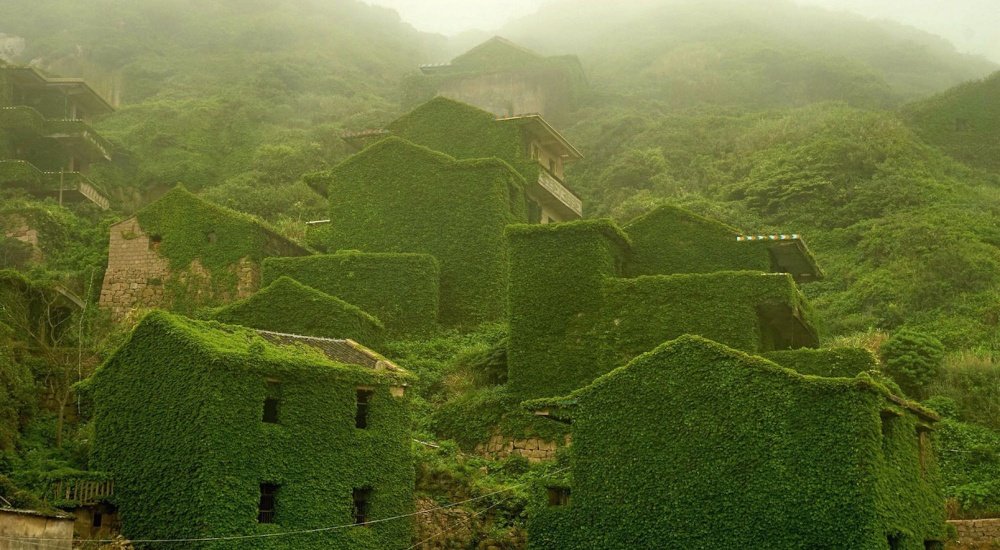 Lush vines have taken over this remote village of Shengshan Island, which was once a hub for fishing. 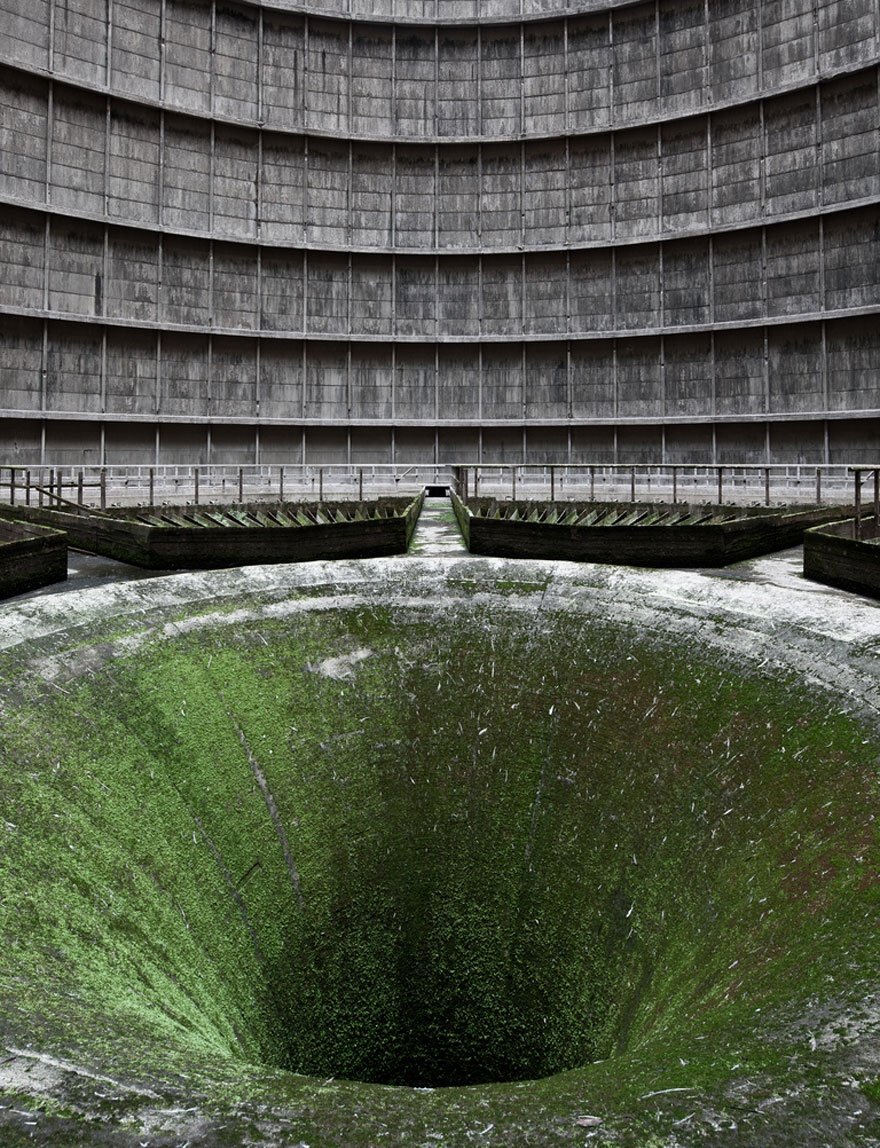 This power plant in Belgium was built in 1921 and was one of the country’s largest coal-burning power plants. The plant’s cooling tower is now coated with moss and this would usually prompt urban explorers to investigate. 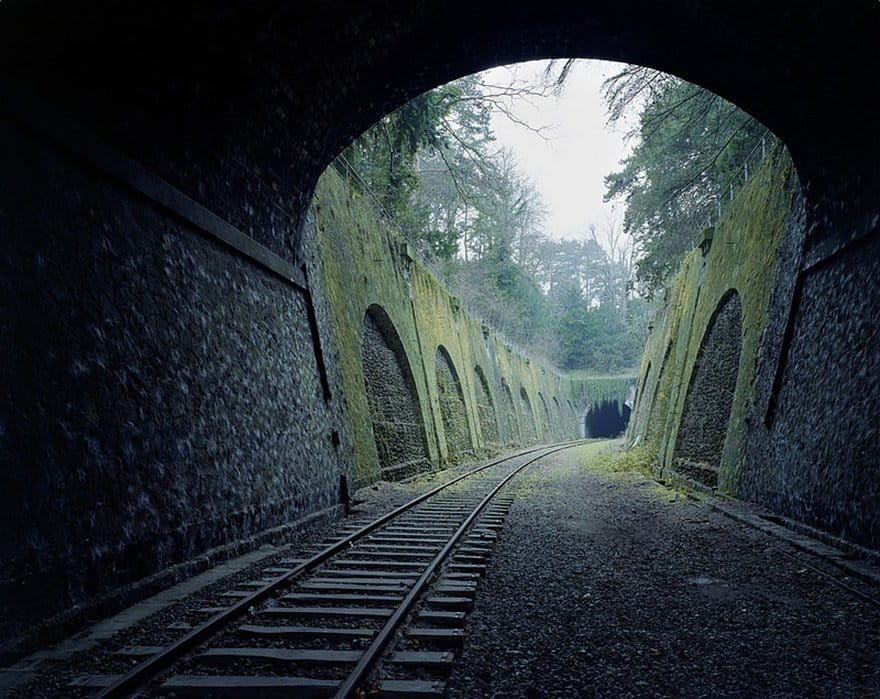 And nature is winning. 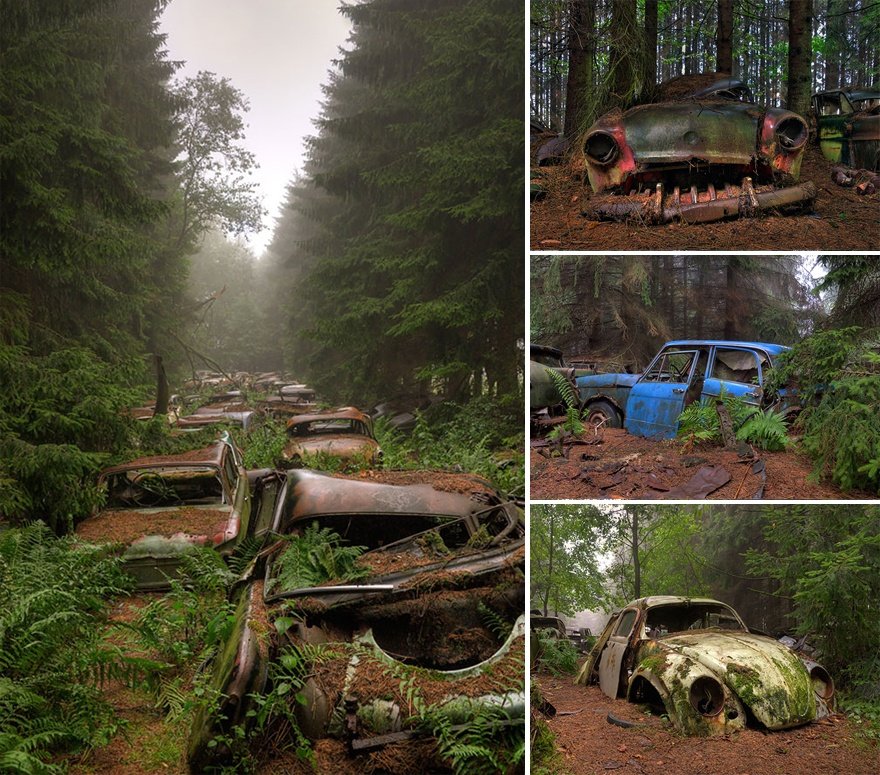 This “car graveyard” can be found in Chatillon, Belgium. Legends have it that the cars were owned by US army, who parked their cars in the area after WW2. They hid the cars in the forest to avoid expensive costs involved in shipping them overseas. The men never retrieved their cars and nature took over.

#18. Trees sprouting out of the walls of Hong Kong’s buildings 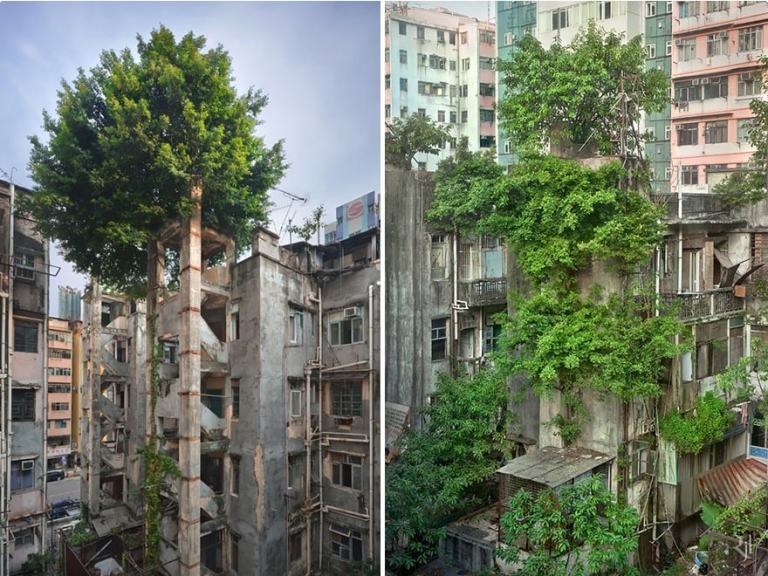 Nature can be stubborn at times as evidenced by the photo. 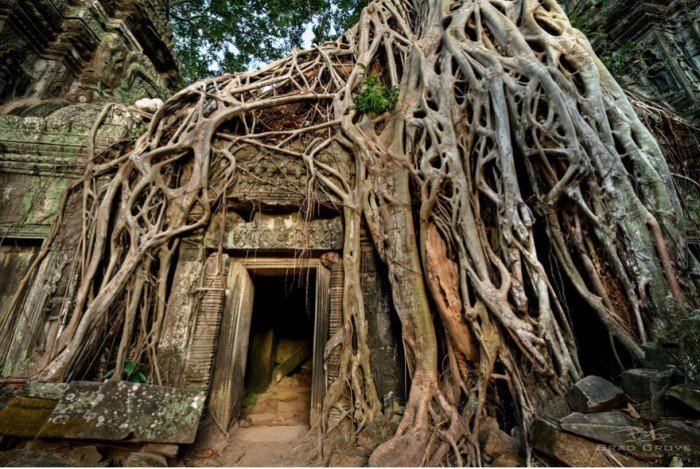 The Ta Prohm or the temple at Angkor was built between the late 12th and early 13th century. People are mostly captivated by the trees growing out of the ruins.