Isn’t it annoying when unexpected strangers come to visit your house just because they want to sell something or talk you into getting into some group or club? We all know its classic: representatives knocking on your door and telling you that you need their product. But what if we totally get rid of these strangers? Wouldn’t our life be a bit more peaceful?

Energy Online just did that: get rid of strangers asking you to buy products or do a demo. And they did that in the most creative way: with a yelling door knocker. However, these salespeople are just persistent as they tried to talk to the door knocker. Little did they know, it isn’t just the door knocker that comes to life but the horned statue as well. Watch the faces of the representatives as they get the shock of their career!

I think I would want a door knocker that yells as well the next time a stranger knocks on my door!

10 People Who Learned Not To Mess With Human Statues The Hard Way! #4 Deserved What He Got! 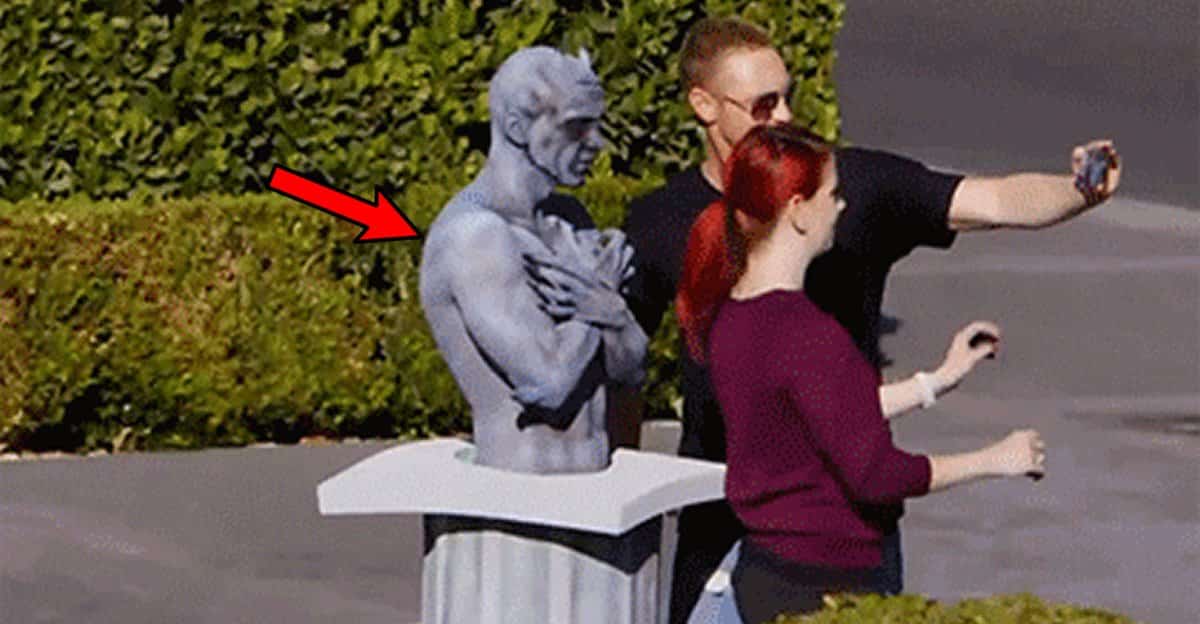