There are some phenomena that cannot be explained. Not even by science. One of these involves an over-a-century-year-old resident at an Oregon lake that has been living in its waters for generations.

Then he noticed a fully vertical tree stump in the middle of the water. 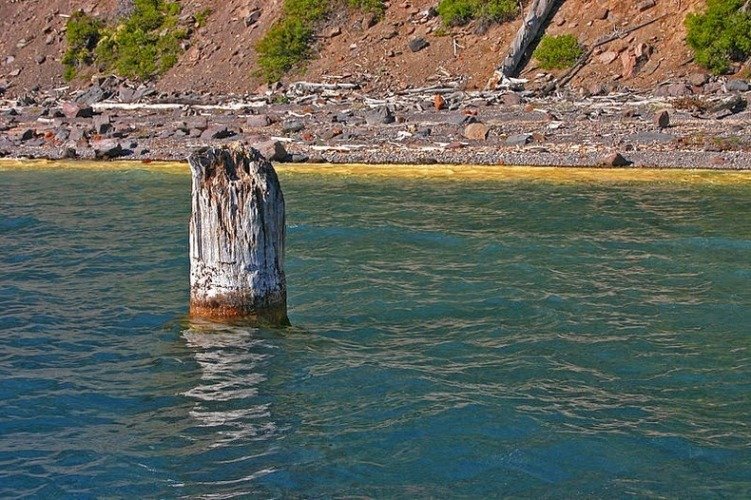 Initially, Diller thought the stump, an ancient hemlock, was anchored by its roots to the bottom of the lake. However, he was astonished when he witnessed it moving around the lake, buffeted by the wind and waves.

He tied balling wire to the stump’s exposed portion, and pulled it around for a distance to establish that the stump was indeed mobile.

It eventually became known as the “Old Man of the Lake.” 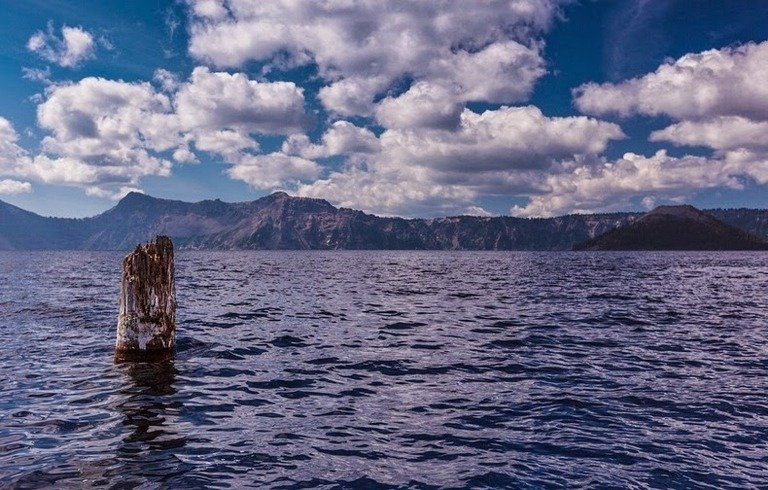 A hundred years after Diller wrote about the mysterious floating stump, the “Old Man” is still there, floating upright in the water.

In 1938, naturalist John Doerr dedicated three months to tracking its travel patterns and recorded that the stump moved over 62 miles in the lake. During one windy day, it even traveled as much as 3.8 miles. 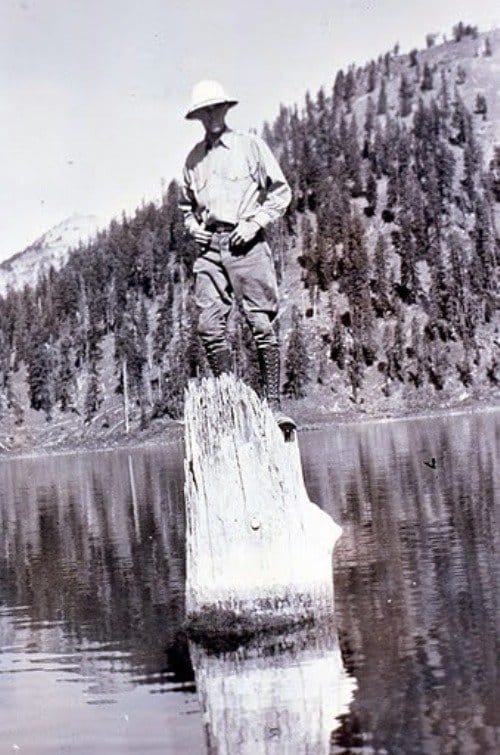 From the waterline mark, the “Old Man” measures 2 feet in diameter, and exposes approximately 4 feet of its length above the water.

Its surface is bleached white from over a century of sun, rain, and snow. 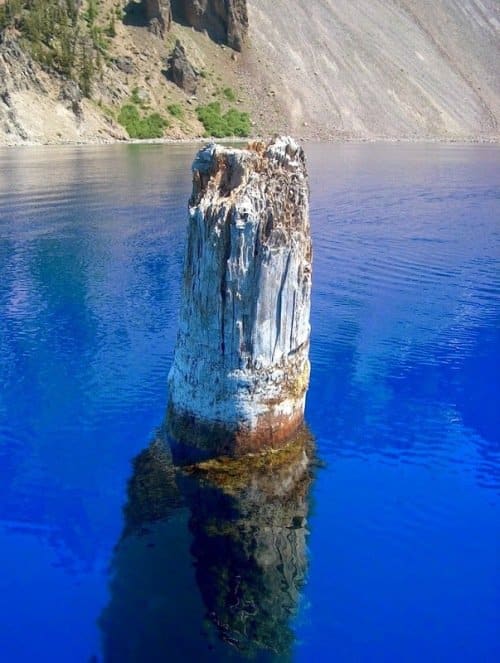 Mysteriously enough, despite decades spent in its watery home, the splintered and worn stump has never rotted or sank. It remains vertical with four feet remaining above the water, and the rest of its body floating beneath the cold lake.

It remains strong enough to support a person’s weight.

In fact, a popular legend grew saying the “Old Man” controls the weather. Back in 1988, scientists took a submarine out to the lake to explore its depths. To prevent the submarine bumping into the stump, they tied the “Old Man” up in a nearby island.

The moment they immobilized the stump, the sky darkened and a storm arose, which only cleared up the moment they released the “Old Man.”

Over the years the hemlock stump in Crater Lake has amassed a tourist following.

It has become a minor celebrity in its own right. 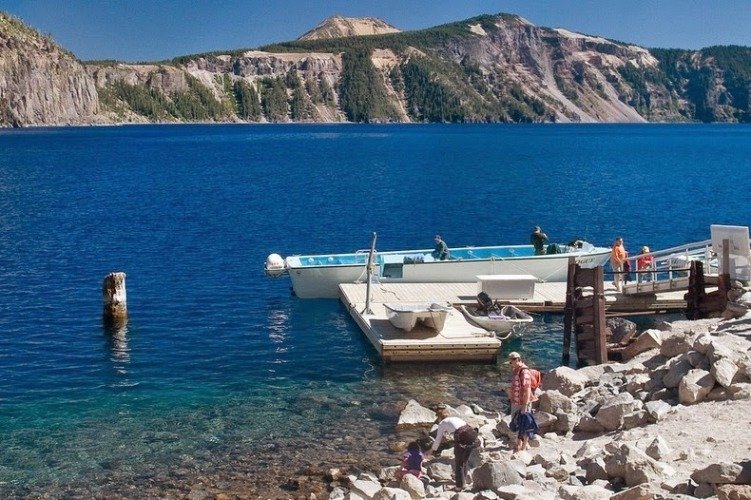 What other “Old Man” has witnessed the turn of the century from its lone spot on the water?