Not all fights where opponents wear gloves take place inside a ring. Sometimes, it happens inside the operating theater – yes, during an ongoing surgical procedure.

A video has gone viral on Chinese social media for all the wrong reasons. A closed circuit camera in a healthcare facility in Lankao County, Henan Province in China filmed a brawl between two medical professionals. These healthcare workers, who are allegedly nurses, obviously had some sort of a spat and had, for some reason, mutually decided to settle the score right there and then.

Gloves and punches were thrown. Luckily, the action happened a few feet away from the patient zone and the patient was in no way harmed. However, we cannot deny that such reckless actions placed the patient at risk.

According to Kickerdaily, police are currently investigating the said incident. And while an officer said that the fight purportedly occurred after the patient was wheeled out of the room, the footage clearly showed otherwise.

Some netizens say that the surgeon was the true winner of the fight because he just ignored the commotion and went on to do his job – with or without an assistant. There is, however, a loser in this situation – and that was the patient.

Fortunately, the objects thrown did not land on the patient’s open sterile body cavity because it would have caused a huge problem if that happened. It was also fortunate that no equipment being used on the patient was hit and that no plugs were pulled while the staff were fighting nastily and were scrambling up to their feet. It was also fortunate that the patient might not even have the slightest bit of an idea about what happened while he was in deep sleep, thanks to the anesthesia.

All these being said, healthcare workers must keep in mind that the patient’s safety must take precedence over any conflict in the workplace. 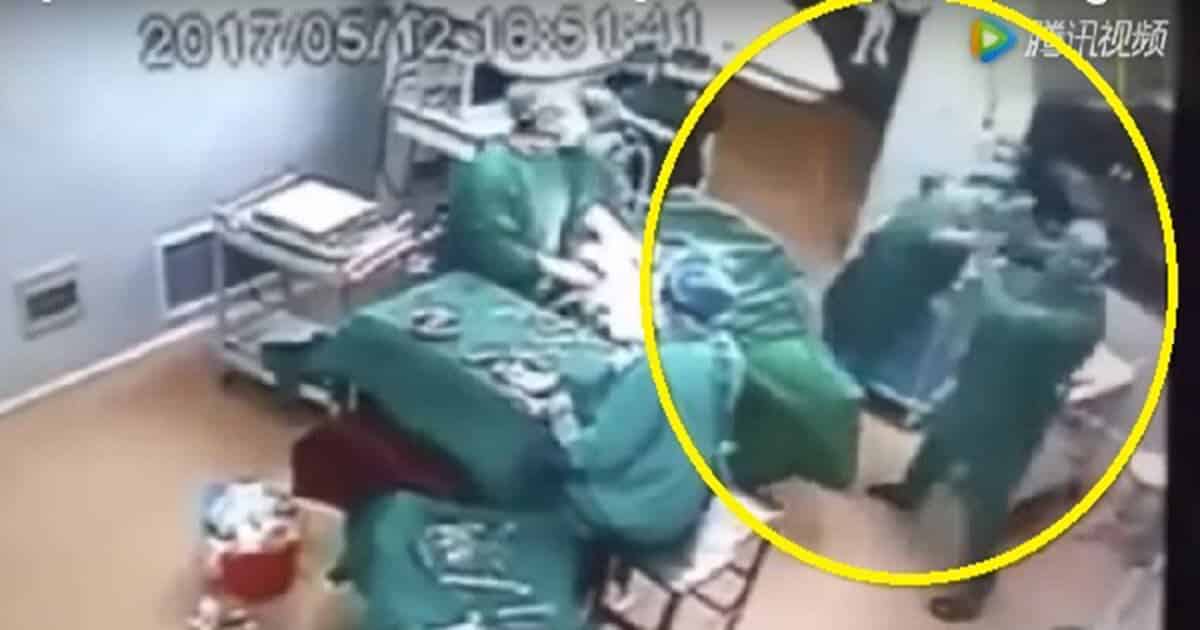 Definitely, there are more constructive ways of dealing with workplace conflict – and it definitely does not include boxing.