Located near the Tibetan plateau is the Kingdom of Mustang, a remote and isolated region of the Nepalese Himalaya. It used to be an independent Buddhist kingdom until annexed by Nepal in the 18th century. Due to its delicate border position, it was tagged off limits to foreigners and tourists until 1992. The isolation of the region helped Mustang preserve its ancient history and culture, with its ties more closely linked to Tibet than to Nepal.

Located in the Kingdom of Mustang, Nepal are around 10,000 cave dwellings. 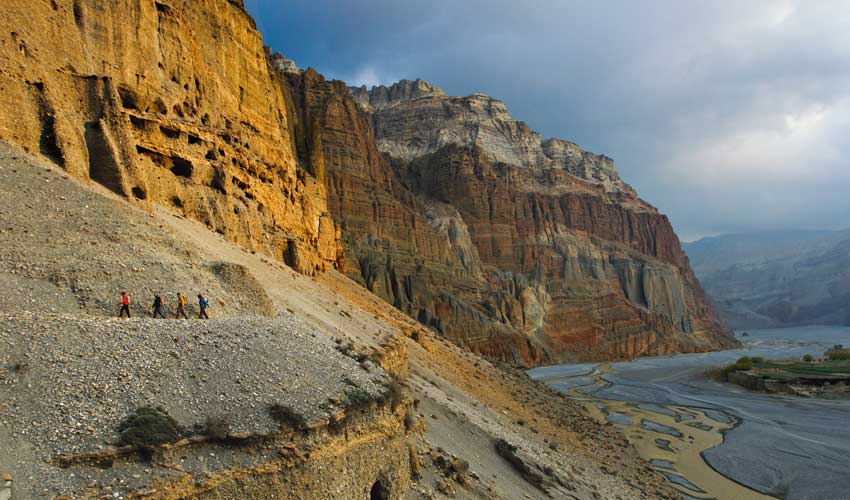 Strange rock formations and around 10,000 cave dwellings are carved into a cliff by the Kali Gandaki River – – a landscape that is not usual in Nepal. 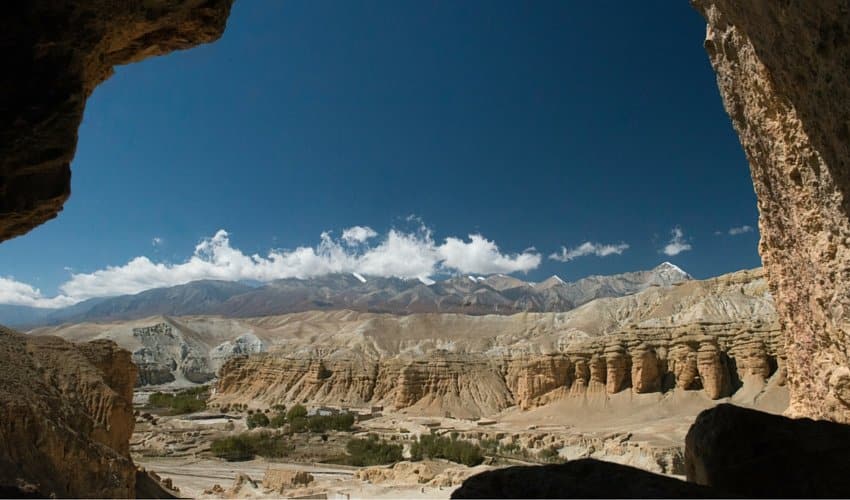 Some of the caves are perched around 150 feet above the valley floor that people have no idea who could have dug them, how they even got there in the first place or how the people could have scaled the cliff’s face in order to access the caves. Just by looking at the cliff, some of the caves seem impossible to reach even to the most experienced climbers.

It's a mystery how the caves were built high above the ground. 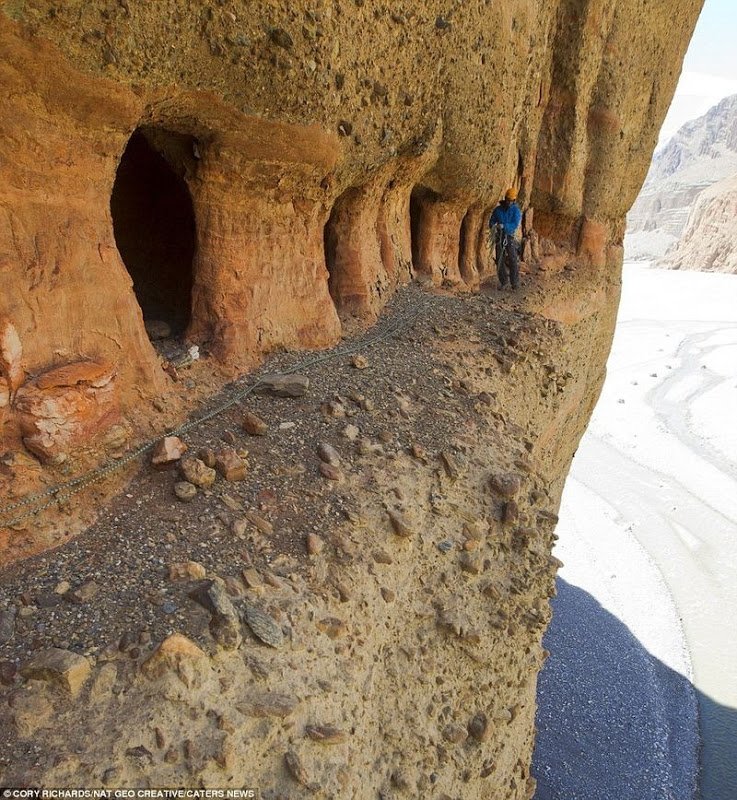 The caves are around 150 feet above the valley floor. 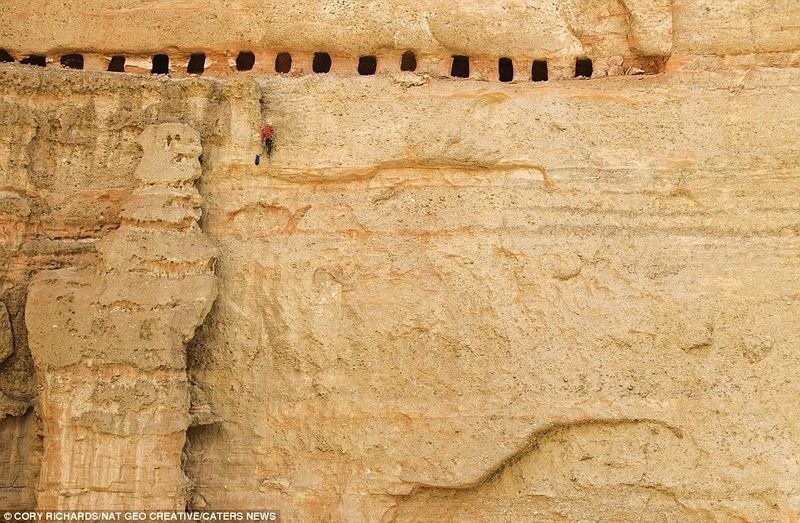 Some of the caves seem impossible to climb. 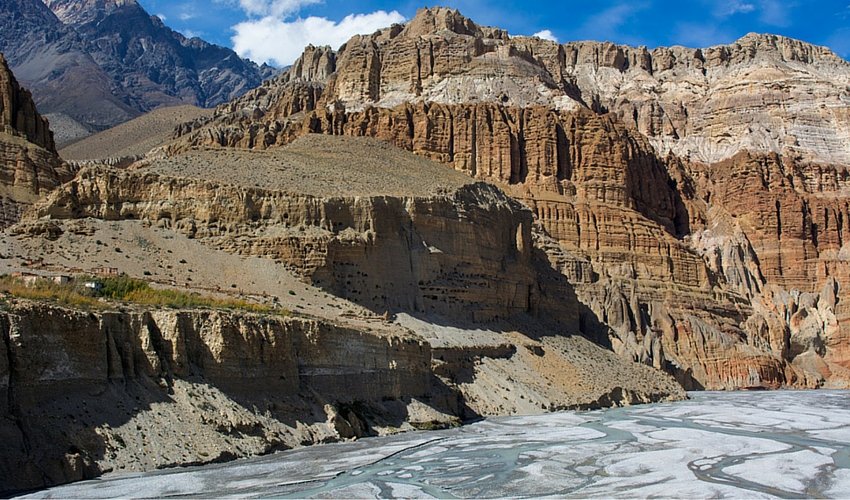 The caves are said to have been used as homes around 1,000 years ago. 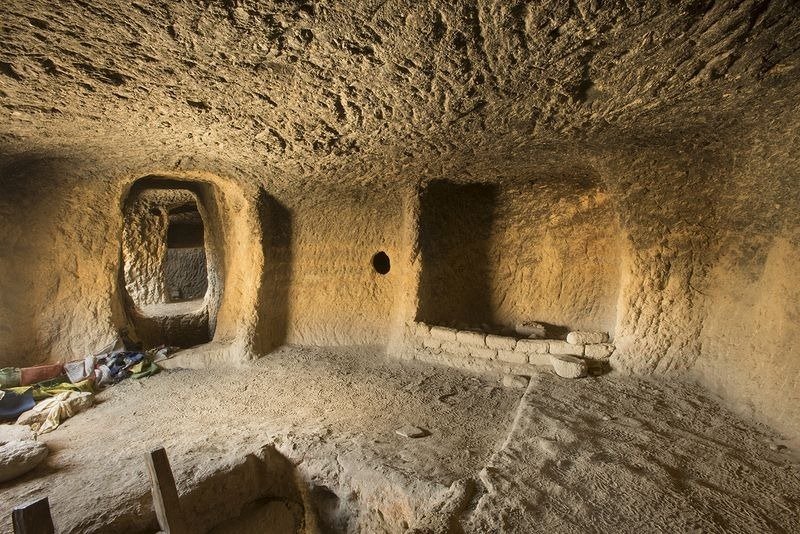 Some of them have also been used as burial chambers. 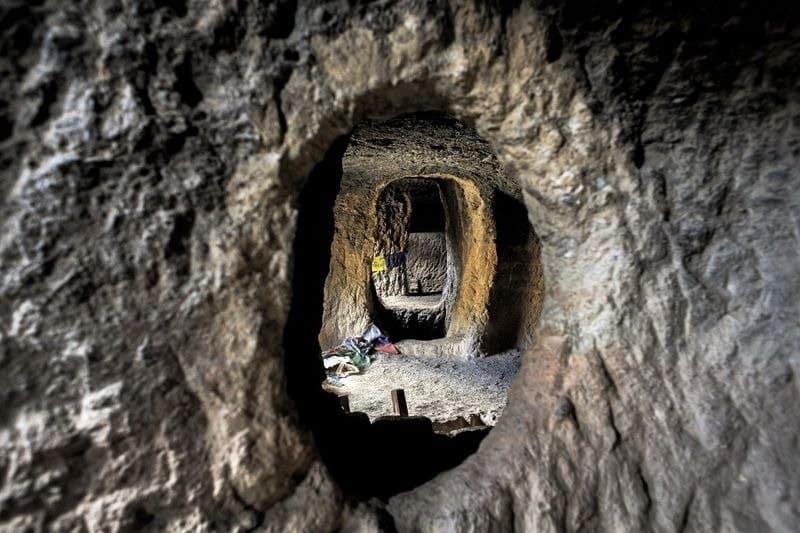 These caves are mostly empty, but some of them have proof of domestic habitation such as storage and sleeping spaces, and some of them have also been used as burial sites. The bodies found in the caves were around 2,000 years old and lay on wooden beds which were decorated with copper jewelry.

Some have also been turned into monasteries. Paintings on the wall depict much about the inhabitants' culture. 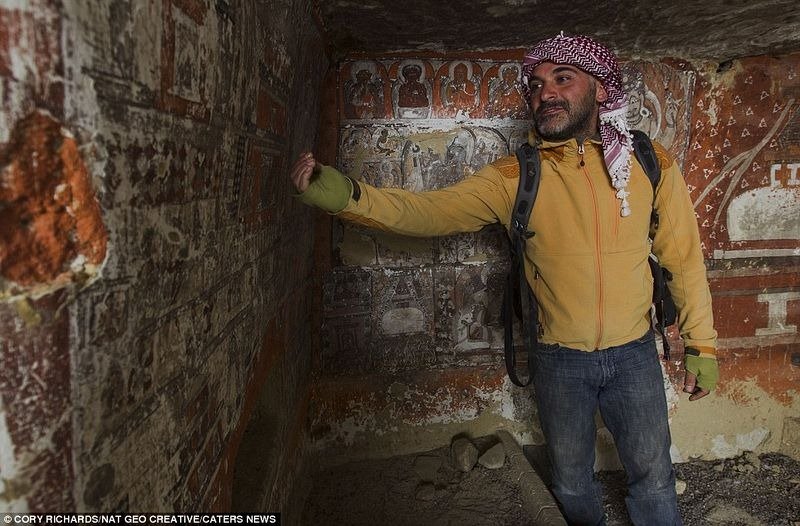 Archaeologists believe that the caves were used during three general periods. First as burial chambers some 3,000 years ago, then as homes around 1,000 years ago. And finally as a place of meditation by the 1400s. Some of the caves were turned into monasteries, one of which is the famous Luri Gompa. Other well-known cave-turned-monasteries include the Chungsi Cave Monastery and the Nyiphuk Cave Monastery.

The Luri Gompa is one of the most famous cave monasteries. 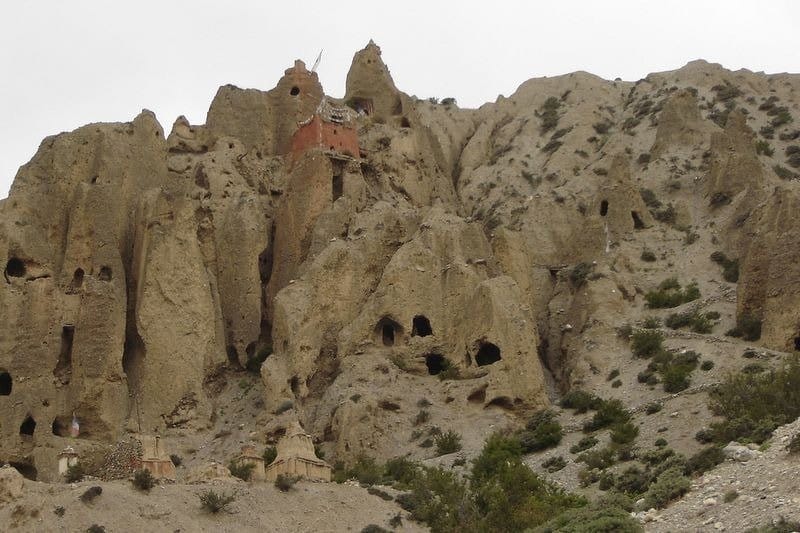 The landscape of the valley where the caves are found. 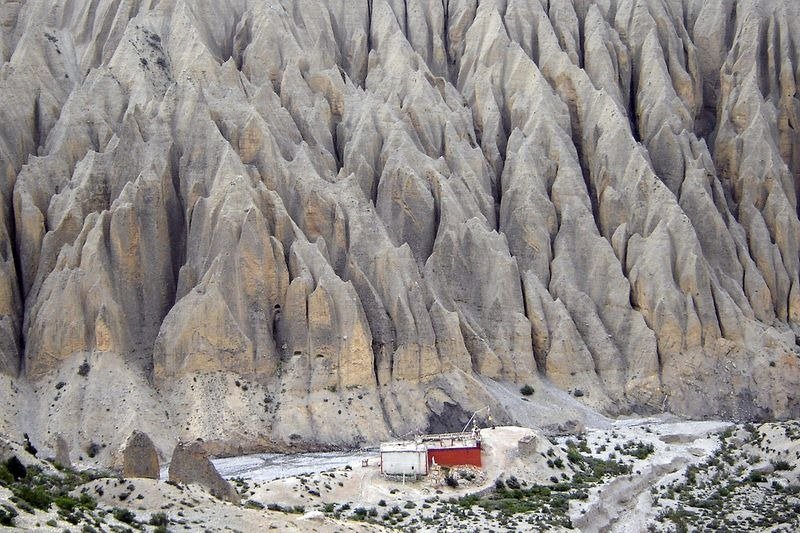 Set on a ledge at least 100 meters high above the ground, the Luri Gompa Monastery is the most famous in Mustang. A winding footpath climbs from the ground to the single entrance door that leads to two interconnecting chambers. The outer chamber is where the shrine is built while the inner sanctuary contains the main attraction of Luri Gompa, the paintings that depict Indian Mahasiddhas. These are saints who are believed to have reached siddhi or have extraordinary powers because of meditation. 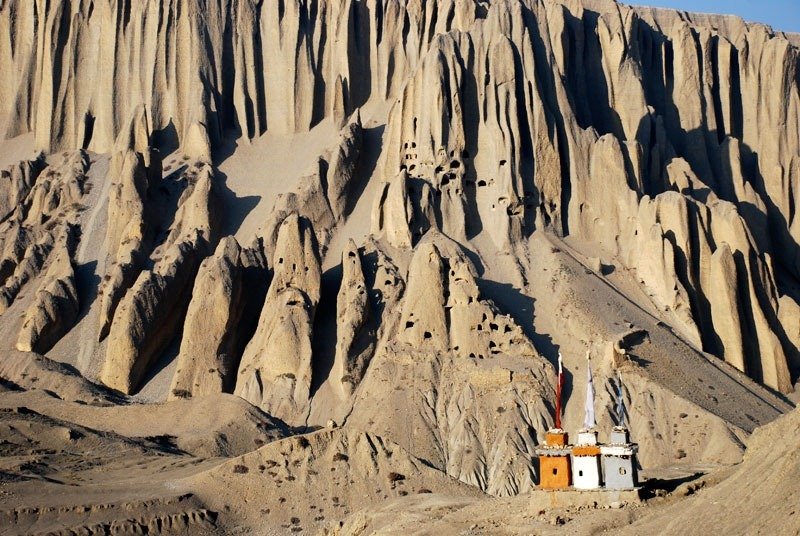 The fresco ceiling of Luri Gompa. 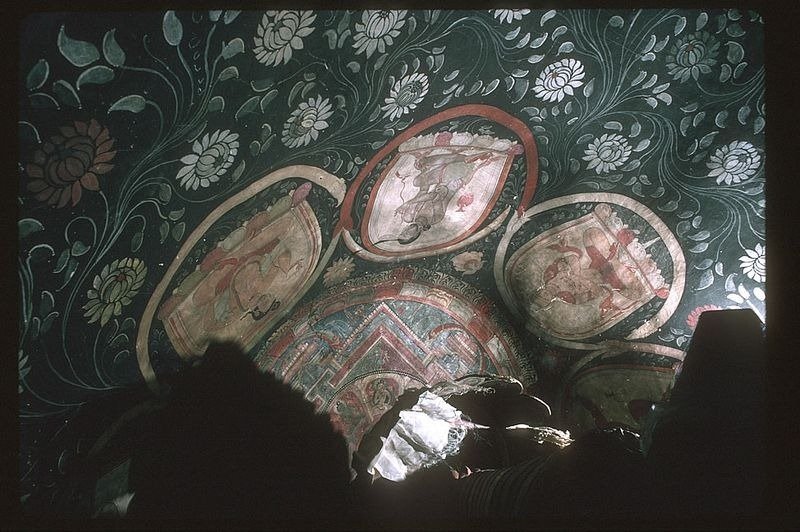 How the caves have been built or why they even exist is still a mystery in the region of Mustang. There is no recorded documentation as to how the monasteries were also found. One will have to see and experience the place to get a better grasp of its being remarkable.