A dozen monkeys have been scared to death after reportedly being shocked by roaring tigers. The poor animals suffered from a heart attack all at the same time.

The villagers in Kotwali Mohammadi area in the state of Uttar Pradesh, India initially found the dead monkeys in the forest.

At first, they were left baffled on what exactly caused the mass death. 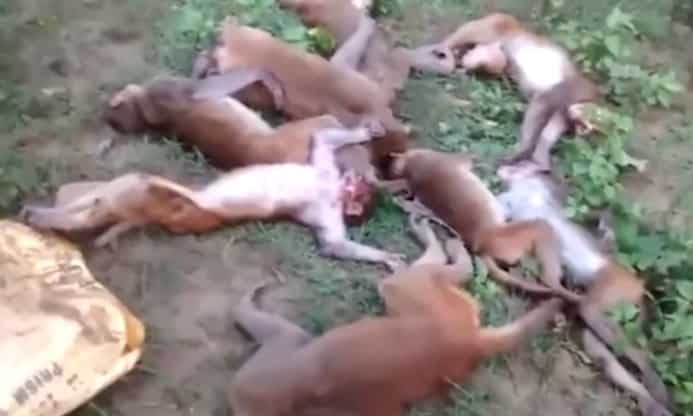 Suspecting the monkeys had been poisoned, veterinarians performed a postmortem examination to determine the real cause of the monkeys’ deaths. They found that all the monkeys suffered from heart attacks simultaneously.

The veterinarians in the area initiated a probe to determine what caused the heart attacks.

Dr. Sanjeev Kumar, a veterinarian in the area, said:

“It was confirmed in the post-mortem report that the monkeys died due to cardiac arrest.”

“The monkeys could have died due to tiger’s roar as tigers often traverse that area.”

The locals claimed that they saw tigers roaming around the area before the monkeys were found dead. They also heard them roaring loudly. 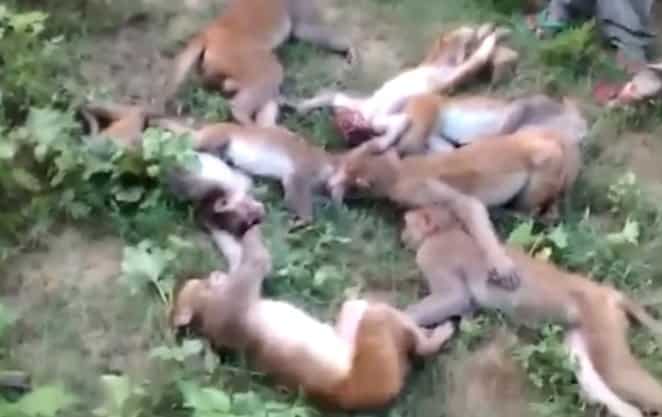 On the other hand, wildlife experts said that the death of the monkeys was more likely caused by a form of infection.

The villagers claimed that tigers were seen roaming in the area and were often heard roaring before the monkeys’ bodies were found.

But wildlife experts refused to agree with the findings and said infection might have likely caused the death of the animals. 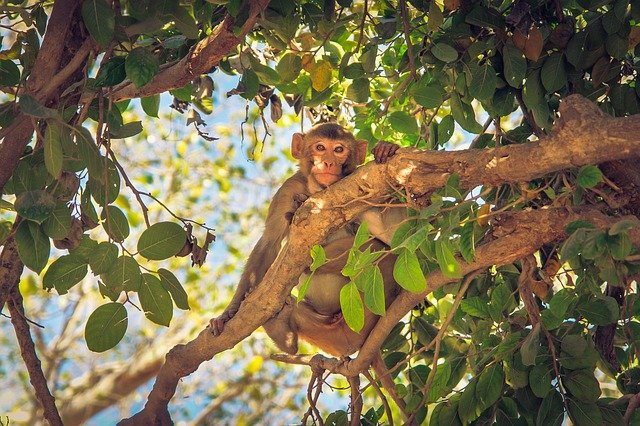 “Monkeys are a wild animal, and they don’t die in this manner. Otherwise, it would have been easy to control their population.”

“Blackbucks are considered as the most sensitive animal and die of heart attack. But, even blackbucks don’t die after they hear a tiger roaring. All the monkeys might have been suffering from some infection that claimed their lives.”

“Other possibility could be poisoning which, however, has been ruled out by the post-mortem. In such cases viscera is sent to higher centers for further examinations.”

Here’s a video taken by one of the locals: