Cats are always adorable. No wonder they’re among the most popular animals on social media. Just take a good scroll on your Facebook feed and you’ll most likely see GIFs, videos, and memes starring our furry friends.

Mirko, a cat from Japan, is, however, a cat on a different level.

What sets him apart from the rest, you ask? Well, he’s got sick ballet moves to show us all.

Chisa, his human, often takes Mirko’s photos and then posts them on Twitter under the handle @ccchisa76. So far, that account now has more than 40,000 followers and if you’ll check it out, you’ll see thousands of Twitter users like, retweet, and comment on the pictures praising the cat’s graceful ballet-like movements as captured on camera.

Mirko, a cat from Japan, has won the hearts of netizens across the world with his awesome ballet moves. 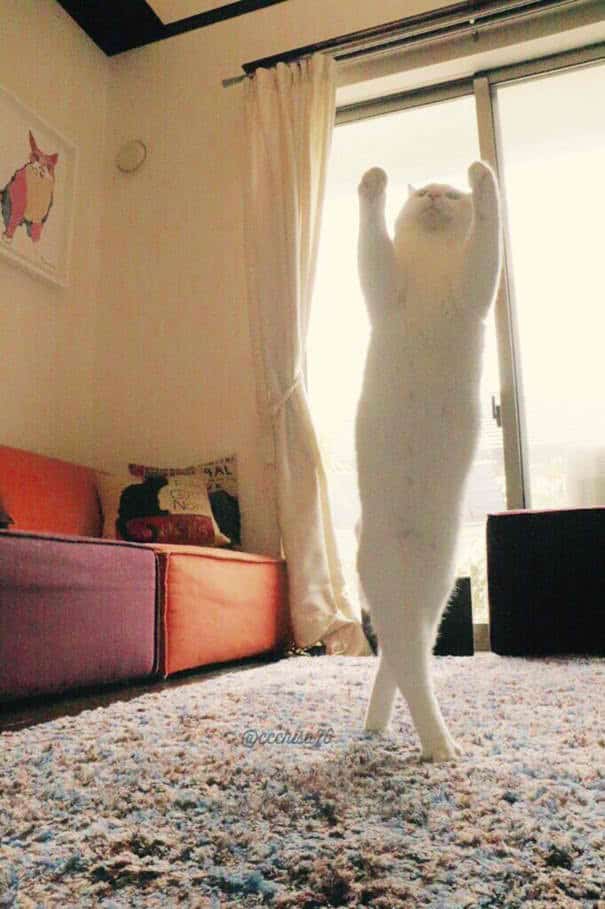 The ballerina cat now has over 40,000 followers on Twitter. 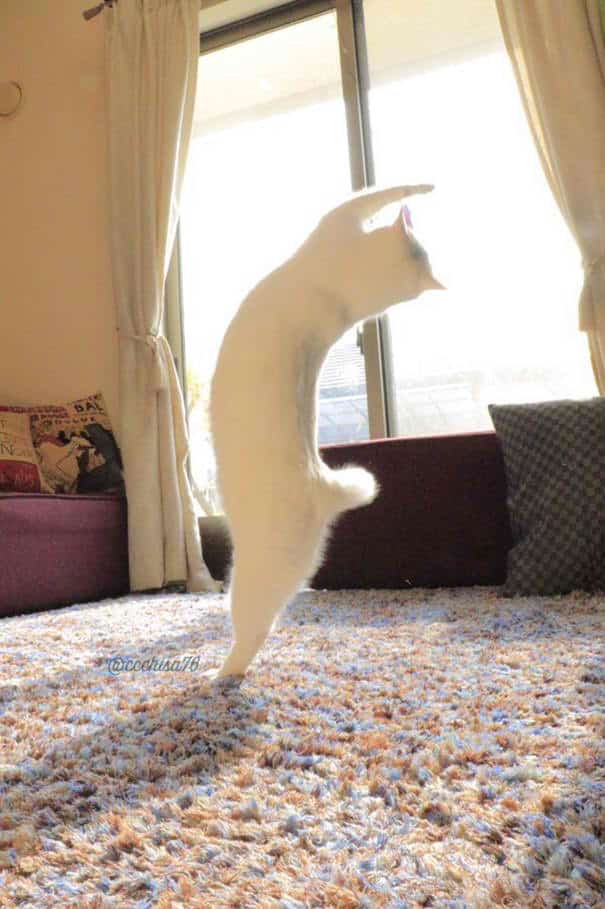 Chisa, Mirko’s owner, takes all the photos and uploads them online. 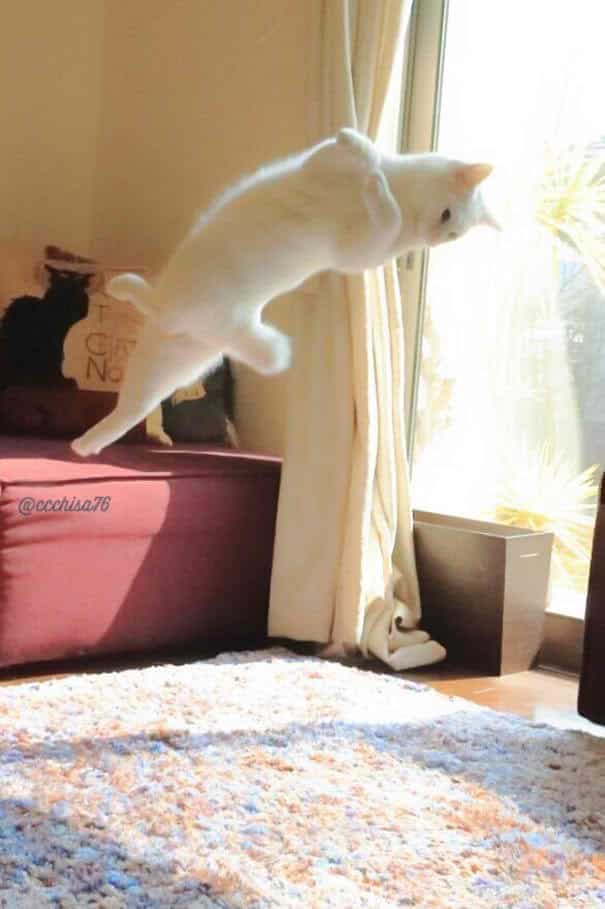 According to 39-year-old Chisa, the photos actually require a lot of effort to pull off.

What he does is to throw Mirko’s favorite toys up in the air and then the cat tries his best to catch them. Chisa then takes the snapshots while his beloved pet is mid-air. As you can imagine, the process does take a lot of trial and error and perfect timing but all the hard work pays off as the photos are so well-received online.

To achieve the graceful poses, Chisa throws Mirko’s favorite toys in the air then the cat tries to catch them. 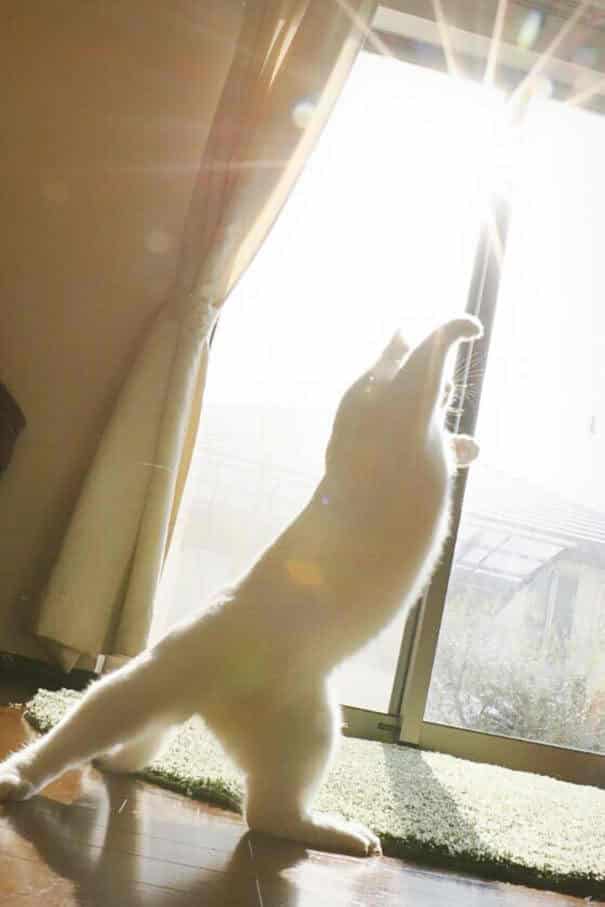 It takes a lot of hard work – and trial and error – but Chisa enjoys it. 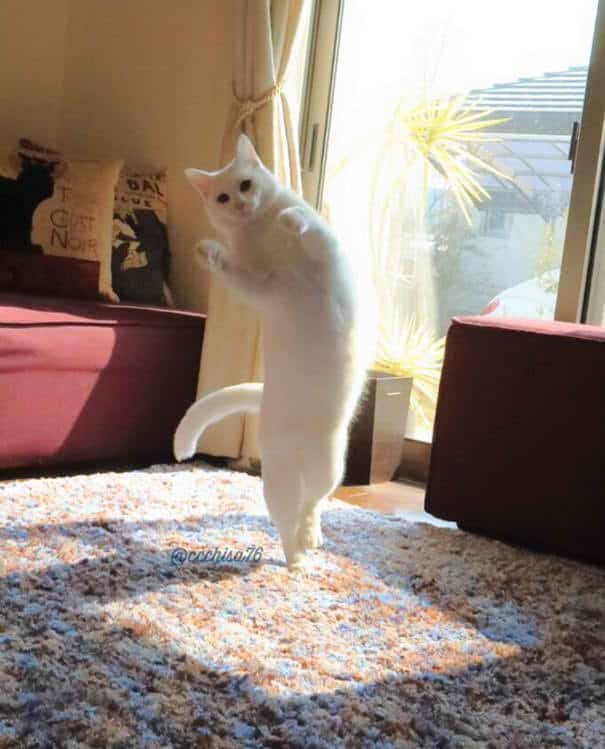 In a translated interview with Verne, a Spanish website, Chisa said:

“I started photographing my cat a year ago. I just do it for fun. I do not dedicate myself to photography professionally. I have received many comments and feedback. The truth is that I have been surprised, but I’m glad.”

Chisa said he started photographing Mirko “a year ago” and he only does it for fun. 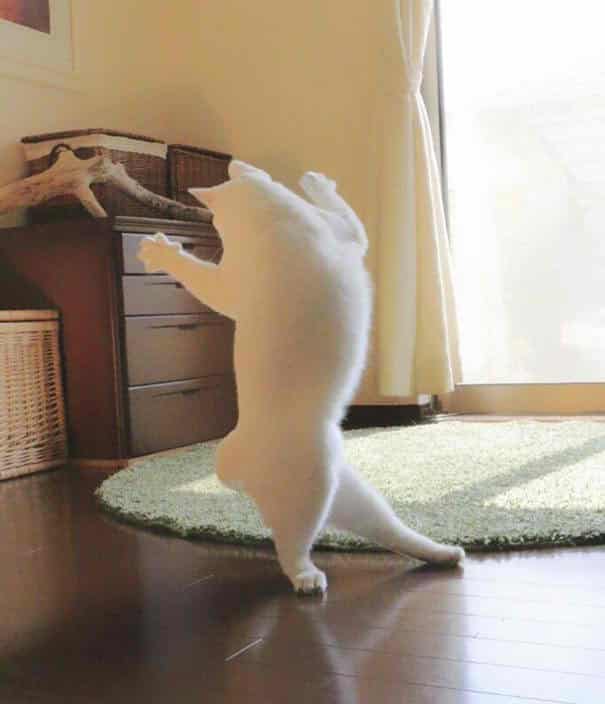 Regarding the overwhelming positive feedback, Chisa is just “surprised” and “glad.” 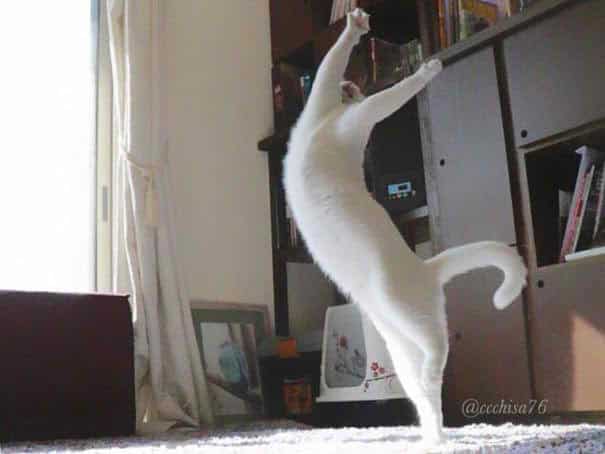 Needless to say, Mirko has become one of the most popular cats in the social media today. 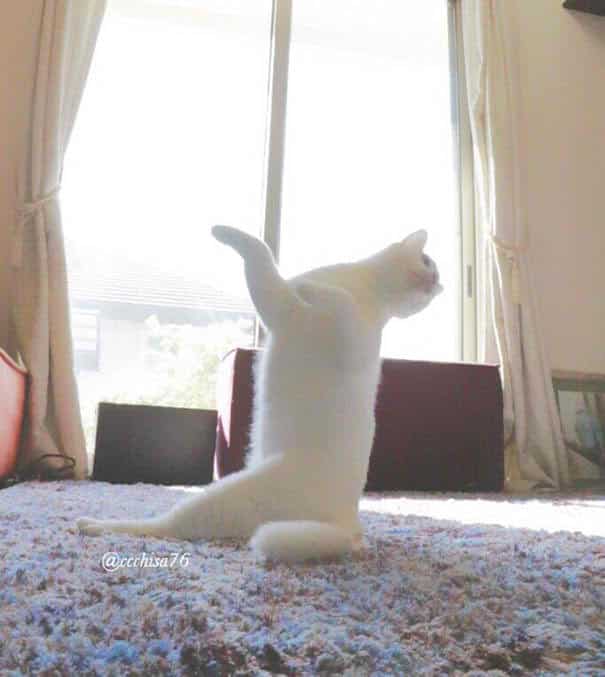