Making a great on-location video shoot is never a simple thing. First and foremost, you will need competitive equipment such as cameras, lighting, and others. On top of that, you also have to work with a professional crew and a good model. Of course, post-production work will shortly follow after the shoot so you can edit and add appropriate music to your heart’s content.

So it must really be annoying if you get to encounter unwanted interruptions while you are filming on your chosen location, right?

Well, this is exactly what happened on a Miami beach when a model was posing for a shoot.

This lady had to stop posing as several illegal immigrants were seen in the background, hopping off a boat and then running towards the shore. 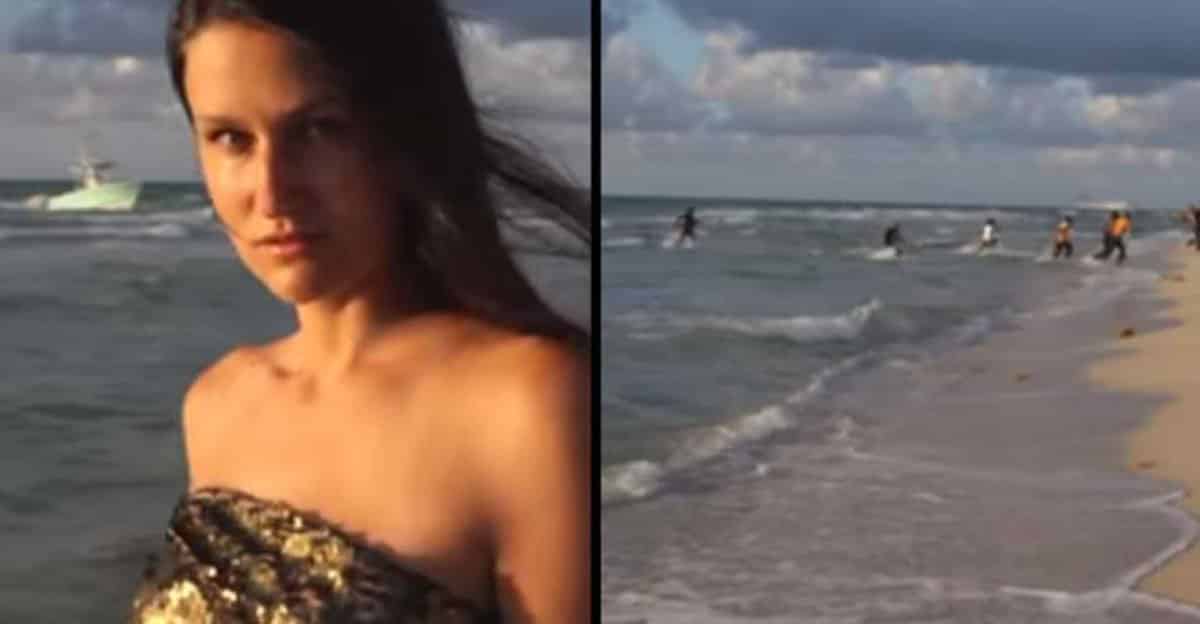 It’s funny to watch how the shoot was derailed by these intruders – especially how the music kept going despite the interruption.

You can see the entire video here:

We are left wondering whether the shoot was for the model’s portfolio, an ad, a music video, or anything else. The uploaded video’s description didn’t mention any additional details about that. Instead, Ekaterina Juskowski, the person filming the shoot, made some serious remarks about immigration.

“Witnessing people starting their life anew by jumping off the boat and running into the city made my personal struggle seem rather small.”

“As controversial as the problem of illegal immigration can be for many of us, it is important to remember that people come here in search of the better life, and it comes at a very high price of great courage, hard work, and loneliness.”

Ms. Juskowski herself said she migrated to the United States from Russia at age 18 as a university student and so she understands the challenges of these people.

Still, we’re guessing the US government will not be as sympathetic when they catch these illegal immigrants.