First Lady, Melania Trump was forced to give her husband President Donald Trump a gentle nudge to remind him when it appears he forgot to place his hand on his heart during the National Anthem. The awkward moment was caught on camera.

During the annual Easter Egg Roll on Monday, President Trump and First Lady Melania, together with their son Barron, welcomed an estimated 21,000 guests on the Truman Balcony at the White House.

Melania and son Barron raise their hands to during National Anthem, while Donald Trump forgets. 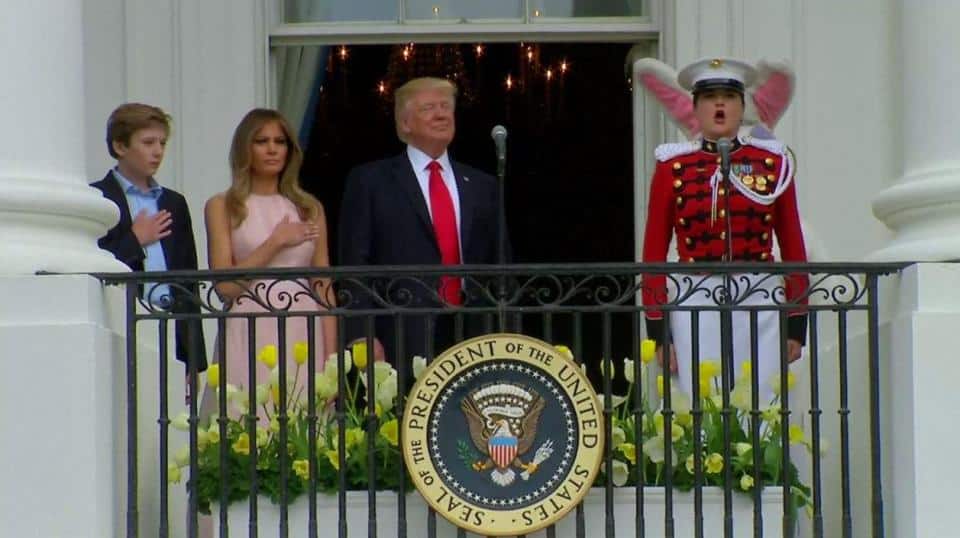 As the national anthem played, Melania and their son Barron immediately placed their hands over their hearts while Trump continues to smile and look ahead. When Melania noticed this, she subtly nudged her husband to remind him of the tradition, saving the president from further embarrassment. 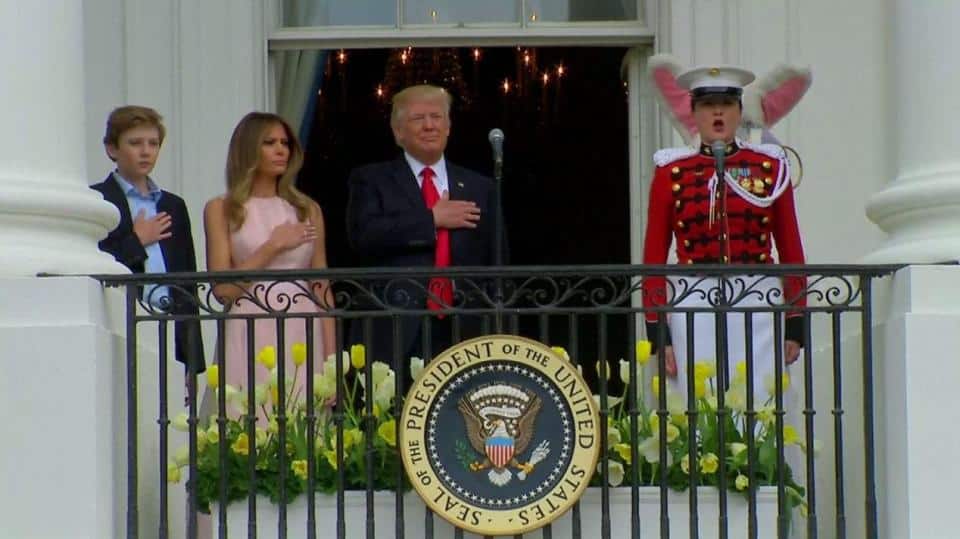 Melania and Donald had made a special appearance to thank service members at the huge event where 21,000 people had been invited.

The elegant First Lady, dressed in a pale pink dress and matching slip-on shoes, said: “As we renew this tradition, thank you for joining us on behalf of the President and Barron. We wish you great fun, and a beautiful day is coming ahead of us.”

Unfazed, Donald made a short speech about the state of nation before turning to the day’s activities.

Eagle-eyed viewers went to Facebook and Twitter to ridicule the president about the quick nudge. Most people criticized President Trump for forgetting to lift his hand during the singing of the Star Spangled Banner.

In accordance with the US Flag Code everyone is required to properly address the flag – whether during the Pledge of Allegiance or the National Anthem – to place their right hand over their hearts.

This is not the first time a president was criticized for not lifting a hand during the singing of the national anthem. Former President Barack Obama reportedly refused to place his hand over his heart during renditions of the Star Spangled Banner over the course of his 8-year presidency. Barack Obama was also criticized when he forgot to salute a marine.