Some dogs are just too lucky! Dogs being treated to luxury services such as spa, pedicure, and boarding accommodations is nothing new for some lavish dog owners. But a one-of-a-kind doghouse fully equipped with techie gadgets is definitely something that will catch your attention.

The smart invention has everything you wouldn’t expect from a simple doghouse. To start off, the roof is made of solar panels to provide energy for all the gadgets that will be used in the doghouse.

The owner also included an automatic dog food-dispenser, a mini fan, and an IP camera. With that, I bet you’ll all agree that the owner’s dogs are happy with their new home.

Michael’s dogs GoGo and HeyHey have a special place in his heart so he decided to build an extra special doghouse for them. He starts by erecting the walls. 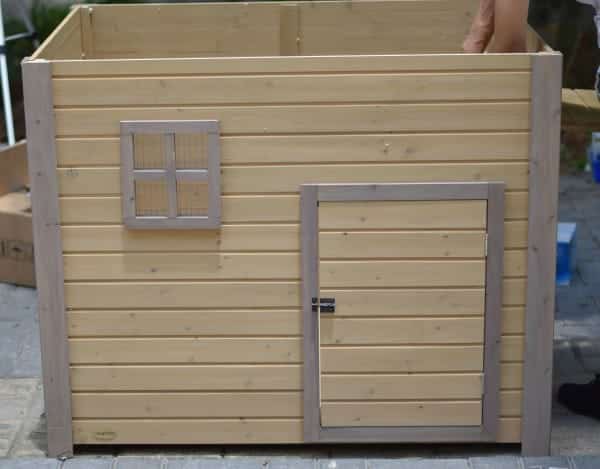 Believe it or not, he installed a solar panel roof… 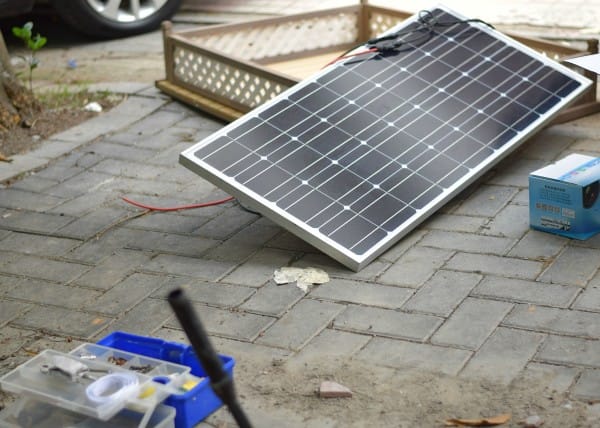 …which will be used to power the gadgets that he’ll be using for the doghouse! 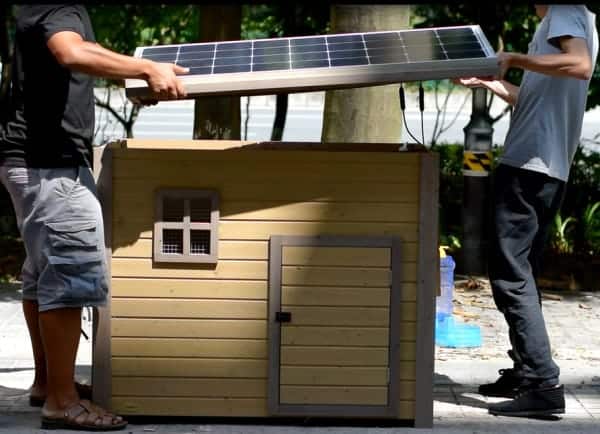 He placed an automatic food dispenser inside the doghouse… 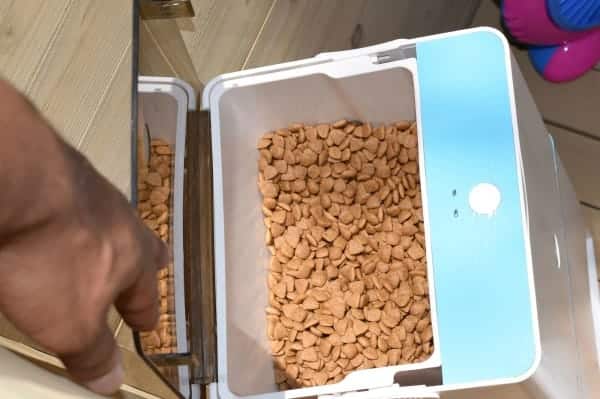 …and a mini fan to keep his pets cool. The cables of both devices were placed beneath the floorboards so it wouldn’t get in the way of the two dogs. 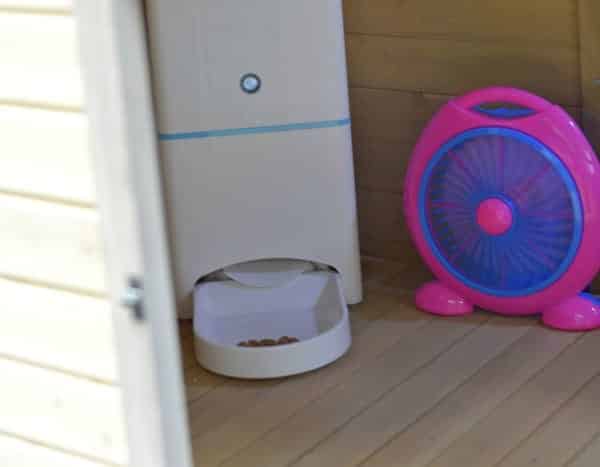 The food dispenser actually has its own webcam which allows Michael to monitor his dogs when he’s away. It also allows him to change the scheduled feeding time and the amount of dog food being dispensed. 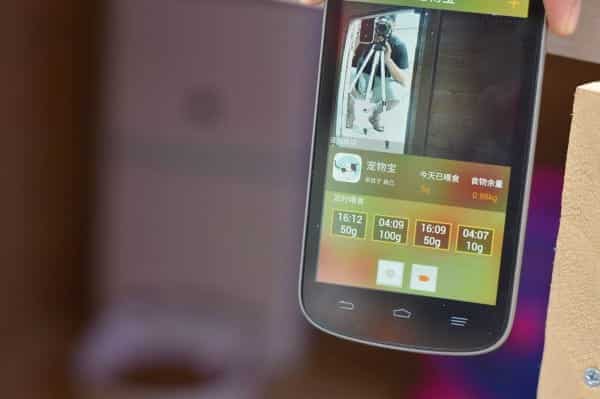 Michael also installed an IP camera on top of the doghouse. 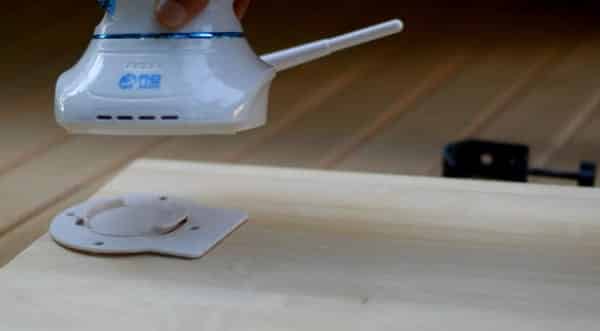 This camera allows him to monitor what’s going on outside of the house. 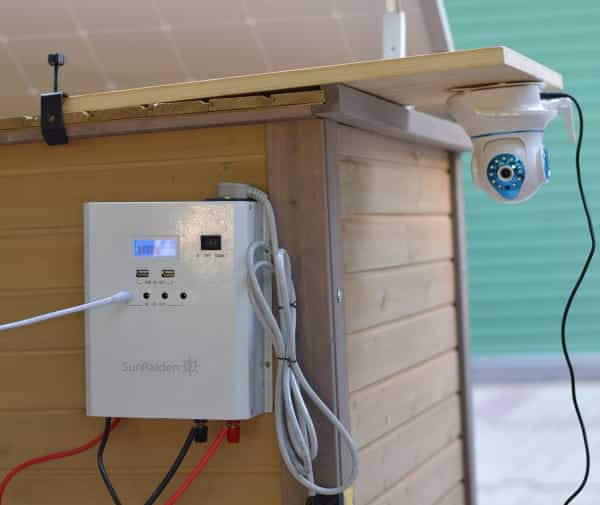 The awesome gadget can even be monitored and moved using his phone.

We’re guessing these dogs are enjoying their stay in their new pad. 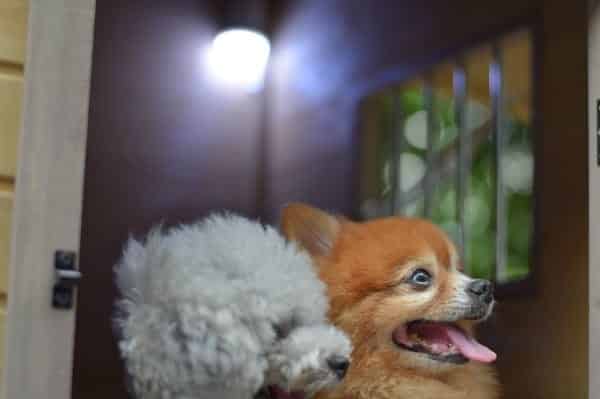 After all, what kind of dog wouldn’t want to stay in a posh doghouse complete with amazing gadgets? 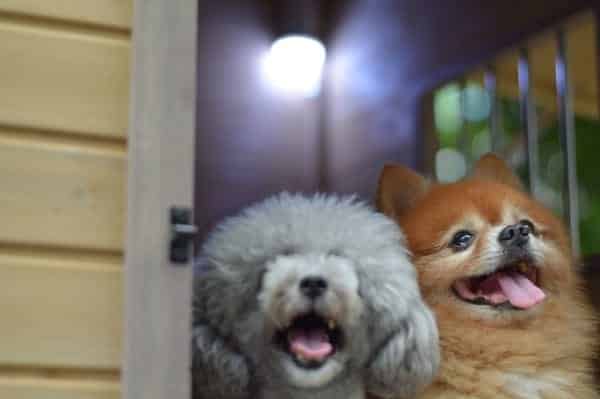 Do you want one for your dog? 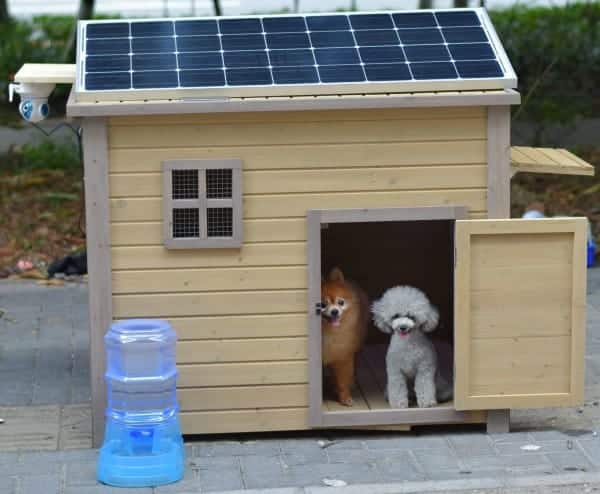