Whenever we hear or see massive things, we immediately get fascinated. Remember when you first saw a gigantic building? Weren’t you amazed by its humongous size? In any case, the world is packed with creatures much bigger than us. This is especially true during the pre-historic era where colossal beasts walked on Earth.

Since we feel tiny for not sharing this with you, we compiled a list of all things giant. This is definitely something that you won’t want to miss. Check them out! 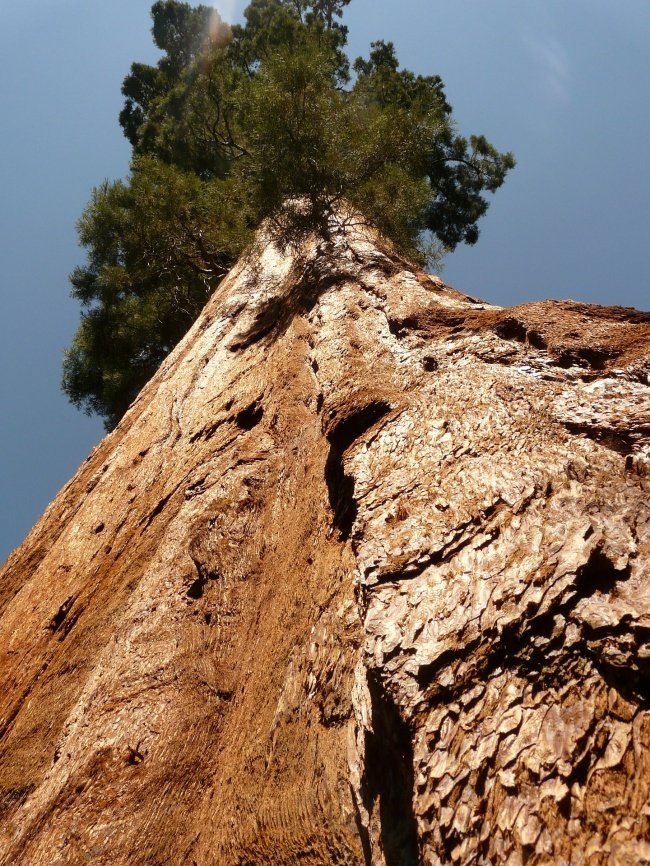 When talking about the biggest living things on this planet, it’s a crime not to include the Sequoia trees. They have the capability of growing up to 275 feet tall and 26 feet in diameter. You would look like a spec if you get close to them. 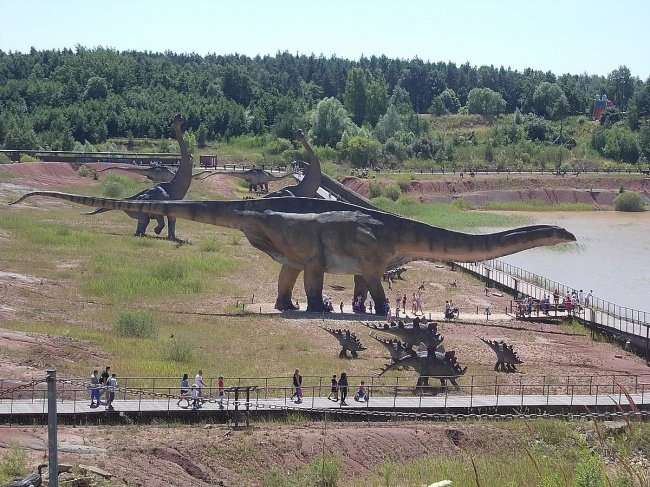 Considered among the giant creatures that lived in the past, these herbivore dinosaurs could reach 58 meters in length. In fact, its vertebra alone was measured at 2.5 meters. They were deemed kings 145-161 million years ago. 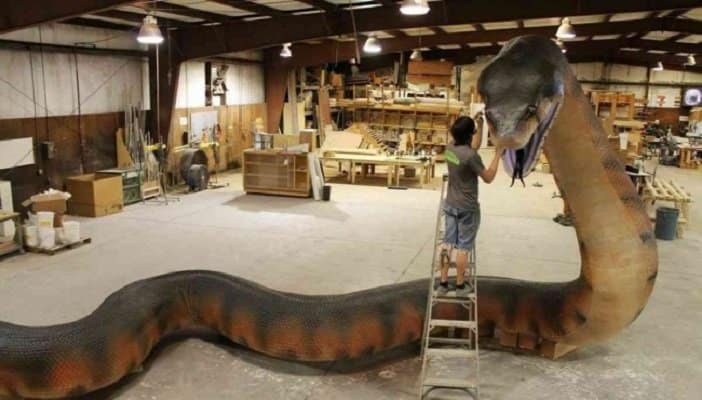 The name itself is enough to convince you of its gigantic size. The Titanoboa lived 58 million years ago and was capable of reaching a height of 13 meters. A reticulated python nowadays are just able to reach 7.5 meters in length. 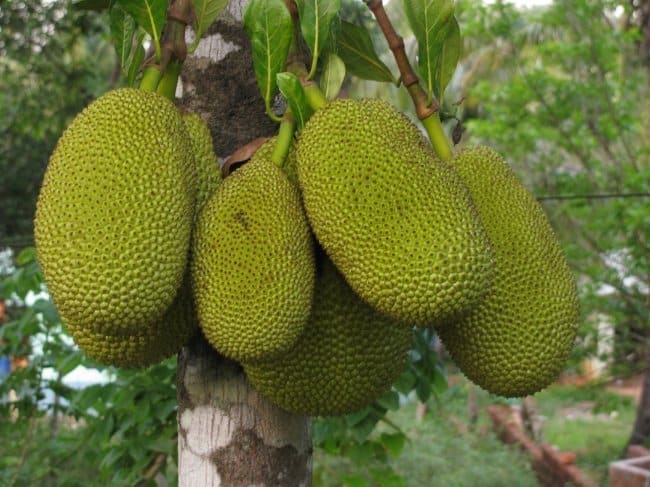 This one here is the biggest tree-grown fruit in the world, though it’s usually located in tropical countries. It can reach up to 90 centimeters in length, while its diameter can achieve around 50 centimeters. 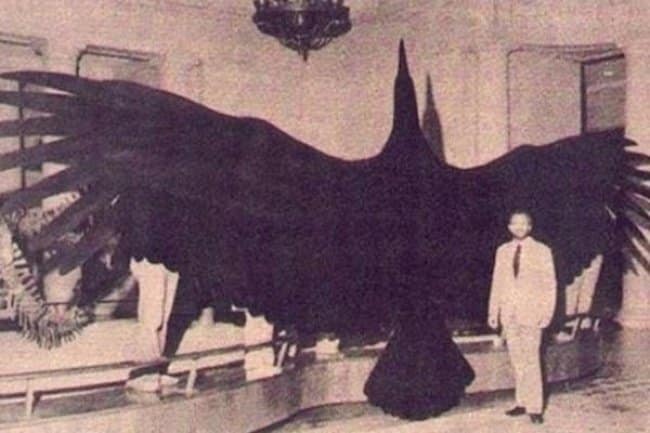 5-8 million years ago, Argentavis existed on this planet. They were one of the largest birds in all of Earth’s history. Its wingspan along could reach almost 7 meters. They were reportedly fond of eating rodents. 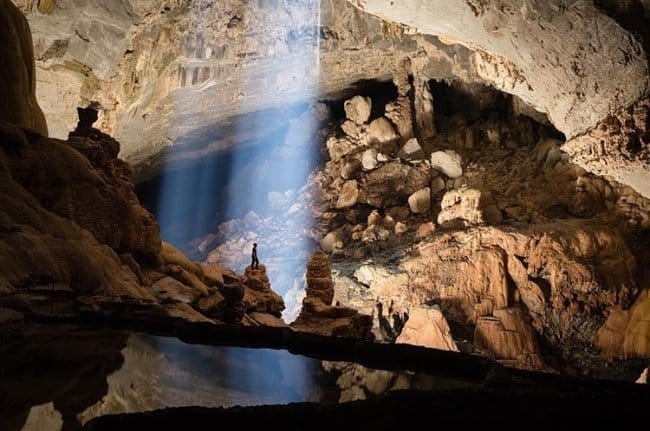 Located in Phong Nha-Ke Bang National Park, the Paradise Cave is a thing of beauty apart from its size. Its biggest chamber is more than 5 kilometers long, 150 meters wide, and 200 meters high. 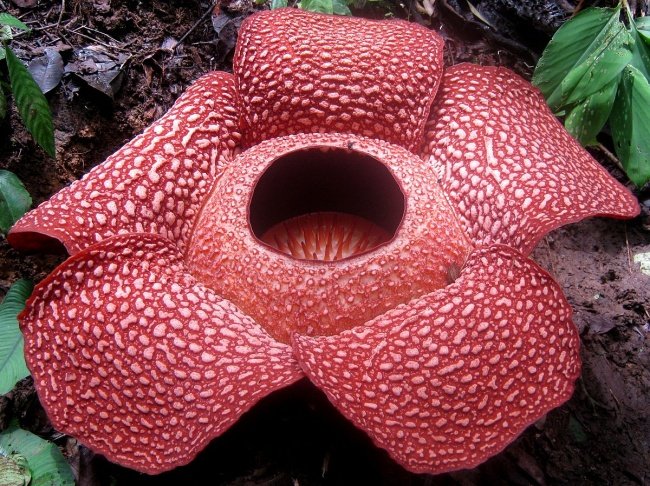 Considered the largest flower on Earth, the Rafflesia can reach over 100 centimeters in diameter. Apparently, though, it’s infamous for having a smell of a rotting flesh. 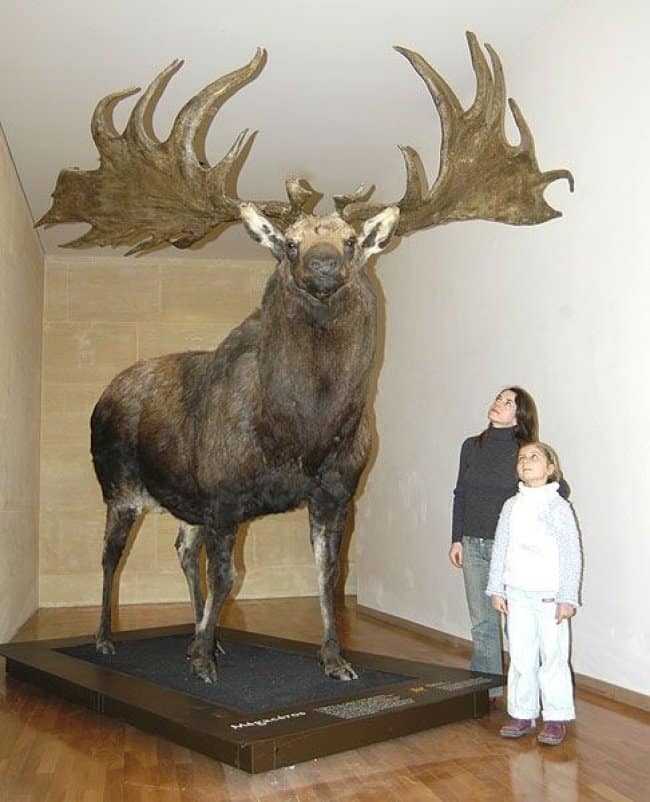 Commonly called an Irish elk, this giant deer appeared about 2-3 million years ago. Unfortunately, they began to die as soon as forests started spreading into open spaces. Their large antlers made it impossible for them to move freely. 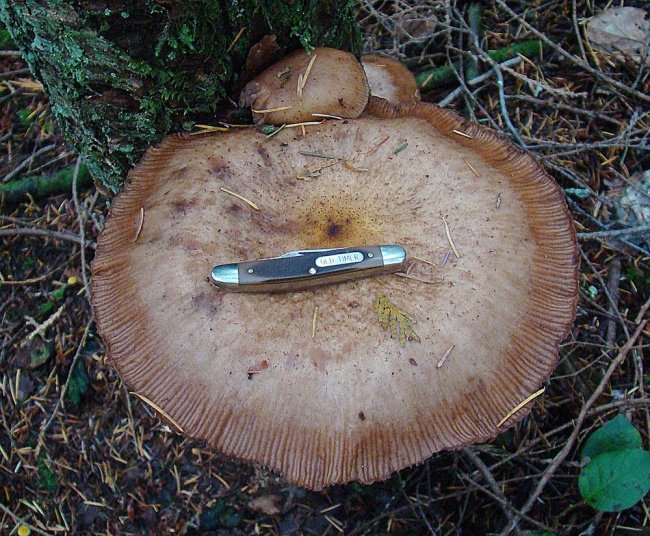 Armillaria ostoyae – colloquially named the Humongous Fungus – is among the largest living organisms in our world. It covers at least 8.4 square kilometers in the Malheur National Forest in Oregon, though it’s mostly hidden underground. 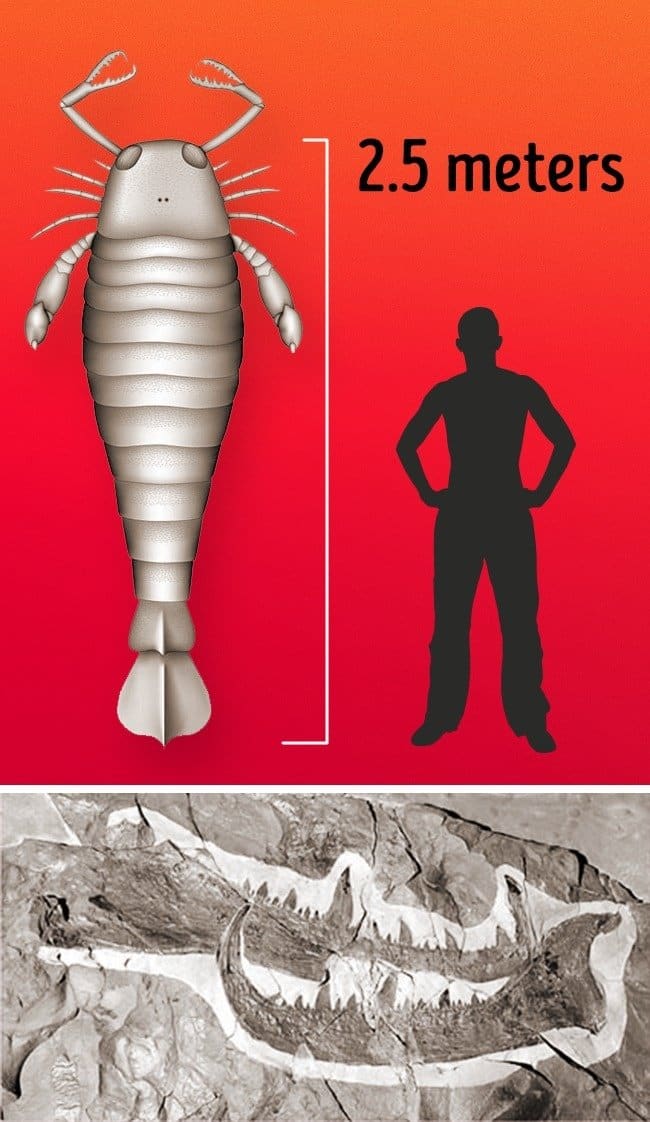 Mersomes were known to be the largest arthropods. They could grow around 2.5 meters, and they existed 250-500 million years ago. 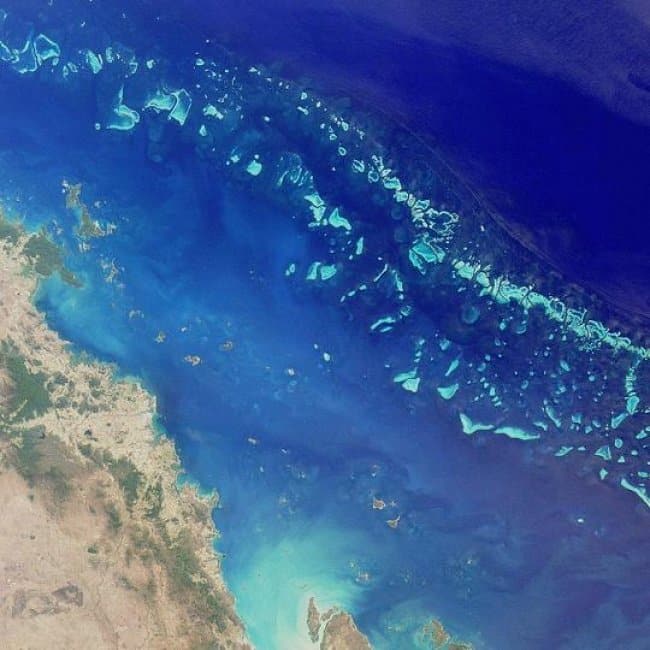 The titular Great Barrier Reef is deemed the largest single structure created by living organisms. Located in the Coral Sea, it stretches over 2,300 kilometers over an area of around 344,400 square kilometers. 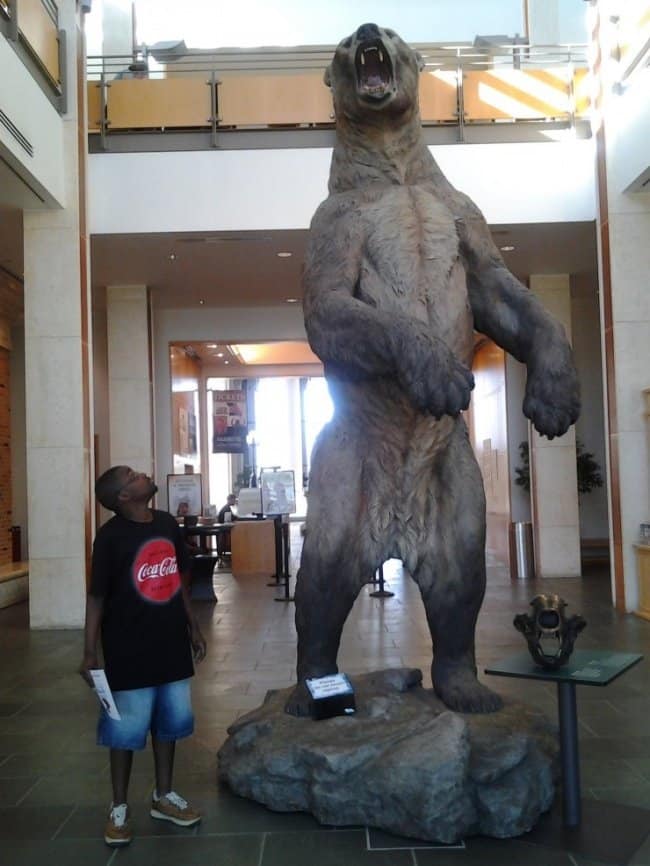 Whenever it stood up on its legs, its reach could get to 4.5 meters in height. Its extra powerful jaws helped it became one of the most dangerous carnivorous animals during the Ice Age. 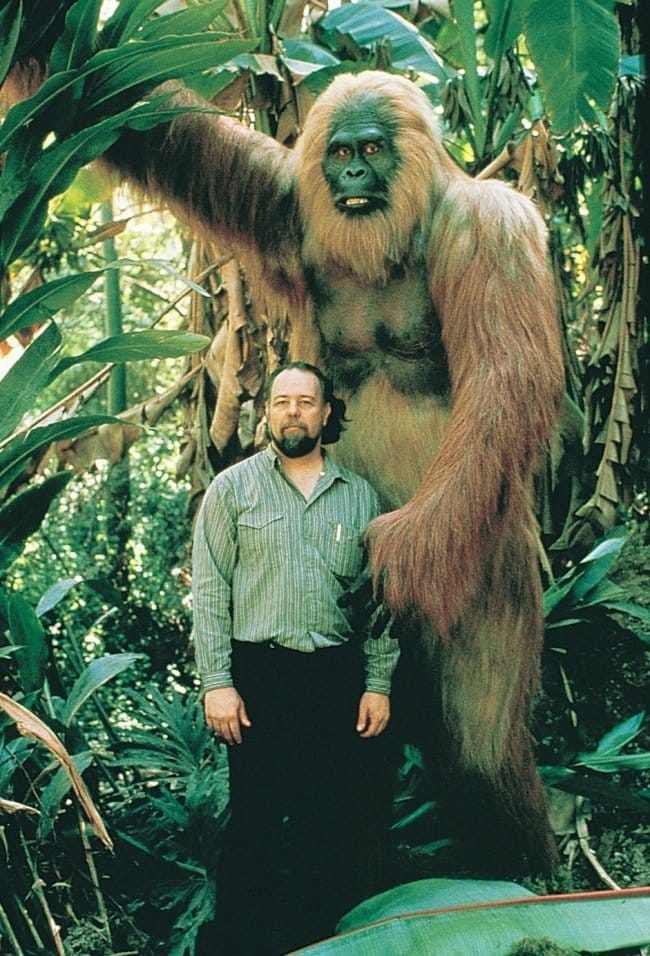 This one here was deemed the largest among apes, but it lived one million years ago. Although it is difficult to come up with certain conclusions based on the rare remains, scientists believe that its height reached 4 meters and 550 kilos in weight. They were fond of eating bamboos. 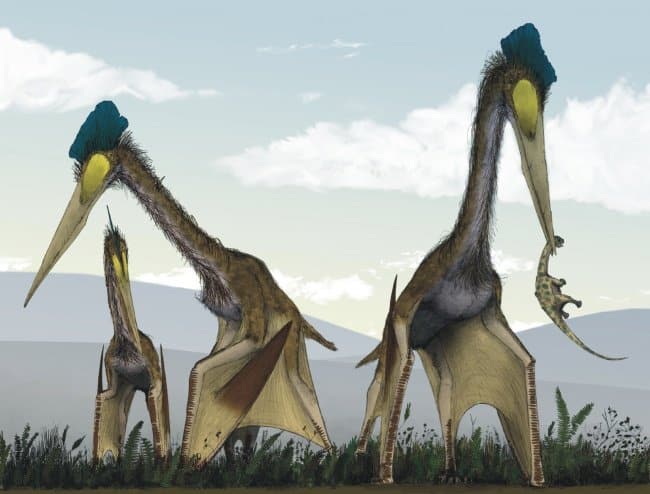 Quetzalcoatl lived 68 million years ago and was the largest pterosaur during its prime. Its size made it easily the biggest flying animal to ever walk on Earth. The spread of its wings was between 12 and 15 meters. 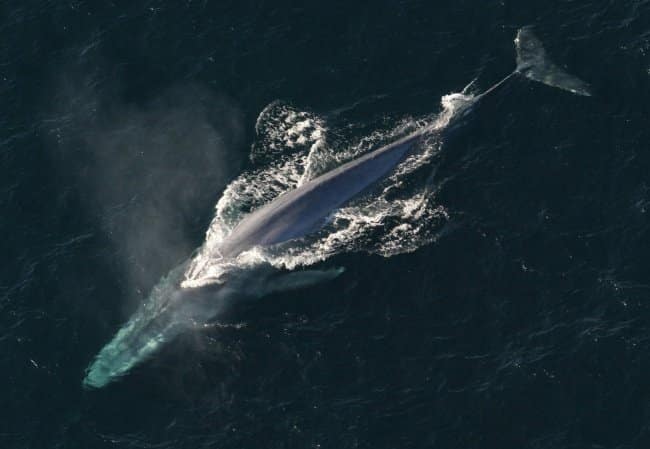 Of course, who can forget the Blue Whale? It’s just the largest animal living on the planet today. It reaches 33 meters in length and 150 tons in weight. By 1960s, these creatures nearly got extinct.

The ancestor of our modern alligators, the Sarcosuchus was around 12 meters in lengths. It preyed on small dinosaurs. And believe it or not, its bite was about 33,000 and 44,000 pounds. Hence it could turn its prey in half.