There has been a growing concern over gun safety since the number of crime and accidents increased, particularly in the United States.

More and more people seem to have guns these days, and we believe that it’s important to have proper protection when using firearms. As such, gun safety rules and firearm handling must be seriously explained to gun owners.

Accidental shootings, mass shootings, and suicide have increased fear among people, causing gun-related violence to be one of the most talked about topics that need to be addressed. “Gun control” is one of the best ways to stop these things from happening.

Kai Kloeper, an 18-year-old innovator from Colorado, invented a smart gun that activates only with a finger print. 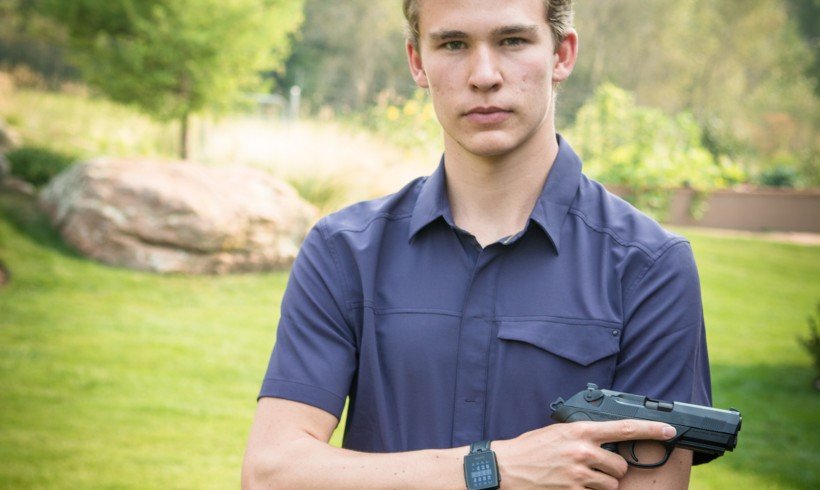 Kloeper first worked on this idea for his Science project because according to him, he wanted to do something about mass shooting since this incident had a huge impact on him.

According to him, he found out from his research that there were 330 mass shooting in 2015 and was surprised to discover that there are 1846 accidental shooting in 2015. These numbers indicated that there has been a growing number of improper firearm use, and this fact alarmed him.

This is a firearm prototype that has a fingerprint scanner which he claims to have 99.99% accurate recognition rate. 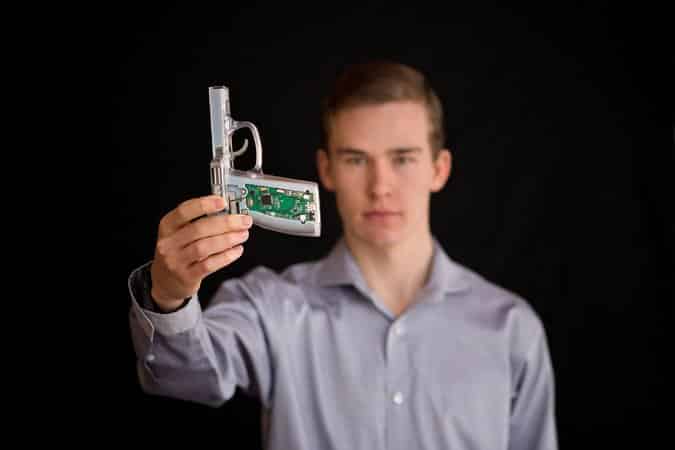 So, Kloeper designed a gun prototype that is activated only by fingerprint. According to him, these fingerprints are stored with military grade encryption. The owner of the gun or any other person that the owner will authorize to use the weapon will just have to set their fingerprints on it to activate. However, the gun automatically deactivates if an unauthorized person tries to use the gun.

Watch the video to find out more about this young man’s invention:

Kai Kloeper is now promoting his invention by raising money on Indiegogo for him to be able to make his prototype into a real metal fire arm which could help gun control.

The U.S. President asked to run a research about gun safety technology and this project of Kloeper could be one of the answers to stop firearm misuse.

“My biometric technology can prevent tragedies. If I save one person’s life, I’ve accomplished my goal.”

Indeed, this is totally an awesome discovery!

Don’t forget to SHARE this story with your friends and family! Let’s help this young man promote his project;this can probably save a life and curb firearm misuse!