Rubik’s Cube enthusiasts, pay attention here. If you are hoping to get faster at solving the Rubik’s Cube, you’ll probably be amazed – or disappointed – that you can never be faster than this robot.

Invented by software engineers Jay Flatland and Paul Rose, this mind-blowing can easily solve a Rubik’s Cube in lightning-fast speed. In fact, this robot can solve that little puzzle in a little just over a second.

Of course, some of us may be aware that the fastest human world record is currently held by Lucas Etter (who did it at 4.904 seconds) while the current machine record is at 3.253 seconds but this one does it much faster.

Invented by Jay Flatland and Paul Rose, this amazing robot can solve the Rubik’s Cube in 1.04 seconds. 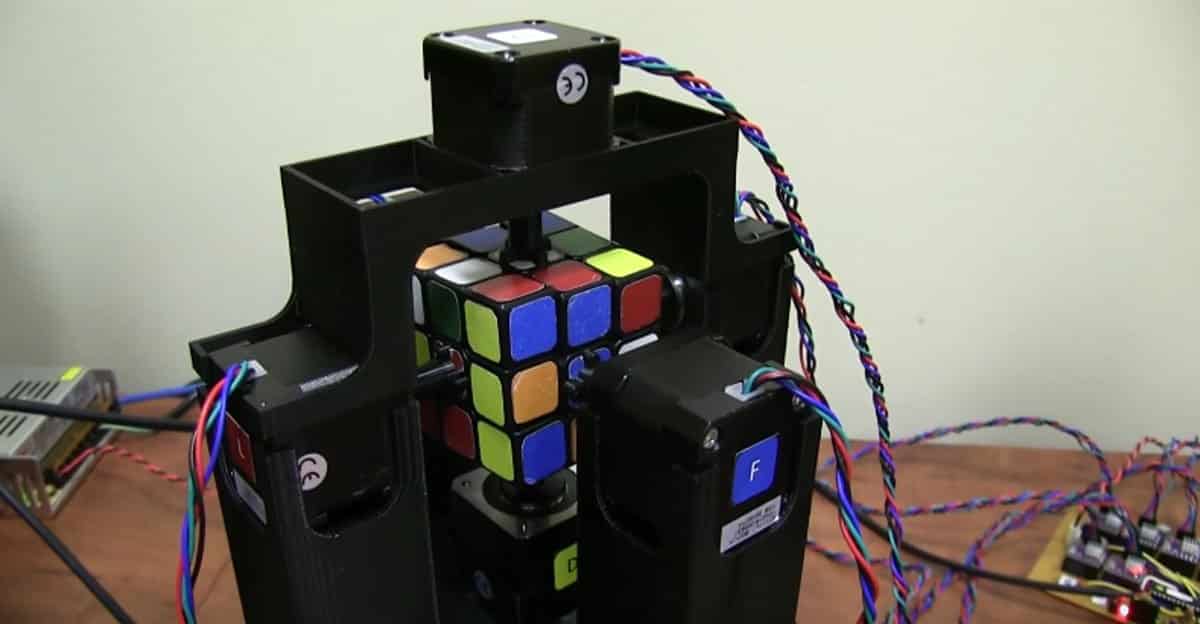 In the first part of the video, the robot solved the cube in just 1.196 seconds. After Jay unscrambled the puzzle, the machine even managed to finish at 1.047 seconds.

It’s totally ridiculous I caught myself shaking my head in disbelief while watching the video below.

Watch the robot in action here:

The robot is made of stepper motors, 3D-printed frames, and USB web cameras. First off, the machine scans the cube for its configuration and then determines how to solve it.

As of present time, Jay and Paul are aiming to officially get the world record and we do not doubt that will happen soon. This robot is so phenomenal, we’ve literally never seen anything as fast as this.