It’s always uplifting to hear stories about people persisting with their goals, despite the difficulties.

Jay Calivoso, a 40-year-old man from the Philippines, is such a fine example of determination.

Granted he has just started the first steps towards achieving his dreams, it is undeniably inspiring that he took the steps in the first place.

Jay, you see, has just enrolled as a Grade 1 student in the Amarosa Elementary School in Laoag City.

In a report by local news network ABS-CBN, we learn that Jay has already learned to write his first name on the second day of classes – and he’s really happy about it.

During his younger years, Jay failed to attend school because he was born with polio, a disease that greatly affected his right leg.

“I was too shy to attend school back then because other kids were teasing me. But now I try my best to fight shyness because this is for my own good. Education is really important.”

40-year-old Jay Calivoso can finally write his first name after enrolling as a Grade 1 student in Laoag City, Philippines. 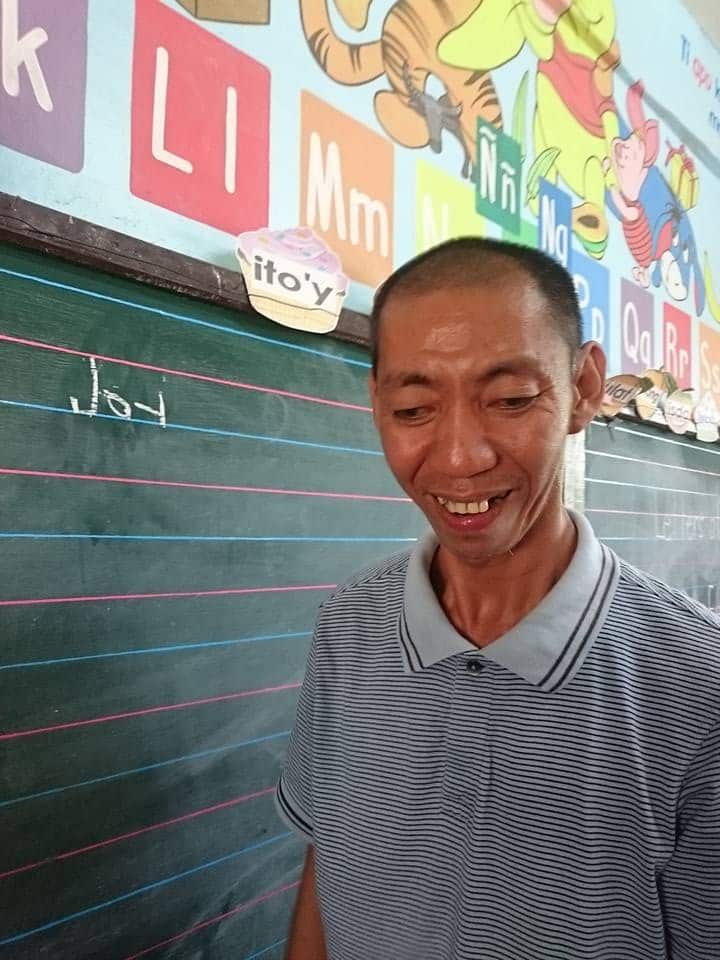 Jay makes a living selling vegetables but through sad experience, he realized the value of obtaining formal education. According to him, some people take advantage of him because of his inability to count properly.

He’s had enough of it. And fortunately, he’s getting a lot of well-deserved support.

This year, he started attending school “using a bicycle he borrowed from his cousin,” ABS-CBN tells us.

“My classmates are very helpful to me. They consider me their bih brother. I’ll do my best to finish my studies,” Jay said.

Grace Agaliam, his aunt, is very happy for him. She said:

“Despite his age, he decided to attend school so he can learn to count and read. It seems he took it as a challenge when our neighbors looked down on him.”

Meanwhile, school principal Joel Remigio has this to say about Jay:

“He’s a source of inspiration because of how he values education despite his disabilities and of his age. He’s really inspiring.”

Our hats are off to you, Jay. Best of luck to your studies!