The Hoba meteorite, also known as the Hoba West, is currently the largest known meteorite (as a single piece) on Earth. The 66-ton iron object was discovered by a farmer back in 1920 not far from Grootfontein in the Otjozondjupa Region of Namibia.

The owner of the land on which the Hoba was found, Jacobus Hermanus Brits, discovered the object while ploughing one of his fields with an ox. He heard a loud metallic scratching sound, which caused his plough to suddenly stop.

The Hoba meteorite is the largest known meteorite on Earth. 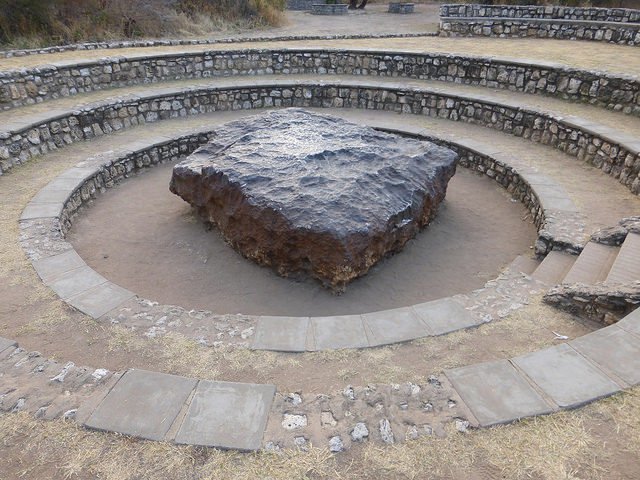 Quickly after its discovery, the Hoba attracted the attention of many scientists. They identified the object as a meteorite and removed the soil around it. Because of its large mass, it was never removed from where it fell.

The meteorite was discovered by a farmer in 1920. 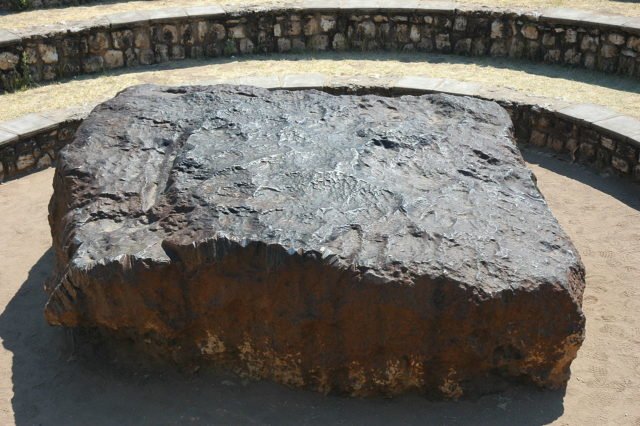 Scientists believe the meteorite impact occurred more recently than 80,000 years ago. What’s more fascinating is that the Hoba left no crater. It is believed that the Earth’s atmosphere slowed the object down, which caused it to fall at terminal velocity (estimated at 320 meters per seconds), leaving very little excavation and keeping the object intact.

It left no crater when it fell on Earth. 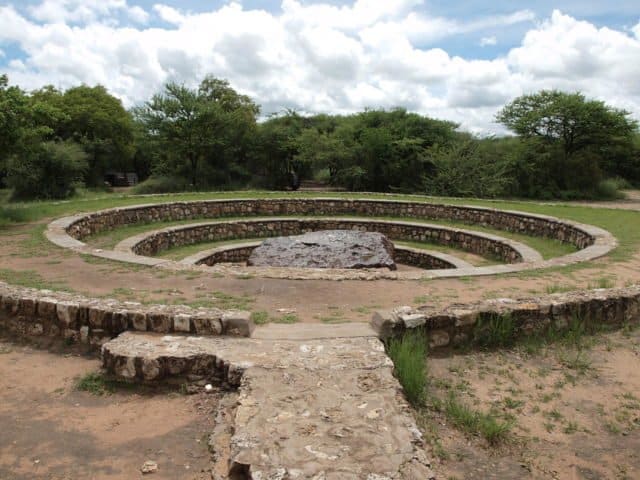 The Hoba meteorite also holds the record for being the largest piece of iron ever found on the Earth’s surface. It is composed of 84% iron and 16% nickel, with traces of cobalt. There is a crust of iron hydroxides on the surface of the object because of weathering. The meteorite has a remaining mass of just over 60 tons today because of scientific sampling, erosion, and, sadly, vandalism.

The meteorite is also the largest piece of iron ever found on the Earth’s surface. 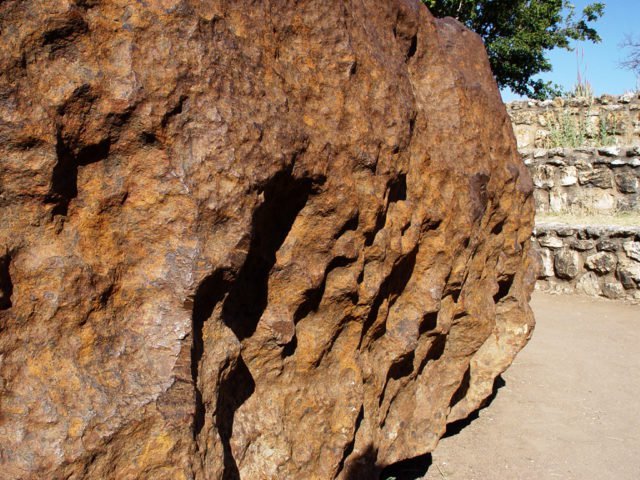 The American Museum of Natural History tried to purchase the meteorite in 1954, but their offer was rejected. In March 1955, the Hoba meteorite was declared a national monument. Near the site is a small tourist center. The Hoba is visited by many tourists every year.