This video recently went viral on social media and it’s really easy to see why. The short footage sparked massive outrage from angry netizens who lambasted the guy who seemingly didn’t care that his girlfriend was falling from a high cliff.

Well, you gotta check out the video below and just see it for yourself.

The viral video shows a young couple on the edge of a cliff, preparing to jump off a high cliff. 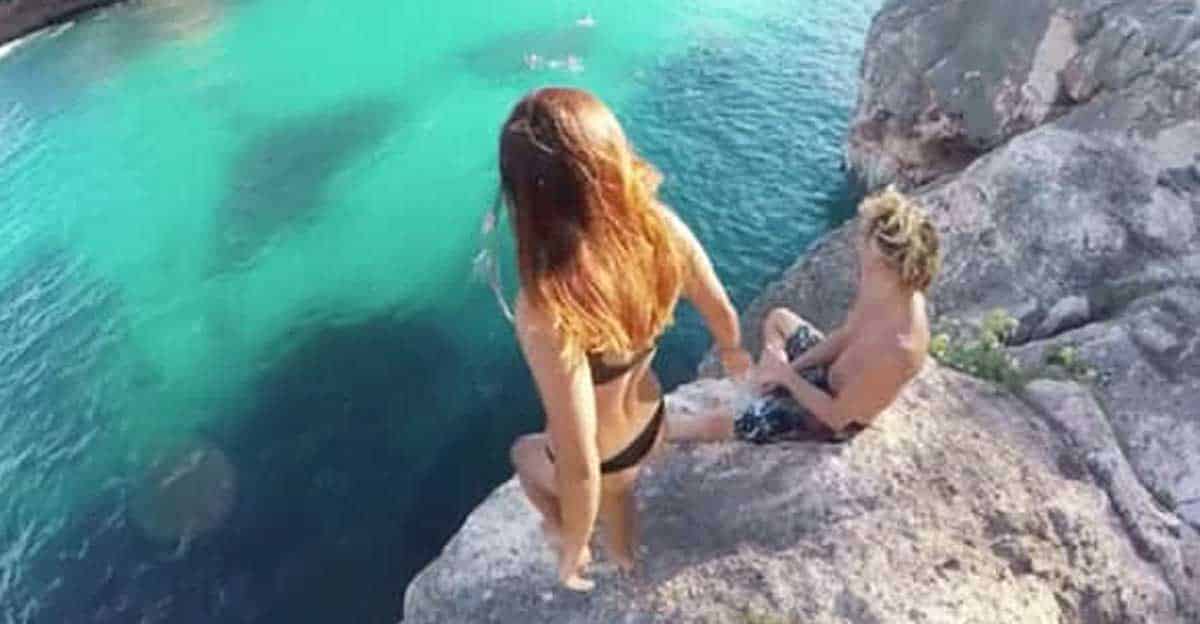 The clip shows us the young couple on the edge of a cliff. Moments later, the girl prepared to leap into the blue water below. The problem, however, was that while the bikini-clad lady was preparing to take the jump, she lost a bit of balance and so she hesitated at the very last second.

At the last second, the girl hesitated and tried to grab her boyfriend’s foot – who pulled his leg away. 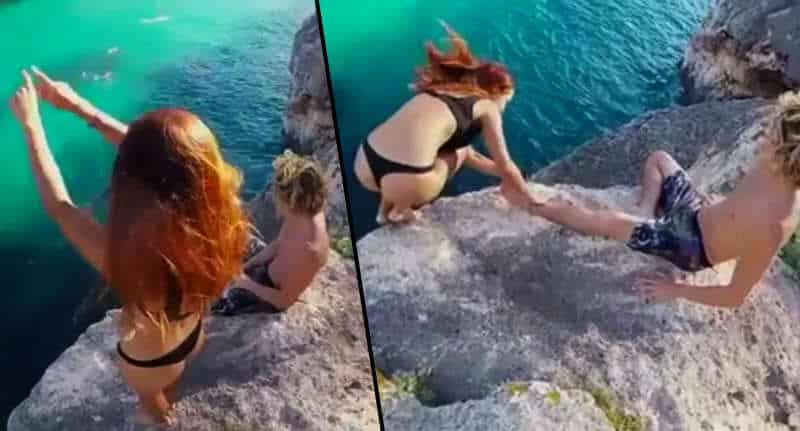 Naturally, she tried to grab on her boyfriend’s foot for support but, like we’ve been telling you, he clearly doesn’t give a damn. The guy pulled his leg away and so she fell off the cliff just like that.

The video was first shared on Reddit but has since been uploaded on several social media sites after it went viral.

One thing’s for sure, though – everyone is pissed off with the guy’s reaction. He could’ve easily helped the girl but he willingly chose not to. As if he didn’t realize – or care – that falling off a huge cliff like that can be potentially lethal.

I mean what if she hit the rocks on her way down, right? Well, we sure hope she wasn’t seriously injured from the fall.

If she survived this, we hope she considers ditching him as soon as possible.