A stationary warship may initially sound like a terrible idea but wait until you hear what Fort Drum is all about. Known to many as the “concrete battleship,” the Fort Drum is a heavily fortified island situated at the mouth of Manila Bay in the Philippines, due south to Corregidor Island, facing the South China Sea.

The idea for Fort Drum first came up after the Spanish-American war in 1898, when the Americans acquired the Philippine archipelago, once a Spanish colony.

At the time, United States’ Board of Fortifications decided they need to do a better job at protecting overseas territories. U.S. military engineers made note of Manila Bay’s weak coastal defenses and drew up plans to fortify America’s new colonial outpost in Asia. They then focused their efforts in Manila Bay. Initially, they intended to use the site as a control center for mine network but they eventually settled to leveling the island and building a fortification.

Fort Drum is strategically located at the mouth of Manila Bay.

When construction started in 1909, U.S. military engineers enclosed the existing rocky nub of El Fraile Island in enough concrete to erect a large, vaguely ship-shaped bastion. Fort Drum’s barracks, ammunition magazines and utility spaces lay inside concrete walls up to 36 feet thick. It was built using thick layers of steel reinforced concrete and measured 350 feet in length, 144 feet in width, and stands 40 feet above the water. 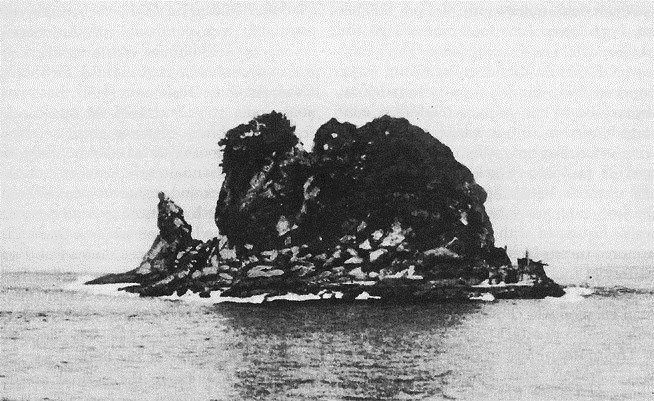 The fort was apparently over-engineered to withstand all kind of siege. 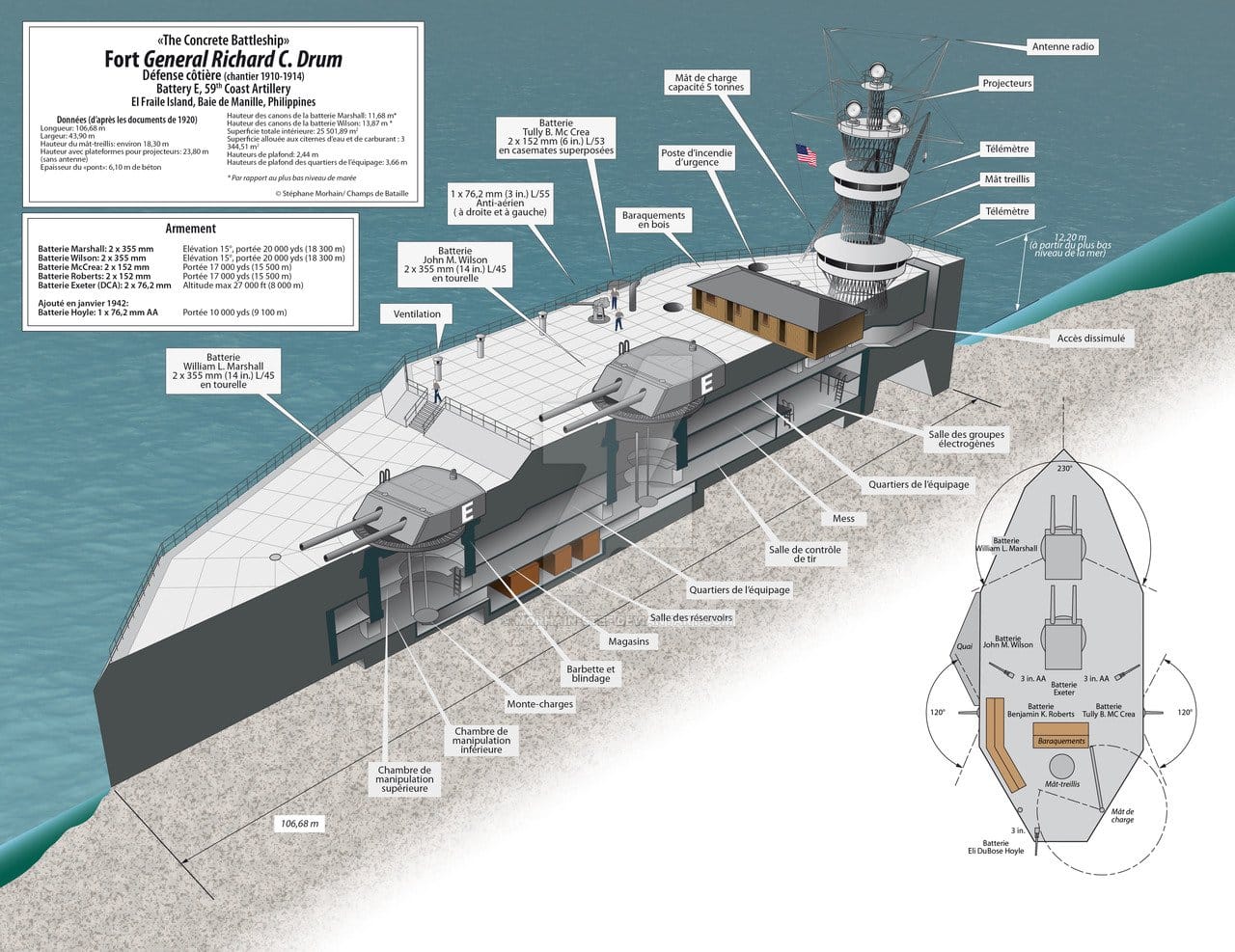 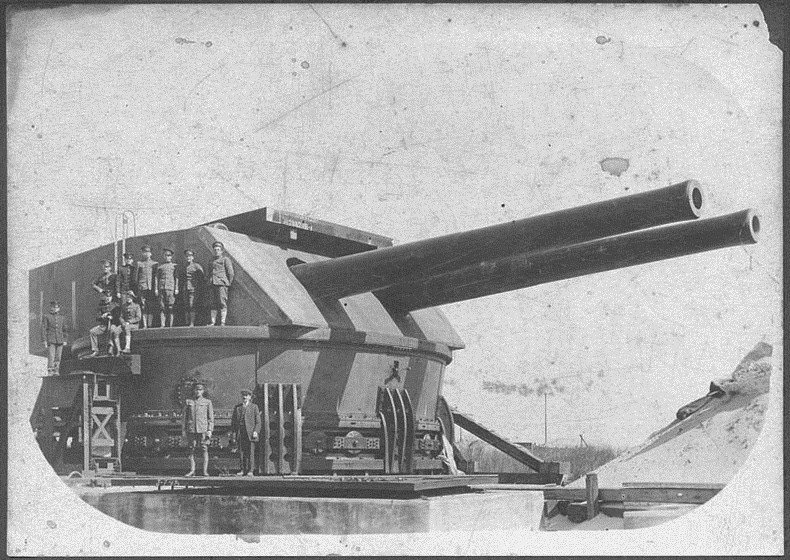 Four more six-inch guns sprouted from armored casements on either side of the fort. Several mobile anti-aircraft guns completed the island’s armament. 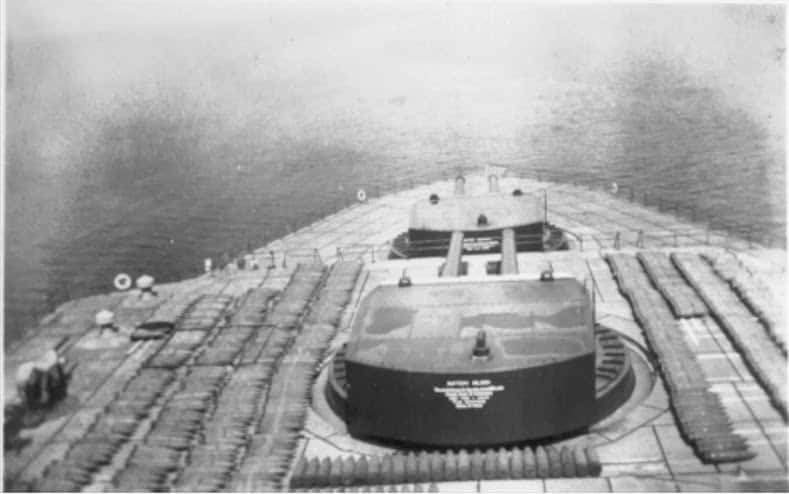 It also had searchlights, anti-aircraft batteries, and a fire detection tower. 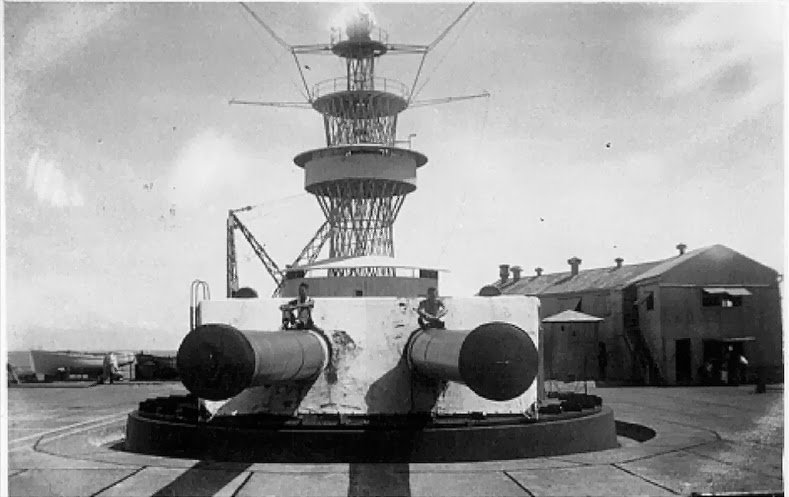 Fort Drum served as the gatekeeper of Manila, the capital of the Philippines. 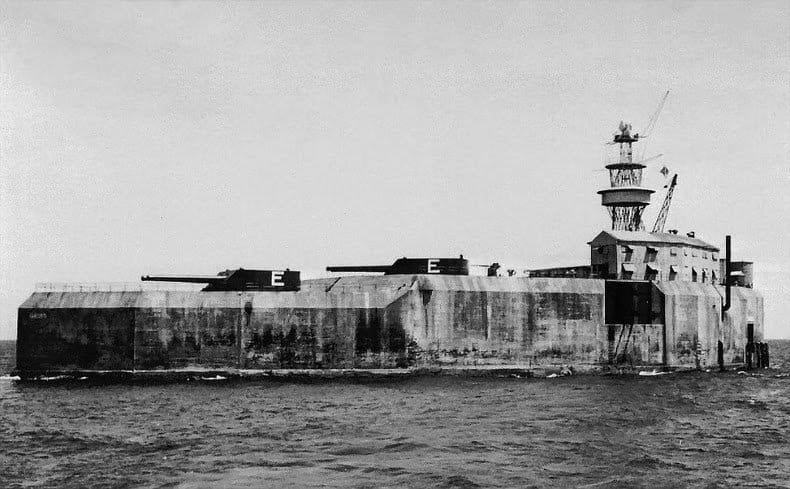 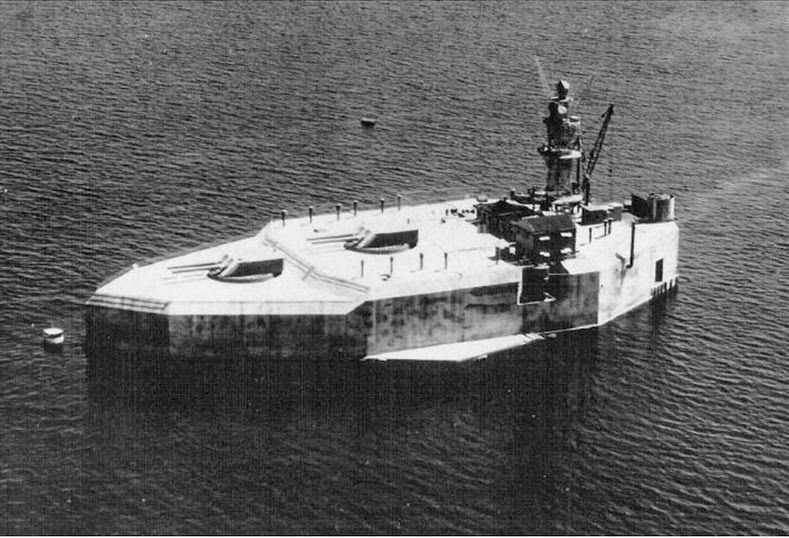 The fort endured bombing and shelling which destroyed the anti-aircraft batteries, the six-inch gun was temporarily disabled, its casemate and searchlight was also damaged, and large chunks of concrete got chipped away.

The whole time Fort Drum was under attack, it returned fire against the Japanese. The fort’s resistance continued even after the fall of Bataan. The guns of the concrete battleship dealt serious blows to Japanese forces assaulting the island of Corregidor, inflicting heavy casualties.

The concrete battleship was eventually surrendered to Japanese forces after the fall of Corregidor Island on May 6, 1942 and was subsequently occupied by Japanese forces. The four 14-inch turret guns were never out and were still firing effectively five minutes before the fall of Corregidor. The surrender of the Manila Bay forts marked the end of U.S. resistance in the Philippines. 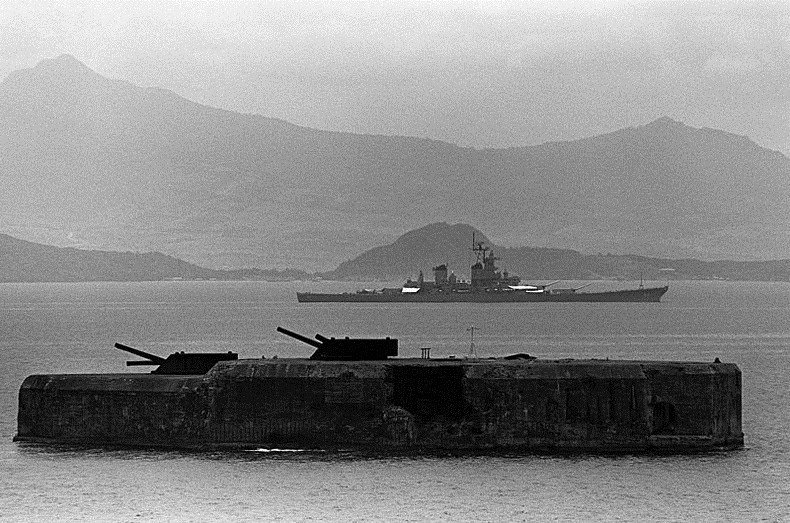 The concrete battleship once again proved its toughness as the last bastion of resistance when the Americans returned in 1945 to liberate the Philippine archipelago. Fort drum was the last position in the bay that was held by the Japanese Empire. After a brutal naval and aerial bombardment, US troops eventually gained access to the deck of the fort, and were able to pin down the garrison below where the Japanese troops held out with no plans to surrender.

Instead of attempting to break in, the American troops poured diesel fuel and gasoline into the ventilators and ignited it. The fire, however, lasted for several days and it eventually left the concrete battleship permanently out of commission. The Japanese defenders inside the fort were completely incinerated. When the Americans entered the fort, they discovered 65 charred bodies. 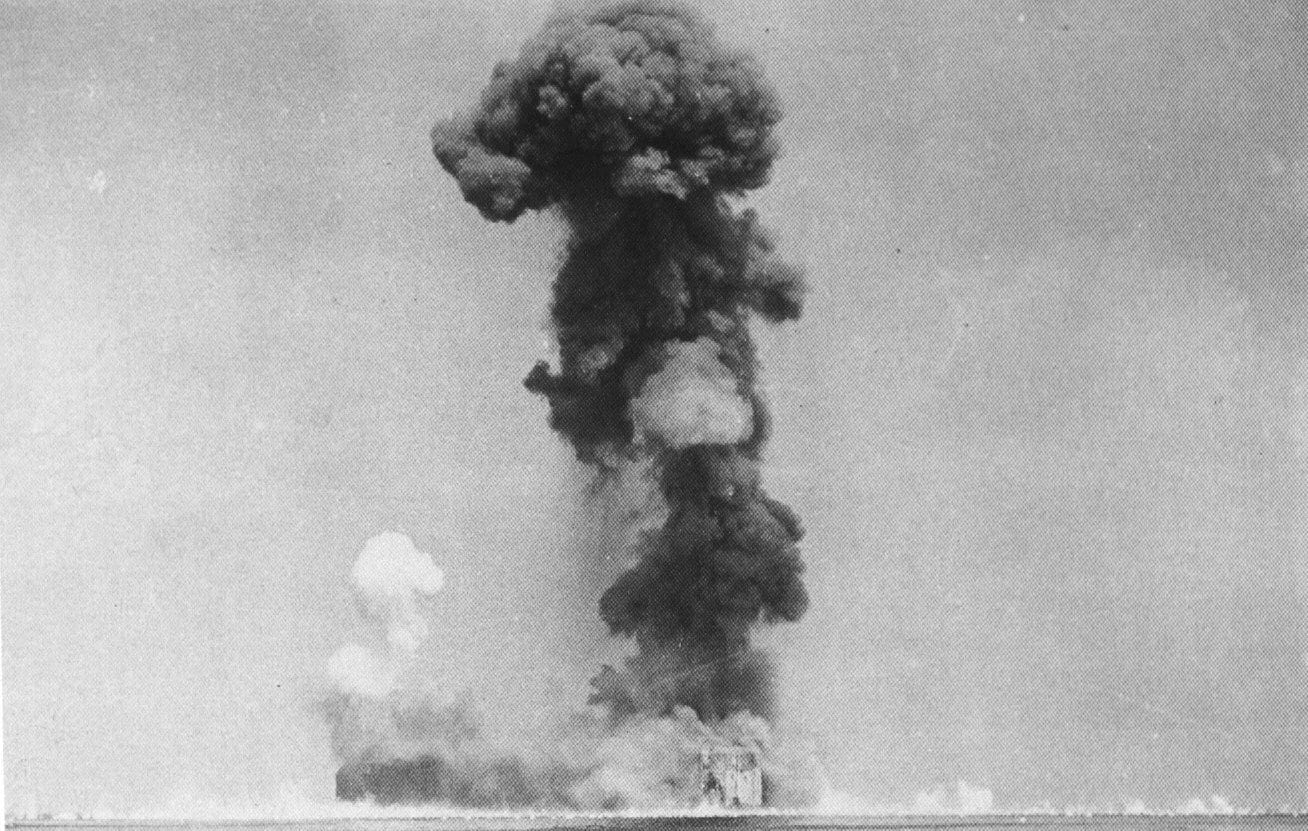 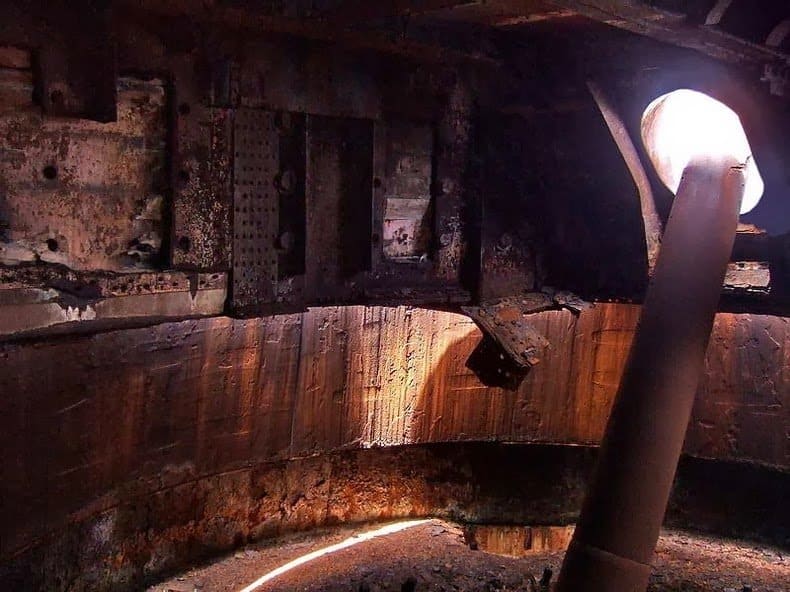 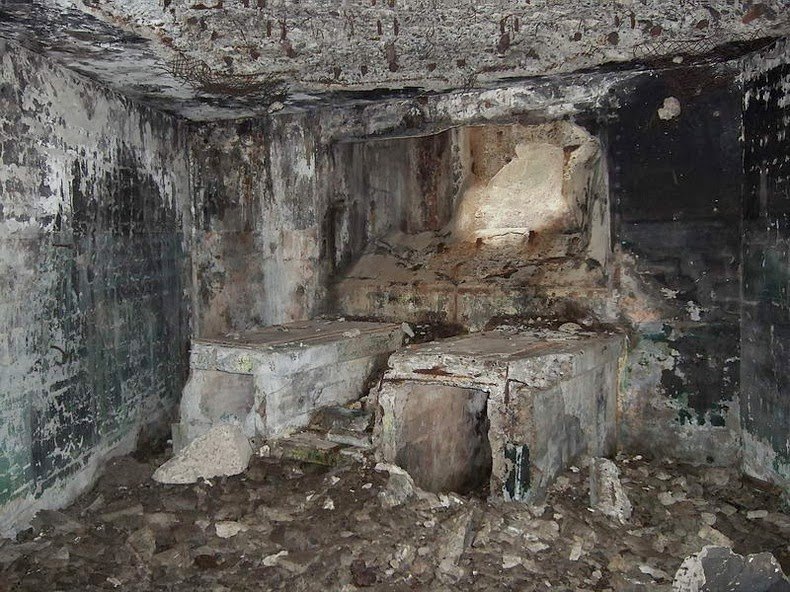 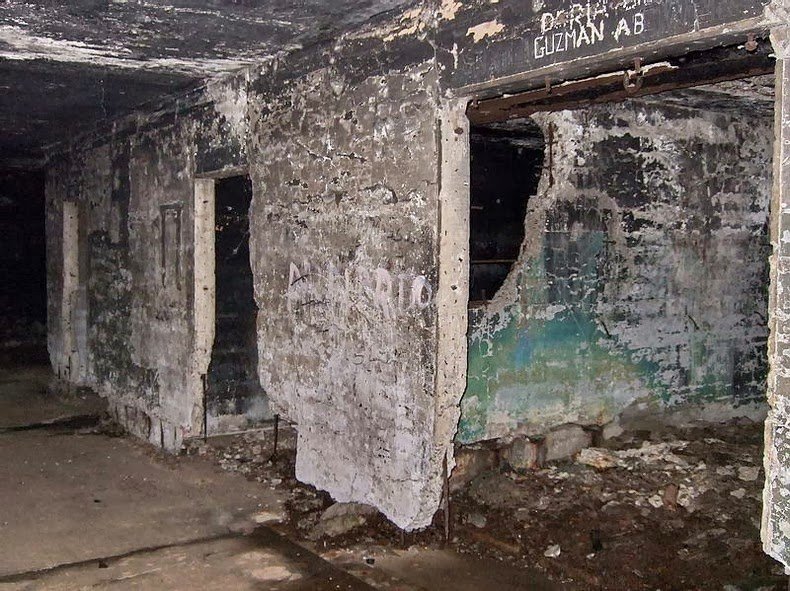 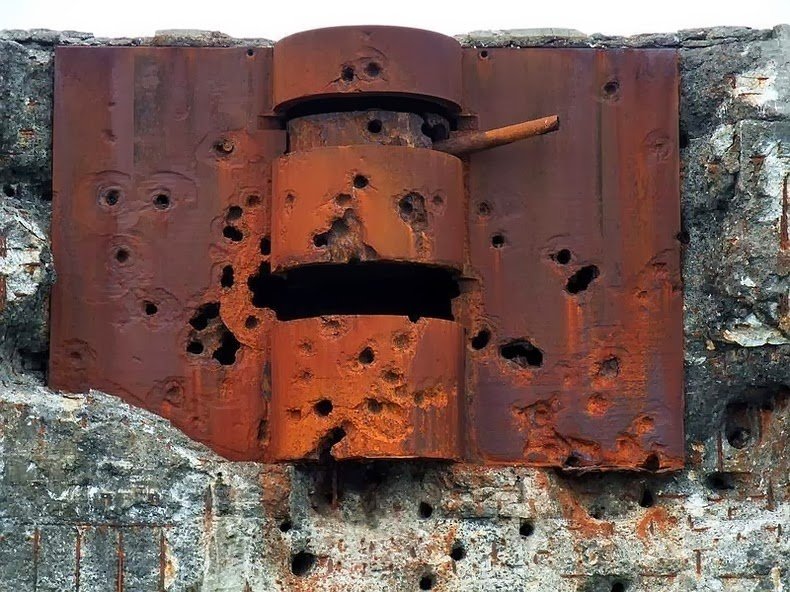 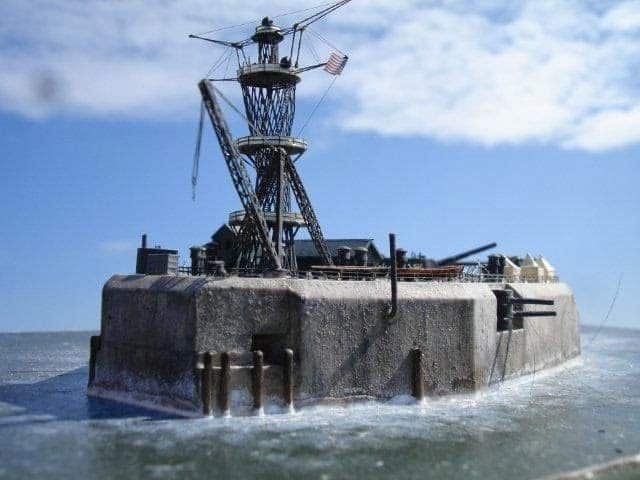 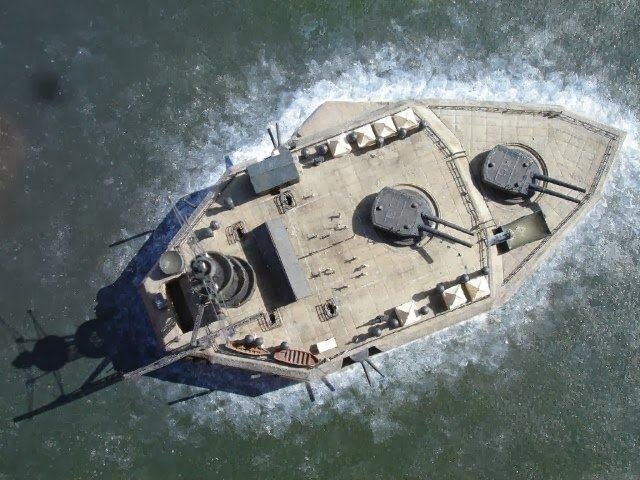 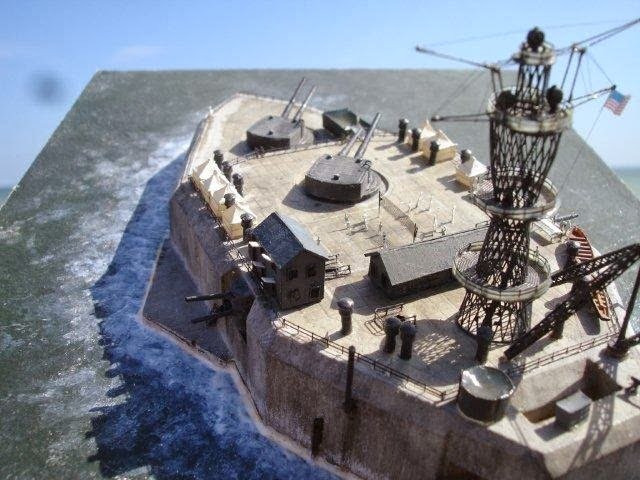 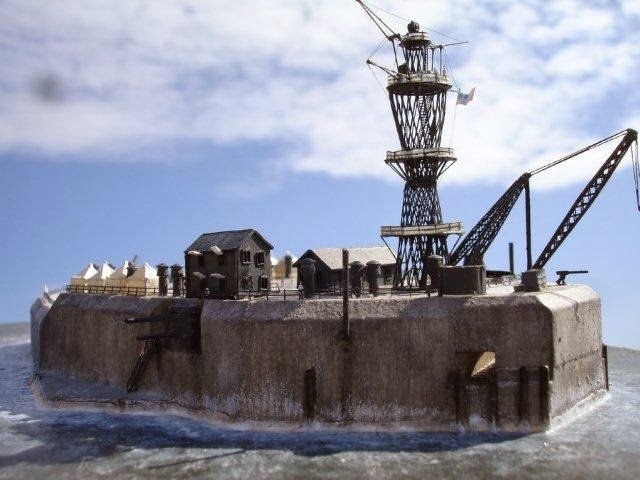 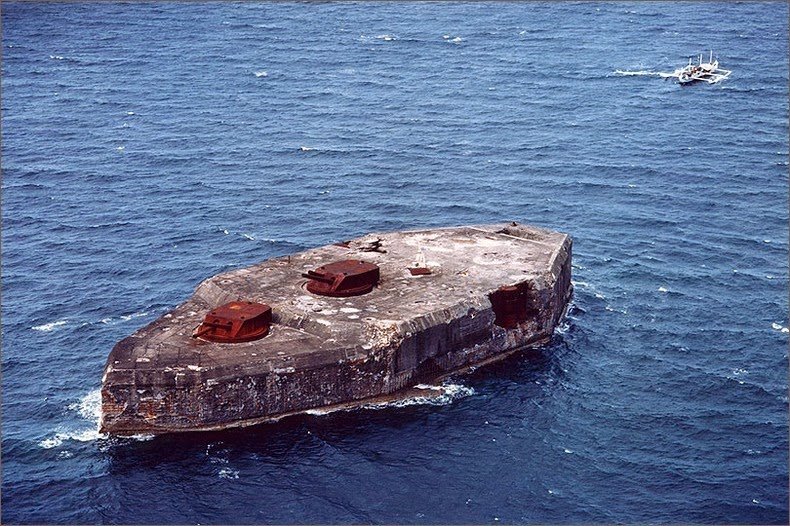 Fort Drum was named after Brigadier General Richard C. Drum who passed away the same year as the fort’s construction.