What happens when a prominent flat-earther bumps into a NASA scientist at a Starbucks shop? Well, you are about to find out in the video below because that’s exactly what happened just recently – and it was all caught on film.

In the bizarre footage, Nathan Thompson, founder of the Official Flat Earth and Globe Discussion page confronted a NASA scientist in the said coffee shop. Based on the video, the two had a nice chat earlier and the scientist even gave Nathan some stickers.

Nathan Thompson bumped into a NASA scientist in a Starbucks branch. He was given a free NASA sticker. 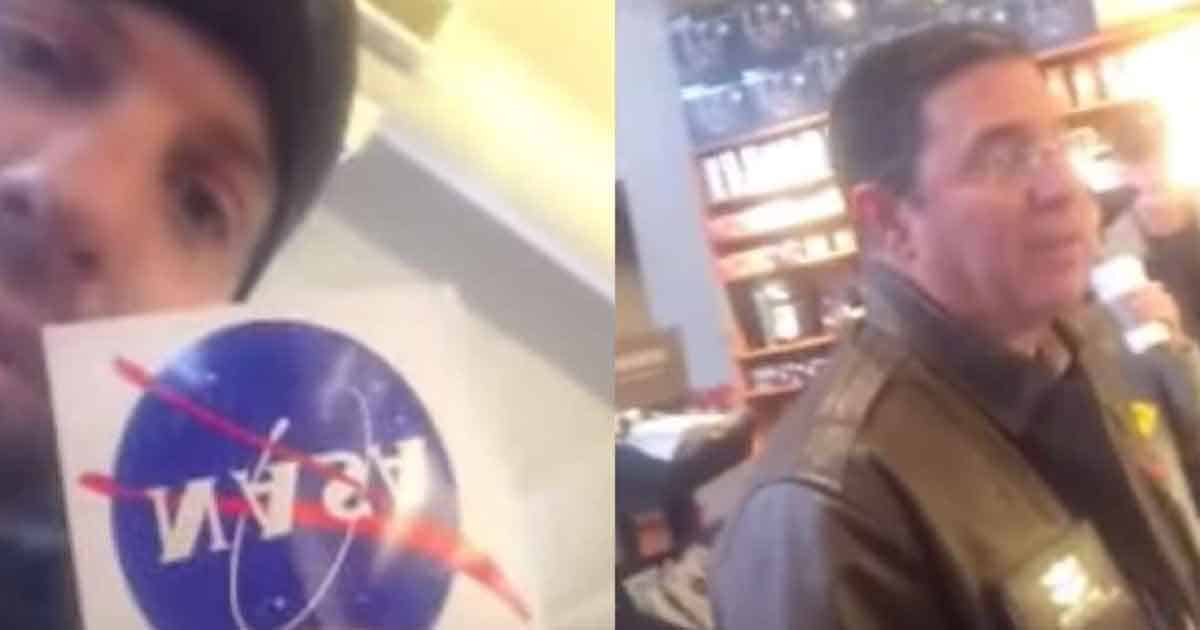 However, Nathan further tried to have an on-camera discussion with the unnamed scientist while he was ordering his coffee. The topic? Well the flat-earther wanted to talk about astronauts drowning in their own saliva and prove NASA’s lying to the world.

“And I asked him. I said, uh, astronauts have almost died in space. Uh, they get water in their suit and they almost drowned and he said it was because of saliva. This guy right here, hang on, I’m gonna wait for him to get to the front of the line, and then I’m gonna ask him some more questions.”

According to IFLScience, Nathan may be “referring to the incident in which Italian ESA astronaut Luca Parmitano’s helmet filled with water on a spacewalk due to a clogged water filter. It began to cover his nose, making it difficult to breathe.”

Unfortunately though, the attempt to have a discussion didn’t end well for Nathan.

Nathan was told to leave the shop and while he did so calmly, he ranted a lot once he was outside. He said:

“Well I just got kicked out of Starbucks for asking a NASA employee questions, cuz he’s LYING. He’s a blatant LIAR. What a JOKE that was! Now we’re outside. Beautiful America. Man that was ridiculous. I GOT NASA FRIGGING STICKERS FROM THE NASA EMPLOYEE, GUYS! And then I start asking him questions and he told me to go outside of Starbucks; I’m frigging shaking. Oh. My. Lord.” 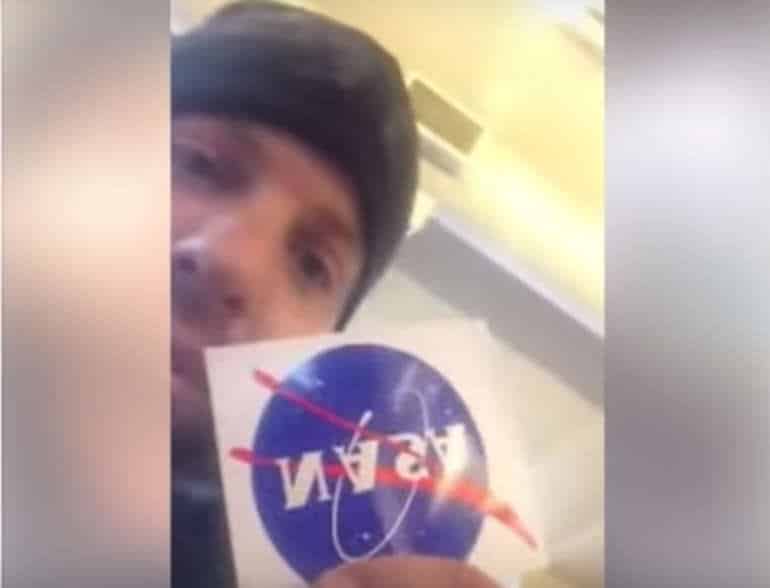 Judging by the comments and thumbs down though, the flat-earther clearly isn’t winning converts to his cause.

“NATHAN HE WON’T TALK TO YOU BECAUSE YOU’RE ACTING LIKE A CREEPY PERSON. THE EARTH IS NOT FLAT BY THE WAY. EVERYONE WHO WATCHES YOUR VIDEOS IS LEFT A LITTLE DUMBER. GOOD JOB.”

Well, what do you think about this encounter, folks? Leave a comment below and tell us about it.