If you were asked to stand underneath a falling nuclear bomb, would you do it?

Many of us would naturally assume that no one would be brave – or stupid – enough to say yes but apparently, five men did agree to such a scary scenario. In fact, the entire group, except for one, volunteered to participate.

In 1957, five US Air Force officers volunteered to stand underneath an exploding nuclear bomb. 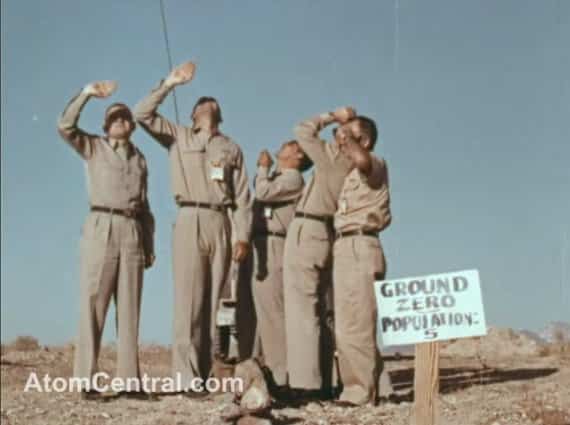 Five Air Force officers and a photographer stood in an area marked with a handwritten sign that said “Ground Zero Population: 5”.

Meanwhile, two F-89 jets can be seen on the skies and the countdown began. Eventually, one of the planes fired a nuclear missile carrying an atomic warhead as the men remained standing. The 2-kiloton nuclear missile exploded when it was about 18,500 feet above them.

The explosion happened when the missile was about 18,500 feet above them. 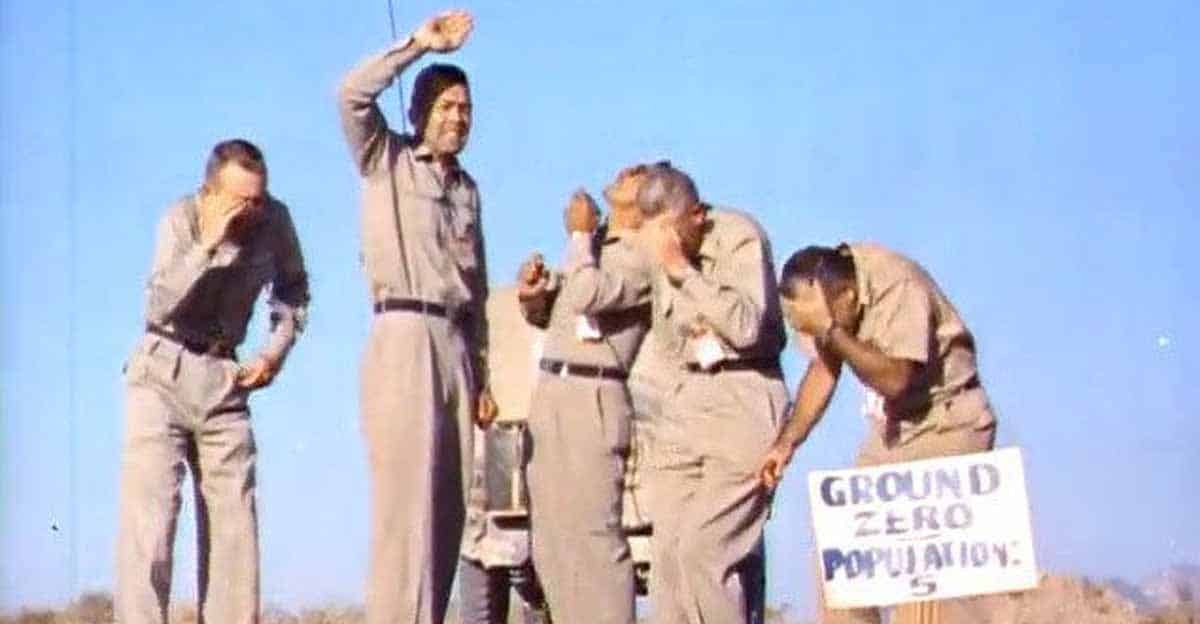 In the video footage we’ve shared below, you will see how it all happened. Right after the explosion, the narrator can be heard in the background exclaiming:

“It happened! The mounds are vibrating. It is tremendous! Directly above our heads! Aaah!”

Why do this strange stunt in the first place, you ask? Well, this was at a time when the public was worried about nuclear fallout.

The United States Air Force did this to address the concerns and prove the safety of a nuclear weapon in the atmosphere. The five men who volunteered to stand on the spot were two colonels (Col. Sidney C. Bruce and Lt. Col. Frank P. Ball), two majors (Major John Hughes and Major Norman Bodinger), and an officer (Don Lutrel). Meanwhile, the cameraman (George Yoshitake) did not volunteer for this.

Despite the efforts to prove the safety of nuclear bombs, reports claim that about $813 million were allegedly spent by the government for the 16,000 “down winders” who experienced illnesses connected to the bomb testing program.