Traditions are based from events, which have a strong impact on the lives of the community. Some may be bizarre but most often than not, traditions are not broken simply because it is how people are used to commemorate the events associated with their traditions.

For example, in some parts of Canada, they have what they call “Pie Day,” to celebrate the feast of St. Thomas. They bake pies and freeze it until they thaw it on the day of the Epiphany. But we found a really one-of-a-kind practice of hanging bras in Central Otago, New Zealand that has gathered a mix of raves and rants from people all over the world. The story behind it is quite interesting.

In 1999, four women were believed to return from a party drunk and in high spirits. 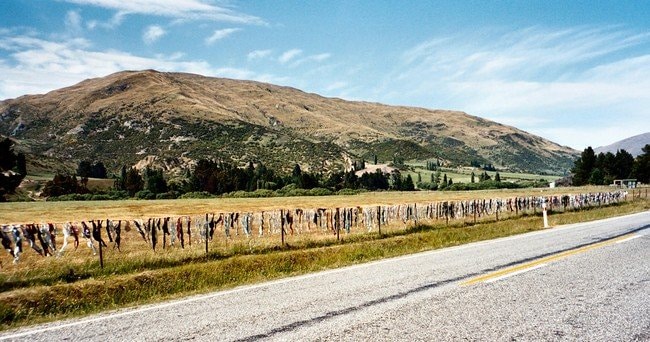 We do not know what was going through their mind, but they hang their bras to the famous fence to serve as a “gift” for the drivers on the side of the road. This happened one night between Christmas and New Year.

Since then, women from that area started hanging their bras to the fence as well. 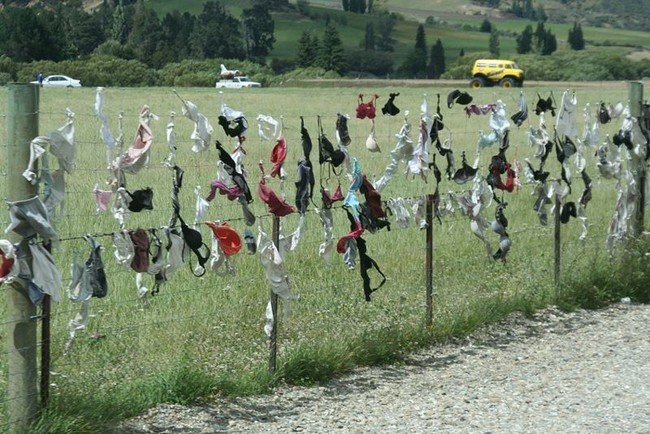 It did not take too long for the fence to be adorned by bras of different colors and sizes! 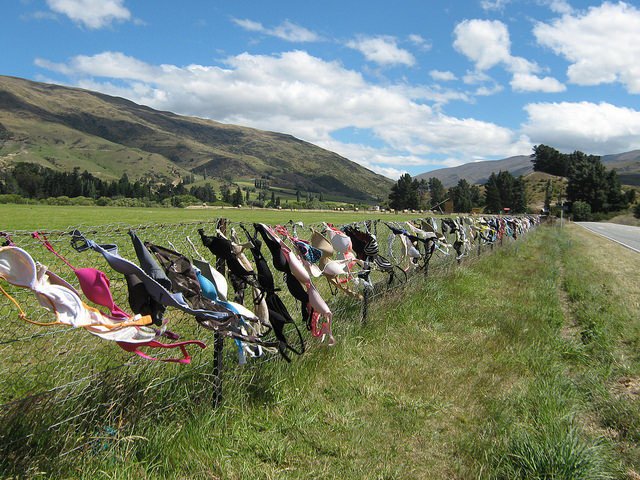 At present the bras did not came from townspeople alone, many women from all parts of the world also started hanging their bras! 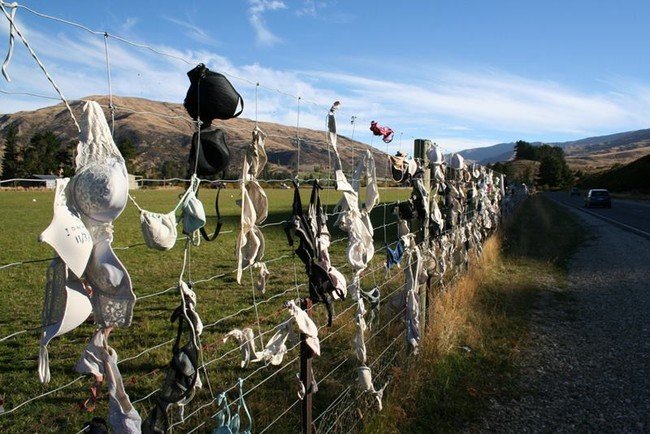 We are not sure why this sign was put up. What else do you think are being placed in there? 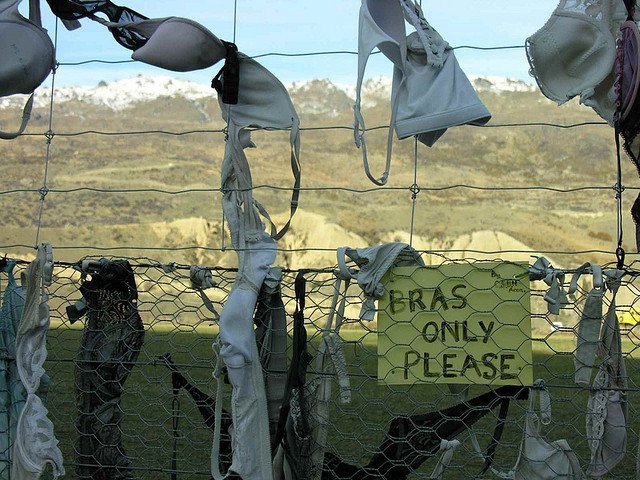 The area has been dubbed as the “Cardrona Bra Fence” What a unique tourist attraction!

Not all people were thrilled with this practice. Some local authorities have banned the tradition, saying it is inappropriate. Many times, the bras are removed by different people but the patrons would continue to replace them. As the fence has gathered lots of tourist attraction, the people used it to raise funds for charity.

In 2006, they attempted to nominate the fence as the world’s longest chain of bras. Although it didn’t get the record, they were able to raise $10,000 for charity. The fence is now named as “Bradrona” and a collection box can be found near it, where people can drop donations for the New Zealand Breast Cancer Foundation.