A farmer entered a pumpkin weighing contest with his humongous white pumpkin and took home the championship ribbon when his entry topped in at 1,969 pounds!

Safeway World Championship Pumpkin Weigh-off in California is an annual event that attracts countless numbers of pumpkin farmers who have prepared all year for the prestigious contest. And for Halloween, of course. 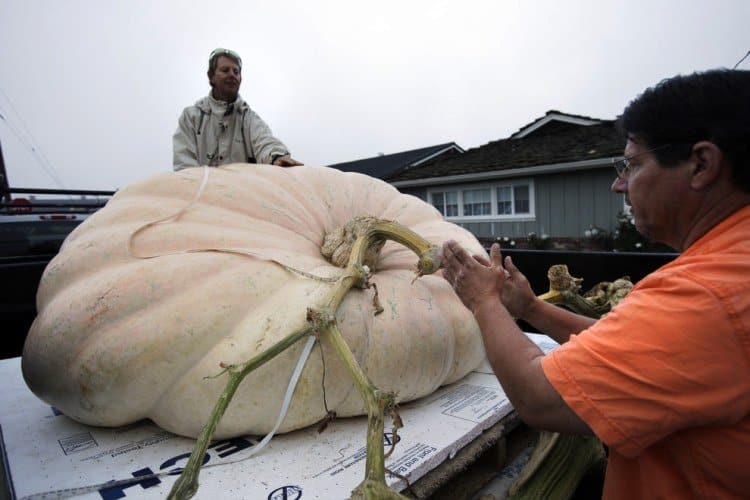 The contest takes place during the week of the Half Moon Bay Art and Pumpkin Festival to celebrate Columbus Day, with the Safeway contest occurring the Monday before, just right smack in the middle of pumpkin harvest season.

During the day of the weigh-in, the whole place was filled with giant squash plants ranging from pale yellow all the way to bright orange, their owners hovering protectively nearby, and audiences seated on their cars, hay bales, or just standing around in the hot sun waiting for the judging to begin. 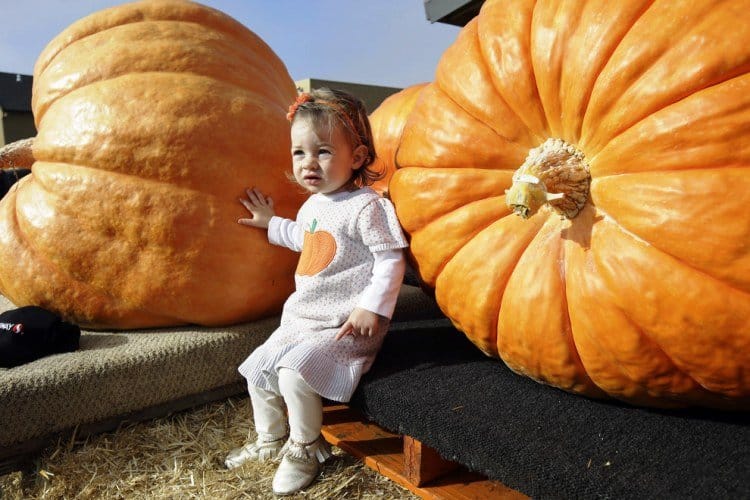 Steve Daletas, a pumpkin grower who traveled all the way from his farm in Oregon, won the giant pumpkin contest with a near-ton heavy white behemoth actually bigger than both he and his wife combined. 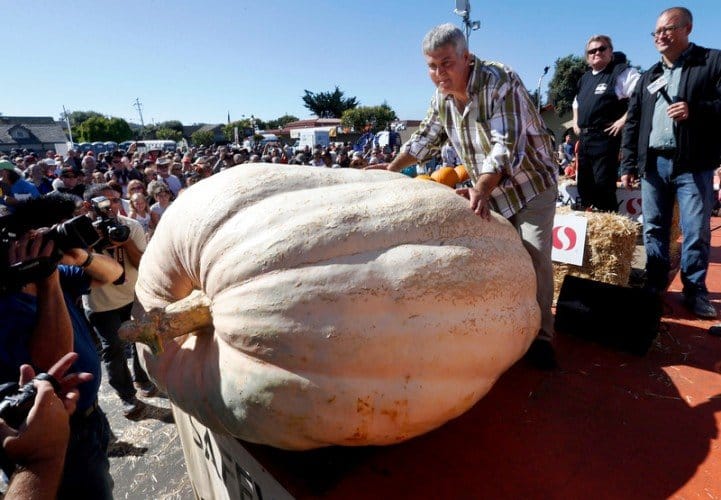 It was so huge it needed a forklift to carry, but Steve and his wife took home a prize money win of $11,814. 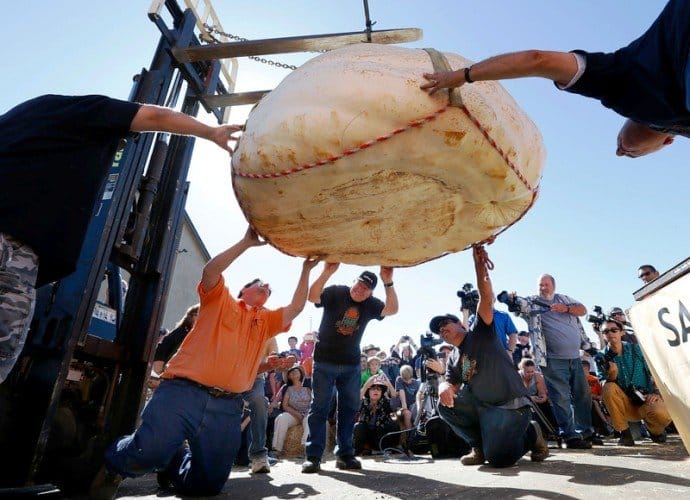 Steve, who has placed in the Safeway World Championship three times before, said winning the competition made it worth all the effort he, his wife, and his parents took tending to his pumpkin patch over the summer.

He further added the prize money made driving home all the way back to Oregon feel so easy. Of course, having been divested of his nearly 2,000-pound winning entry may have helped.

What a relief to get rid of these… 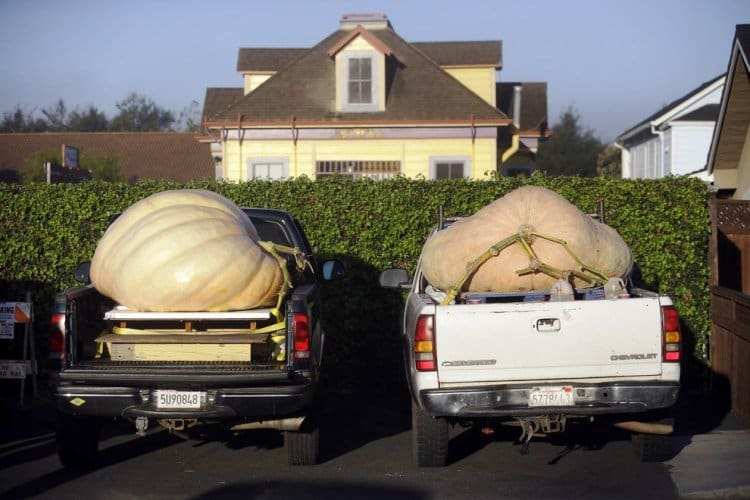 The top five winning pumpkins will be exhibited at the Half Moon Bay Art and Pumpkin Festival in the coming weekend, when pumpkin connoisseurs begin estimating the number of giant Jack-O-Lanterns, pumpkin chili, pumpkin bread rolls, pumpkin pie, pumpkin stew, pumpkin salad, pumpkin salsa, pumpkin waffles, pumpkin gnocchi, and all manner of other pumpkin dishes that can be made out of the gigantic prized vegetables.

Make mine a big, tall glass of cold pumpkin juice, please. A double, on the rocks. 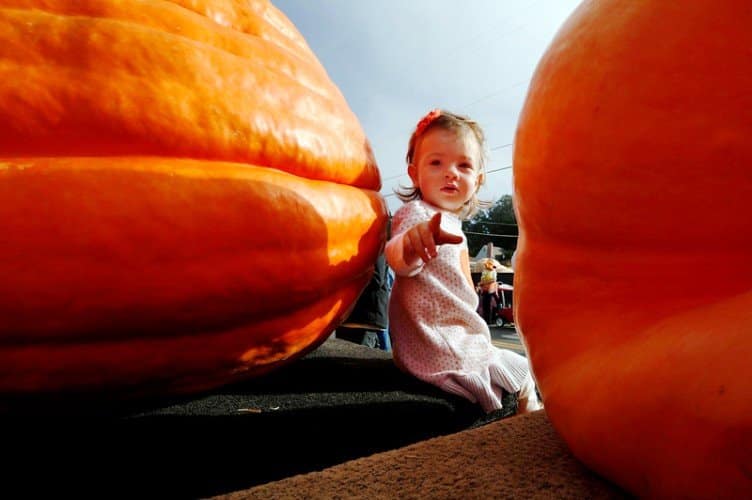