Dogs are man’s best friend in more ways than we can imagine. In fact, there are those who consider their tail-wagging pals more like a part of the family than a mere pet. Man and dog’s compatibility is immeasurable if only in terms of depth but unfortunately, dogs do not have the same life span as humans.

Charlie Bear is a black lab mix under the care of Kelly O’Connell. They met when he was only 12 weeks old and was brought to the animal shelter where Kelly was working while training to become a vet.

At the time, he was abandoned in a shopping cart at a nearby grocery store but was lucky enough to find Kelly. According to the pet owner, she wasn’t looking for a dog.

“I was 19, still living with my parents and going to college. It was the worst time in my life to even attempt to get a dog,” she told BuzzFeed, adding that the decision to keep him—though sudden—was something she never regretted. 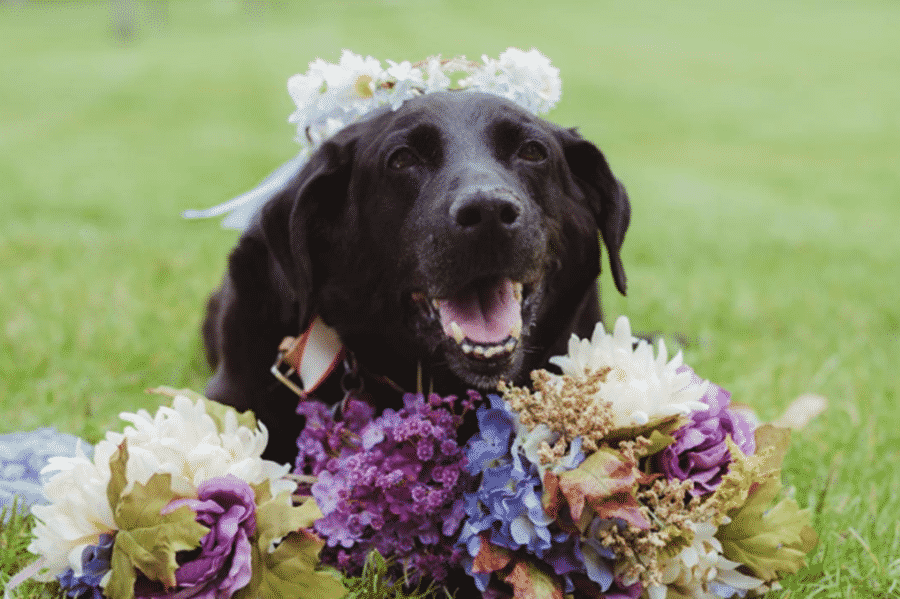 Now, Charlie Bear is 15 years old, which is equal to more than 100 dog years. He was diagnosed with a brain tumor after he suffered a seizure during a walk. He had one seizure after another and the vet’s prognosis of his condition was far from good.

Kelly says her wedding vows with Charlie Bear beside her. 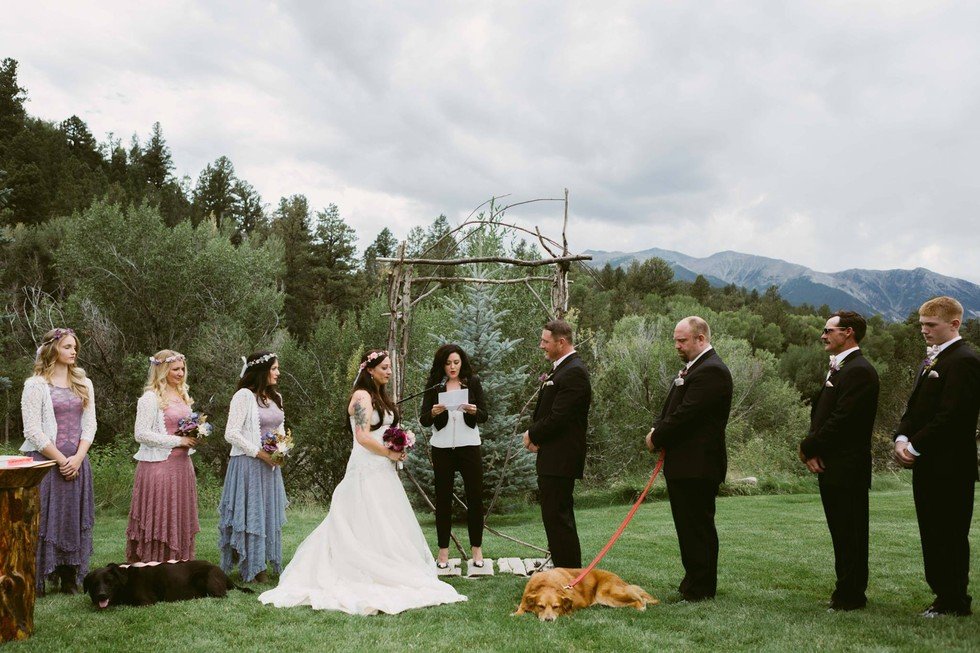 But while things looked bleak for Charlie Bear, he surprisingly lived long enough to witness Kelly’s wedding. Together with one of their other five dogs, Kelly and James O’Connell tied the knot in what would be the most unforgettable event of their lives.

While weddings are usually filled with tears, Kelly’s was particularly flooded especially during Charlie’s turn to walk the aisle. Kelly said she “immediately broke down” at the sight of Charlie walking towards her and was filled with happiness.

“James and I just grabbed onto him, and we just kept saying, ‘You made it, buddy, you made it.’”

After the wedding, Charlie was too tired to walk back so Katie Lloyd, the maid of honor and Kelly’s sister, carried him home. 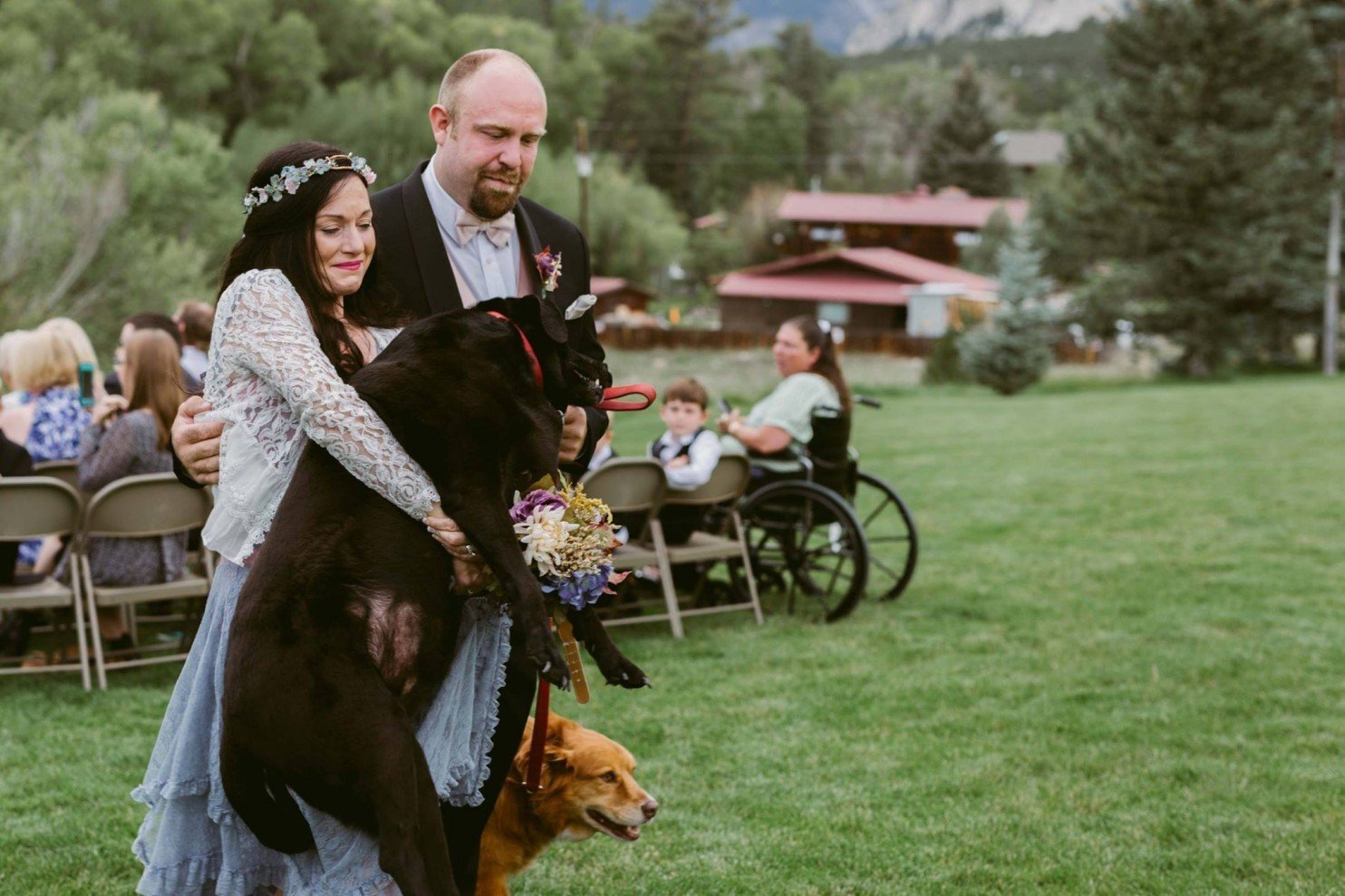 According to Kelly, this was the exact moment when she realized that she will soon be bidding farewell to her best bud in the world.

“It hit home for me when I saw my sister carrying him back down the aisle. That this was it, we’re now talking days,” she said. 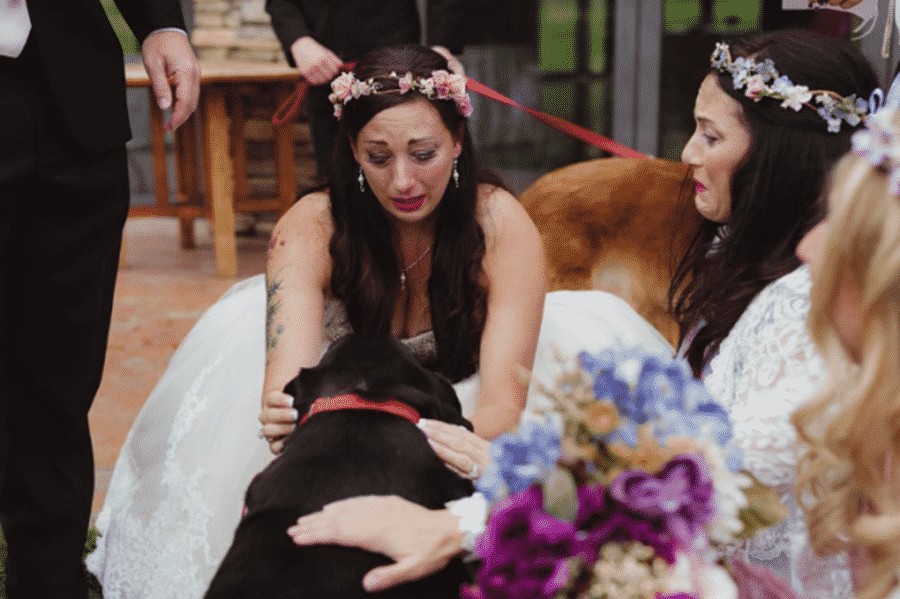 A week after the wedding, Charlie finally passed away peacefully in front of the fireplace of their home with his family.