You’ve probably heard a dozen of horror stories, but most of these are probably fiction. Or perhaps you’ve heard them from a relative or friend. These scary stories can give you serious goosebumps but despite that, curiosity still gets the best of you.

Now, if you’re really curious enough, you’d definitely want to check out this compilation here. This is 25 of the creepiest places in Earth that no man would want to visit. Well, time to take those fears away and give it a peek. Consider yourself warned, though. 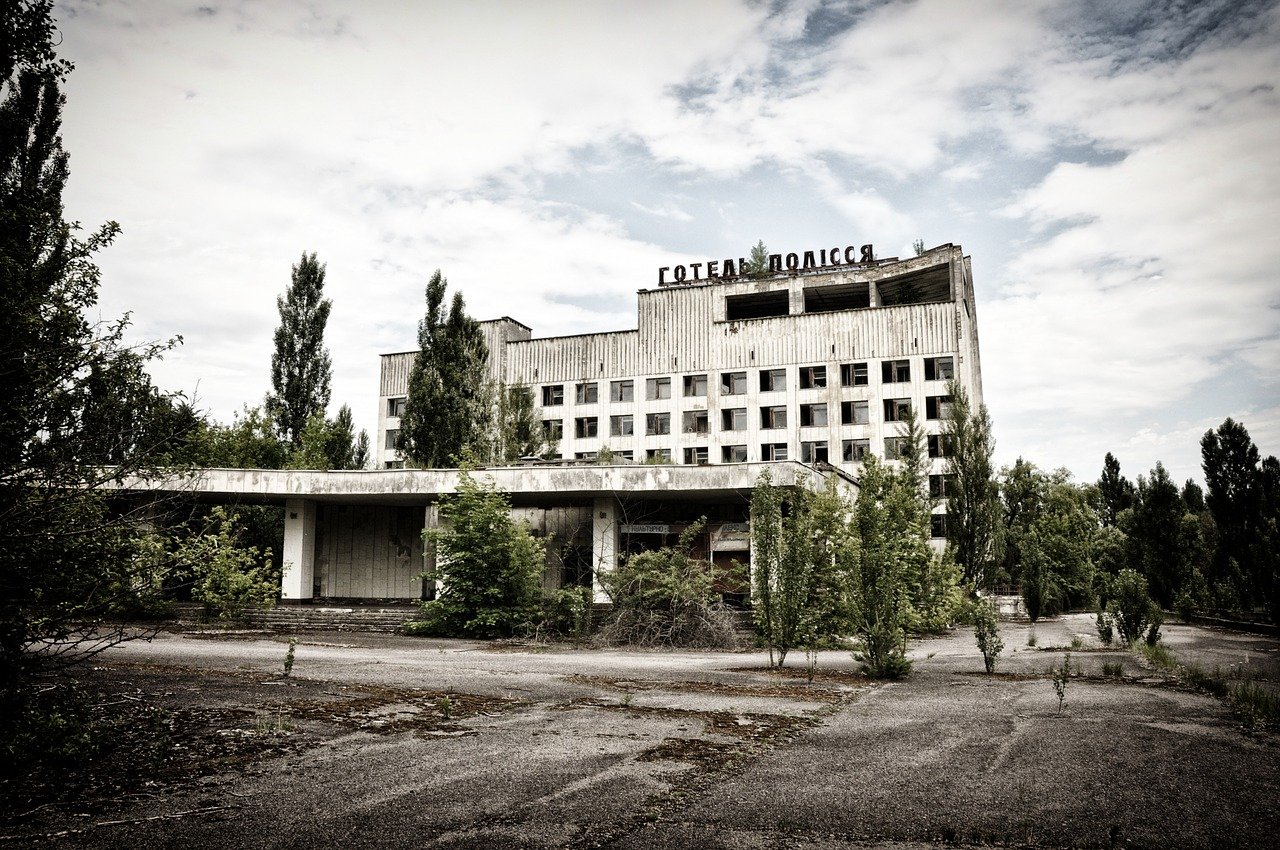 Pripyat is located in Ukraine and is deemed a ghost city by many. It was once a home to more than 50,000 people. The deserted city, however, was evacuated soon after the infamous 1981 Chernobyl nuclear disaster. The radiation level was just through the roof that staying was impossible. The place is packed with stories of ghosts and Chernobyl mutants. Some even said that a mysterious bird continues to fly around the abandoned city and is believed to be a harbinger death. 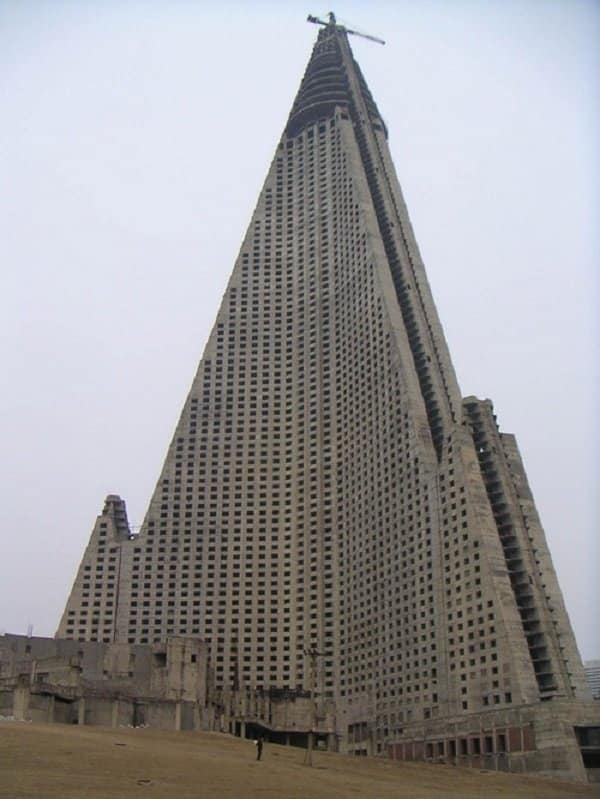 The Ryugyong Hotel – or commonly referred to as the Ryugyong Hotel of Doom – can be found in North Korea. This 105-storey building has been abandoned for nearly 16 years already. This happened following a famine that devastated the entire country. Although tons of renovation plans were made, they just didn’t materialize. Rumor has it that the building is home to thousands of lost souls. Many have always wondered why its interior never came to existence. Believe it or not, it has no windows and its 3000 rooms are all empty. 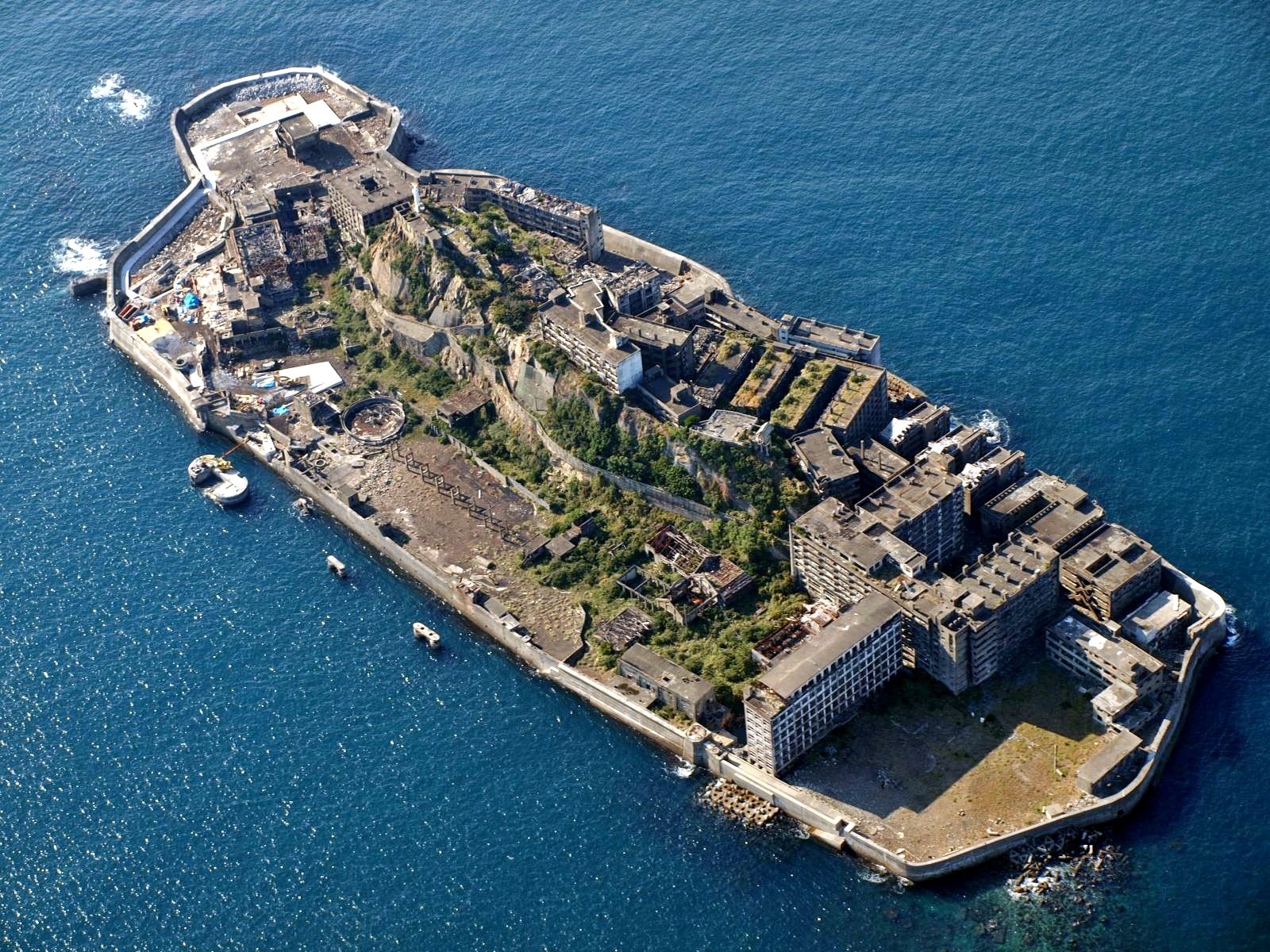 Located in Japan, the Hashima Island was known for its coal. It was even a safe haven for over 5,000 miners. According to history, the island was used as a site for forced labor. This happened during the Great War. The moment the coal got depleted, people started to evacuate. It was only a matter of time before the place finally got abandoned. Rumor has it that five miners died each month in the island, resulting to the island slowly becoming a crematorium for the dead. 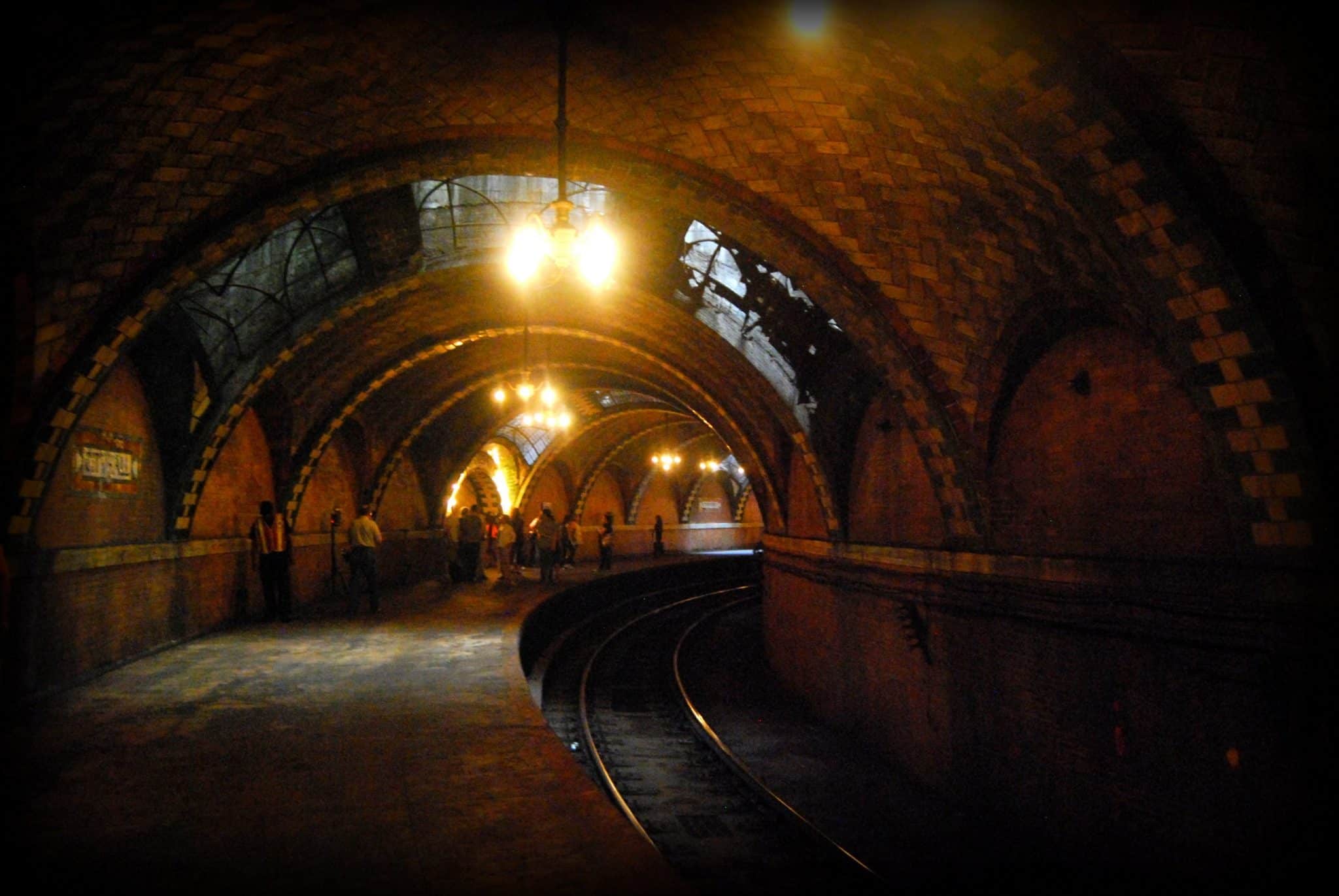 New York’s City Hall Station might be a beauty in one way or another. Besides, it was once the city’s most elegant station in 1904. However, in 1945, the government decided to shut it down. The station wasn’t just able to accommodate bigger trains due to its structure. Many claimed to have seen ghosts in the station, though authorities would try to debunk such claims from time to time. Until now, no one dares to stay in the railway station for too long. 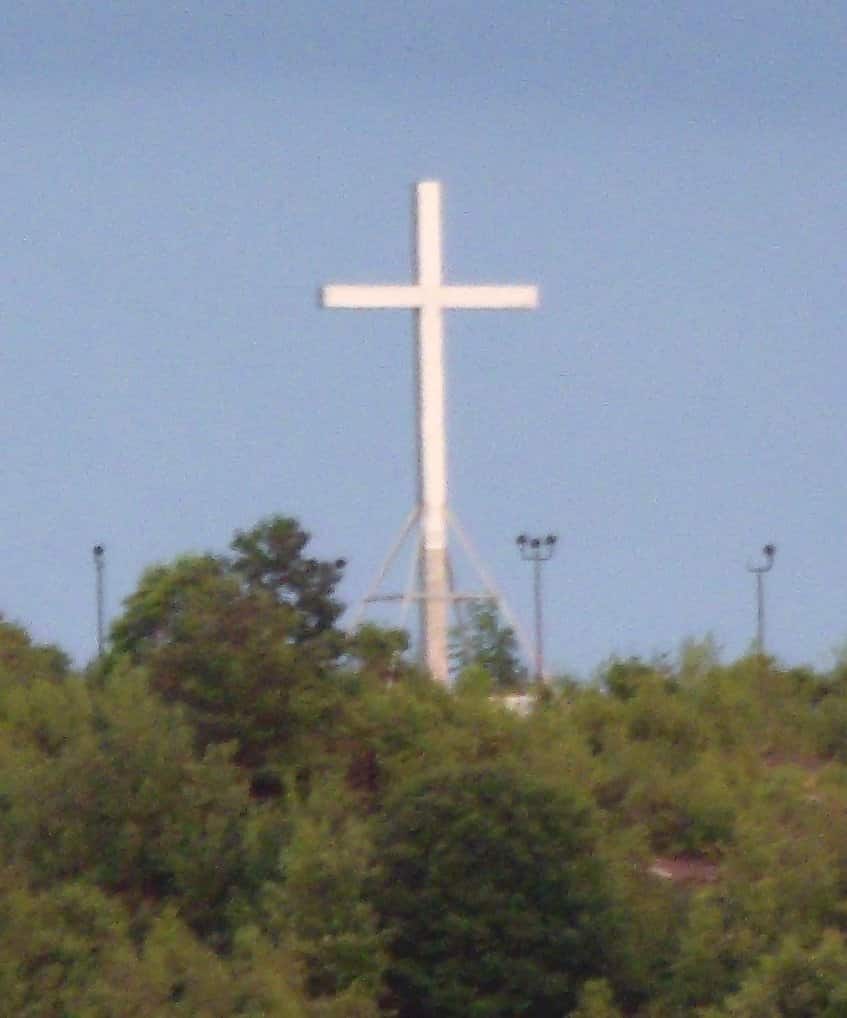 The Holy Land was developed as a theme park based on the Bible. Its heyday was between 1960s and 1970s when it acquired more or less 40,000 visitors annually. But 1984 came, the park was closed. There were plans to renovate or expand, but none of them became a reality. Interestingly, most of the statues in the park have lost their heads. In fact, it became infamous in 2010 when a teenage girl’s body was discovered. The girl was said to have been murdered brutally. 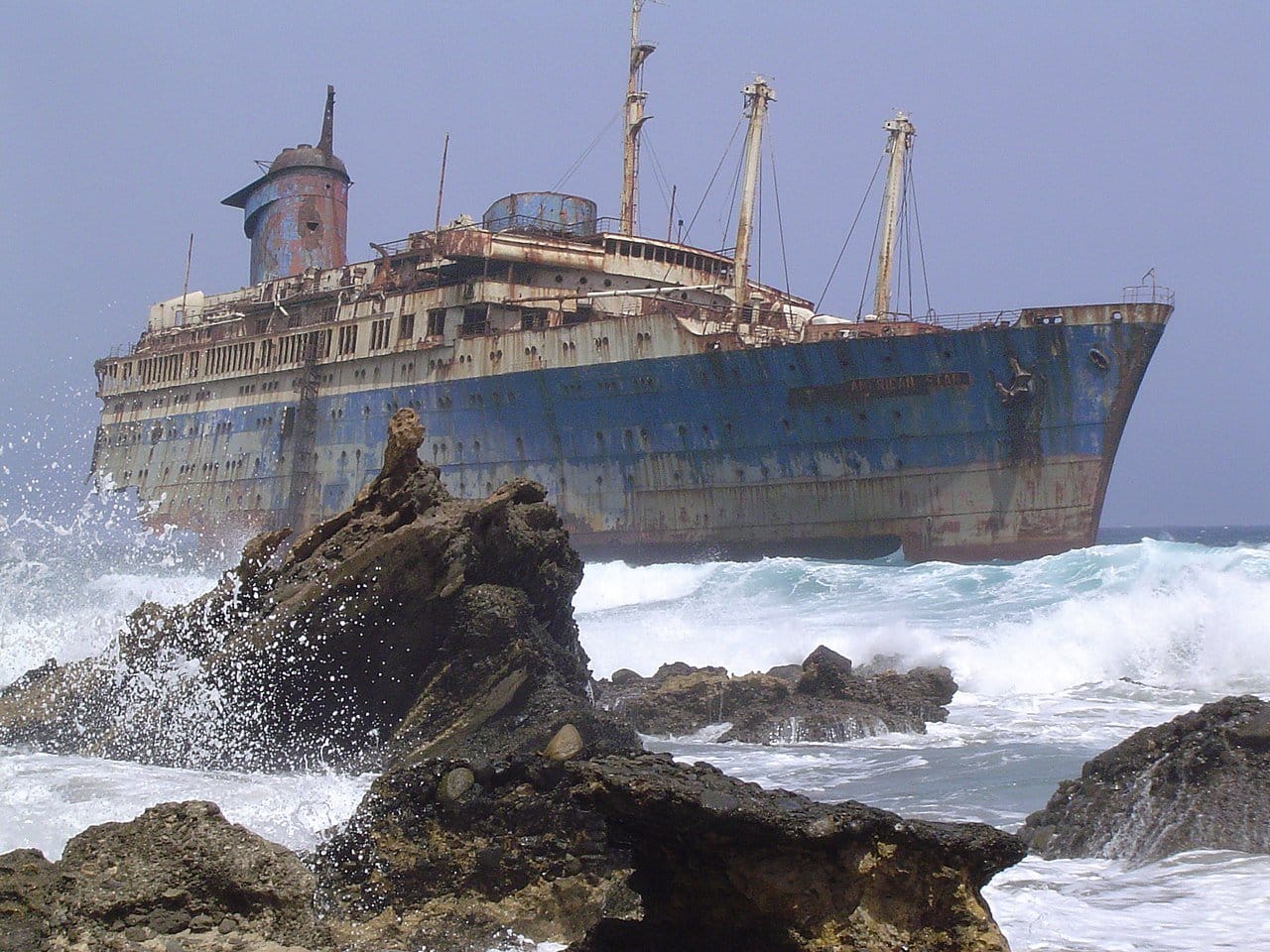 SS America came to light in 1993 and was intended to be sold as a luxury hotel ship in Thailand. But after it left Greece, it was struck down by a thunderstorm. Ever since its wreckage, its permanent stay was in Fuerteventura. Interestingly, the ship can only be seen during a low tide. The wreck became a famous site for diving enthusiasts, but most of them perished. Some claimed to have seen a vortex, which is believed to be the spirit of a dead diver who’s looking for help. 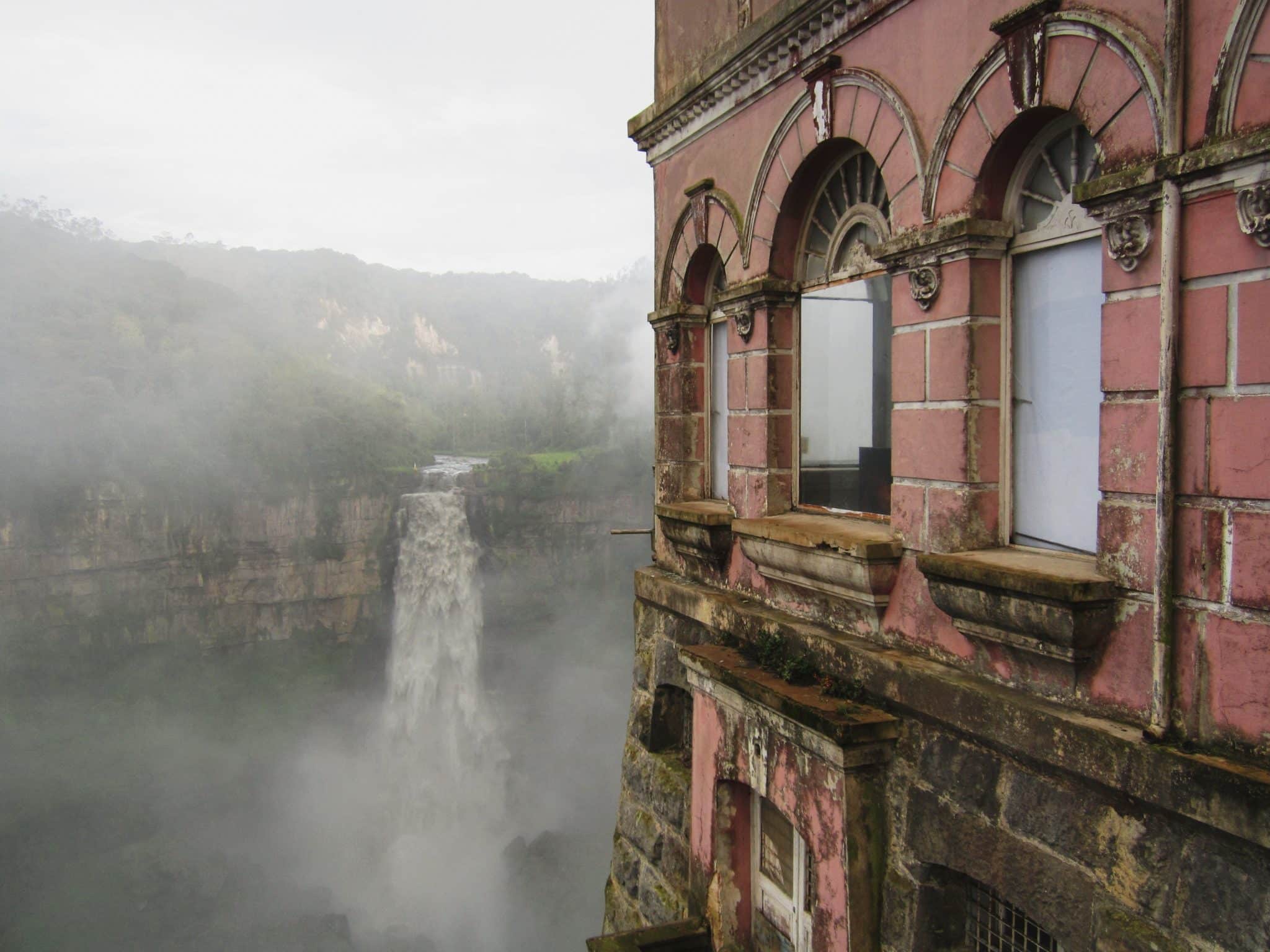 El Hotel del Salto is situated in Colombia, a country known for its deep narcotic history. The hotel building nestled just on the edge of a cliff opposite to the beautiful waterfall. It was once a popular destination, with tourist from around the world giving it a visit. Its popularity diminished soon after the local river got contaminated due to an industrial waste. Eventually, it came to a close in 1990. The hotel became a site for suicide victims. According to legends, the indigenous Muisca Indians attempted a mass suicide by jumping from the Tequendama Falls just to avoid captivity from the Spanish conquerors. This is said to have attracted depressed and/or broken-hearted people who would leap to their death from the hotel’s cliff. 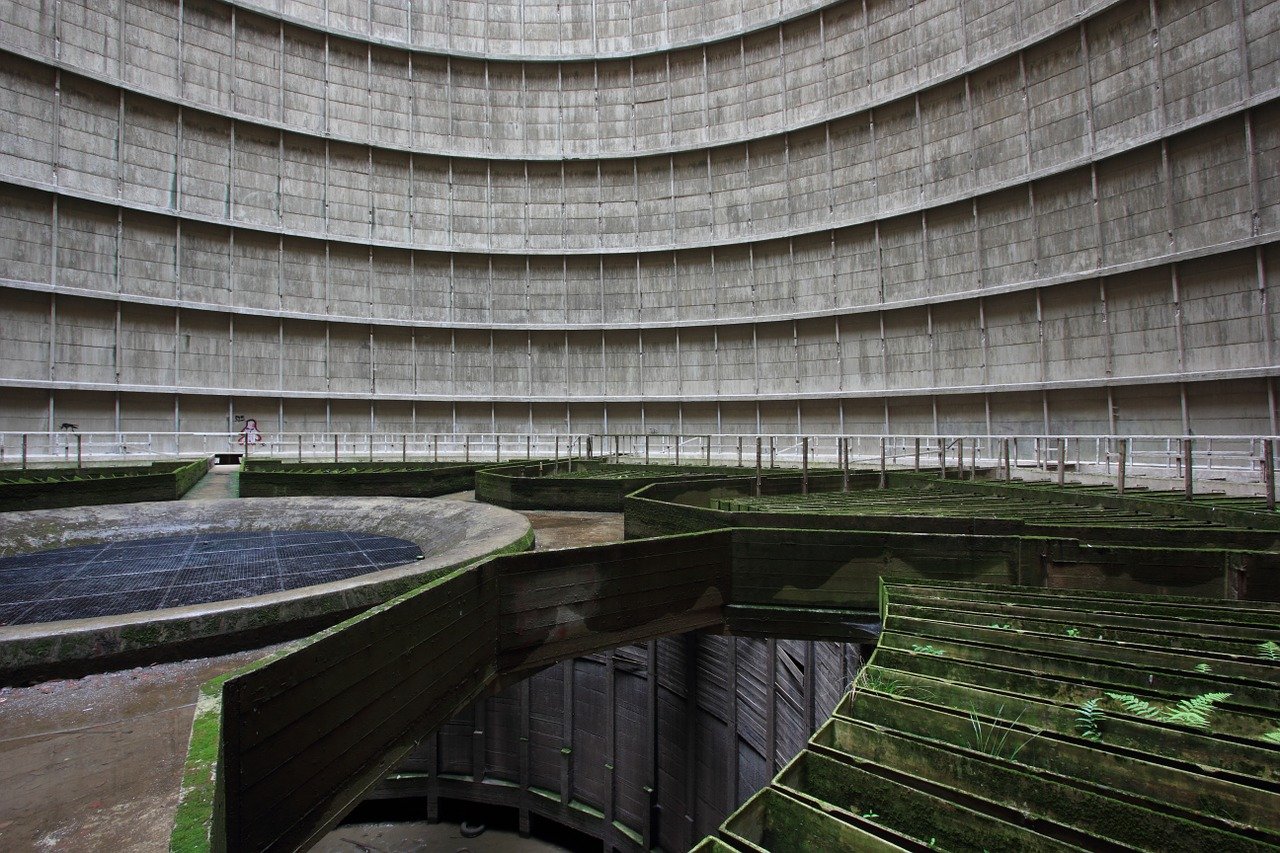 I.M. Cooling Tower of Belgium was built sometime in 1921. It had a processing power of 480,000 gallons of water per minute. It was deemed the biggest and most powerful during its heyday. Its closure came when people complaint about its carbon dioxide emissions. The I.M. Cooling Tower is designed in a way that its structure looks eerie. 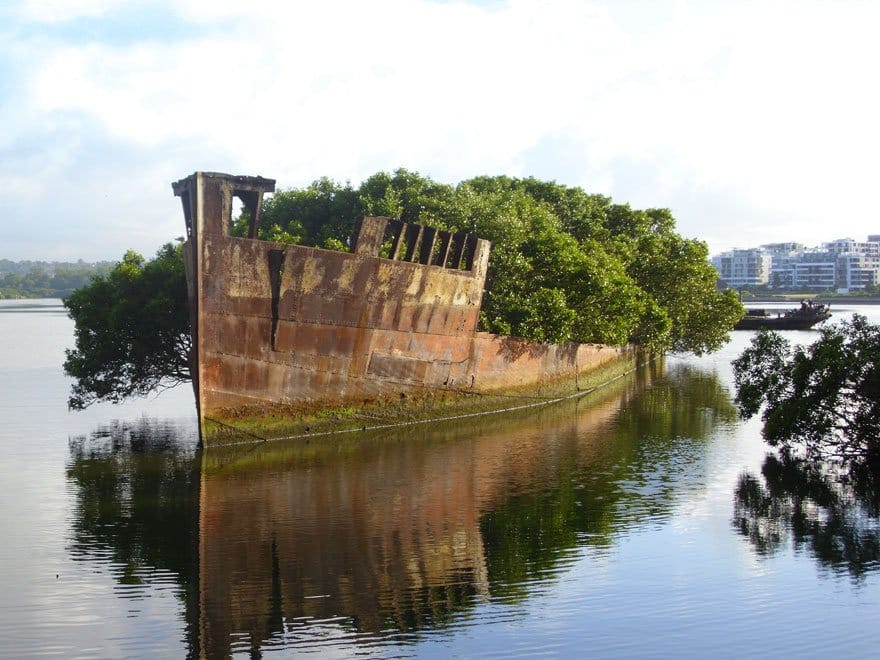 Amazingly, the Floating Forest has been in existence for 102 years already. It can be found in Sydney, Australia. It was basically a ship that got wrecked, but it eventually became a natural beauty. All manners of flora just sprung into existence. But don’t you know that these trees and plants grew directly from the corpses in the abandoned ship? This is believed to be the reason why the lush of flora sprung beautifully.

#16. House of the Bulgarian Communist Party 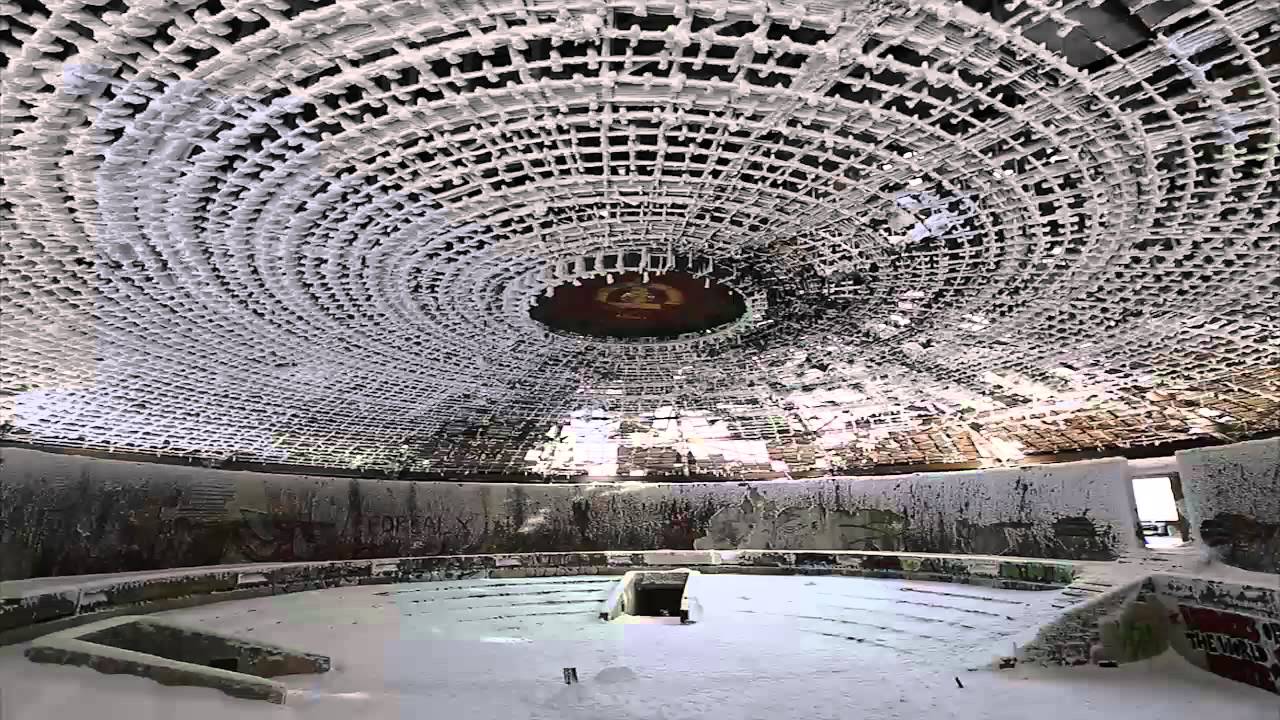 Located in Mount Buzludzha, Bulgaria, the House of the Bulgarian Communist Party is a bizarre building that looks like a spaceship. It became a center of politics during the infamous Soviet era. Abandoned sometime in 1990, the building is simply a memory of the political horror of the past. And as time passed by, it became a house of ghosts. 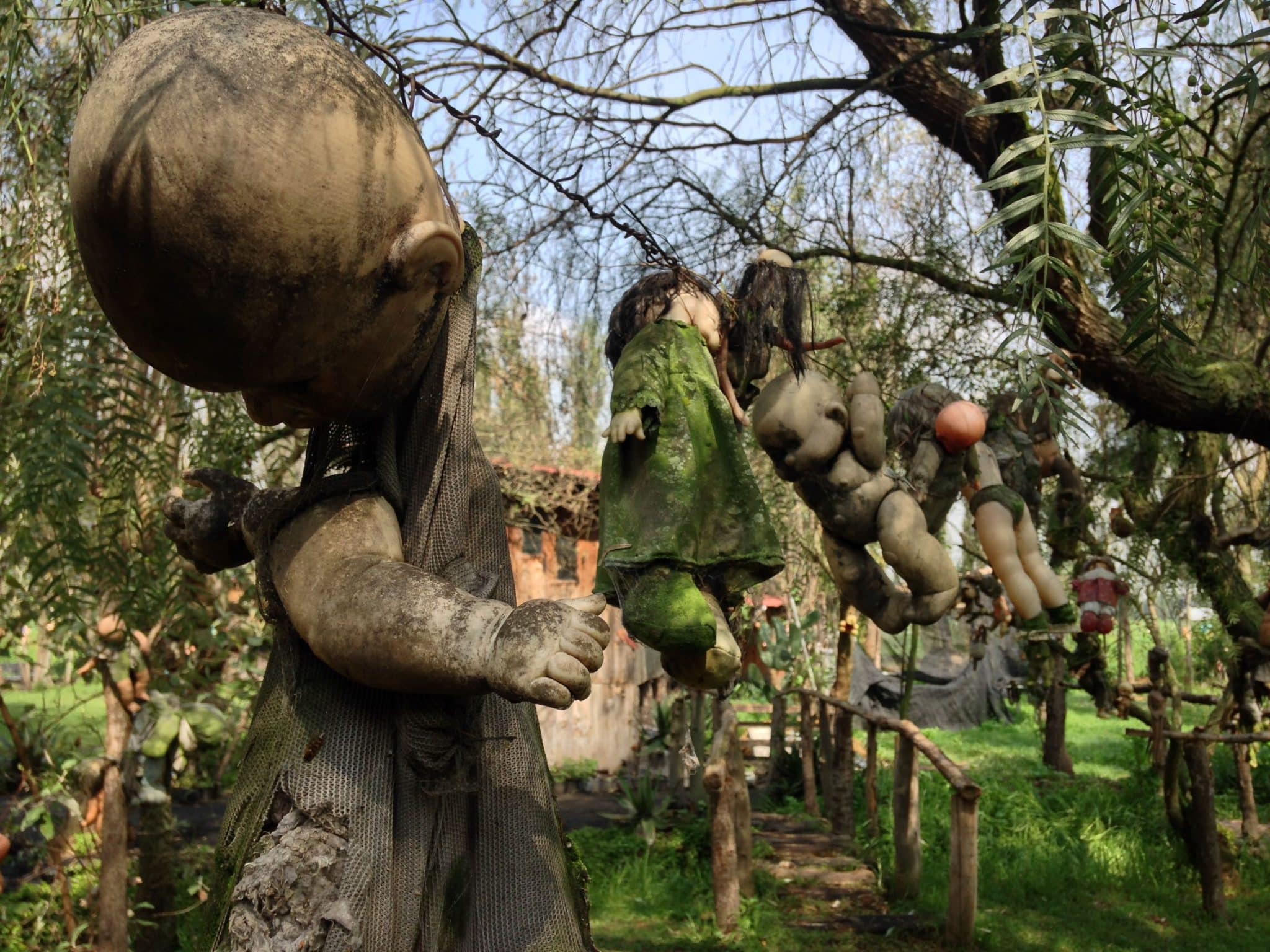 In English translation, Isla de las Muñecas means Island of the Dolls. And there are certainly lots of dolls there, but most of them are hanging on trees. Weird, right? Legend says that a caretaker found a body of a dead girl in the island. It was after the discovery that she started hanging dolls as a way to appease the deceased girl’s restless spirit.

#14. The Last House on Holland Island 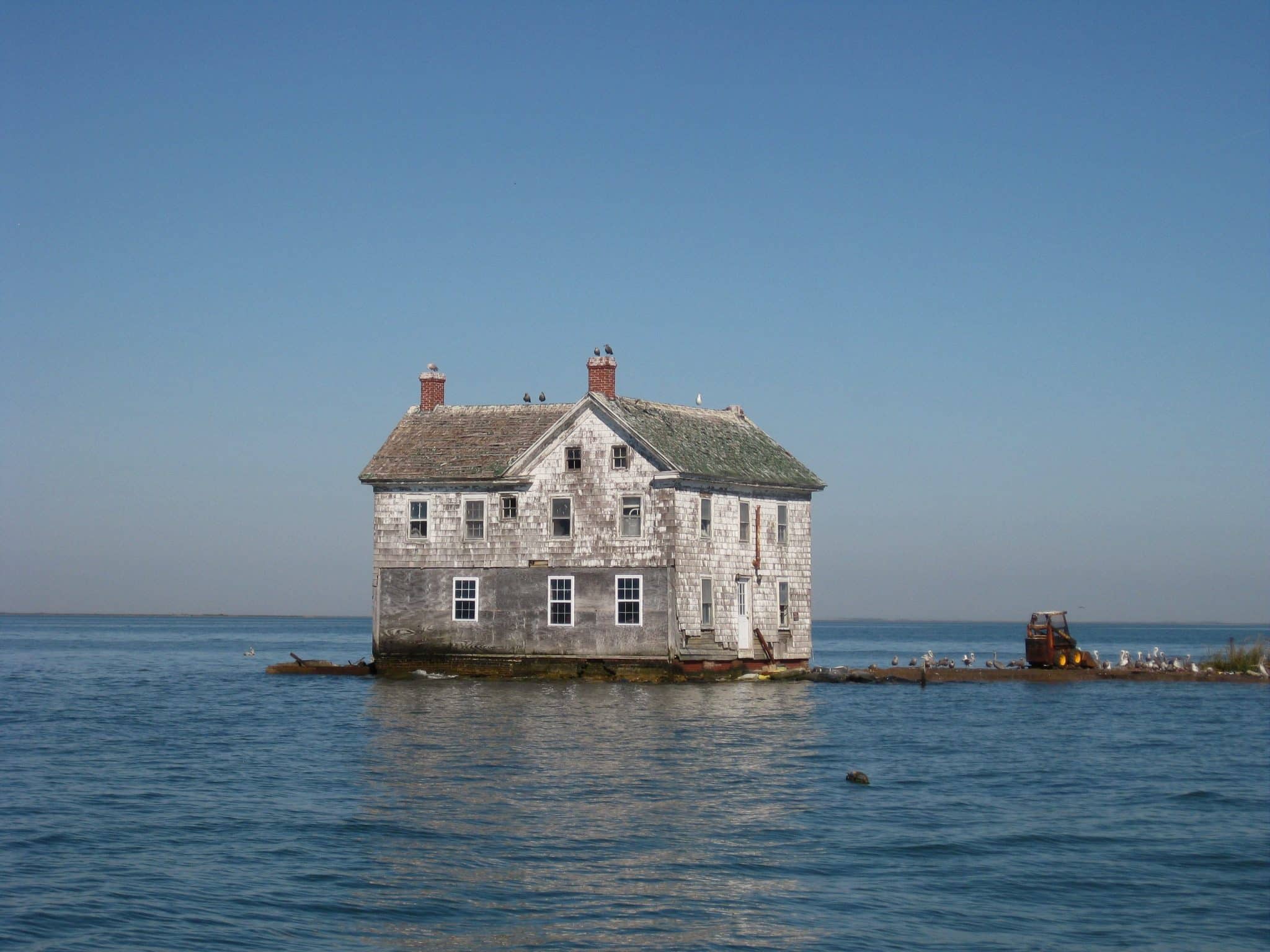 Well, this is literally the last house on the said island. And if you pay it a visit, you’ll see it as the only standing house in the Holland Island, Maryland. Beautiful and quite creepy at the same time. Residents near the island said that they could sometimes hear voices from the house at night. They believe that it could be the voices of the people who once lived in the area. Remember that the island itself was once a home to nearly 70 structures including homes, post office, schools, and community center, among others. 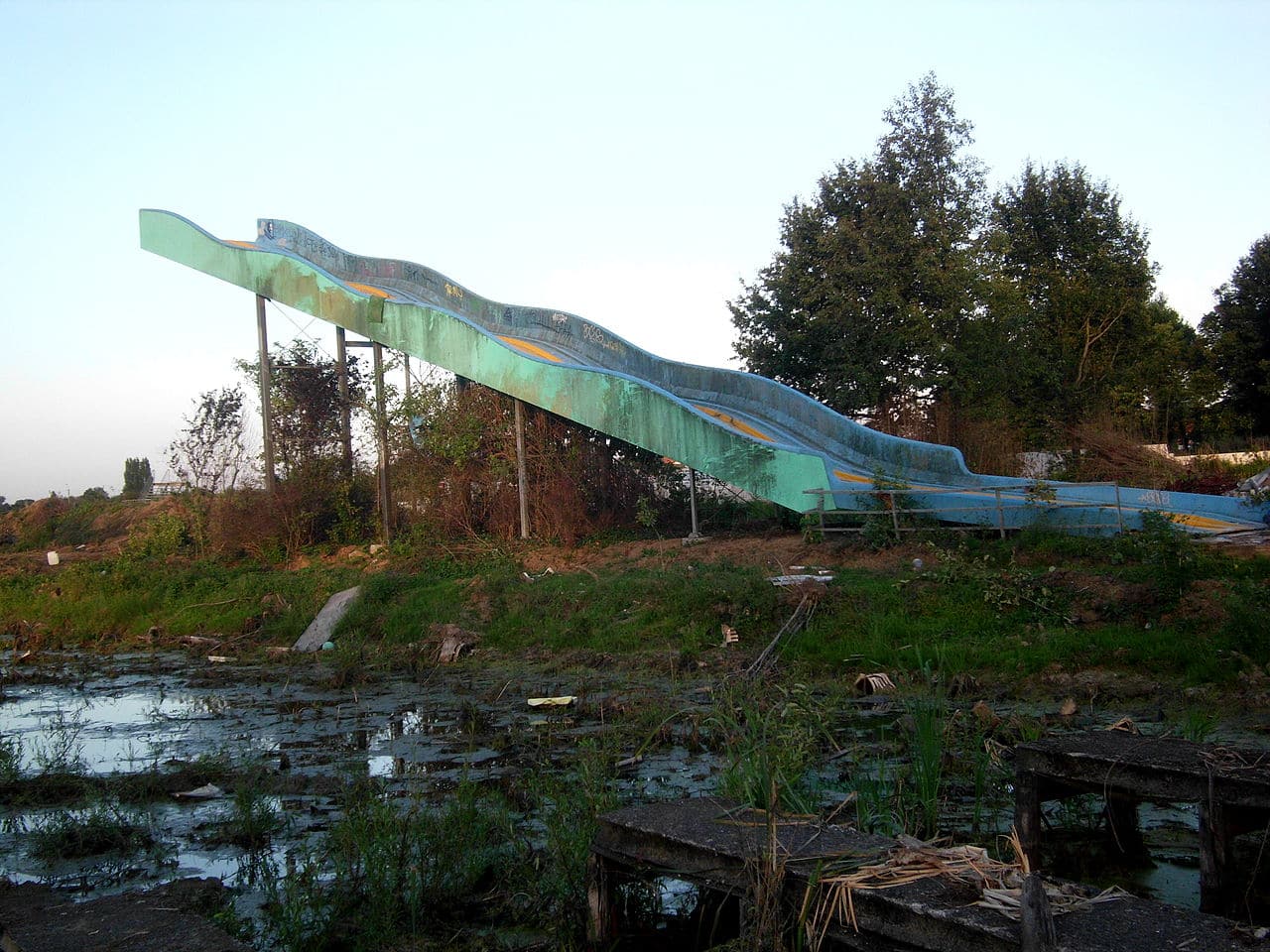 Dadipark was a budget theme park built for the recreation of young children. But after a boy lost his arm while playing in the park, the management was forced to close it. This isn’t even the first case of accident actually, as the numbers grew over time. The park is believed to be haunted by the ghost of Princess Angeline. She was known to be an advocate for the poor way before the place became Dadipark.