It’s finally that time of the year when you can dress as anything you want. Although most of us might go for a store-bought costume this Halloween, some folks simply wouldn’t settle for mediocrity. Check out these creative Halloween costumes that will blow your mind.

Some relied on amazing makeup work and impressive sewing skills. However, others made use of everyday items and just took it to another level. Either way, these awesome costumes will inspire and impress you this season.

Linguini And His “Little Chef” 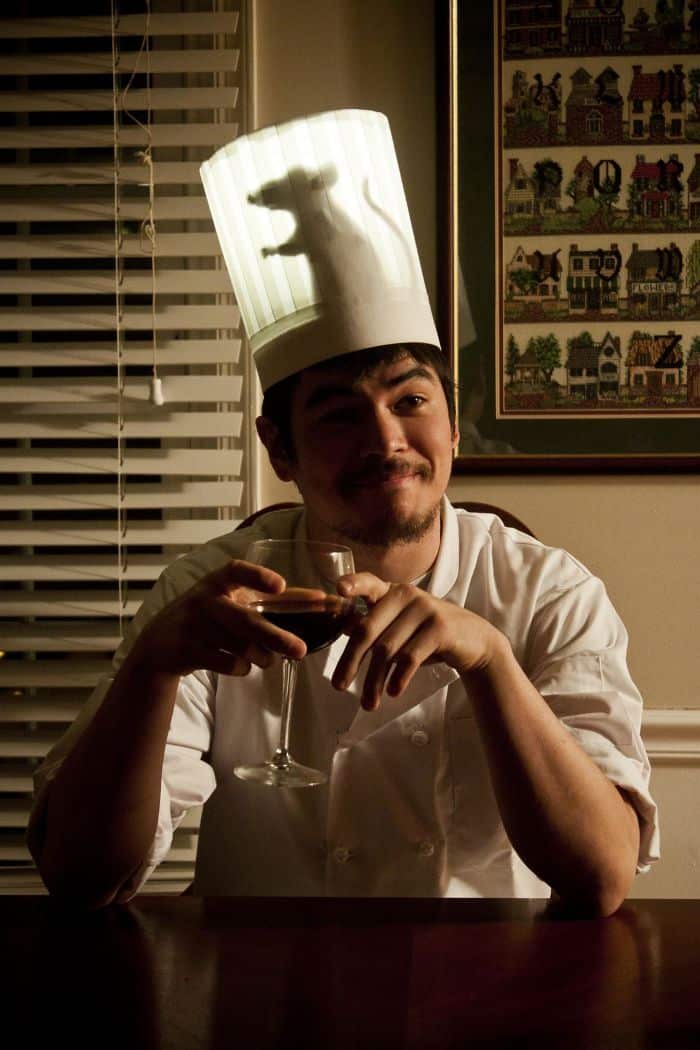 It’s amazing what one can do with a chef’s toque and the right lighting. This creative dude paid tribute to the real talent in the Pixar film Ratatouille. Let’s just hope he doesn’t run into Chef Skinner. 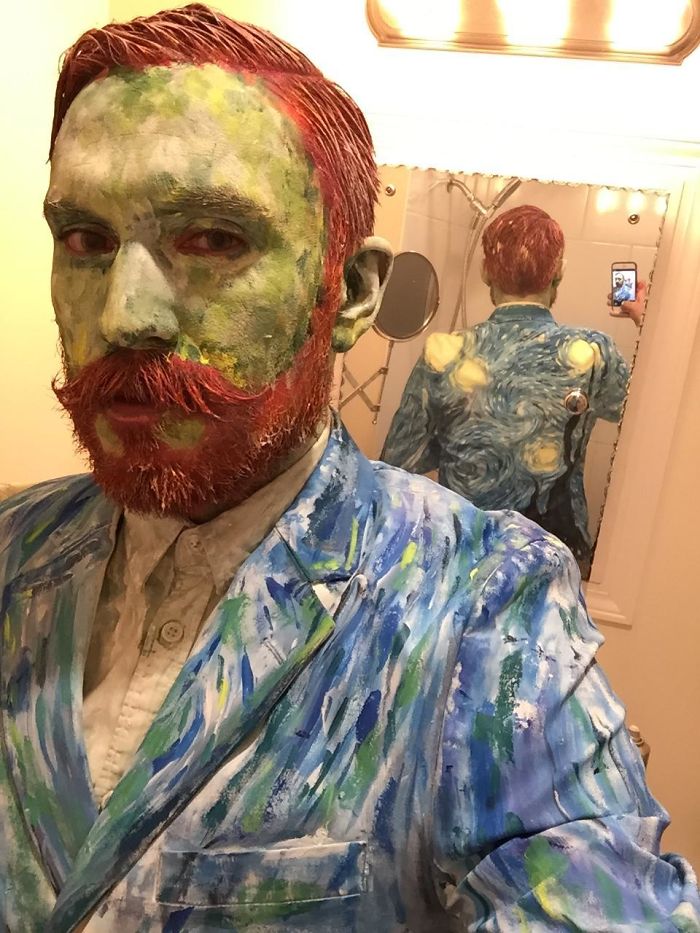 You can’t deny van Gogh’s genius, but this guy is clearly just a little bit smarter. The costume makes use of the artist’s distinct style in his famed Self-Portrait and The Starry Night. 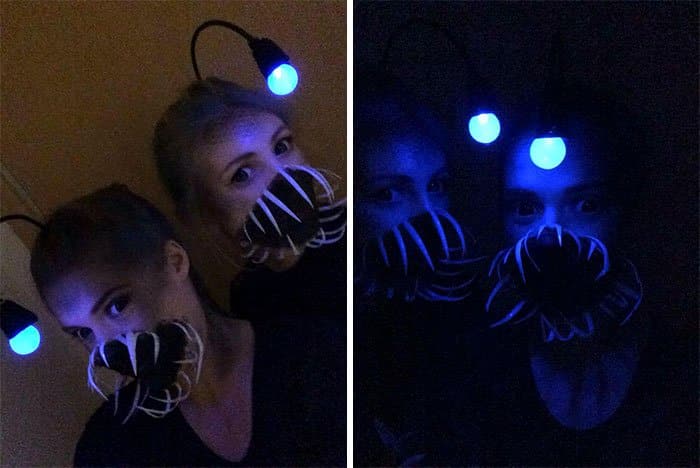 You don’t want to meet these girls in the depths of the ocean. Or maybe even a dark alley. It’s incredible, but also downright terrifying. 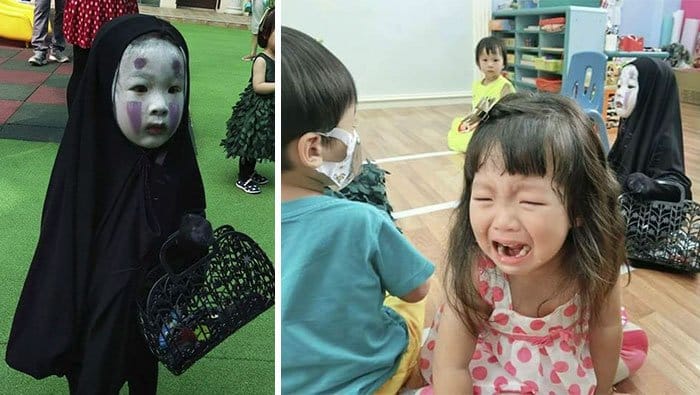 We have to praise this cool kid for pulling off this Spirited Away look with a matching purse. Bonus points for scaring the classmates into tears.

The Look On The Cat’s Face Says It All 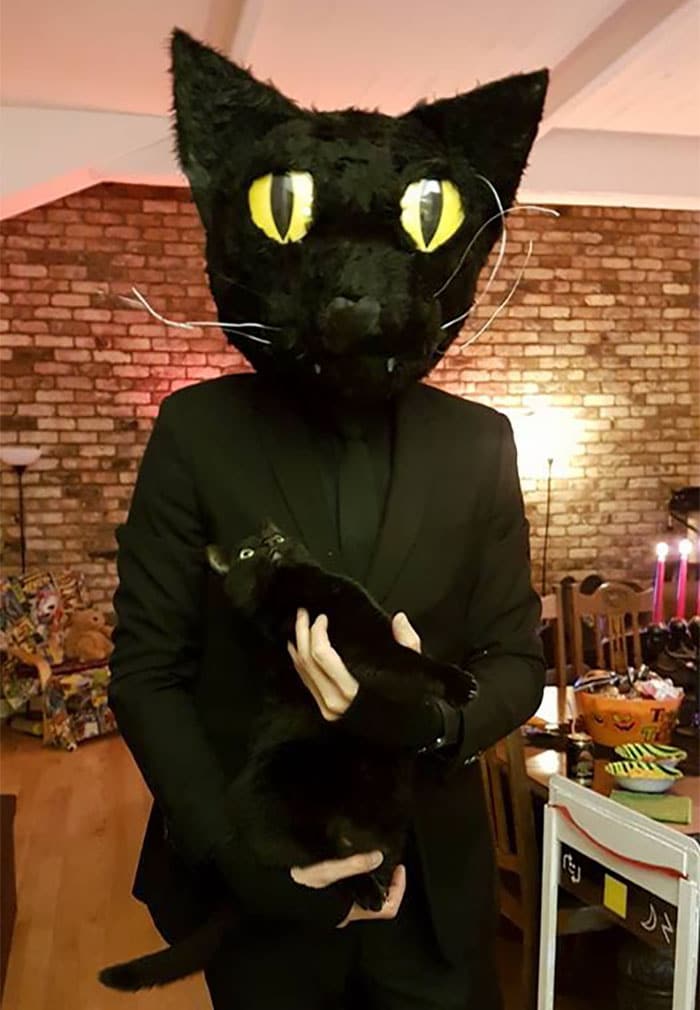 This guy decided to dress as his cat for Halloween. We’re not sure how the cat feels about it but we’re impressed. 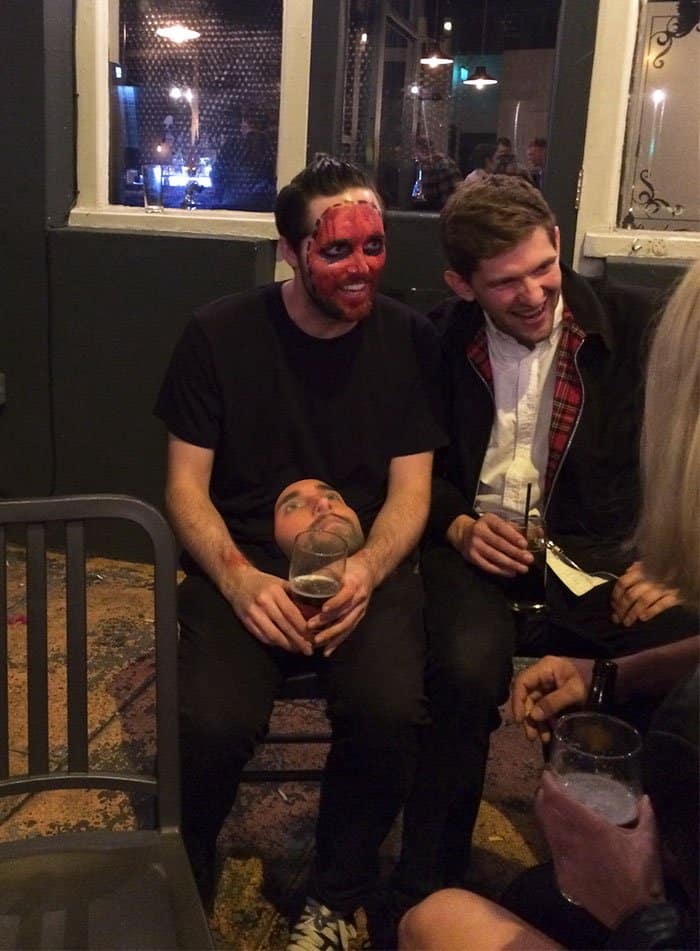 Someone found the best use for a 3D printer. Let’s just hope he doesn’t leave his face lying around somewhere.

Where’s Trump Going With That Box? 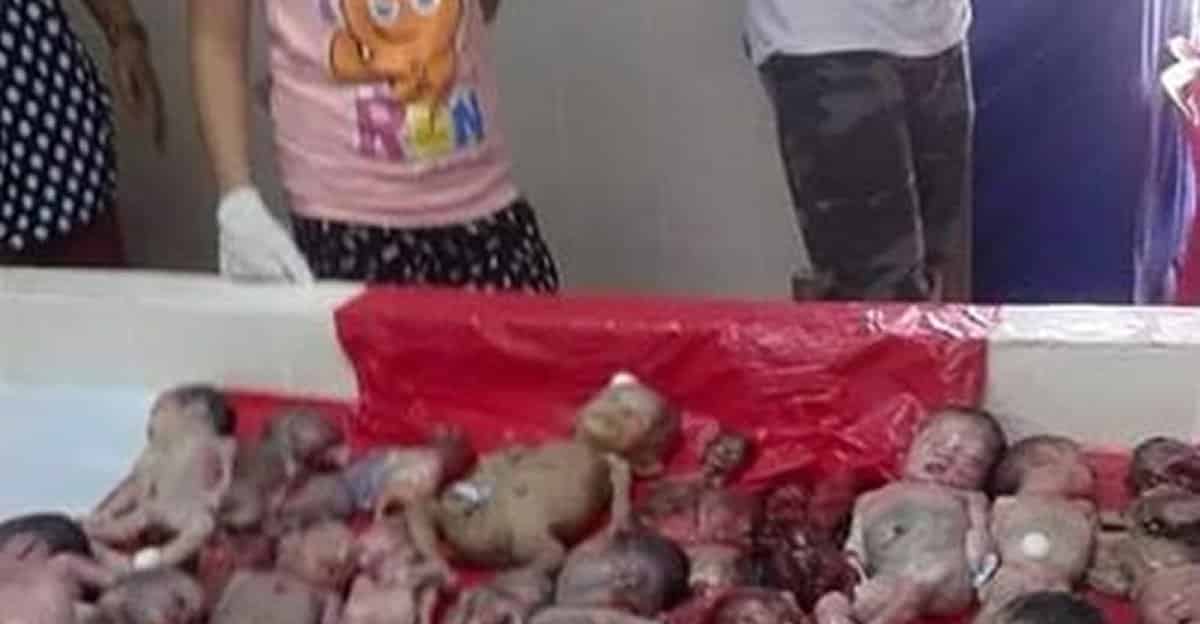 It’s a bit old but still pretty impressive. This girl decided to go as an individual being deported by Donald Trump for Halloween.

If You Didn’t Think That Was The Real Steve Jobs, You’re Lying

This creative dude even joked that he would drop by the Apple Store in his costume. We wonder how the employees would react. 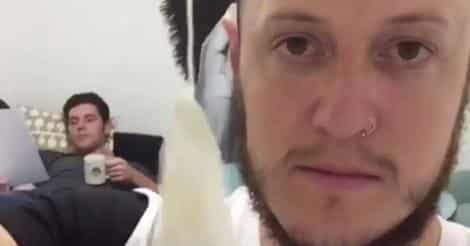 Now, this is how you do a group Halloween costume. We’re not surprised that these men took home the office costume award.

A Walking Refrigerator With A Little Surprise Inside 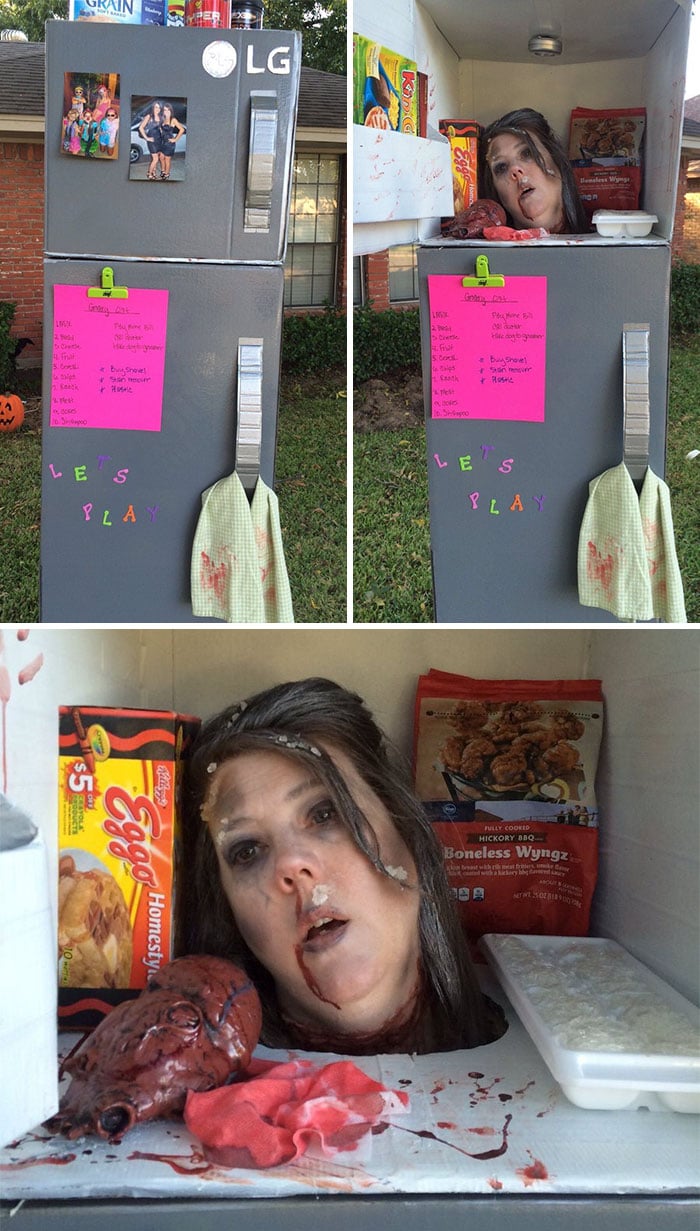 This Halloween costume gets better when you open the freezer. Also, we don’t recommend opening the freezer if you plan on getting any sleep tonight. 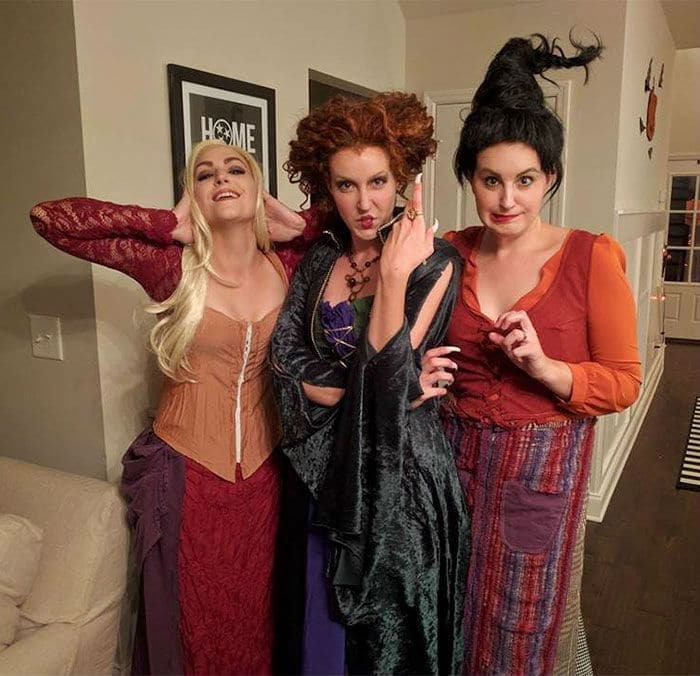 These awesome sisters decided to go as the cool witches from Hocus Pocus. Needless to say, the Sanderson Sisters should be proud as these ladies run amok amok amok amok!

This Is Just Impressive 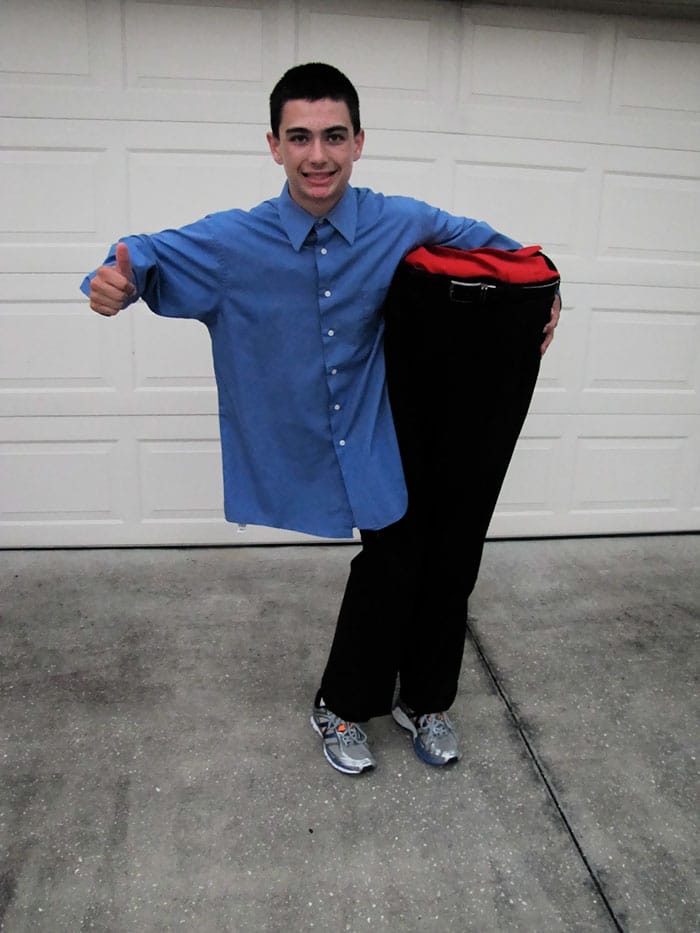 How did he manage to cut himself in half? Probably sorcery.

What do you think of these creative costumes? Let us know in the comments below.