Going to the circus might sound like a good idea for a fun day out with the kids. However, parents and children who went to a circus in Lviv, Ukraine were left terrified after two lions angrily attacked their trainer during the show.

This is totally not what you’re expecting to see when you go watch a wholesome circus.

Circus trainer Oleksiy Pinko was savagely mauled by two lions in front of the audience. 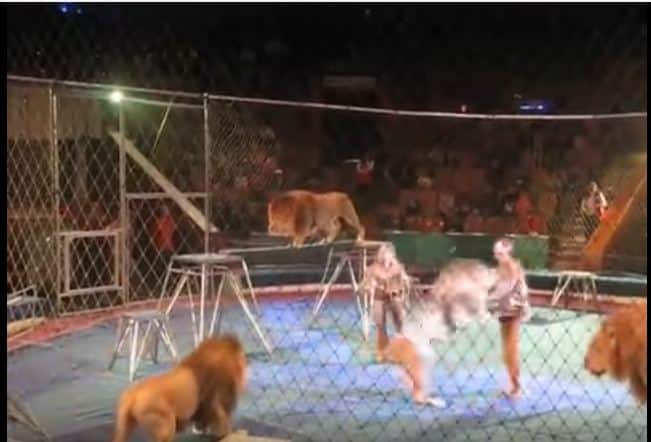 Before the attack, the live audience watched as the circus trainers performed their act. The lions willfully obeyed them and performed their tricks. However, one of the animals aggressively jumped towards Oleksiy Pinko, a trainer, knocking him over.

A water hose was used to scare the animal away.

Unfortunately, things didn’t end there yet.

The trainer got back up on his feet and started hitting the animal with a stick which, apparently, angered it even more.

The lion pinned Pinko to the ground and other circus crew came to his rescue. 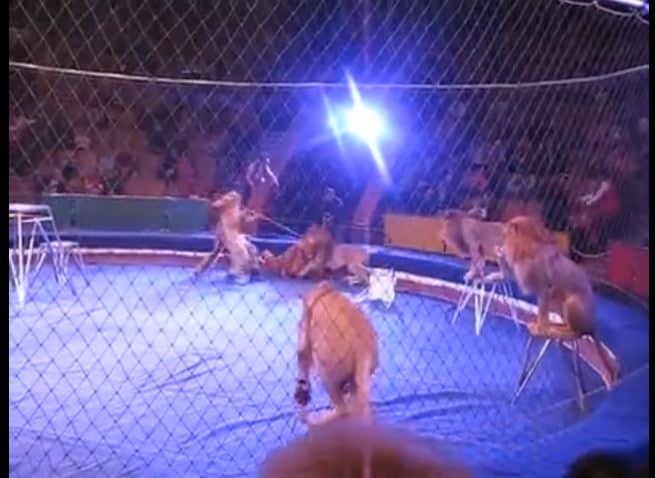 In response, another lion also started attacking them.

As you can imagine, the audience were completely shocked as they watched everything unfold onstage. The children screamed in fright while some of the parents rushed off the place, covering the eyes of their little ones.

According to a report posted online by The Sun, Oleksiy Pinko was taken to the hospital for an emergency surgery. Fortunately, he recovered from the injuries caused by the gruesome attack.

I guess it’s really best that we leave wildlife alone?