In a shocking sermon that sparked outrage from numerous netizens, a Christian priest can be heard preaching that women who wear jeans and other “provocative” dress should be drowned for “tempting men.”

Only identified as Father Sharlom, the priest went on to say that he does not want to give communion to women who wear jeans, trousers, or even shirts. He even asked his congregation whether the Bible gave permission for women to wear such clothing. He went on to talk about how women should and shouldn’t dress.

According to Father Sharlom, women who wear jeans and other “provocative” dress deserve to be drowned. 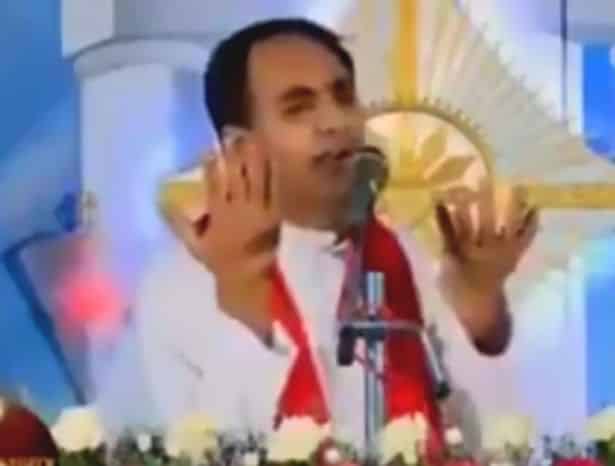 “When I go for prayer meetings in some churches, especially during the Holy Mass, I feel like leaving because of some women who I see in front of me. I feel it’s better to kick them out of the church premises.”

Reports tell us that the footage of the sermon was taken in a church in Kerala, a state in southern India. 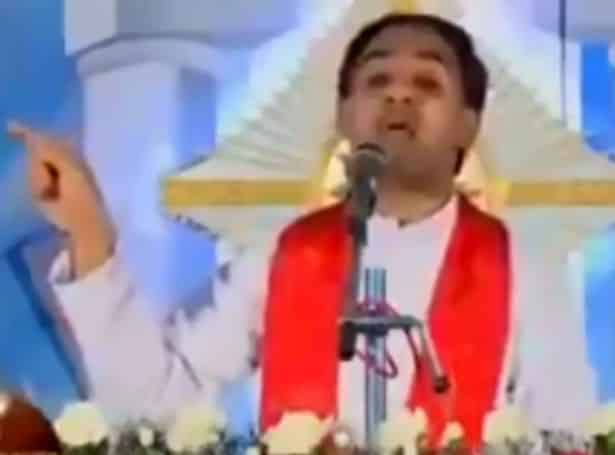 The now-controversial priest further went on:

“After I lecture young men on the ways of God, they come to me later and tell me, ‘Father, after absorbing all the knowledge you give us, we exit and are exposed to semi-naked women. We’re involuntarily provoked and aroused’.

“What have the preachings taught us about this? ‘It’s best to tie the source of provocation down to the depths of the sea.’

“When a father or a young man has come to the church to offer themselves to the God, if you’re standing beside him, having dressed provocatively enough to distract him, you’re a sinner, and you deserve to be tied down to the depths of the sea.

“And then you complain that you can’t find a groom or a job. Why? Thanks to the way you dress.”

Needless to say, many condemned Father Sharlom’s disgusting remarks, with some of his colleagues even lashing out criticism.

“What that preacher has said is unwarranted. No priest has the right to dictate a dress code to women. Men and women are a reflection of God and both are equal and beautiful.”

As of the moment, it remains unverified whether the priest has been punished by Church authorities. It is likewise unknown if he belongs to the Catholic Church or another Christian sect.