An unexpected public encounter with an ex-lover could make for a very awkward situation. It certainly has been a seriously infuriating meeting for this ex-couple when they ran across each other in a mall because one of them had to go home naked.

A scorned Chinese woman probably had her hardest time seeing her ex-husband recently at a mall in Wuxi, Jiangsu province. Apparently, after their bad breakup, this woman’s ex-lover still held grudges against her and even greeted her with a big slap in the face. Eyewitnesses were able to capture a video of the incident which has since gone viral as soon as it was posted on Chinese social media.

A woman proved to her ex-lover that she doesn’t need his money to go on with her life after their breakup. 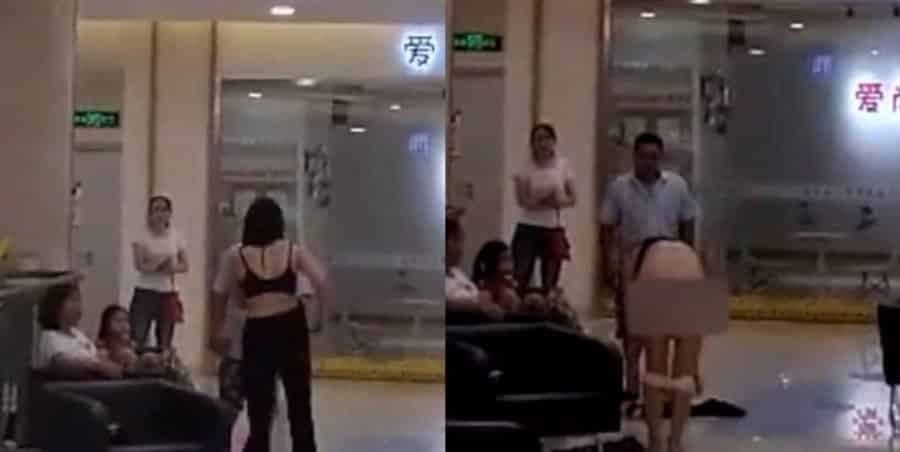 In the video, the ex-couple started to have an argument in front of other mall-goers. However, things escalated real fast when the man told his ex that everything she’s holding and wearing came from his money.

According to a report by Shanghaiist, the man reminded his ex that he was the one who bought her phone and clothes saying:

“That cell phone you’re carrying, those clothes you’re wearing, I bought all of that for you!”

As soon as the Chinese woman heard this from her ex-husband, she furiously threw the phone to him before she started stripping naked in front of shocked onlookers. Even the ex-husband was left shocked at the Chinese woman’s reaction and tried to stop her from removing her bra by hugging her. Apparently, the man failed to convince her as the woman was later seen all bare like new born in front of the mall elevator.

Fortunately, there were concerned people in the mall who got the woman something she could wear. 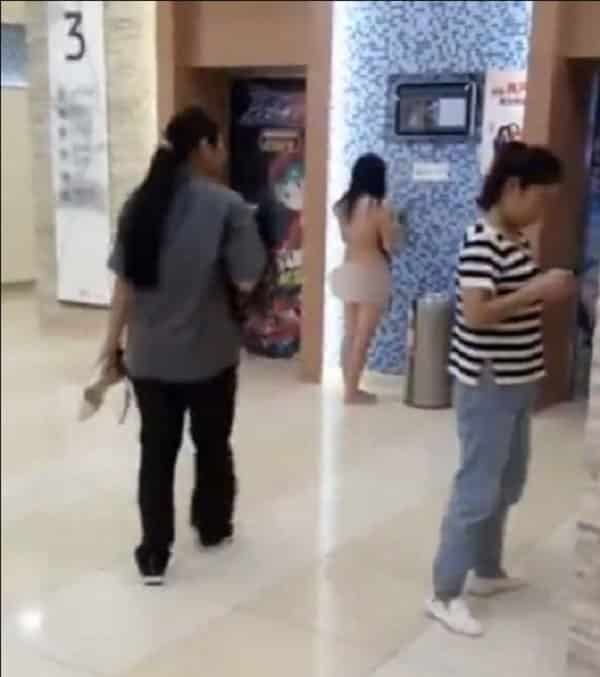