If you’ve got dog-loving friends on your social media, then it’s a normal experience for you to see photos of pooches browse online from time to time. These days though, a single photo posted on the web can have a huge impact. In this case, one particular photo changed and saved the life of a dog yearning for the love and care of a family.

A pit bull named Chester stayed under the care of 2 animal shelters for years. The first was at Riverhead Animal Shelter when he was found as a stray dog while the most recent was at North Fork Animal Welfare League’s Southold location. He waited for five long years for a family to adopt him.

Recently, the manager of the shelter came up with an idea to use Facebook to help the animal find the right carer. Like an answered prayer, someone eventually came knocking.

She posted this photo of Chester on their Facebook page where it quickly went viral on the same day. 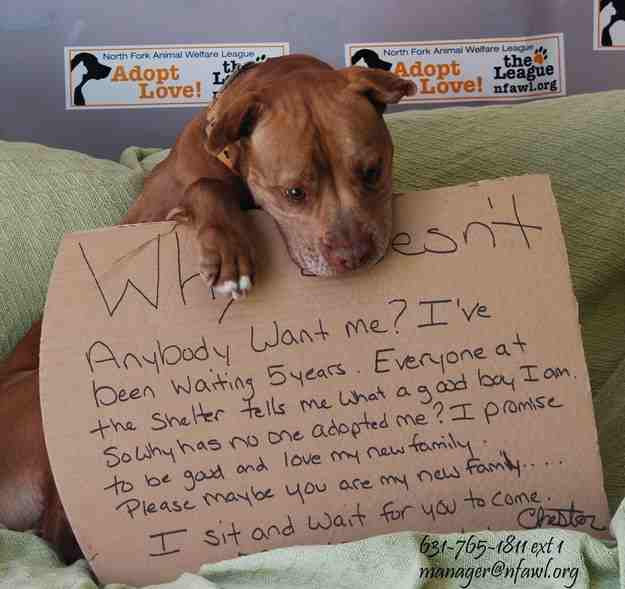 Why doesn’t anybody want me? I’ve been waiting 5 years. Everyone at the shelter tells me what a good boy I am. So why has no one adopted me? I promised to be good and love my new family. Please maybe you are my new family/ I sit and wait for you to come.”

Who wouldn’t be moved with such sad words coming from a very lonely yet adorable dog?

Gabby Stroup, manager of the North Awl Animal Welfare League, told the South Local that the response was ‘crazy.’ 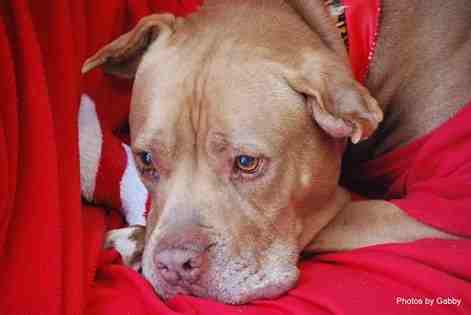 “I posted the original photo on the League’s Facebook page and later that day there were over 6000 shares. Someone suggested I make him his own page and I did, at about 3:30 PM, and that evening there were close to 2000 likes. By Saturday afternoon there were well over 4,000 likes. The phone just never stopped. People called from Illinois, North Carolina, South Carolina, Mississippi, Michigan, Oregon, New Jersey Wisconsin, Nova Scotia, Australia and more — people tearing up as they called.”

Finally, a family came to meet Chester. Dana Dor visited Southold shelter one Friday morning together with her husband Adi and their two sons. 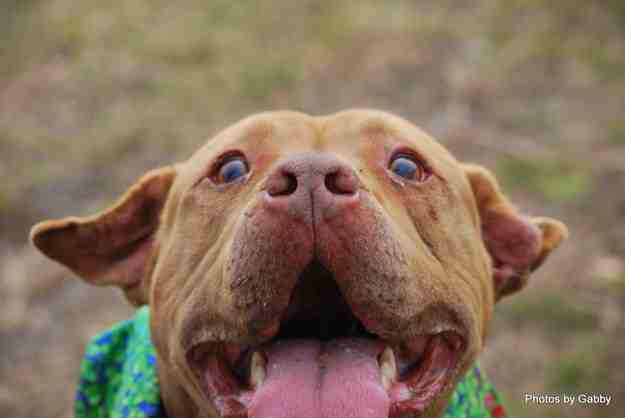 “It was a perfect match. This was one of the happiest days,” Stroup added.

“It’s always a happy day, when one of them gets a family,” said volunteer Yvonne Gallagher.

“We saw him and we felt connected. It was meant to be,” Adi said who was teary eyed when he first met Chester. 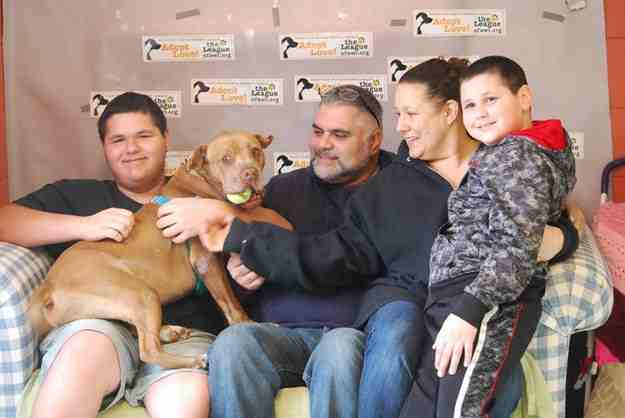 Chester has now found a new home with a loving family. He seems to be enjoying his new life, too. 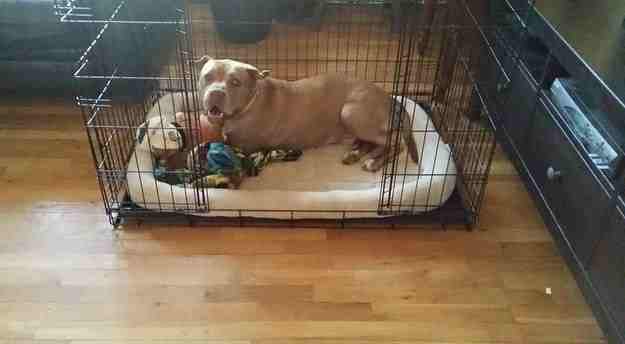 According to Stroup, there are future plans of using Chester’s Facebook page to feature other dogs who have been on the shelter for a while to help them find their own family, too. 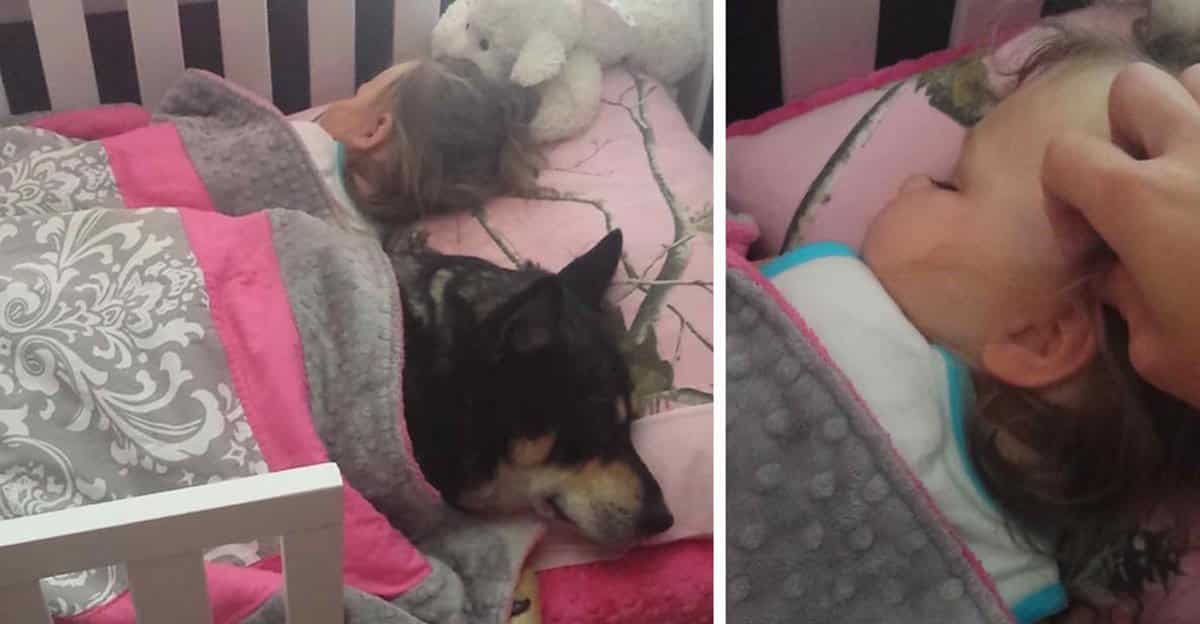