If there ever is a tourist town worth a visit, it’s the municipality of Bulls.

It’s a town of full of bull puns.

It welcomes visitors with its first round of wordplay, a sign that says: 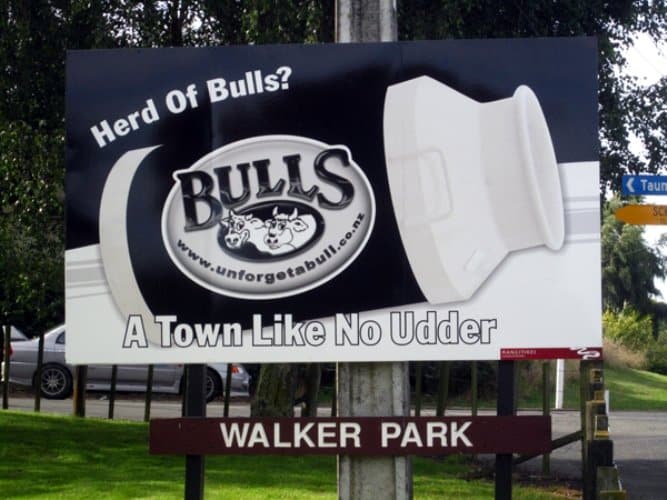 The town is named after an English settler named James Bull who opened the settlement’s first store back in 1862.

No one knows when it started but the residents of Bull Town seem to be inordinately fond of puns. They admire puns so much, they have named their local businesses, churches, and even administration buildings using puns.

Bull puns, that is.

Like the police station, library, boutique, and information center. 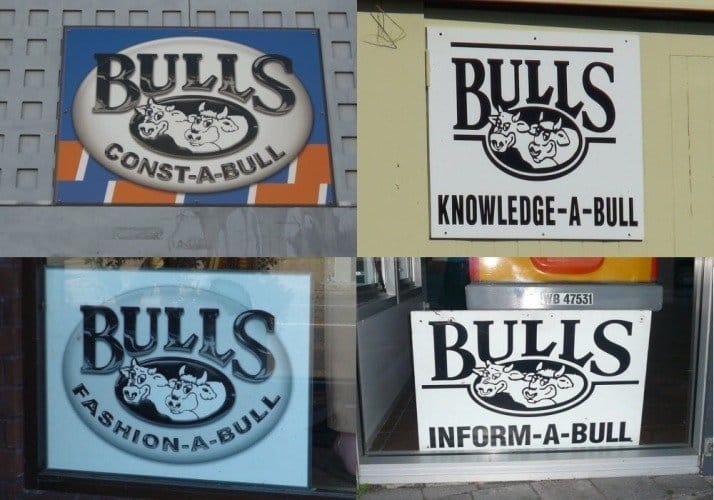 While there’s not much a worldly tourist can see in Bulls, except the usual small town buildings and shops, visitors with an eye for the quaint will enjoy quite a word-y sightsee.

Like the public toilets, trash cans, the bank, and a cafe: 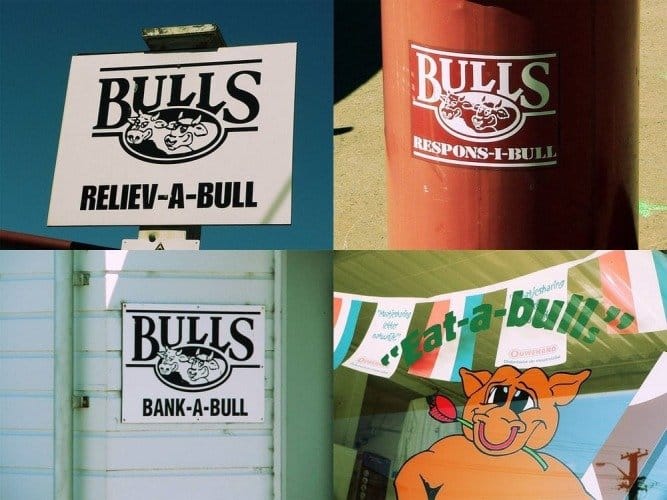 The town does have museum housed in turn-of-the-century stables. It contains artifacts used by early settlers, and an extensive World War I rifle collection. The museum also boasts of an art gallery selling local artists’ work, gifts, and antiques.

Confused visitors need not worry about directions, though.

The street signs are clear for anyone to see. 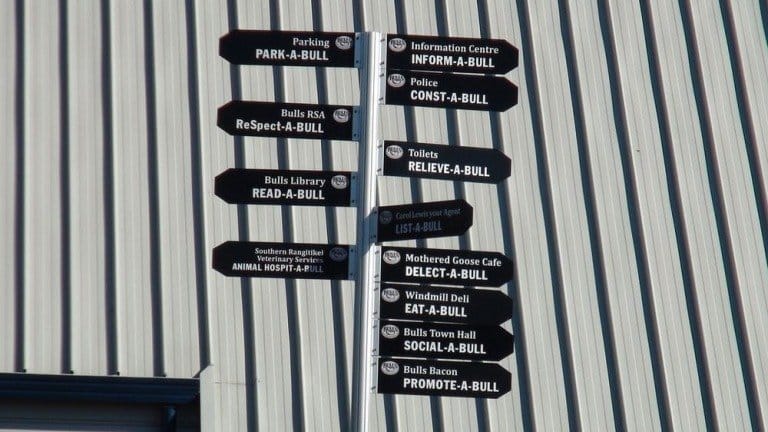 Visitors wanting a look-see at the town’s administrative buildings can take a gander at this cheerful sight: 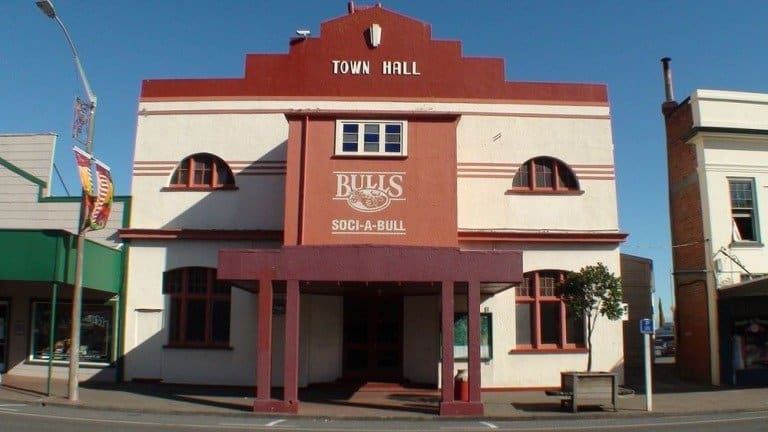 In the meantime, no one needn’t worry about illness.

The medical clinic guarantees a solution for every ailment: 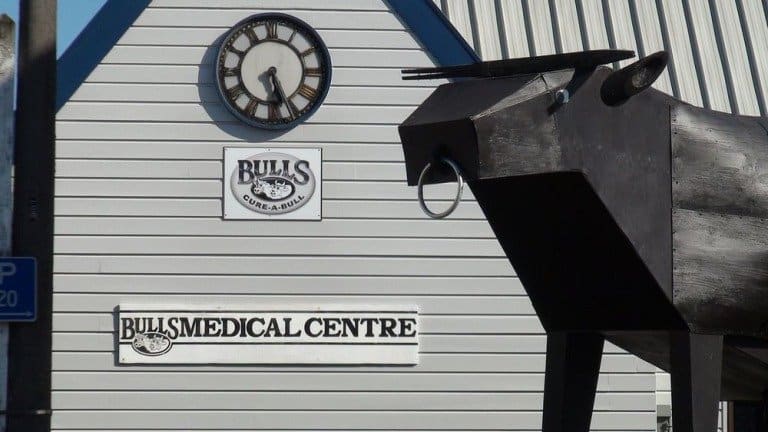 It’s a place where even the advertising gets bullish: 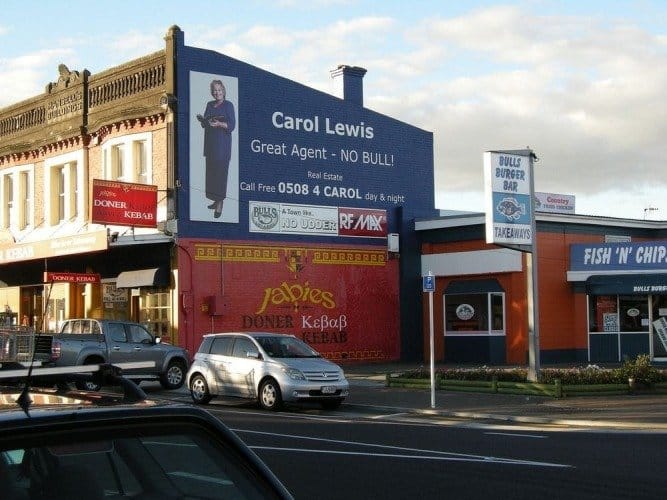 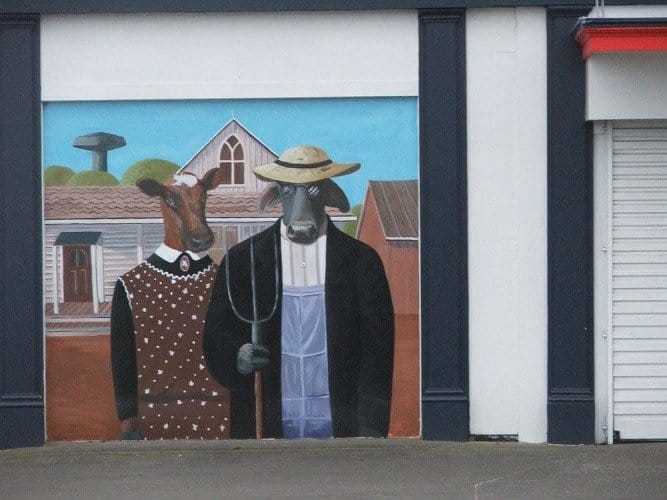 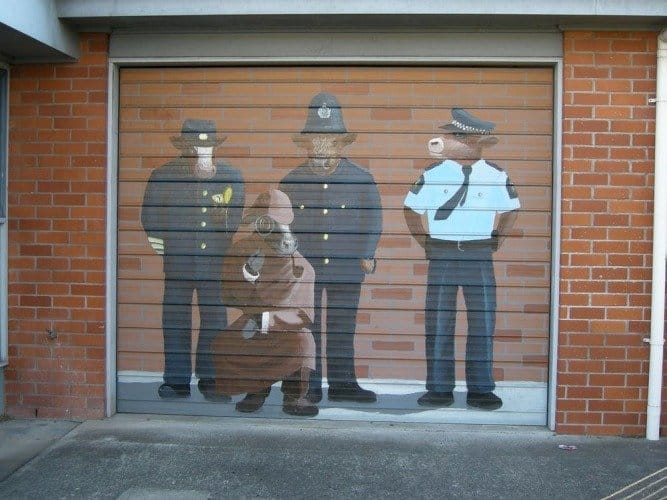 The municipality even has a sister city in England. It’s name? Cowes.