This boy has the blood of wizards.

If you’ve ever been to a circus, you’ll know juggling forms part of most of the performances. There are clowns juggling various objects, the knife thrower spinning a number of blades in the air, acrobats juggling each other, and even animals that have mastered the art of throwing and catching.

Now here’s a young boy who appears to have a crystal ball that runs across his skin like a playful pet. 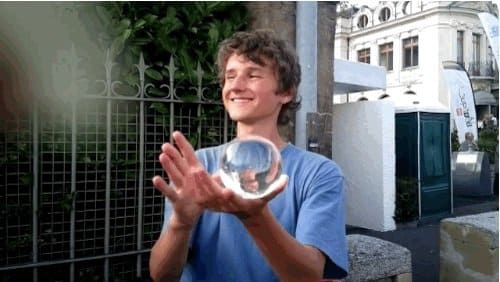 Demonstrating how much his beloved crystal sphere adores the surface of his skin, the teenager gives an amazing performance, sliding the transparent orb on his palms, fingers, hands, arms, and chest.

His performance is so mesmerizing, especially with a guy accompanying his hypnotic moves on a cello, and a young lady accenting the highlights of his juggling with her accordion.

Because yes, it is juggling.

While it may seem the crystal ball is alive and moving across the boy’s skin, he is actually manipulating the orb through a series of movements known as contact juggling.

Contact juggling has been around for centuries, and has been used in vaudeville shows where a single ball is rolled all over the body, seemingly alive and moving on its own volition. 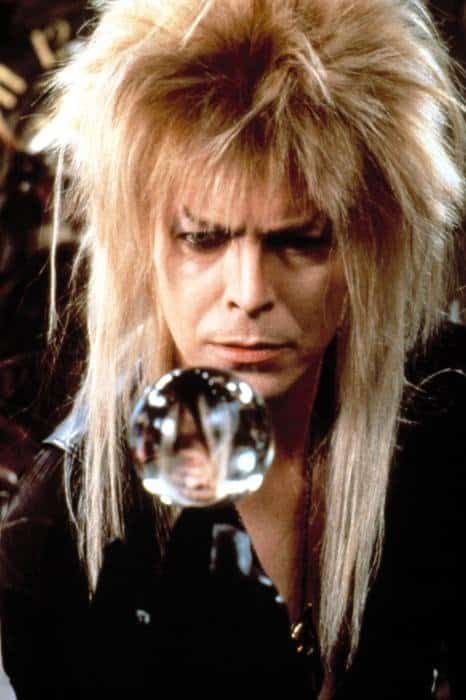 Of course Bowie’s contact juggling was performed by master juggler Michael Moschen, who stood in for the ethereal singer-actor during his eight (yes, eight!) ball performance, but still…

Getting ready for the grand finale… 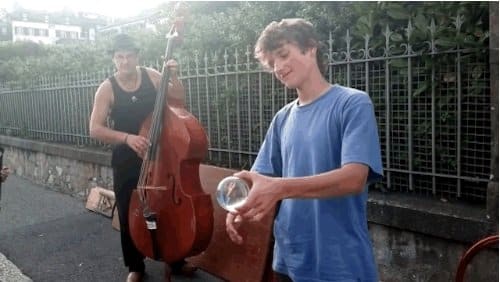 And so the smiling boy shuffles the glass sphere around and around, with slow snakelike movements, ending with a pirouette with the crystal ball balanced on his head. 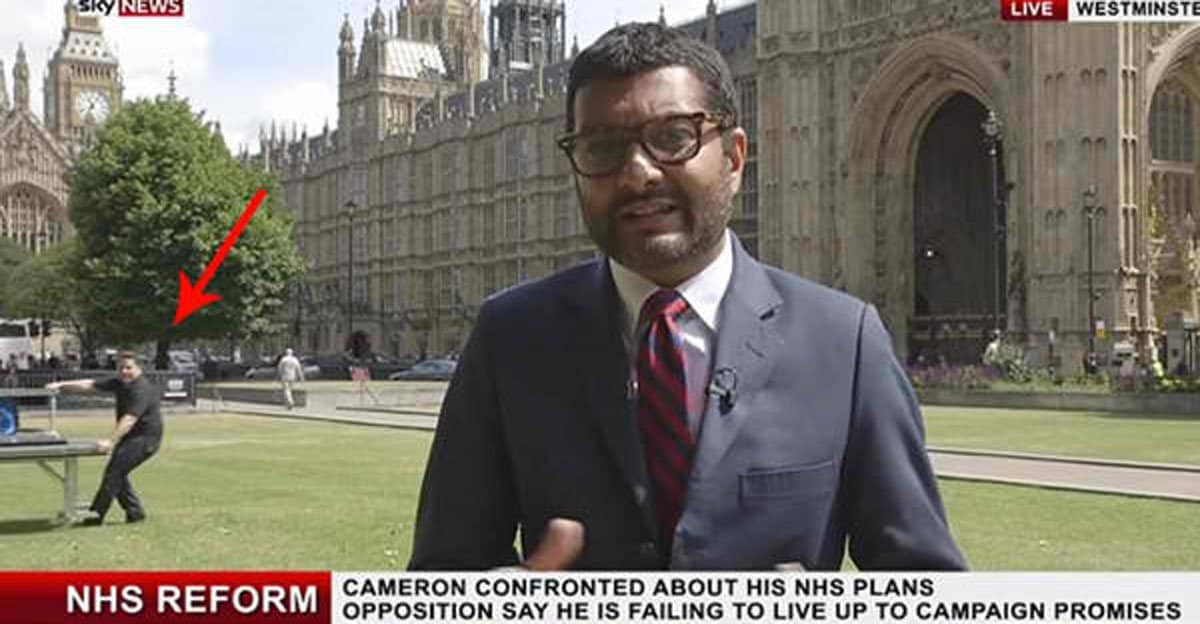