Enclosed inside the rib cage, the human heart is already a vulnerable part of the body. Extreme pressure to the chest or a deep puncture can bring damage it. Now imagine your heart positioned OUTSIDE the rib cage, protected only by a thin layer of skin.

It’s a terrifying thought, but it didn’t stop 18-year old Arpit Gohil from India from trying to live a normal life, even with the knowledge that a slight bump or fall can kill him in an instant.

He defied the odds and made it to his 18th birthday. 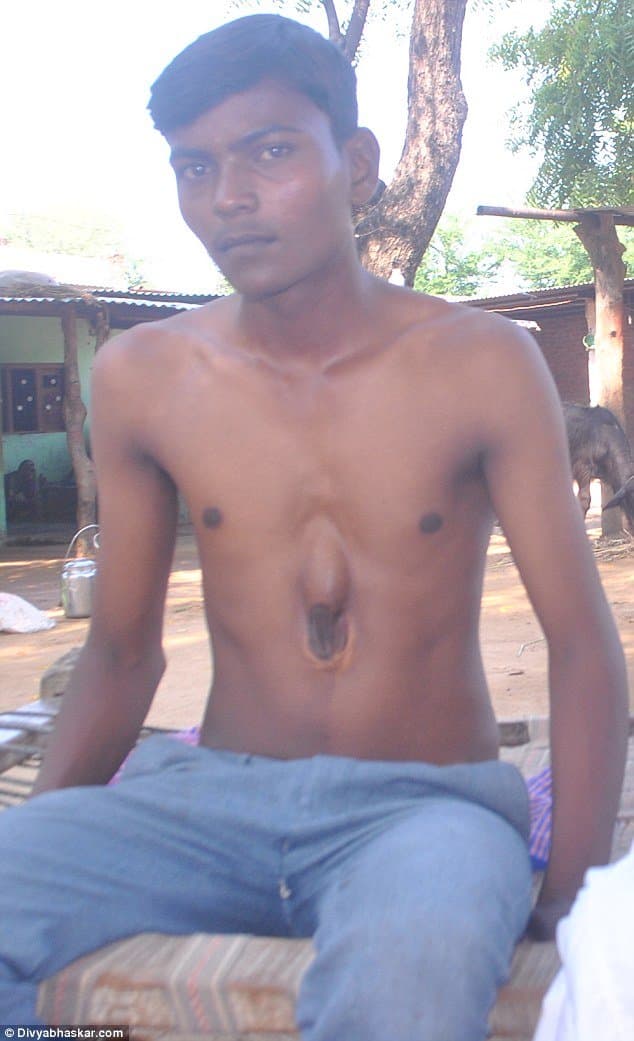 Arpit was born with a rare condition called Pentalogy of Cantrell, which occurs during the fetal stage. Babies afflicted with this are born with vital organs (such as heart or intestines) placed outside of their bodies. In Arpit’s case, his was the most serious form, known as ‘ectopia cordis’. There are only 165 cases known cases and survival rate is almost non-existent.

A slight fall or bump can kill him in an instant. 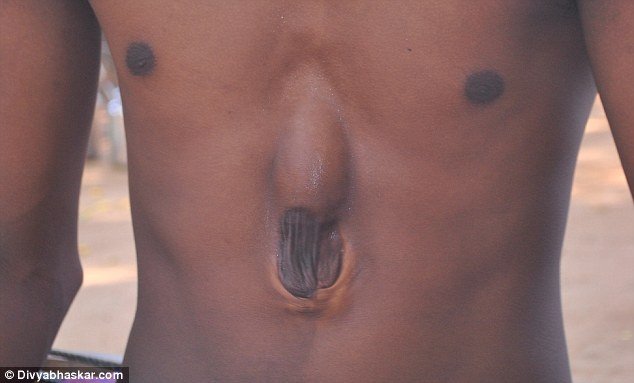 When Arpit was taken to the hospital in 1997, doctors initially thought that he was born with two hearts, but the sonography revealed otherwise – he only has one heart, but it was developed outside his rib cage. They told Arpit’s parents that he had almost no chance to survive. According to rarediseases.org, only 50 known cases have reached the age of 12, with most dying just hours after birth.

Amazingly, Arpit went on to grow up like any other boy on his father’s farm in Gujarat state in India. He climbed trees and drove a tractor, like any normal farmer’s son would. According to his father, Vikrambhai, “Since he was little, my son has never experienced any complications. At times, I felt he was actually healthier than the normal boys of his age. So I never took him to a doctor. I never thought about having him operated on.”

The odds are stacked against him, but Arpit insisted on living just like everybody else. Reaching the age of 18 made doctors hail him as a “medical miracle”.

“I don’t have any problems, and have got used to living with the condition now,’ he told the Daily Bhaskar. “I can do everything like a normal person and don’t have any trouble with my jobs on the farm, whether it be tilling the land, driving a tractor or riding a bike.”

Determined to live life like a normal person, working in his father’s farm. 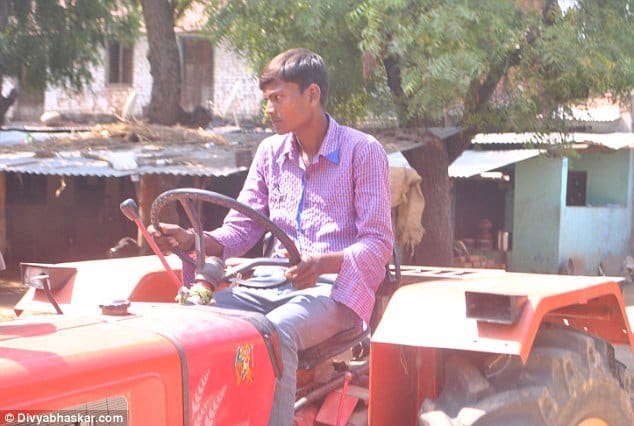 The danger to his life continues, however. In an interview with MailOnline, Dr Sanjeeth Peter, director of the Nadiad-based DDMM Heart Institute, said that “[Arpit] has learned to cope with the defect but he is very vulnerable, and we don’t know how much longer he can continue living as he does at the moment.”

“But if he slips and falls, or he is bumped, it could do serious damage. He holds himself carefully to protect his heart but, and particularly because he works on a farm, it is not 100 per cent safe.”

Arpit is now thinking of having an operation that will move his heart to its correct position. Dr. Peter examined him and discovered five defects in his body, including one inside his heart and an abdominal disorder above his belly button.

“He is OK for the time being. But he could develop respiratory problems or circulatory problems at any time, because the problem is putting so much strain on his body.”

“I believe the best thing for him to do would be to go ahead with the operation. After that he would be able to lead a normal life.”