StudioKCA, which is an architecture and design firm based in Brooklyn, constructed a 38-ft. tall breaching humpback whale made from over 10,000 pounds of plastic ocean waste. They created the installation for the Bruges Triennial

The project is in response to the estimated 150 million tons of plastic trash currently in the ocean. STUDIOKCA and the Hawaii Wildlife Fund collaborated to organize a clean-up in beaches so they could collect plastic waste to be used for the Skyscraper (the Bruges Whale). 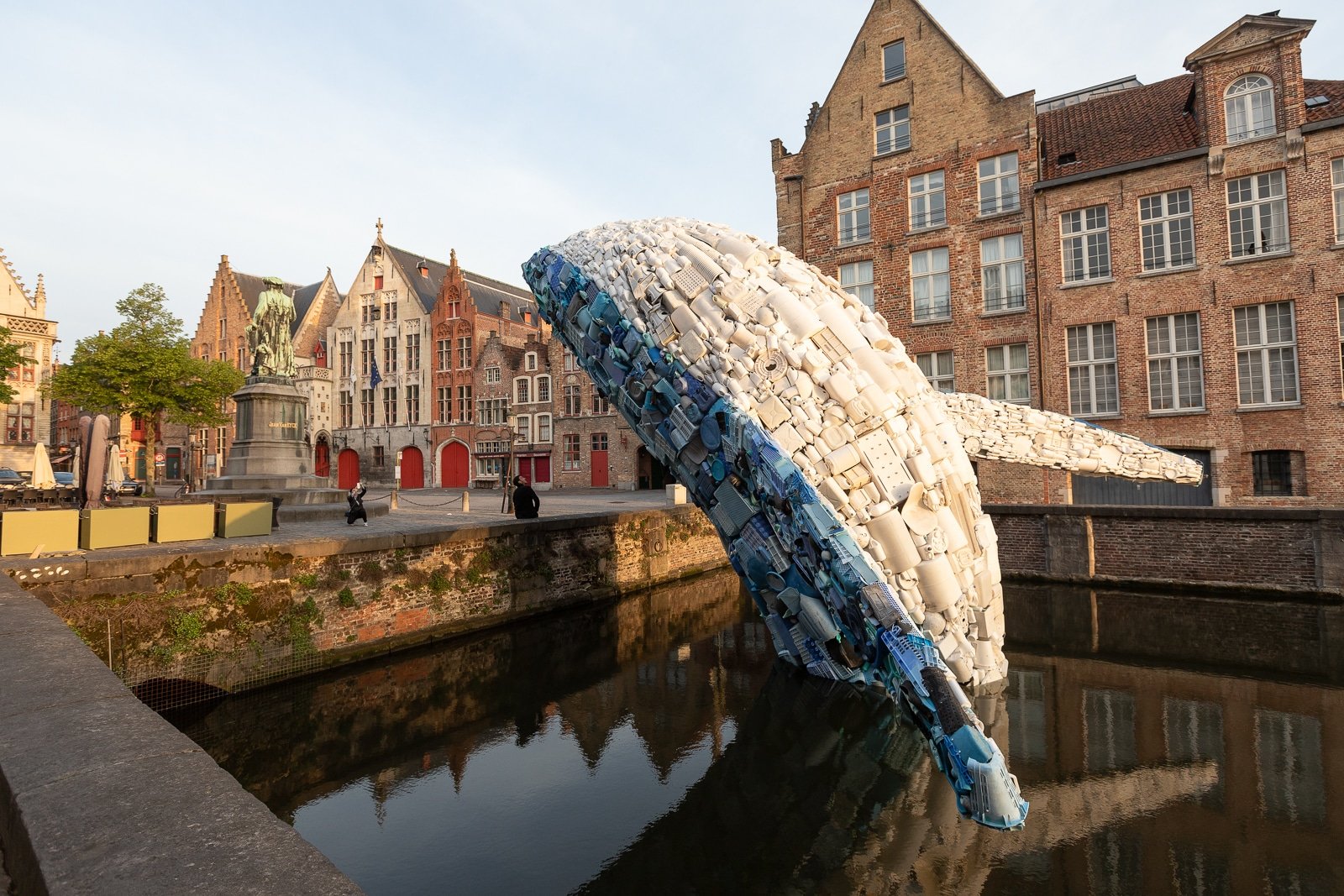 “Pound for pound, there is more plastic waste from our cities swimming in the ocean than there are whales.” 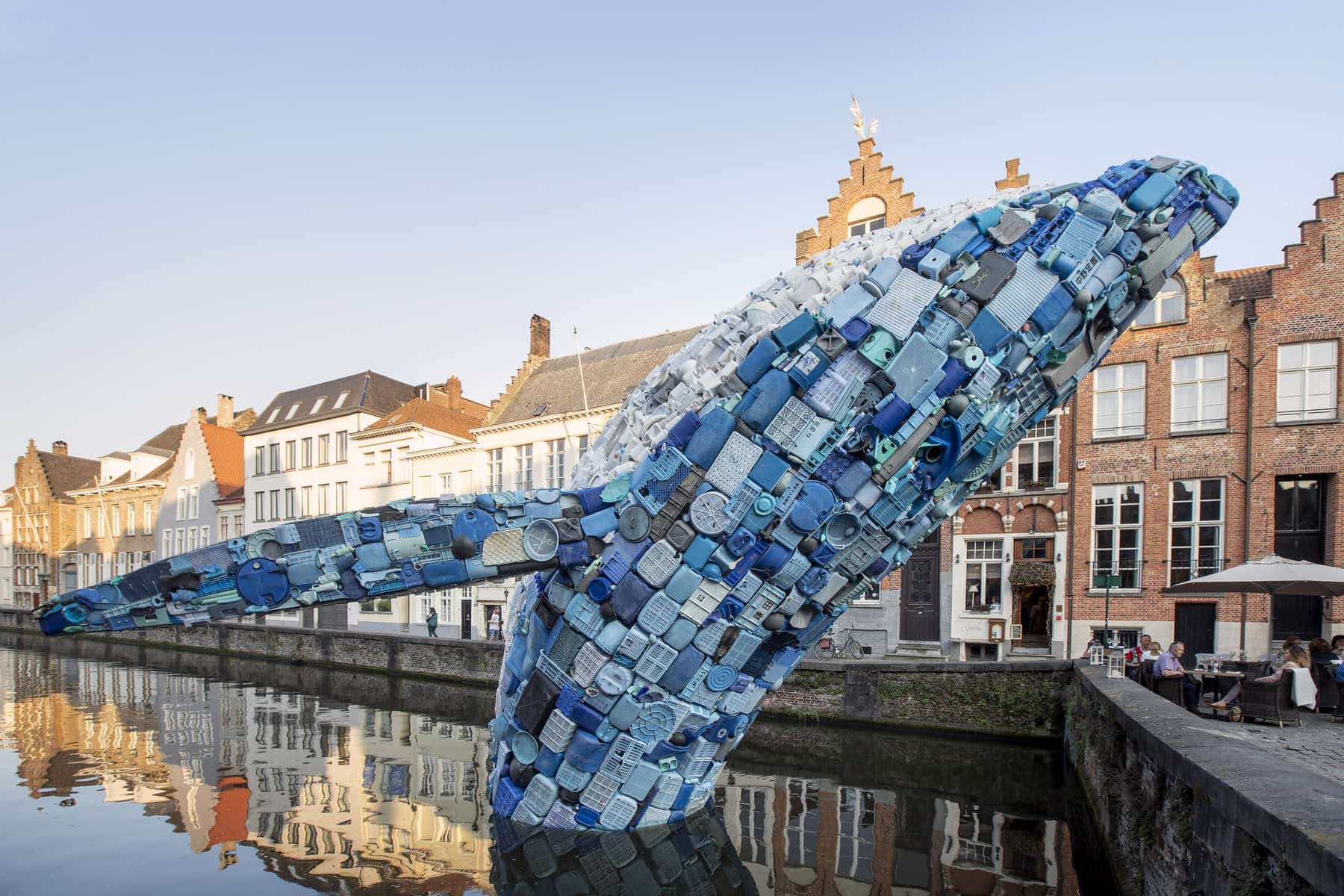 “A whale, breaching from the water, is the first ‘skyscraper of the sea,’ and as the largest mammal in the water, it felt like the right form for our piece to take in order to show the scope and scale of the problem.”

The giant sculpture is as tall as a four-story building.

The company ran Kickstarter campaign for the installation after segregating the plastic by size and color.

The Bruges Whale seems to rise from the canal and shows the impact humans make with plastic waste. 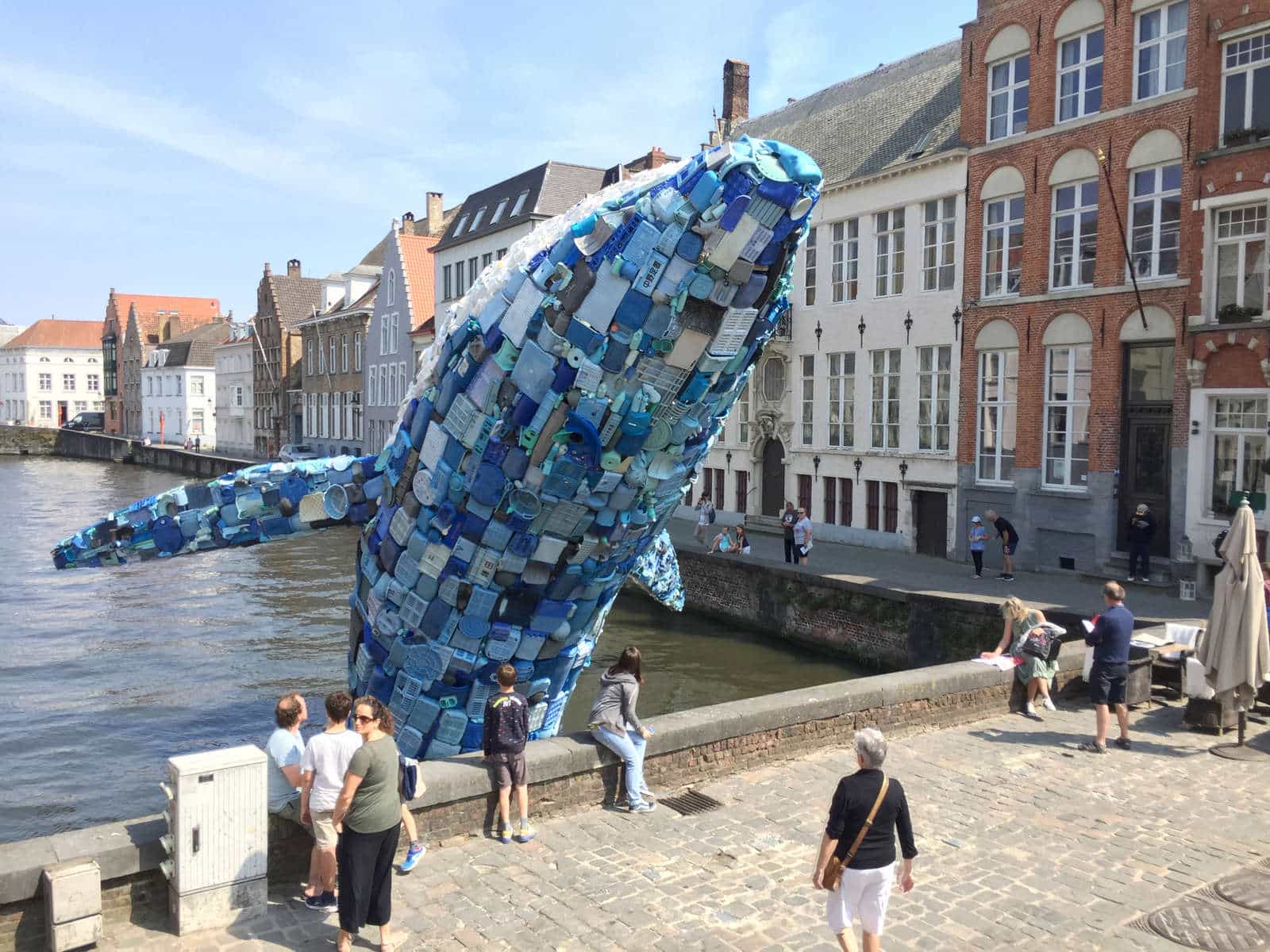 “A powerful reminder of the 150,000,000 tons of plastic waste still swimming in our waters. The skyscraper is a physical example of why we need to change how we use and dispose of plastic in the world today.”

The installation is now on display at the Bruges canal in Belgium near the Jan Van Eyck statue until September 16. 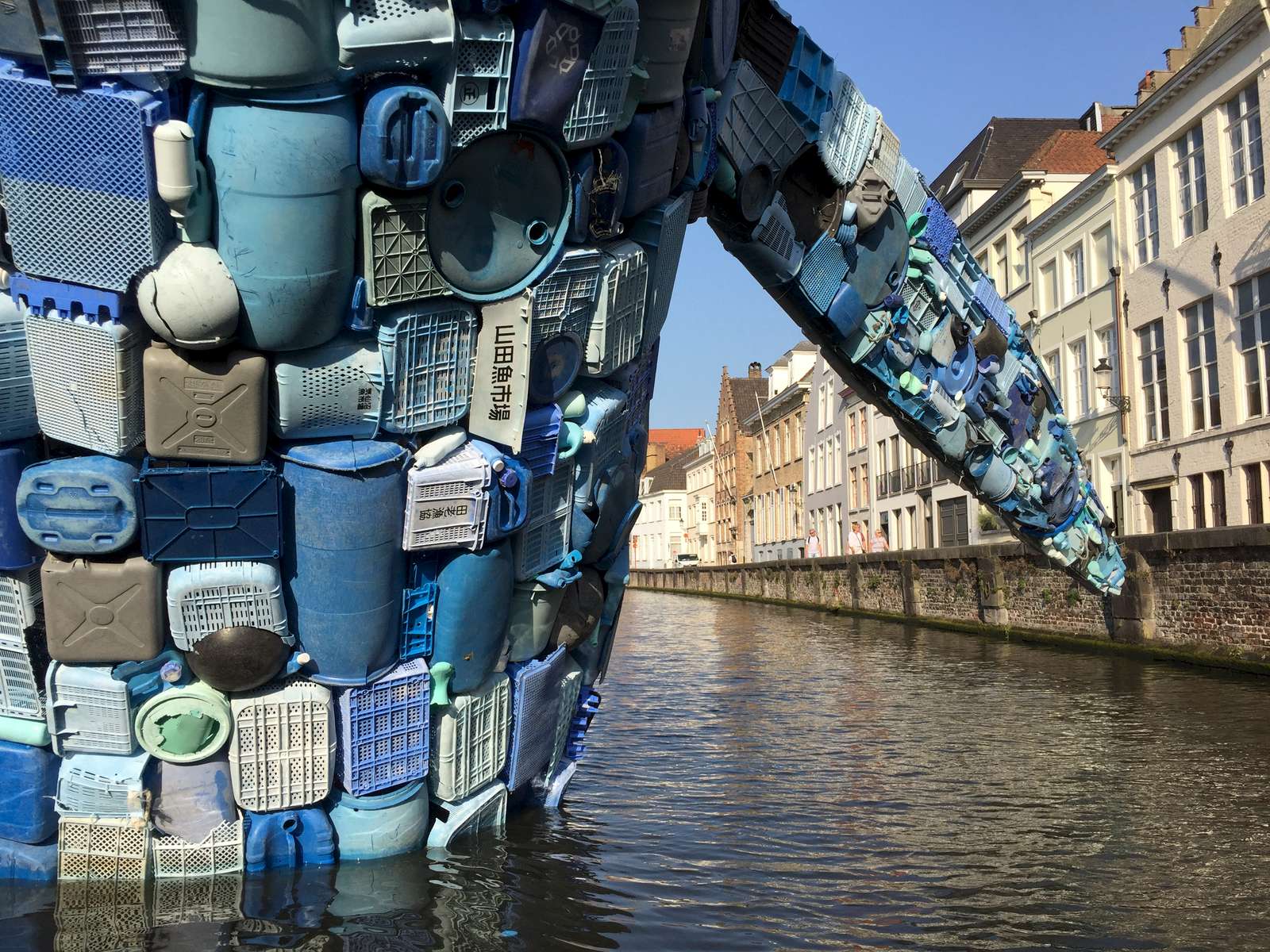 The giant whale sculpture aims to raise awareness about the amount of plastic waste that ends up in the oceans each year.