Children are always perky, carefree and sometimes even too smart for their age. You can add the fact that they are also very honest and funny–traits that make them just as adorable and worth emulating.

They remind us so much about our own childhood–when we always have answers or opinions to anything, without hesitation or any fear of judgment at all. Pretty much like how this ‘honest-to-goodness’ little fellow pulled off an argument with his dad in a rather cute and hilarious manner.

This little fellow pulled off an argument with his dad in a rather cute and hilarious manner. 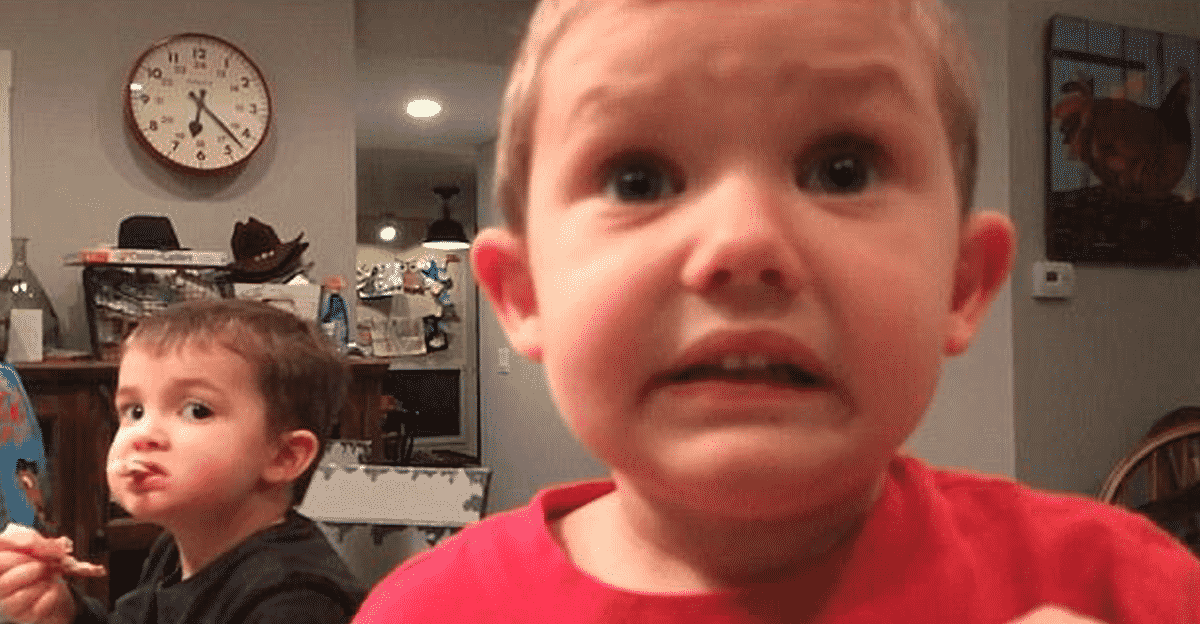 While munching on his pizza (with his younger brother doing the same), this young boy from Massachusetts was filmed casually talking to his dad about some certain topics like marriage, kissing and fatherhood. For a 4-year-old, this little charmer certainly has some strong opinions about marriage or “not wanting to get married,” as he puts it.

When asked if he is going to be a protector when he gets married,

“I don’t want to be married at all!”
“Are you kidding? I would be scared,” the boy exclaimed.

And then he goes on citing what his reasons were.

“..because I don’t want to kiss anyone.”
“Well if they kiss me, they sometimes do it with spit,” he further explained.

The argument took another hilarious turn when his dad asked,

“What about a wife? Don’t you want to be a daddy and have kids?”

But this witty 4-year-old is not backing down and clearly not having it.

“I don’t need a wife. Well, I do want to have kids,” the child insisted.

Fair enough. Although he might change his mind years from now, probably when he finally meets the person he wants to marry, we totally get why he would rather enjoy his pizza than deal with such issues at the moment.

Nonetheless, this, by far is the realest and most hilarious argument between a father and a son. It captures every child’s wit, charm and sheer innocence inside this adorable boy.

You do you buddy!

This video will most certainly be played at his wedding!