Benjamin Button’s tale may just have become reality. However, this time, the story is in reverse. And by that, we mean that instead of the protagonist shrinking into the body of an infant as he ages, the man in our story becomes eight times older each time he celebrates his birthday.

Meet Rupesh Kumar, a 21-year-old man from Hanumanganj, India. Rupesh is aging fast, eight times more rapidly than normal, and now possesses the body of a 160-year-old man. His condition is due to Hutchinson-Gilford progeria, a rare aging disease that affects about one in eight million people.

Progeria is a rare genetic disorder caused by a mutation in the LMNA gene and results in accelerated aging in children. The signs and symptoms of the condition typically manifest at around 18 to 24 months old and may include stunted growth, hair loss, aged-looking skin, and joint stiffness. Heart disease is the most common cause of death for patients with progeria. 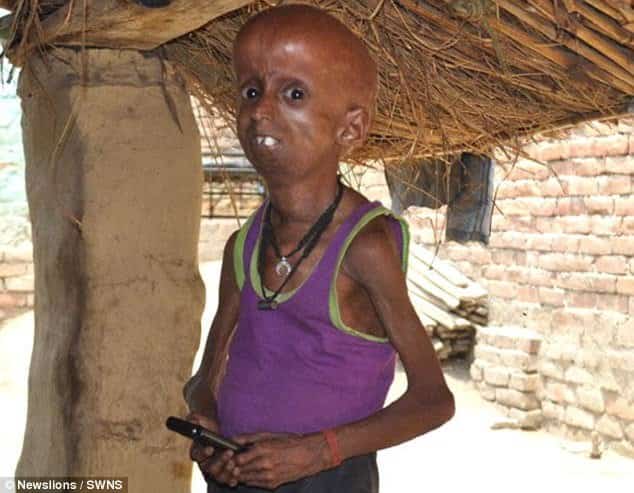 According to the Daily Mail, Kumar is the oldest surviving person who has the said condition. At present, he only weighs three stones or approximately 19 kilograms.

“It all started with frequent headaches and stomach pains when he was very small.

“We took him to several doctors, but none of them could diagnose his condition.

“They prescribe a few painkillers and ask us to go home.”

Apparently, the signs and symptoms of the disease began to manifest when Rupesh was still a young boy. And, as he grew up, the atypical features in his body became more pronounced.

Rupesh first experienced symptoms when he was still a young boy. 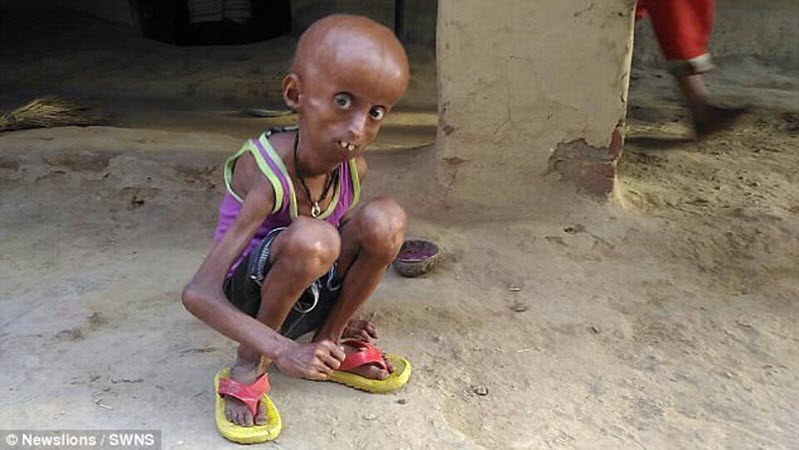 Ramapati then relayed a sad story. He said that a few years ago, some people arrived in their village and were allegedly willing to help Rupesh. However, it was later revealed that these people wanted his son to be part of their circus.

“I thought they were good people who wanted to help with the treatment of my son.”

“But I was shocked when they said that they wanted to buy my son and exhibit him as a spectacle in a circus.”

Some people approached Rupesh's parents with the intention to recruit him into a circus. 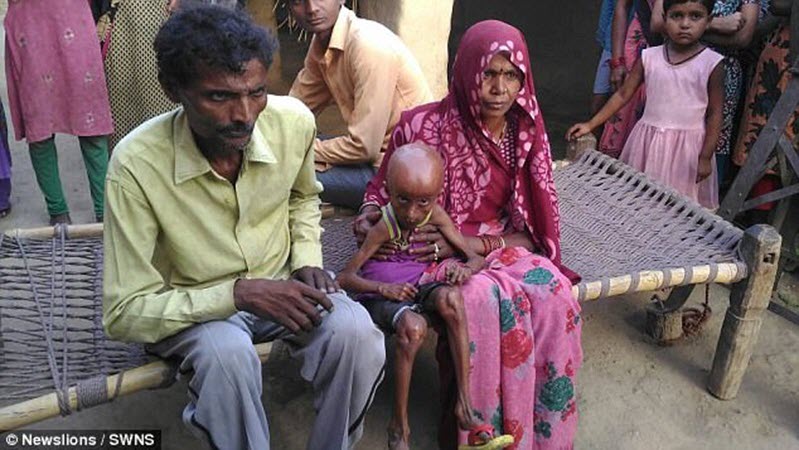 “How could they even dare to make such an inhuman offer?”

Sadly, there is no known cure for Hutchinson-Gilford progeria. However, Rupesh continues to fight, having survived for 21 years despite the expected life span of about 13 to 15 years.

Rupesh has progeria, an incurable genetic disorder that affects one in eight million people. 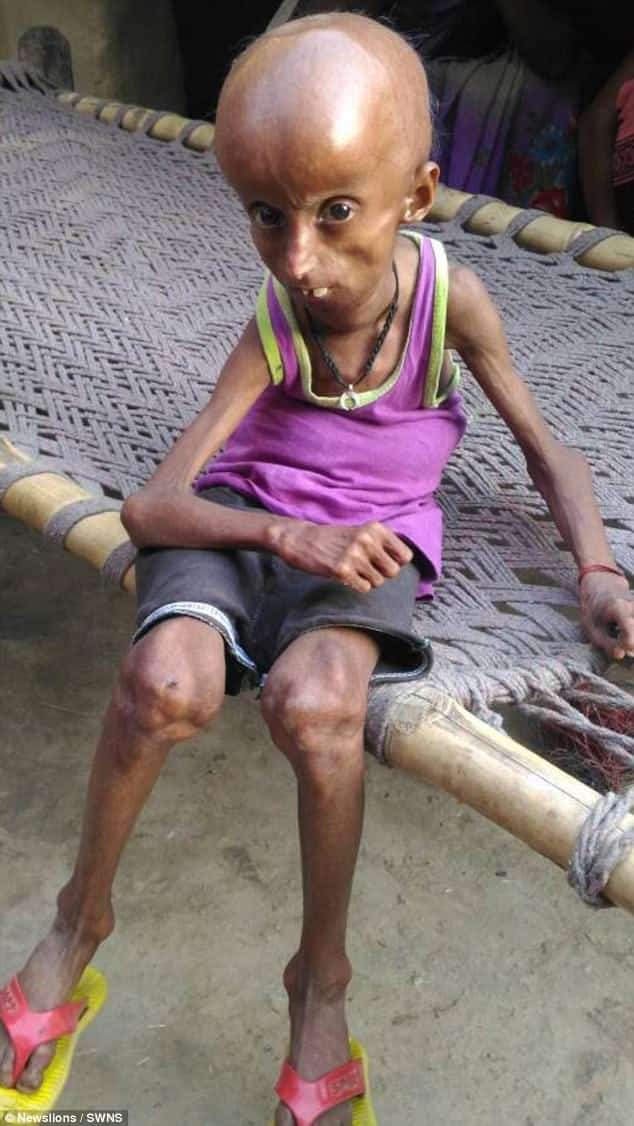 “Most people suffering from progeria die by the time they reach 13-15, but in some cases, like the case of Rupesh, they live up till 21.”

“The symptoms of progeria was first seen in Rupesh at the age of two.”

He is now 21 years old, a few years past the average life expectancy for people with the same condition. 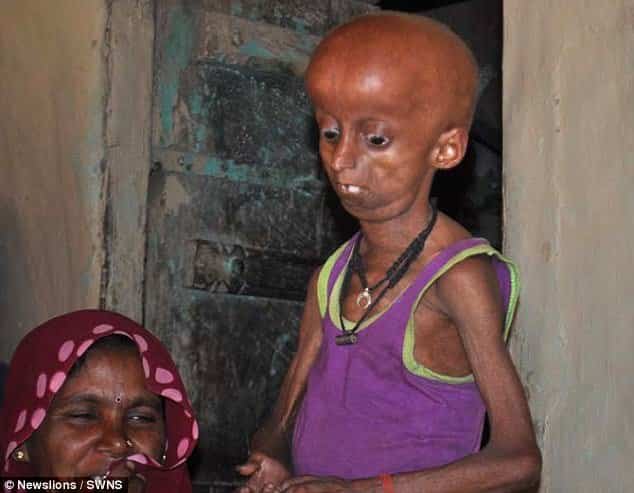 “It was because of this condition that growth stopped, hairs started falling off, skin started sagging and teeth weakened.”

“The patient’s muscles also [lose] the strength. Like in other cases of progeria, Rupesh’s eyes have sunk into his sockets and skin has become pale.”

“This is a genetic problem that occurs due to mutation of genes.”

Rupesh’s parents are pleading for help to support his medical needs. 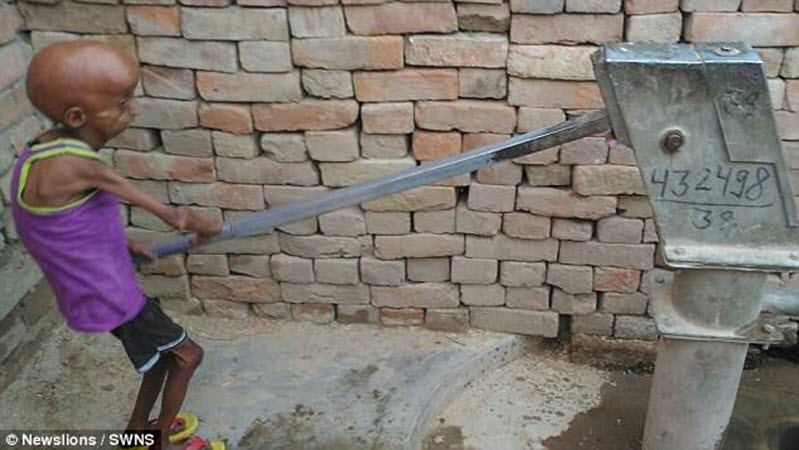 Rupesh’s parents have appealed to their Prime Minister for help and are currently awaiting a reply. Meanwhile, Ashutosh Memorial Trust, a local non-profit organization is helping Rupesh meet his medical needs.