So caterpillars are generally crawly, harmless creatures that you can easily ignore, right? Well, not THIS caterpillar. Found primarily in Brazil and with a body covered with what looks like miniature trees, the Lonomia obliqua can actually make a person bleed to death just through contact. It’s not called the “assassin caterpillar” for nothing.

Each of the spiky branches on this caterpillar’s body is coated with deadly venom that enters a person’s bloodstream and can cause excessive clotting.

Good news is that brushing against just one of these caterpillars is pretty harmless. Bad news is that they usually gather in bunches and this is when the real danger begins. When you brush against a bunch of them and their poison enters your bloodstream, that’s when internal bleeding will most likely occur. 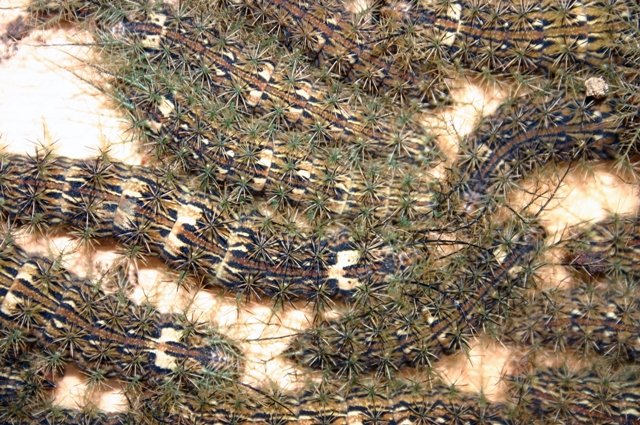 Worse, most people who brush against these creatures will have no idea of its occurrence, so they can get sick and still have no clue why until it’s too late.

Symptoms include bruising, swelling, pain, headache, and vomiting. After a day or two, a person will run out of blood platelets, which will eventually lead to death. The bleeding is all internal since there are no exterior wounds in the body. Research is still ongoing to find an antidote to this fatal poison.

Watch this video to know more about the world’s deadliest caterpillar: