A woman was walking in broad daylight when her miniskirt was stolen by a man people are saying could be a pervert. The girl was in a short skirt and heels with a hand bag on her left shoulder. In the 40-second video, the guy could be seen trailing the woman.

The video showed the guy holding a mobile phone, walking at a fast pace while looking over his shoulder from time to time. In just a matter of a few seconds, the guy ran behind the woman, crouches down, pushes the girl to the floor and pulls off her skirt straight down to her ankles.

People saw what had happened but did not bother to help the girl or catch the skirt thief. 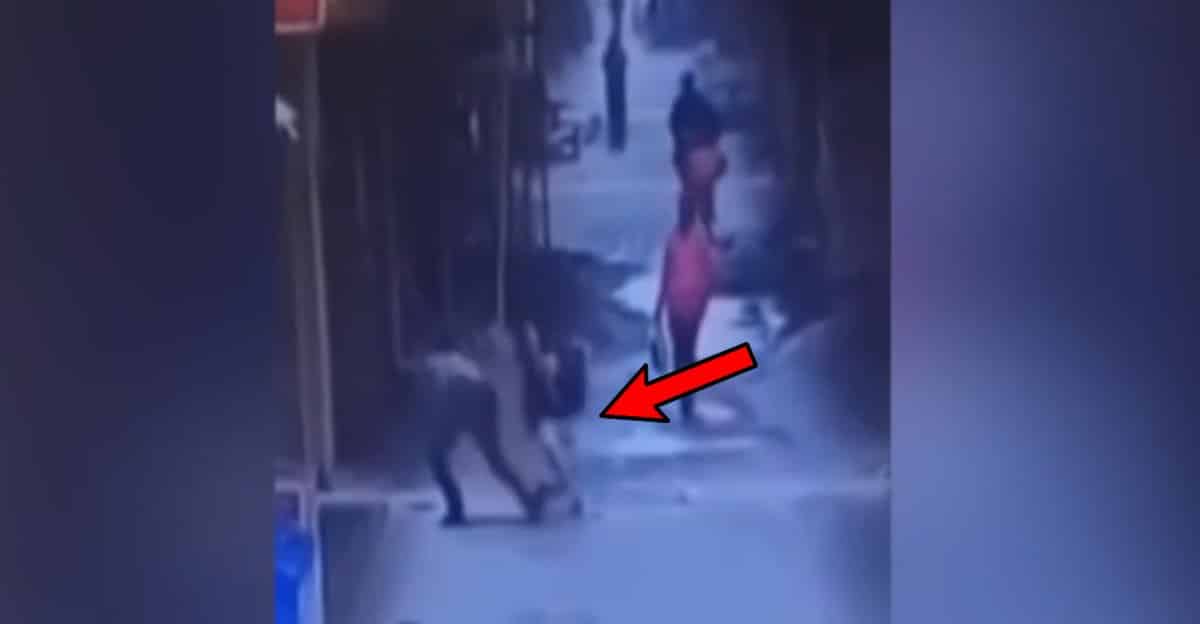 The woman who was clearly shocked and embarrassed, nonchalantly walked away skirtless after the incident. It was unclear in the video if her underwear was also stolen as she walked with her butt exposed. While the woman was still down on the floor, the thief hurriedly runs towards the alleyway with the skirt in hand. It was unclear in the video what the purpose of the guy was by taking the woman’s skirt and leaving her there without a bottom.

The guy was seen wearing a beige jacket in the video. There were a lot of people around when the incident occurred but no one wanted to help the woman nor chase after the pervert. As of this writing, the guy is still at large from the police. It is also uncertain at which part of China this unfortunate incident happened.

We’re also scratching our heads on this one because we can’t seem to put our finger on what the purpose of the guy was when he stole the miniskirt of the woman. Maybe he thinks it would look better on him?