There is little doubt that going vegetarian has its benefits. After all, the lifestyle makes use of the best of Earth’s resources, reduces the risk of certain diseases, and for some, proves one’s love for animals. However, a new study may have revealed that vegetarians are not as healthy as the regular meat-eaters. In fact, people who only eat vegetables are reportedly more likely to need more medical treatments.

The study was conducted by the Medical University of Graz in Austria and enlisted people with different diets. Interestingly, the researchers found that vegetarians were the least healthy subjects. The research discovered that low consumption of saturated fat and cholesterol due to higher fruit and vegetable intake carried a higher risk of cancer, allergies, and mental health problems.

Vegetarians are reportedly at risk of certain cancers and mental conditions. 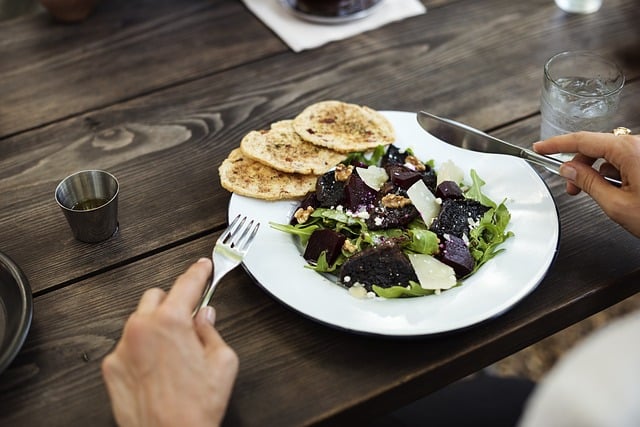 Interestingly, the study revealed that vegetarians were still in worse physical and mental condition compared to the meat-eaters. Perhaps the healthiest thing that the researchers found about people who strictly ate vegetables was that they drink less alcohol and had a lower body mass index (BMI).

One of the more interesting findings in the study suggested that people who eat less meat are also less likely to go to the doctor to seek medical treatment.

“Our study has shown that Austrian adults who consume a vegetarian diet are less healthy (in terms of cancer, allergies, and mental health disorders), have a lower quality of life, and also require more medical treatment,” the researchers wrote.

It might be healthier to regularly have meat in your diet.

Needless to say, the study has been criticized, with some calling it an advertisement for the meat industry. However, study coordinator and epidemiologist Nathalie Burkert was quick to address the issue.

“We have already distanced ourselves from this claim as it is an incorrect interpretation of our data. We did find that vegetarians suffer more from certain conditions like asthma, cancer and mental illnesses than people that eat meat as well, but we cannot say what is the cause and what is the effect.”

Burkert also admitted that “there needs to be further study done” to find out why vegetarians are not as healthy as meat-eaters.