We’re sure you’ve heard of China’s newly-opened Tianjin Binhai Library. This bookworm’s paradise recently went viral for its futuristic design and sprawling space. Book lovers the world over quickly fell in love with the space’s sci-fi inspired interiors and massive collection of books. These days, thousands of people come to visit the library, especially during weekends.

However, reports are claiming that a lot of the books inside the Tianjin Library are actually fake. Many readers’ hearts were broken when this news broke out.

The structure was designed by Dutch architectural firm MVRDV. 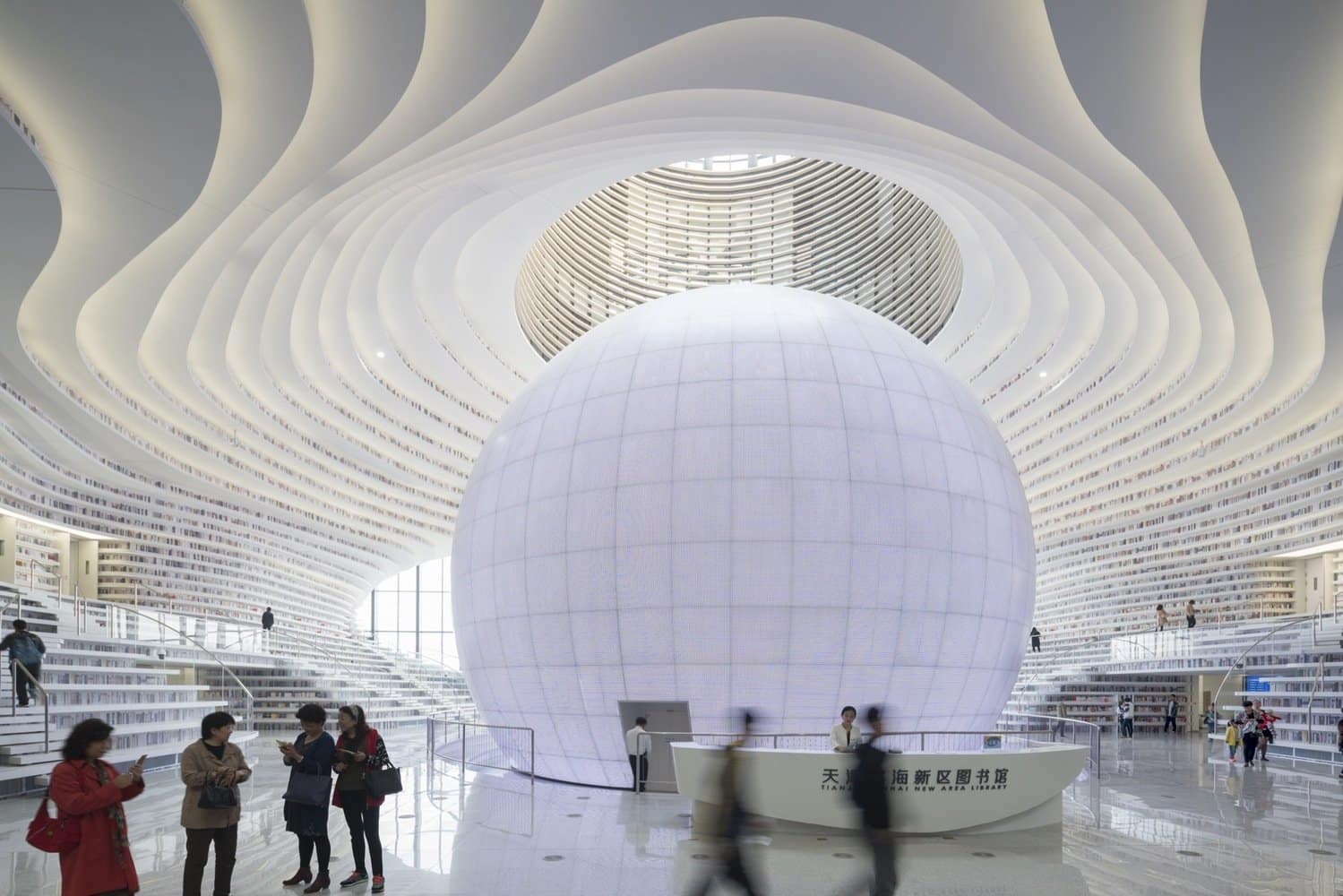 The library is designed like an eye, with a spherical auditorium, which serves as the iris, at the center. Around the “iris” are terraced shelves that that look like they contain books. But apparently, a lot of them don’t.

Some of the terraced shelves in the atrium have rows and rows of fake books, or aluminium plates that were painted to look like book spines. 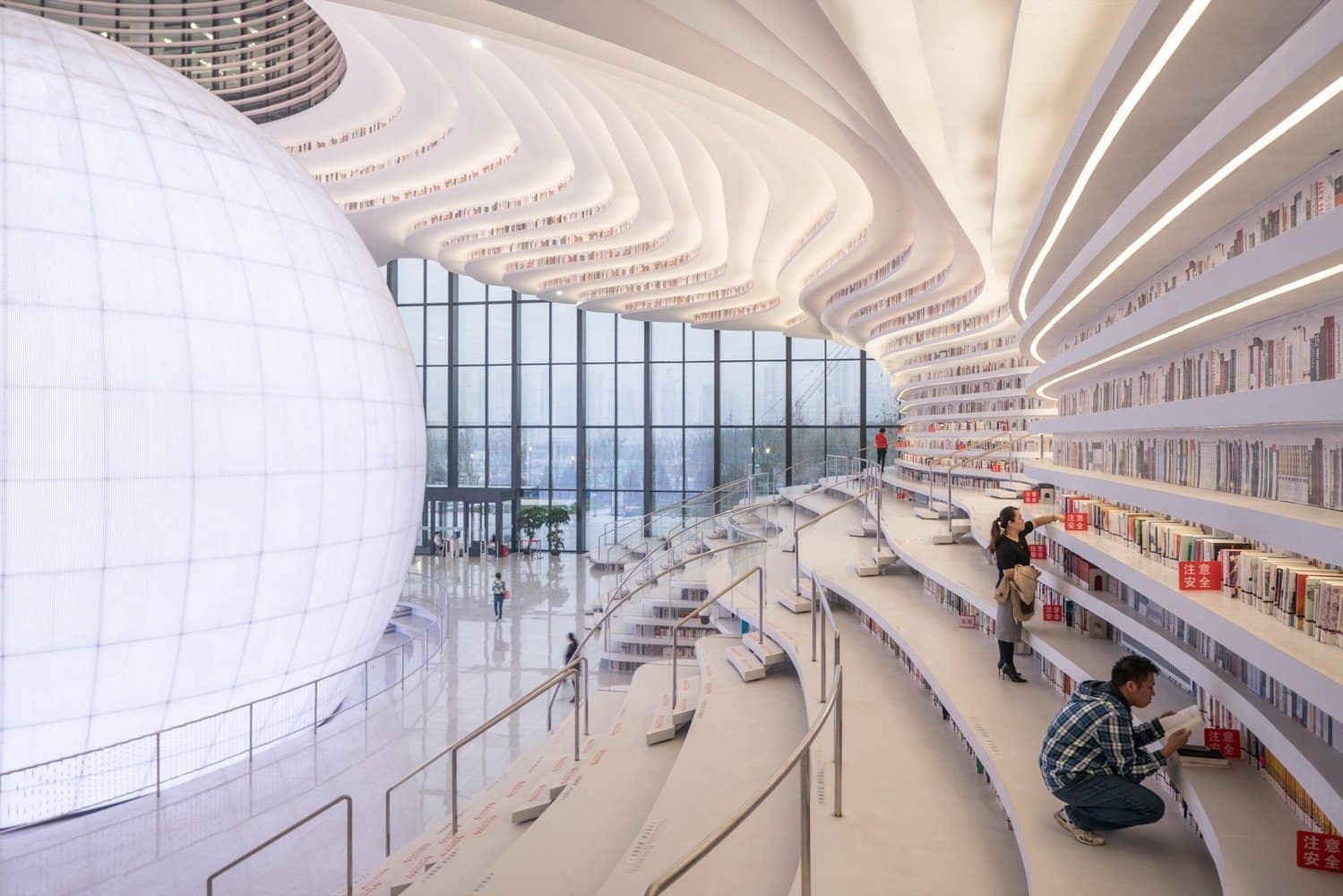 According to AFP, most of the books, the real ones, are located inside rooms that have more classic bookshelves. So it seems that the impressive and sleek white shelves of the atrium were only for aesthetic purposes and not really for showcasing books.

The fake books are reportedly a result of fast-tracking the construction of the library. 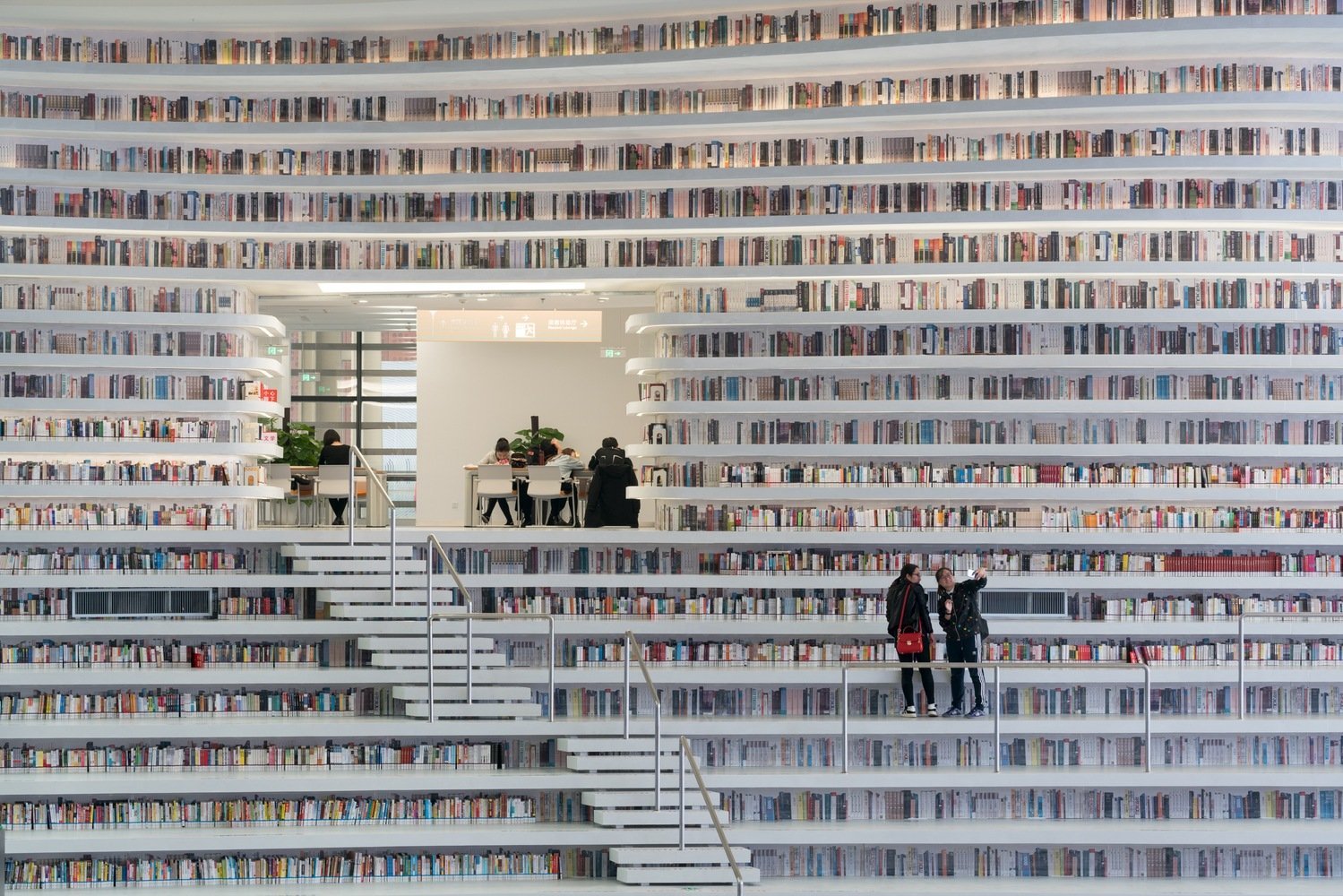 According to the report, MVRDV intended for all the terraced shelves to be accessible and to contain real books, but the idea was dropped after a decision to speed up the construction was made.

But Liu Xiufeng, the library’s deputy director, blamed the design. 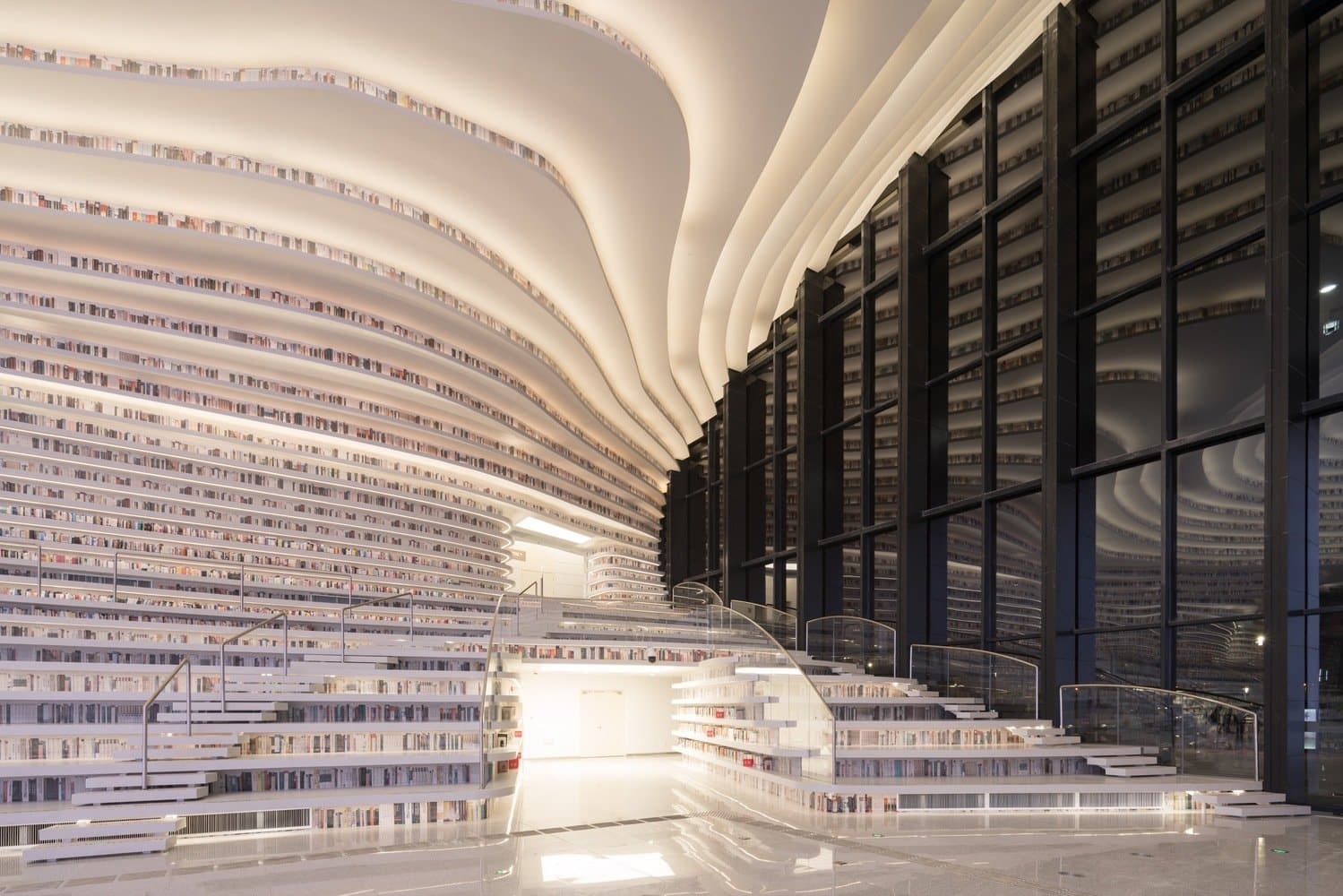 The official said the final approved plan stated that the atrium would be used for circulation, sitting, reading, and discussion, but did not contain a request to store books on the shelves. Liu was quoted as saying:

“We can only use the hall for the purposes for which it has been approved, so we cannot use it as a place to put books.”

What do you think of this news? Would you still like to visit this library?