We all know teens love to flaunt authority and get into rebellious mischief. Like smoking, for instance. However, A teenager ended up in agony from severe second and third-degree burns when his trendy vape pen suddenly exploded.

The latest trend in supposedly “healthier” smoking has emerged in recent years in the form of vapes, or e-cigarettes. These battery-powered vaporizers simulate the sensation of having a smoke, without the dangers of tobacco.

Unfortunately, 17-year-old Marcus Forzani experienced the danger first hand with an incident involving him and a vape pen… 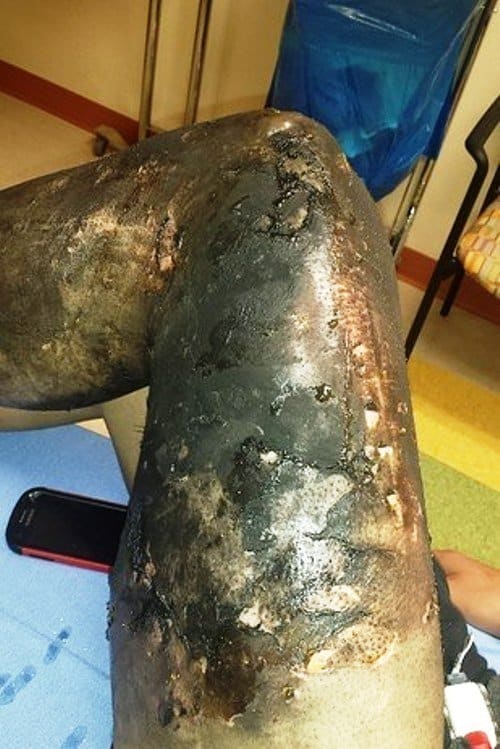 The Colorado high school senior had just left class when sparks suddenly began erupting from his pants pocket, where he had stored his father’s e-cigarette, making it look like a serious amount of welding work was going on in his pants.

The battery on the device suddenly exploded, severely charring Marcus’ left leg from his thigh to his calf.

He also suffered burns to his hand after several panicked attempts to remove the vape pen from his pocket.

The teen was rushed to the Swedish Medical Center’s Burn and Reconstruction Center in Colorado, where his father reported Marcus has had two surgeries so far to try and save his crispy limb. 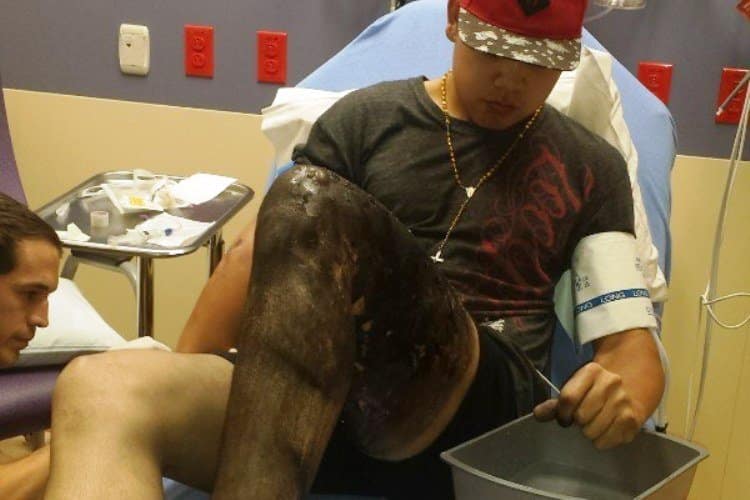 Mr. Forzani further said Marcus had “borrowed” the device without permission, leaving him agonized over the incident. Marcus still has one more surgery to go before he faces a long, hard road of therapy.

According to the reconstructive surgeon who helped saved the teen’s leg, burns like Marcus’ can be “devastating,” and she has already seen several burn victims of exploding electronic cigarettes and battery operated vapor devices just like his, with an increase in similar incidents in the last six months. 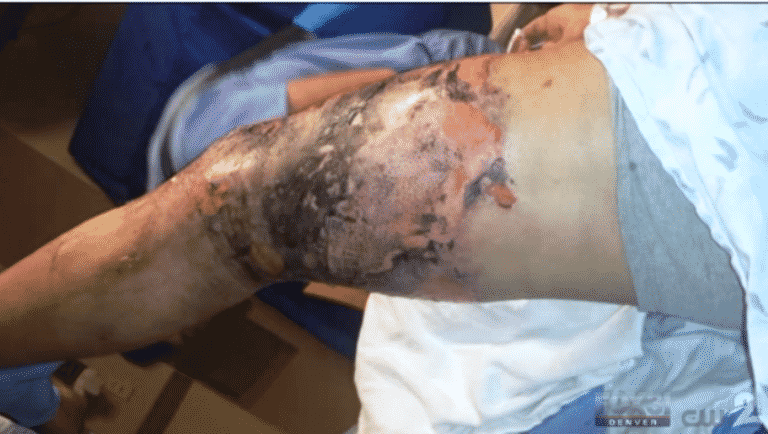 Marcus and his dad have decided to share his excruciatingly painful experience online in the hopes other people who use e-cigarettes and vape devices swear off them and quit smoking for good. 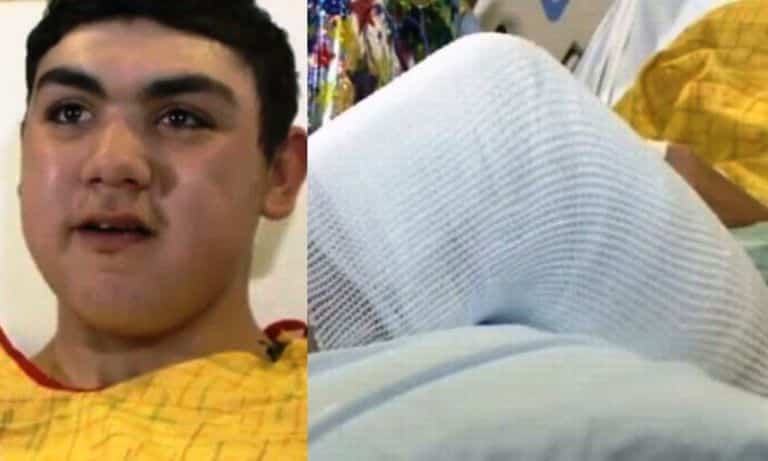